It's a update about a killer plant! And development shizz wizz.


Hello all, I'm here to do a little spill about our 4th prototype Chlorophyll. The idea come from our programmer Alex. His original spill of the game idea to us was that you play as a sentient, moving plant, whose goal is to attack and destroy humans. You abduct them and steal their bodies to grow larger, and be able to take more humans. All while trying not attract too much attention to yourself. All this and in a open world, sandbox game.

After the team brainstormed the idea to get some features down for a prototype and seeing what is feasible for a project like this one we decided to take the approach of a 3D side scrolling game, going through rooms of houses and out in the streets in a fixed camera position following the player, also you would have different stages of growth as the plant, and eating other things in the world make you bigger. So things like ants, flies, frogs, dogs, cats to even people.

So the general explanation of how the game would play out is that you start as a little plant in a pot like a fly trap and eating ants and flies on the windowsill of a kitchen. is the only thing to progress at this point. 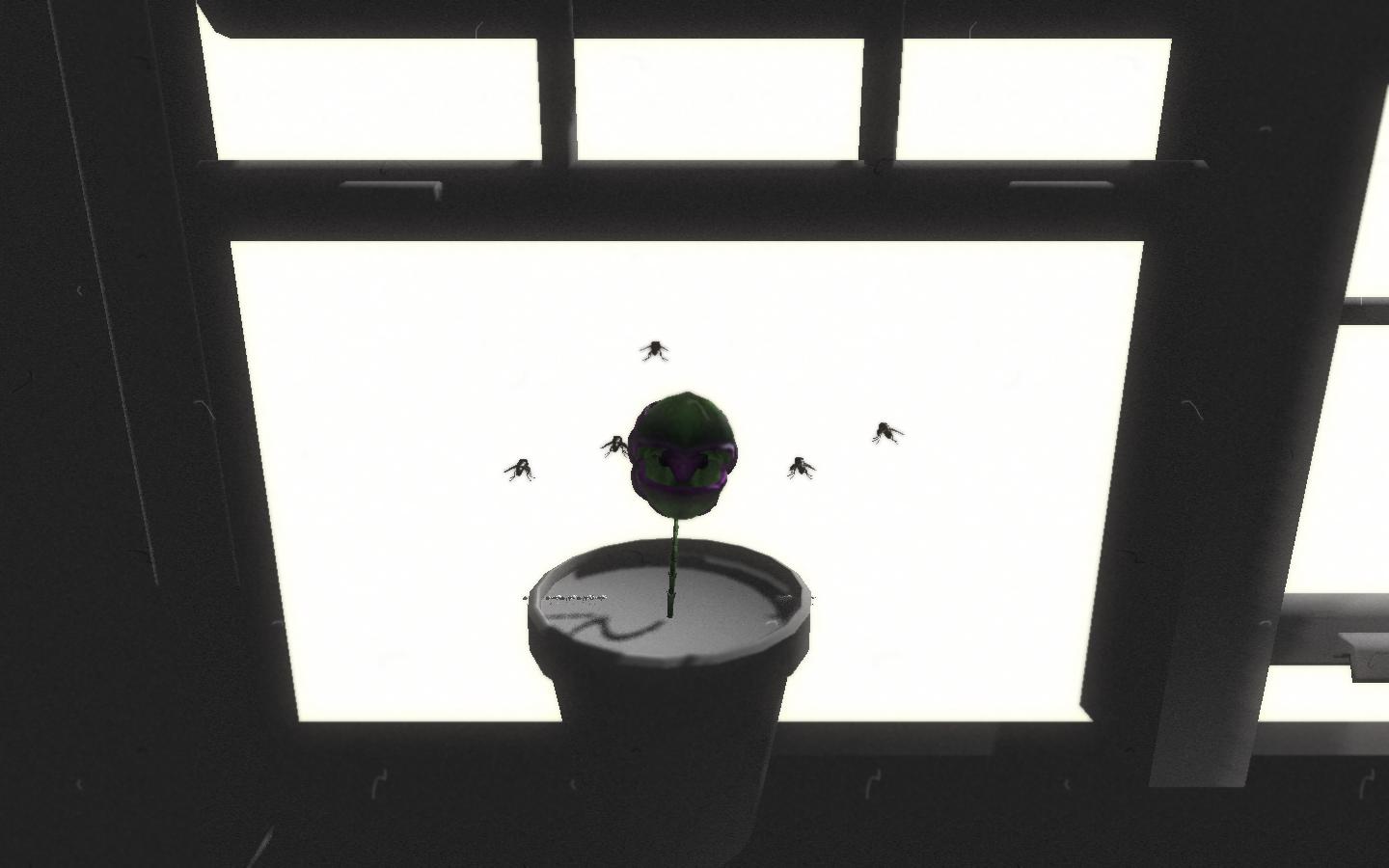 You would process to get bigger as you consume more insects around your pot until you are big enough to break out of your pot that happens automatically. The next stage is that you have grown to a size that makes you mobile, giving you direct control over the plant to move however you like around the kitchen. You can now begin to move around the scene in search of other means of food. In the prototype we placed cockroaches along the floor, on the bench and a frog in the sink as ways to get bigger and reasons to explore the environment. 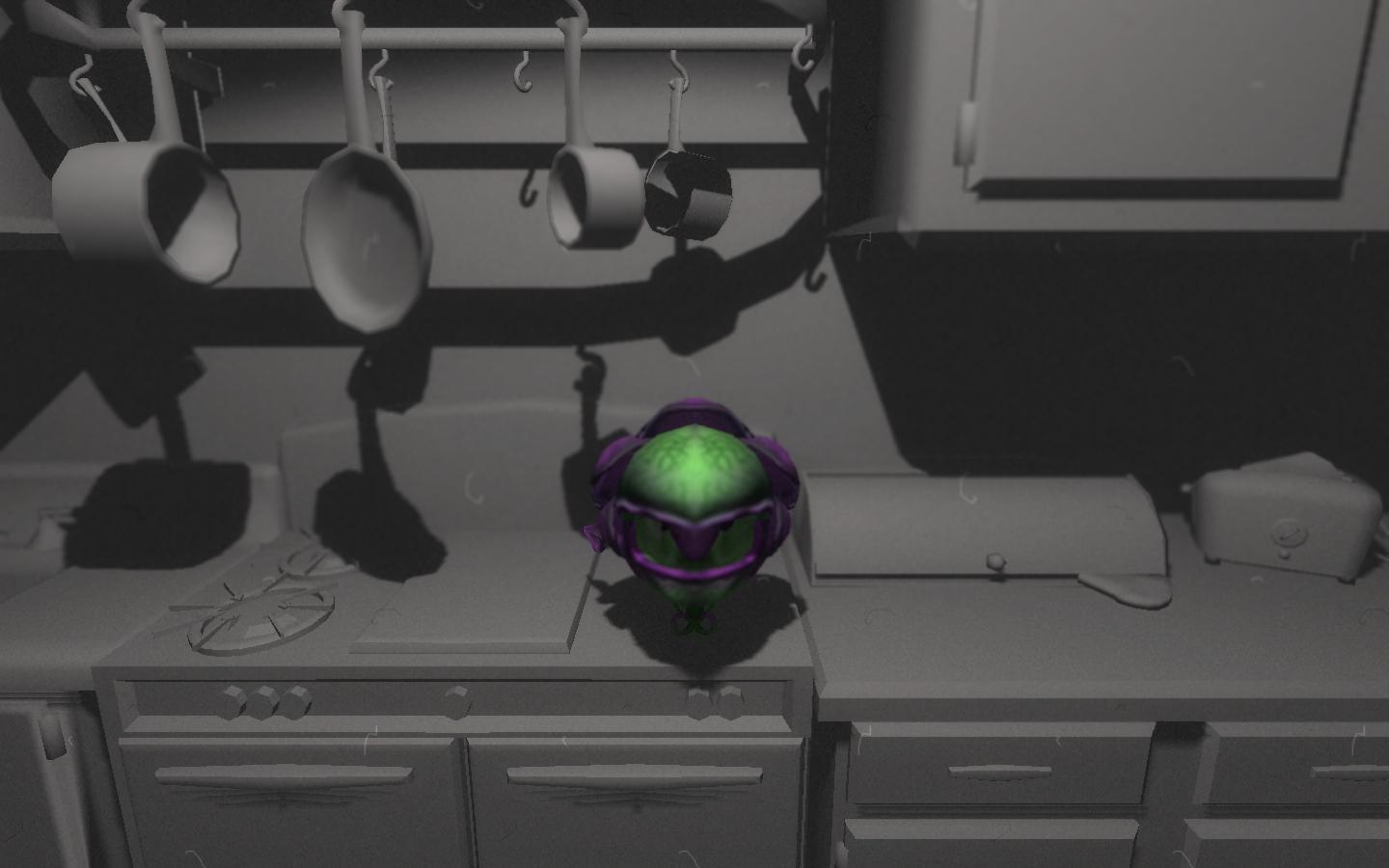 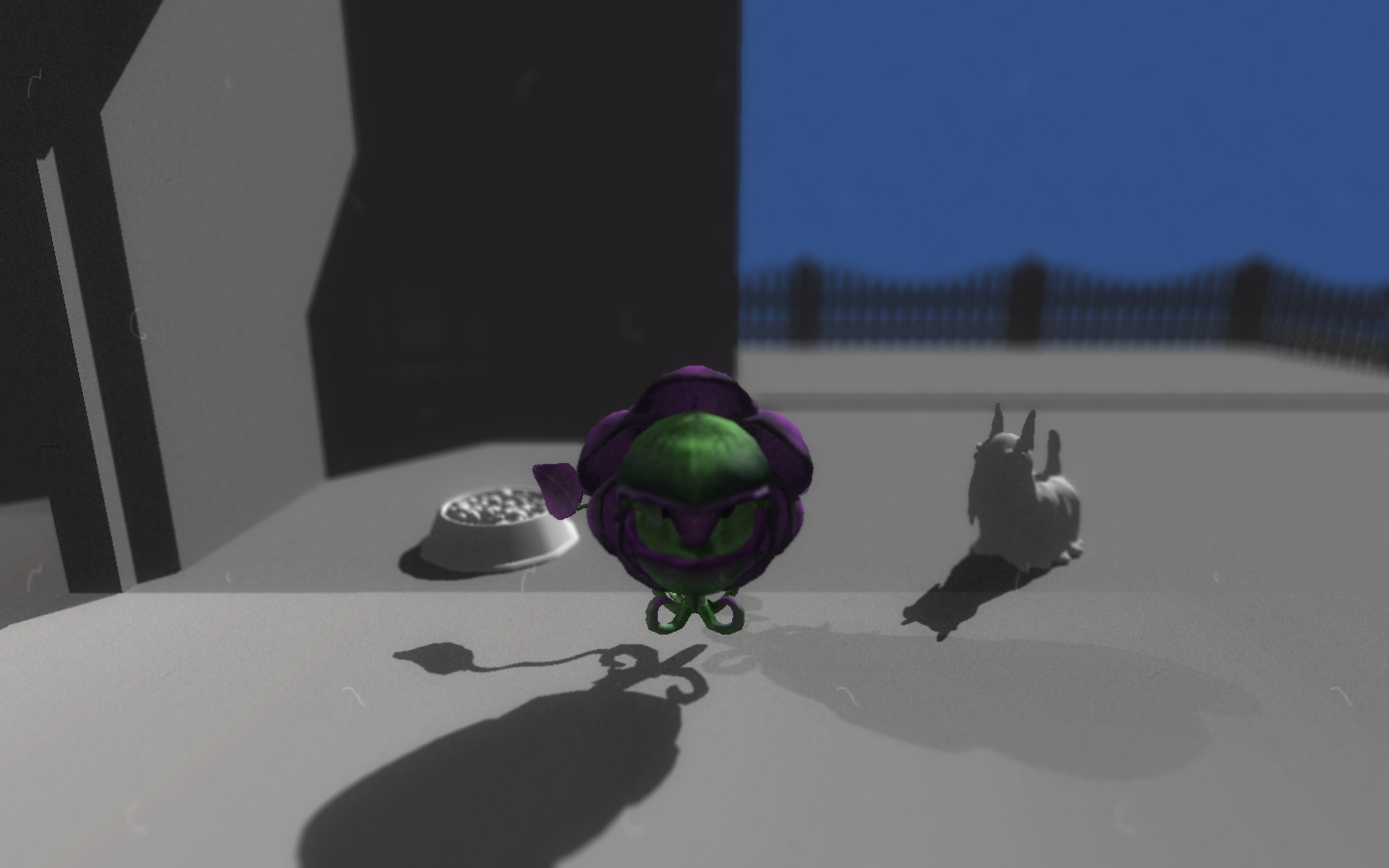 The game as said above extends outside and on the streets. Currently in the prototype we only had the front yard implemented with a dog there ready to be eaten! The idea was to have more of a street to go down and eat up some humans but we had a week to do this and time quickly came up on us.

So with the art direction of the game was that we wanted the game to look and feel like a shity B horror movie set in the 1050's. Complete with the 1950's styled kitchen, fashion, cars, buildings and sound/music, as well as having a grainy/scratchy movie screen effect over the camera.

So after the week was done Chlorophyll was at a level that we were happy enough to show to people the idea of the game with one of its main features working but as usual, we are never satisfied with amount of art we got into the game. There can always be more art! But anyway another week, another prototype and another idea executed and played with. I would've loved to have worked on it for another week or so as I love B movie stuff and it was just a blast to work on. So that does it for this update peeps! Come back this time next month to see what we did next!