In the game, the player controls the crew of a pirate ship. The player must sail the ship over a number of sea zones, each with events procedurally generated in a roguelike fashion, while facing against pirates and other hostile forces, recruiting new crew members, keeping discipline, outfitting, upgrading their ship and more.

What is Pixel Piracy Simulator? (PPS)
Pixel Piracy is a side-scrolling 2d, simulation roguelike-like game created by me. I do ART,Programming,SFX and probably music if nobody volunteers to do it for me :lol: I started doing this project on 01.06.2013, so its over a month old!

So, in the game, the player controls the crew of a pirate ship. The player must sail the ship over a number of sea zones, each with events procedurally generated in a roguelike fashion, while facing against pirates and other hostile forces, recruiting new crew members, keeping discipline, outfitting, upgrading their ship and more. This game... well it was inspired by many pirate games and by the FTL.

Why i am doing this game?
I always liked to experiment when doing games and i think that this game looks promising,i plan to show this game at (Assembly Summer 2013 – Hartwall Areena, Helsinki). And i wanted to keep you guys posted on my progress and to get some publicity! lol. Maybe one day this will be big hit... we don't know, but we have to try! And i don't have any release date yet! Sorry :P

What is the gameplay like?
This game is all about the pirates, but the focus here is all about the crew and the ship. Basically, when the game begins you start with the X amount of gold and from there you have to build your first ship from the blocks and recruit first crew members. Since the game is rogue-like type game starting scenarios and everything is randomly generated. Once you have your first ship created and crew hired, you will have to buy stocks.. food, ammo for your cannons and only then you will probably want to set sail!
In the sea begins the real challenge, as the pirates on the board have very own unique AI that controls how they behave which in a fact creates a dynamic between the crew and this is how the game actually plays. So, if everything is automated what does the actual player do? Well, you issue commands to your crew members, those commands are mainly a directions like "Mop Floor","Set Course","Change Captain" and many others. It's like a visual novel, i am bad at explaining, but if you have played FTL then you know what i mean.

Decisions as a captain you have to make
Here is 1 example:Food stocks are running very low, and you are not sure if they will last long enough. There is 2 major decisions that you can make right away. 1) Walking the plank 1 of your pirates is sure way to get some more time as there will be less feeding mouths. 2) Hope for the best and pray that you will reach port in time, but risk that crew can panic and start revolt. This is just 1 example how this situation could go, but in a reality the game will be completely different when you will be playing same scenario and decisions will be completely different.

Screenshots looked epic and i love the game idea, how can i help?
Simple. Visit our site Piracysim.com or follow us on twitter: Twitter.com and if you have questions then i urge you to post them here and i will try answer them as soon as possible! 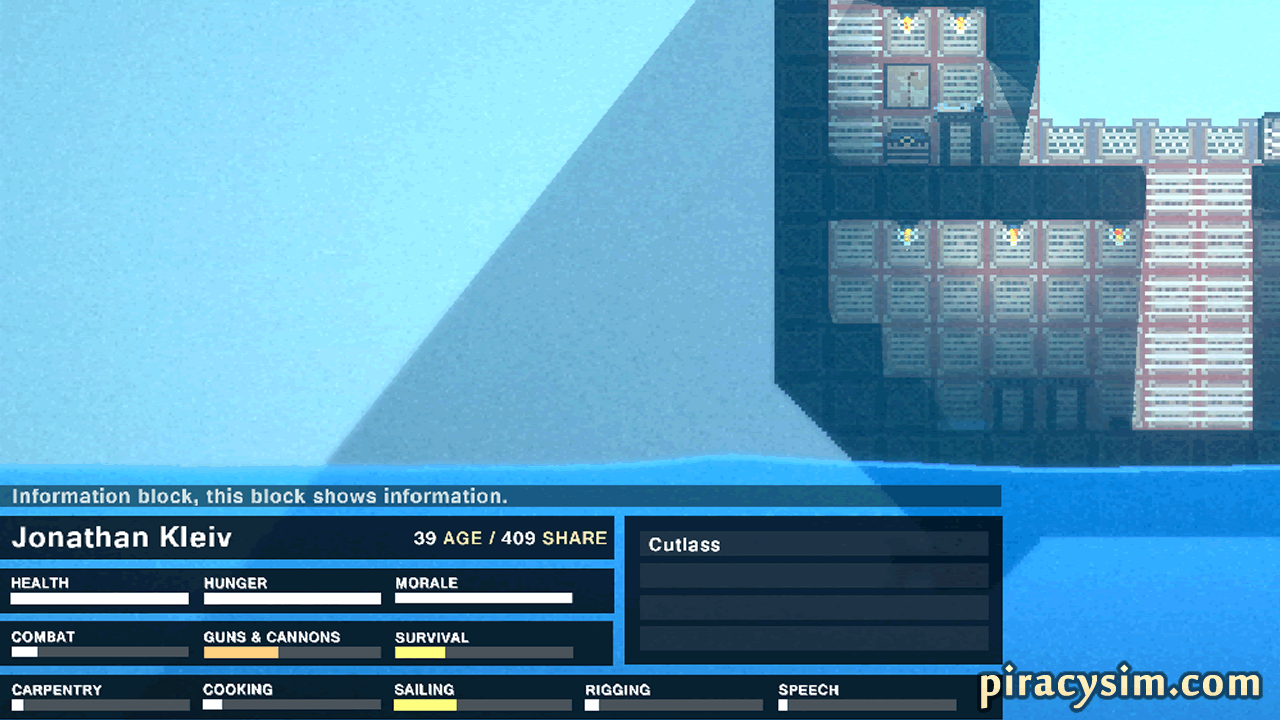 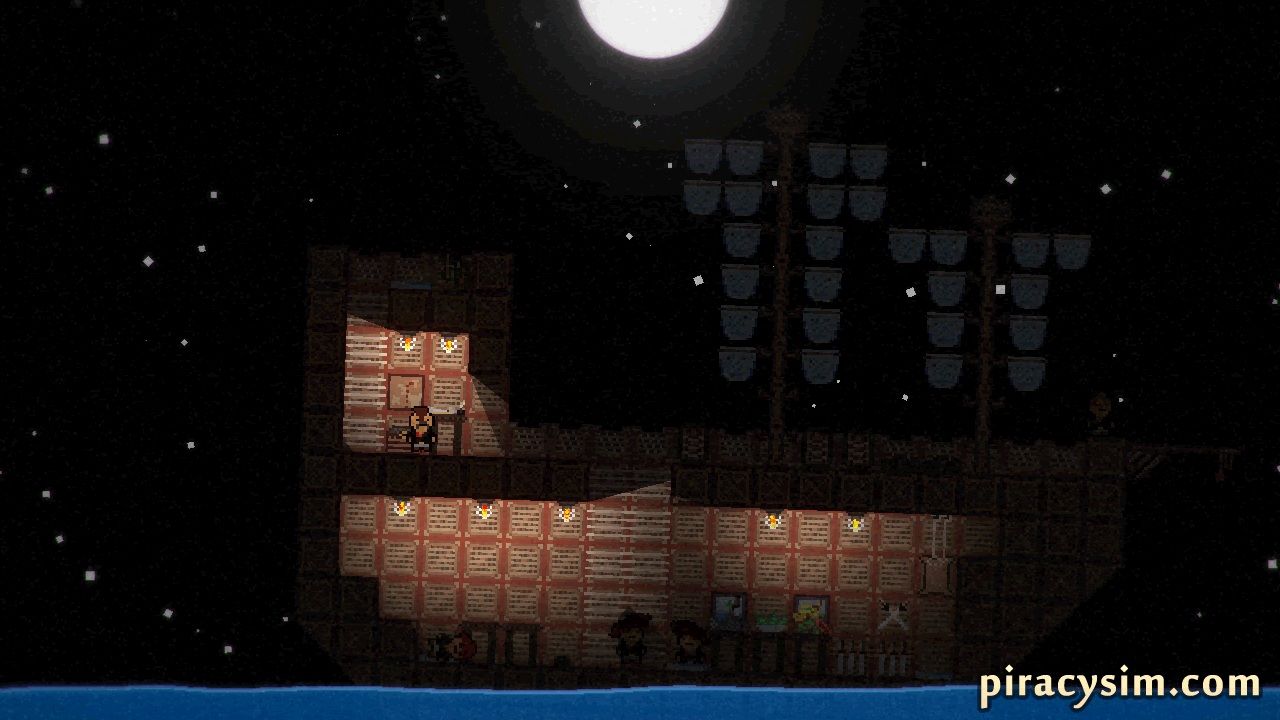 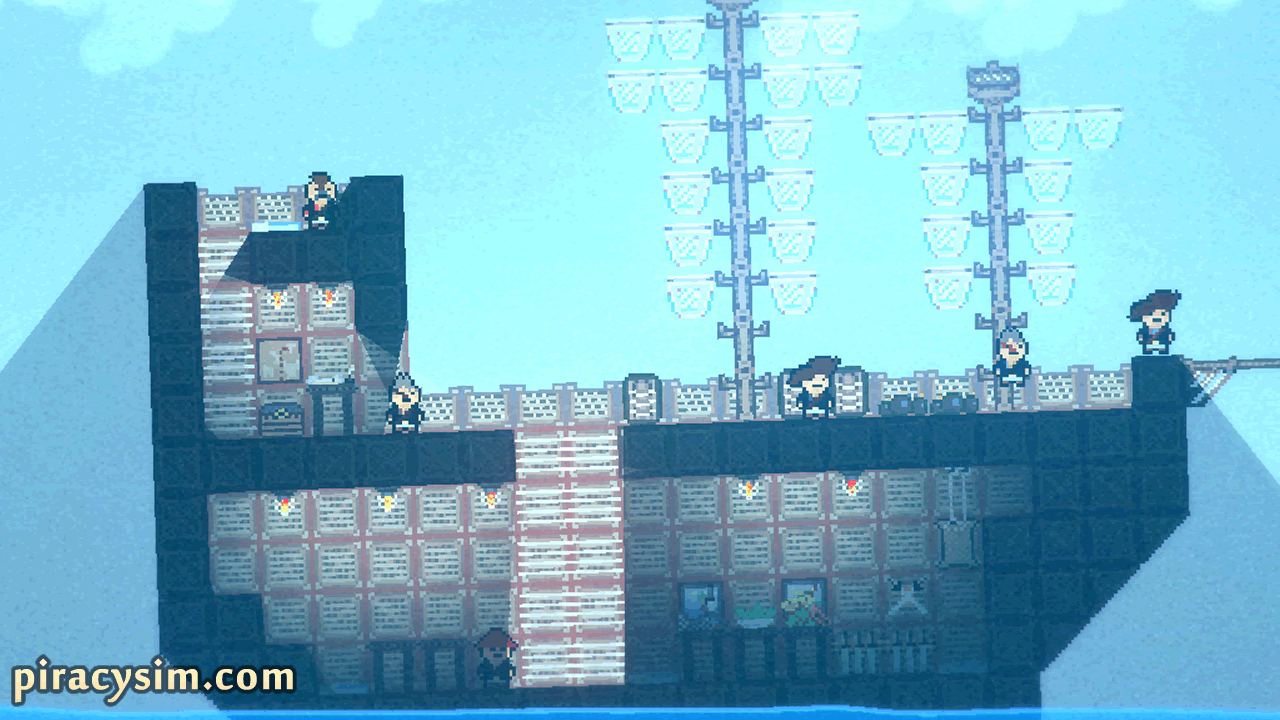 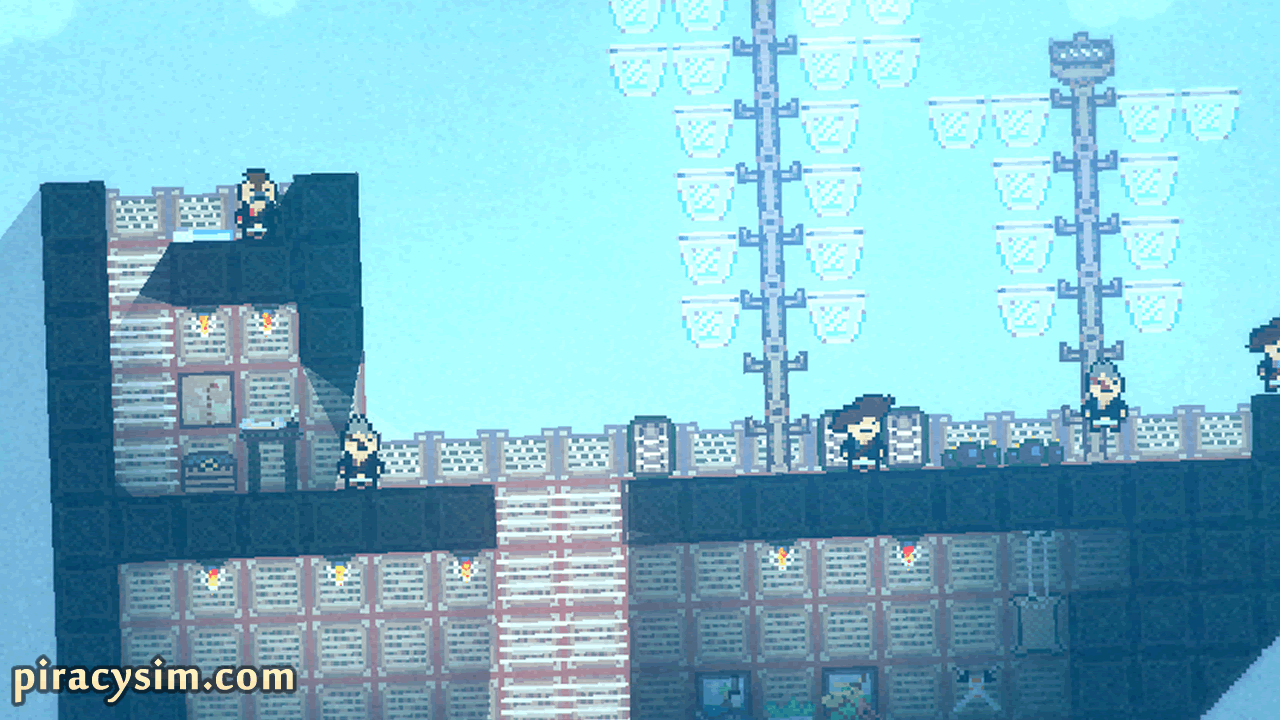 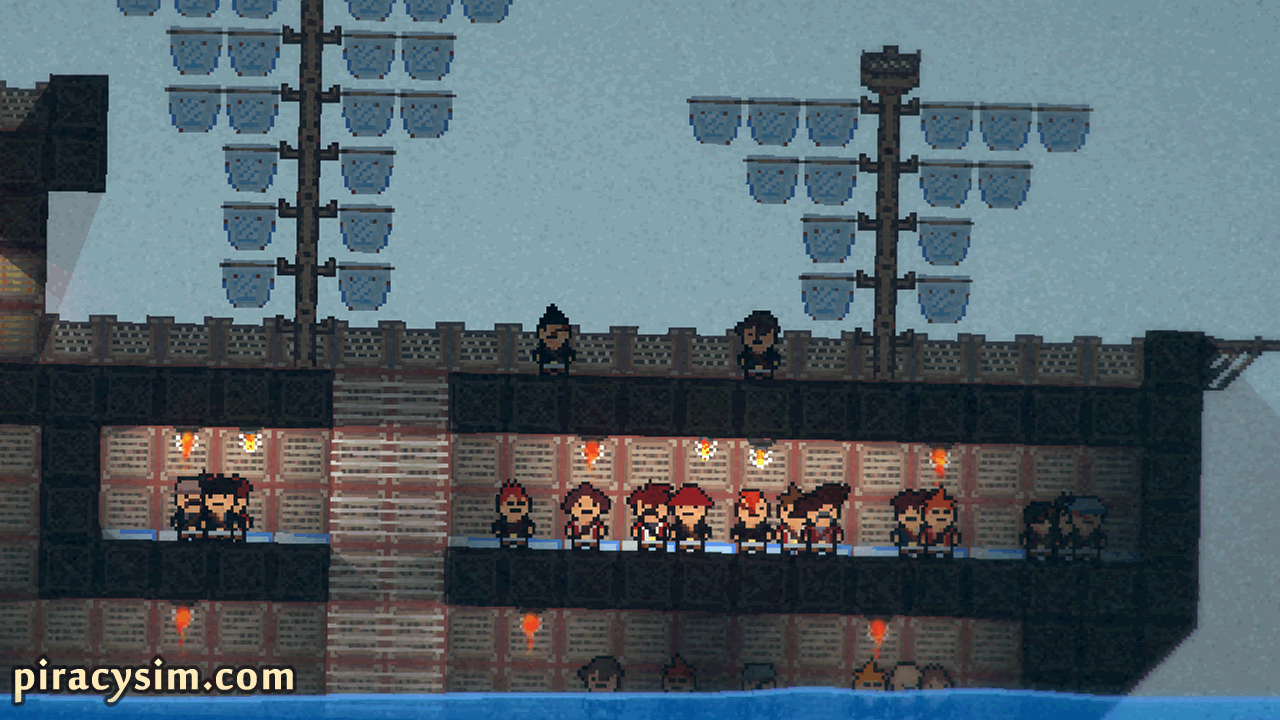 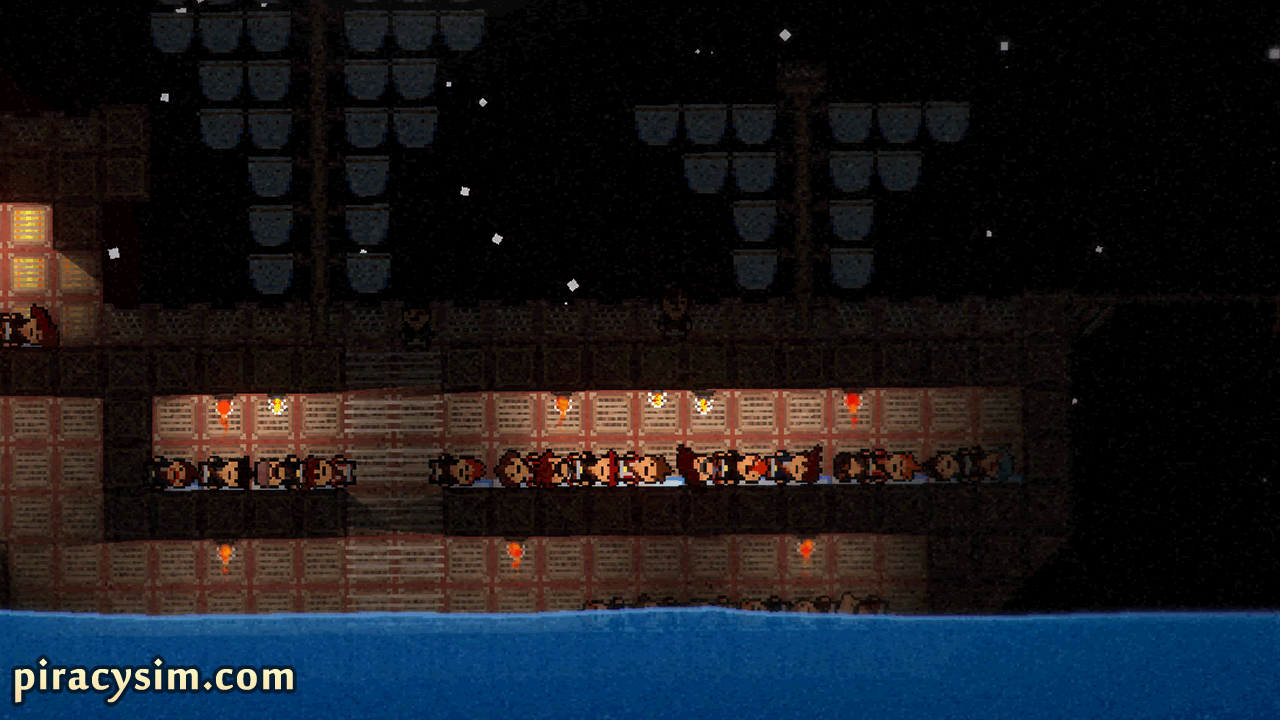 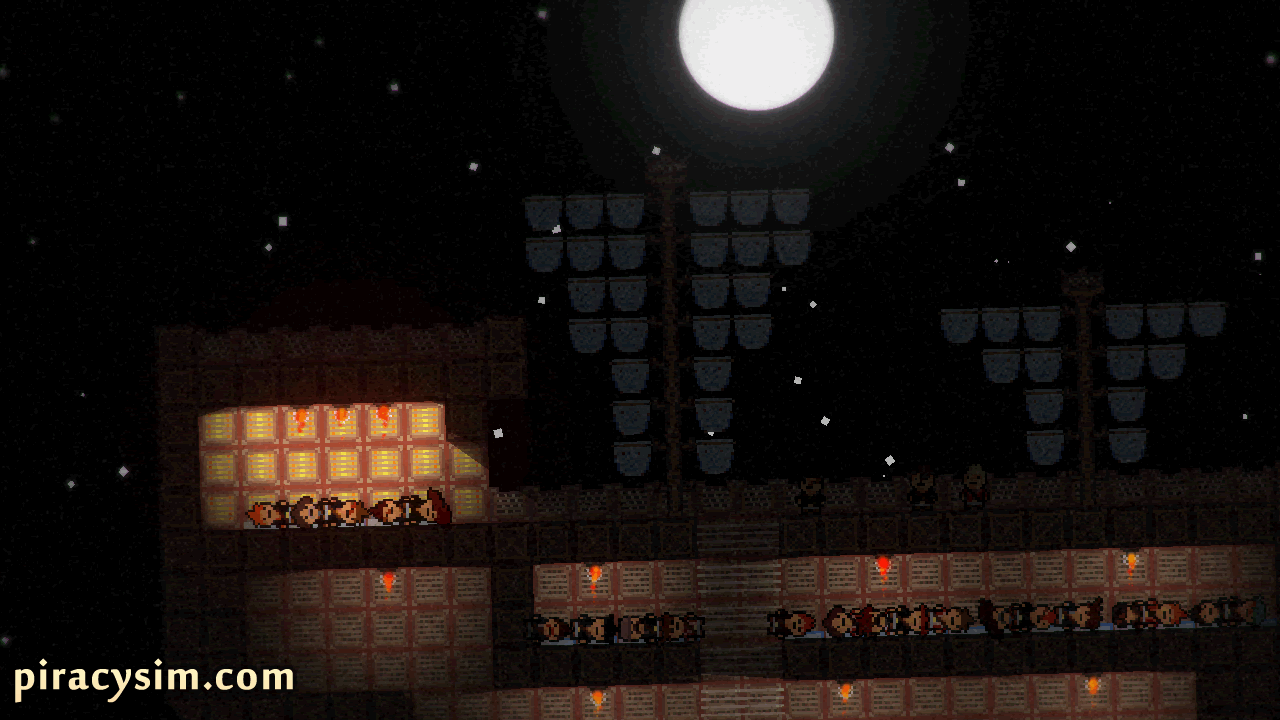