Post news RSS What is Mark of the Beast? - The Journey Begins!

A summary of what Mark of the Beast is and an introduction to the project.

My name is Daniel Butler. I am the lead developer and a programmer for the Multiplayer Survival Horror game 'Mark of the Beast'. A game about Stealth and Genuine fear with a unique B Movie aesthetic.

With the publication of our IndieDB page and our first pieces of Concept Art and alot of work behind the scenes I can proudly say that we are well on our way to creating a game that we hope that the general public will really love to play!

So, what the hell is Mark of the Beast?

Mark of the Beast is a concept I formulated one night after thinking about the countless cliched horror movies I have seen. The ones that you watch just screaming at the TV in frustration as you know that if you are in that situation, the kinda situation where you are being hunted by a creature in an abandoned house/sewer/tunnel you would do something different.

Mark of the Beast gives you the opportunity to prove that and if you are so inclined, be the beast... 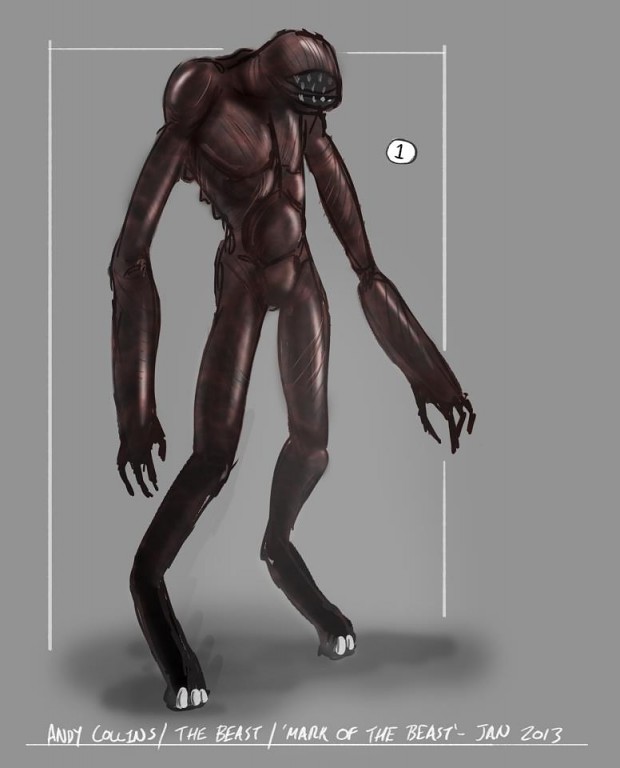 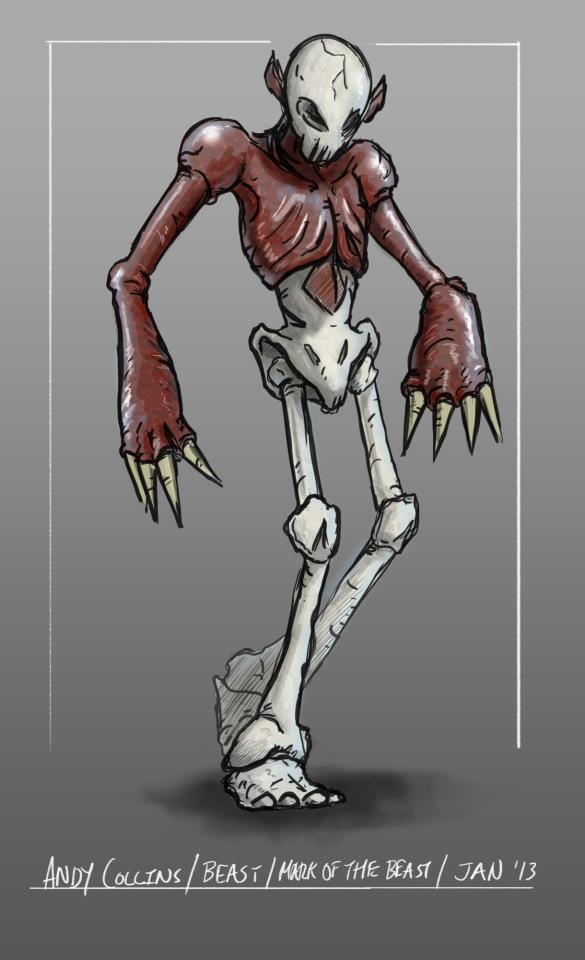 The game will stray away from human combat and instead focus on puzzle solving, team communication and stealth.

For example picking up a wrench may seem like a suitable weapon for hitting the demonic beast over the head with but it would be much better used smashing open the lock to a nearby door...

The beast however is a slow yet demonic creature who is determined to stop the human team from completing their objectives at any cost. While not possessing any direct combat abilities the beast has the ability to suck the life out of nearby victims, create disturbing optical illusions, use a demonic scream to disturb and disorient the humans and has many other exciting abilities we are not quite ready to show off yet!

A few final words
We hope you will track this project and it excites you as much as it does us. We are working on environments and other fun things behind the scenes that we are eager to show you all!

We look forward to this journey and hope that you will all join us through 2013 as we create Mark of the Beast.

Mark of the beast was taken from the bible as the truth...
but in gaming world, you can interpret it in different...

That's the beauty of games my friend! :)