Another weekly update recapping what has been happening in the development of Crea. This week we made some major game changes and believe to have finally gotten multiplayer to a working state - huge victory.

I missed posting the weekly recap #5 here but you can find it over on the Siege Games dev blog.

The bug fixing continues! More than two dozen bugs have been fixed this week. We also managed to make some impactful gameplay changes: Researching was overhauled, blocks now can go on both the ground and wall layers, the tools (mattocks) were redone, and we implemented some other feedback from our testers. Oh, and multiplayer is supposedly working now!

It was all too common to drop a pile of materials into your research window, click “Research” and go on your merry way. This is not how I wanted researching to function. I wanted it to be more hands on – you’re engaged and making decisions. Consequently, researching needed some heavy modification.

Now in order to research items you must first craft a “Research Desk” and be nearby it to research. When researching a material you must select the item category to focus on. For each research you can now learn multiple recipes instead of always one. The number of recipes you learn is based off of your craft level and the level of the item(s) you will learn. 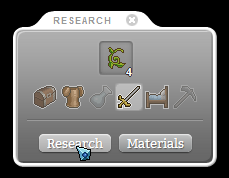 Researching is feeling much better than before! One remaining change we want to make is to avoid having a single item used in too many recipes. As it stands lumber is used in 56 recipes! That is way too many. In the future we will be limiting a single material to be used in at most 20-25 recipes.

Another massive change is that now blocks can be placed on either the ground layer or wall layer. Before we had “Dirt” and “Dirt Wall”. Now it is just “Dirt”. There are a few major benefits to this approach. 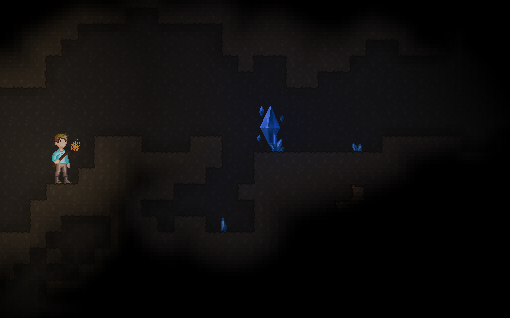 Complimenting this change to blocks, we did a complete makeover of our mattocks (tools) to be more in line with our equipment. Now mattocks have equipment attributes and are upgraded from one to the next. Alsonow all blocks can be destroyed by any mattock. I believe this will have a very positive impact on gameplay. Previously we needed the rigid block restriction rules to gate players; however, this is no longer the case. Instead we have the nice side-effect of gating progress by having most items upgrade from earlier versions. 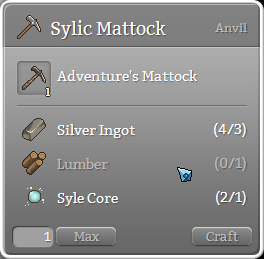 Anyone got any lumber?

Even though I don’t always have the time to reply to all our beta players feedback, I’m reading it! Here are a few things that you can see that already made it in the game that was player feedback.

Finally, after much toil, I have gotten multiplayer to a working state. I am sure it still needs much love before I would consider it complete. Why did multiplayer take so long and what was wrong with it? Sooo many things… I had solely tested multiplayer on my local connection and things worked perfectly fine; however, once in the real world it immediately broke down. I investigated for days and continued to bug the good people on the IRC for assistance in testing and then yesterday I finally discovered the cause for all my troubles.

Over the last two weeks since we launched beta, I have been working hard to get Crea to a good point with all features to be working well. I imagine there will be several more bugs for multiplayer to come in, but now it is finally time to turn my focus to do some of this work to get official modding support in. I will likely be going back and forth between this and bug fixes/small enhancements over the next few weeks.

Please release just a little demo for us :)

Your pixel-art is really really beautiful!