All the new features which have been added this week, in one neat overview video + blog!

Hi there! Welcome to the first weekly recap of Checkmate! In this weekly recap, I'll talk about all the new features that I've been adding this week. As promised, there will be one big update, and a couple of small adjustments / bug fixes.

In case you don't want to read through all of this (although I'd recommend you do), here's a gameplay video showing all of the new features from this week:

Note: The music used is most likely not going to be any of the final game music. I just put it in there, because I thought it would be nice to have something to listen to!

It may not seem like a whole lot, but they are some pretty big features! You can read more, down below..

Let's start with the big feature of this week; The ability to place furniture in houses, and influence the way they work by doing so.

The general premise of the furniture in Checkmate, is to give players freedom in what they need exactly. There aren't many buildings with several different stats from which you're going to have to choose; You'll have one building, and dependant on it's furniture, you can give it any feature you want! 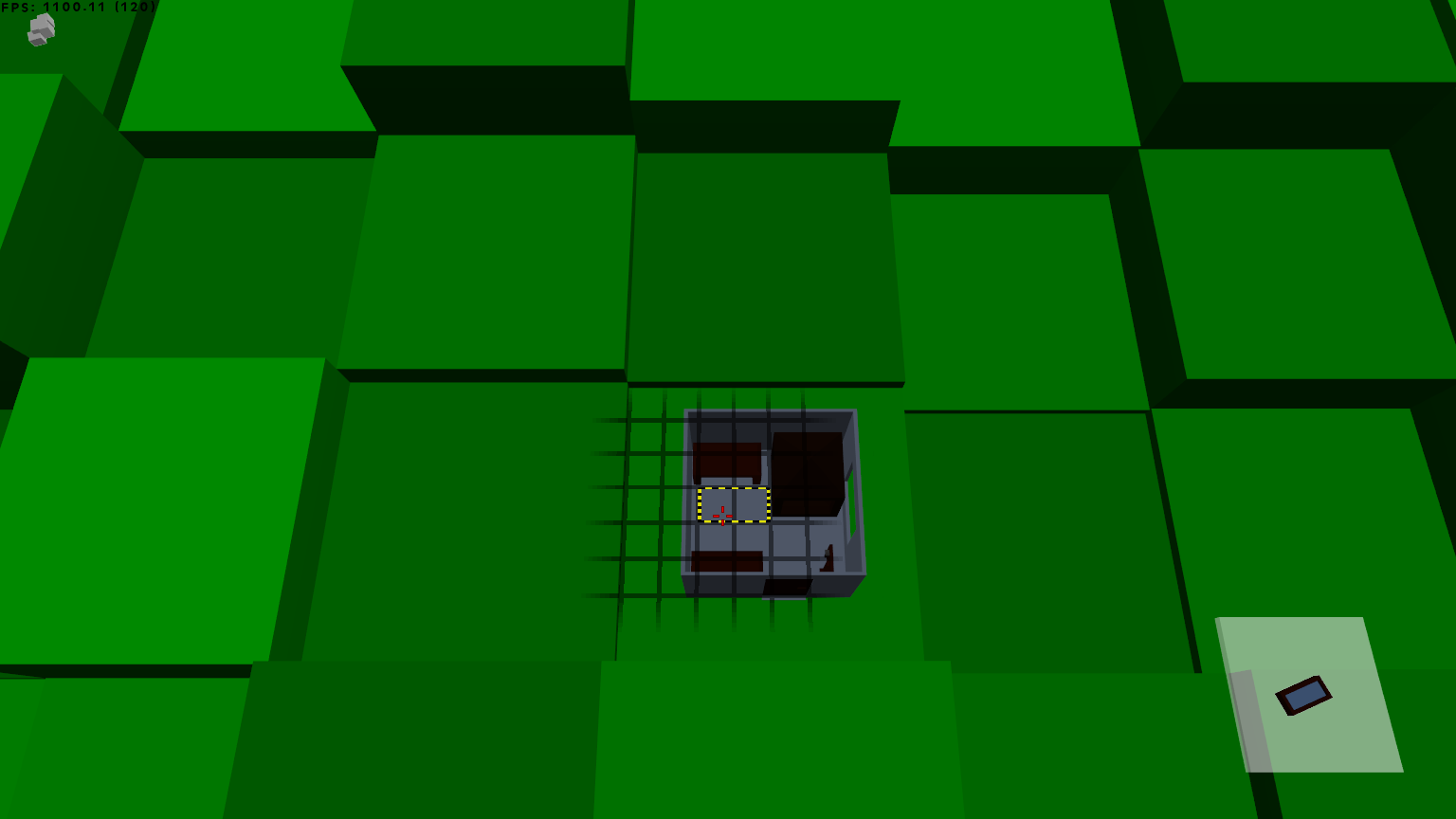 Previously, you were able to just build furniture wherever you wanted, but I've worked really hard this week to make sure it works as intended now. You can place furniture only inside of one particular building (for now) and you can rotate it in any direction. Currently, you can place down things like tables, tubs, weapon racks and miners.

The only thing which really has a feature now, is the big block in the image above; The miner. I'm going to need to redo this model, because currently it's not representative of what it should be. Expect a better model next week.

In the .gif above (made a while ago), you can see how this works from a top-down perspective. You place down the furniture, and you can rotate it in any direction you like.

Whenever you place a building like the ones above on top of an ore vein, it'll start to mine that ore vein. Now, usually, this is really slow, and you won't gain much ore. What you can do however, is upgrade the mining speed by placing down some miners as furniture!

The .gif below demonstrates this:

I've also added a small feature, in order to balance everything out a little. Whenever you mine, there's a small chance the ore will deplete, but, the faster you mine from the ore vein, the greater the chance that the vein will be depleted. This makes for an interesting mechanic, as ore veins won't last very long if you are very greedy. You can see this happen within the recap video.

Let's now have a look at the other things I've added this week.

First of all, there really was a need for an ore counter. So, I've added one. It looks somewhat like this:

The ore counter gives you a nice overview of the amount of ore you currently have, which is great!

I've added more this week. For example, buildings won't function without a worker anymore (a pawn, in this case). This finally gives the pawns an actual use!

The .gif below demonstrates how this works:

The final small feature of this week is the ability to destroy buildings you've placed incorrectly by accident (or simply because you want to destroy them!).

I'm not really fond of the way you destroy the buildings yet. I'm currently thinking about adding a tool, which allows you to instantly destroy stuff you click on; Much easier and cleaner. I'll see how that'll turn out.

And finally, let's list all of the bug fixes and minor patches I've done during this week (in chronological order):

And on that note, I'll leave you guys here. Hopefully you're enjoying the progress so far, and if you do, feel free to let me know! You can also hit me up on Twitter, or even email me personally!

Have a great weekend, and see you guys next week!