New version with some minor changes that makes the better game

So what is new this time? Shattering models on death. This may seem like no big deal but it makes the game a bit more fun when there are flying creeps' parts all around you. Next I have added some new sounds, mainly the birds all around you, new footsteps and death moans. Other change is that you can change each bot's lane. Every player should be visible on the minimap from now on. You can now simply signal to the team which lane you go by pressing 7, 8 or 9 on the keypad. I am thinking of adding defend and attack messages to "+" and "-" and that should be all needed communication within team in public games. No chat within game, no need for it. And later on when teams get added, voice communication is better choice. And I hope networking should be better than before.

For the new version I may change ingame equipment buying and leveling to a persistent one. So after each game you get an item to the inventory. I was thinking about items having quality, prefix, type and postfix names randomly generated. Prefix will make what kind of attack you have and postfix will modify character attributes. Or maybe items have effect on stats and socketed stones on attack kind. Not sure yet. 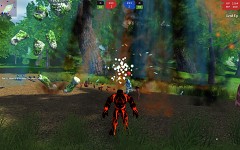 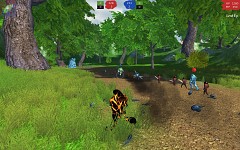 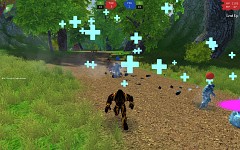 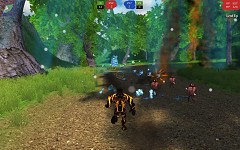 Linux version probably has broken mouse wheel. Not sure when it will be fixed as it is a bug in Unity.