The party-based Dungeoncrawler-RPG Forgotten Forces is now on Steam Greenlight and needs YOUR vote to make it to Steam! Head on over and give it your thumbs up!

Forgotten Forces is now on Steam Greenlight and needs YOUR vote to make it to Steam! Head on over and give it your thumbs up on Steamcommunity.com

"Forgotten Forces" is a classic tile-based Dungeoncrawler with an action-timer battlesystem currently in development (release planned for 2016).
Build your own party of adventurers and meet additional characters down in the mines! Interact with various NPCs and receive quests from the guild! Craft items and spells, using gems of various powers to create your very own setup of equipment!
With a focus on battle and character development, Forgotten Forces will have you fight hundreds of nasty, pixel-animated creatures in a wide range of environments.
Drive deep into the mysterious caverns discovered below, search for ancient artifacts, translate foreign inscriptions and solve tricky riddles to reach it's depth and discover an ancient mystery. 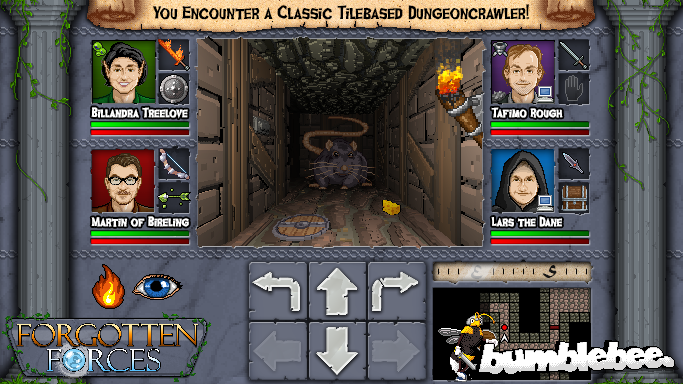 Magic Crafting System
In Forgotten Forces, your mages won't use their magic by the book - they craft it! Every mage is starting the game with a first magic wand, that - by itself - can't do nothing. Once you equip it with a magic gem, it will receive the gem's magical powers. There's a wide range of gems: Gems of fire, ice, wind, power, darkness and the likes.
Combining a wand with a gem of fire, for example, will provide you with magic light, illuminating the dungeon. Add another gem of fire and a gem of air and you'll get a powerful wand of fireballs.
The same can be applied to specific weapons featuring gem sockets. Adding a gem of fire onto a sword will make it a Sword of Fire, capable of dealing fire damage and so on.

Battle System
Forgotten Forces will feature Active Time Battles. A battletimer below each character will tell you when it's ready to act - clicking the character's weapon will have him attack, clicking a wand will cast a spell, clicking a potion will use it. Each action will restart the timer. Your opponents are acting likewise, which is making speed essential for success. Leveling up your heroes and enhancing their speed with magic is going to be your key to beating stronger villains.

NPC Interaction
Many of the classics lacked communication with NPCs. In Forgotten Forces, we will have a multiple-choice dialogue system. Encounters may lead to various outcomes, depending on your selections: receiving information, sidequests, battle or even the option to invite the person into your party. 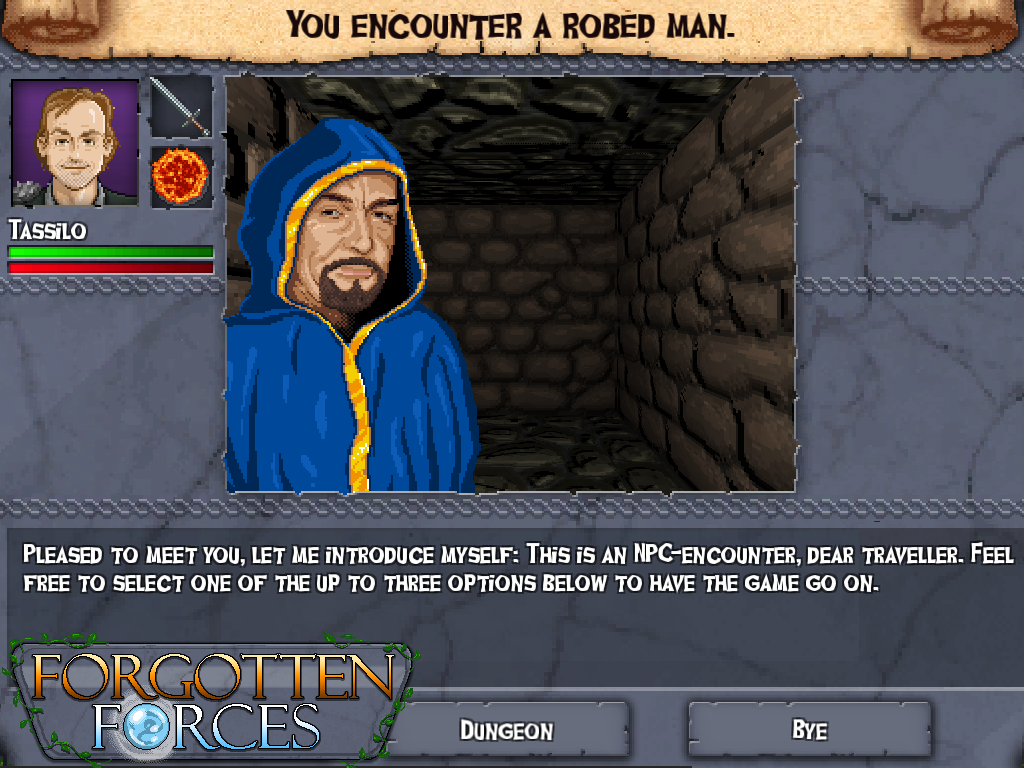 Expect at least 20 different creatures to battle, 30 floors to explore, 50 items to collect and ten hours to play.