We've been busy behind the scenes and couldn't talk about what we were up to, but now we can! So we present 'Viscera Cleanup Detail: Shadow Warrior'! A stand-alone minigame free to any who purchase Shadow Warrior. Read on for more info and a brief of what's up with full VCD.

Greetings, humble greetings fellow custodians. It has been far too long since we last shuffled into the staff room.

However, we have by no means been slacking off behind the crates again! No, we've been working on a little mini-game crossover of VCD together with Devolver Digital and Flying Wild Hog. We bring you “Viscera Cleanup Detail: Shadow Warrior”.

VCD:SW is available for free to all who've purchased the new Shadow Warrior, whether on Steam, GoG or Humble. You’ll get to cleanup one of the most iconic katana battle scenes of the game, with certainly over an hour’s worth of cleaning time, and various little surprises. It also comes with various changes to normal VCD content, and some additions themed along the lines of Shadow Warrior, drawing on its universe to create some unique surprises. Even your trusty space mop has been replaced with a wonky-at-best bamboo mop!

It features some newer fixes and features that will be making an appearance in normal Viscera Cleanup Detail in due time, as well as 2 achievements. 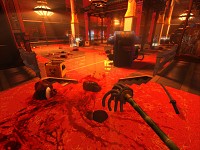 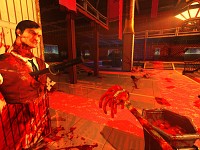 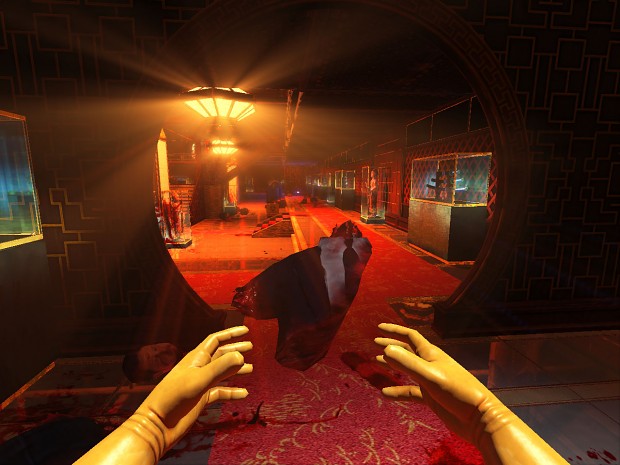 A fair bit of the work we've done on VCD:SW will find its way into the next, and or following VCD updates as we start to release them regularly once again. And on that note, work continues on the previously mentioned Medical-Bay, we've refined its concept and are now working hard on getting it well fleshed out ASAP, it will feature various advances from previous VCD levels, and some other interesting elements. We apologize for the terrible delay with news, we have been just too caught up with VCD:SW, and sworn to secrecy until now.

Have these fine links, and do consider buying the new Shadow Warrior, it’s a great game, and if for no other reason, it comes with VCD:SW!

We'll be looking into releasing this ourselves down the line as well ;)

And you can still pre-order normal VCD for $5 from our site. It really helps us out, so please consider it :)

Thanks everyone, and we'll be back soon with news on normal VCD updates and improvements! Don't forget to download the free alpha of normal VCD right here:

I think this is a really clever idea, because sure, VCD is gonna be great, but because it's "clean-up after the aftermath" it'd be great to team up with hack and slash games and make this mini-game type of thing for it. Good job :D

Woah! It's great that you get to work so closely with a AAA publisher! Hopefully this means VCD gets more exposure :D

When I saw this, the first thing I thought was: "Genius, just as genius as when surgeon simulator released a free DLC featuring yourself fixing up the heavy from the trailer; meet the medic!" Just saying-Great-!

I just pre-ordered VCD cause I love you <3

Great game and all but umm,
how do I say sorry but I don't find this interesting or fun at all without hurting anyone's feelings?
"I'm just sayin"

Amazing. Will definitely be getting this.