Here is a video and more info that showcases some of the foundation that we have created for Vessels.

One of the most important aspects of Vessels that we want to make feel fun and challenging is combat. The combat will be centered around your stamina system, so managing it during fights will be key. Almost all actions performed will consume stamina, so there will be a number of factors that will affect how effective or ineffective your combat capabilities are.

There are 3 categories of attack modifiers in Vessels that will boost the amount of damage dealt to certain types of enemies.

Arts - Every attack in Vessels will be classified under a type of Art. The current types of Arts in Vessels are the Vessel Arts, Native Arts, and the Shade Arts. In short,

Arts can be learned by acquiring manuscripts. Once the manuscripts are found, the player uses the manuscript to learn the associated Art. Here is an example of 2 in progress Sword and Shield Vessel Arts.

This Vessel Art first strikes with the shield at close range.

All enemies in your imediate vicinity will be pushed back slightly. Then a second strike is followed up striking the target directly in front.

This Vessel Art does damage in an area in front of the player damaging all enemies.

We haven't given any of these names yet, but suggestions would be cool. Vessel and Shade Arts are likely to have additional effects added to them. Native Arts likely will not.

Strike - These are the different types of ways that your attacks inflict damage. These consist of Slash, Puncture, Impact, and Energy.

Attribute - Attributes are the different elemental properties imbued into your strikes. These include, but are not limited to Neutral, Fire, Ice, Lightning, Metal, etc. If Neutral, the strike has no attribute.

Being able to time your dodge with enemy attacks will maximize your combat efficiency. Be careful though, dodging costs stamina.

Dodging can also be performed in different directions to allow the player to reposition and counter attack. If neutral or moving forward, left, right, or back, a different type of dodge will be performed to better position yourself. This is demonstrated in the video.

As emphasized already, managing your stamina is important. Our inspirations for this style of mechanic has been the Souls game in addition to Monster Hunter and Dragon's Dogma. All these game require you to manage your stamina heavily or you will likely be susceptible to receiving damage or generally a punishing experience. One thing I haven't shown in the video is what happens when you over use stamina, but if you exceed the limit of stamina that can be used, your character will go into an exhausted state for a couple of seconds.

Here is a captured gif of that mechanic. 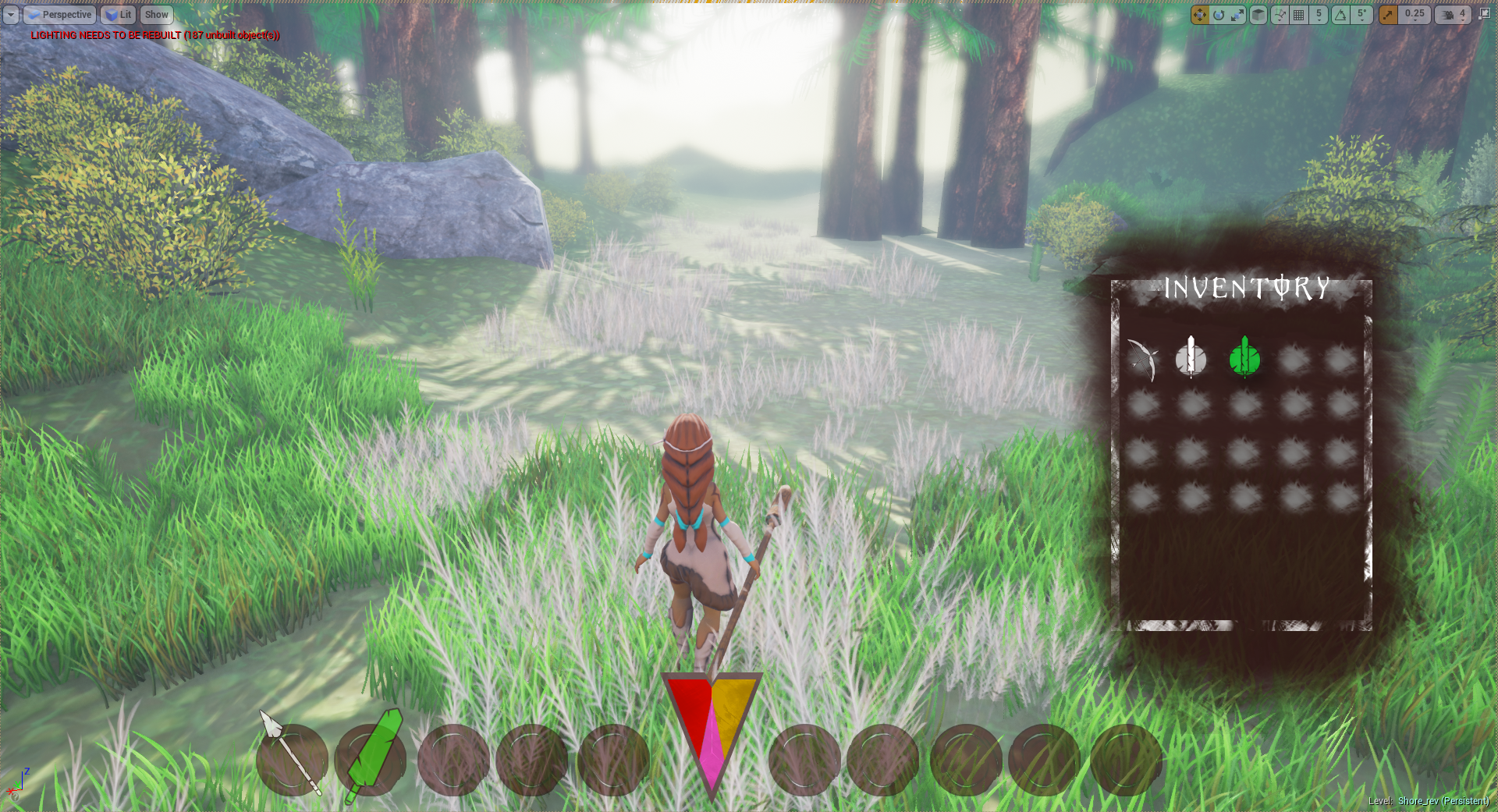 This is the first pass for the theme we're exploring for the final UI art. In the video, you will only see placeholder art. Later we will try to implement new artwork that is consistent.

The first Shade creature that I created is the Walker. The Walker is a corpse reanimated due to a parasite. The parasite itself cannot see, but it can detect movement and vibrations in order to sense nearby enemies. 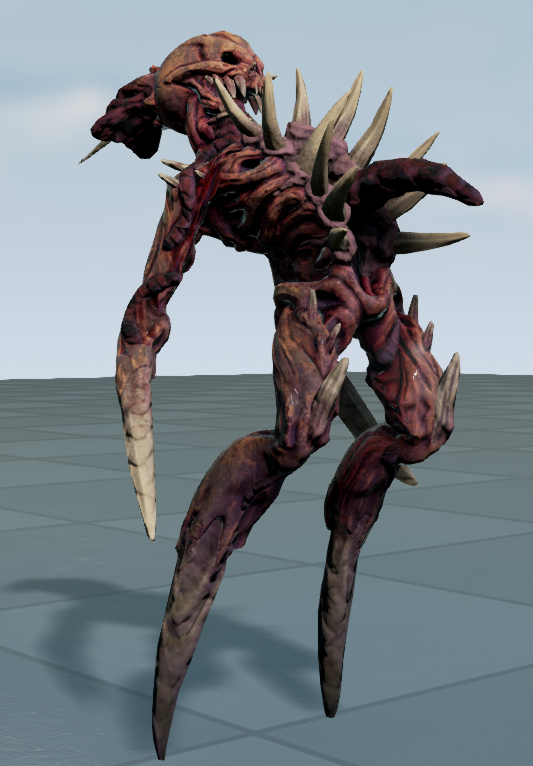 In contrast to the native creatures, the shade creatures are not as pleasing to look at.

The Walker finds itself coming out more often during the night time.

These are just a few of the animations that the Walker has. In the Youtube Video below, you will see this creature in action.

That's all for the update for now! I hope this video along with the info provides a better insight for the mechanics of the game. With further updates, I will expand on other aspects of gameplay vital to the player's survival.

Do you have twitter, facebook, something? i want to promote your game on my socials networks and my channel!