Hey everyone! Just a small update for you today to give you some insights into an aspect of Bionicle: Quest for Mata Nui that I havent talked about in detail yet: Elemental Abilities. 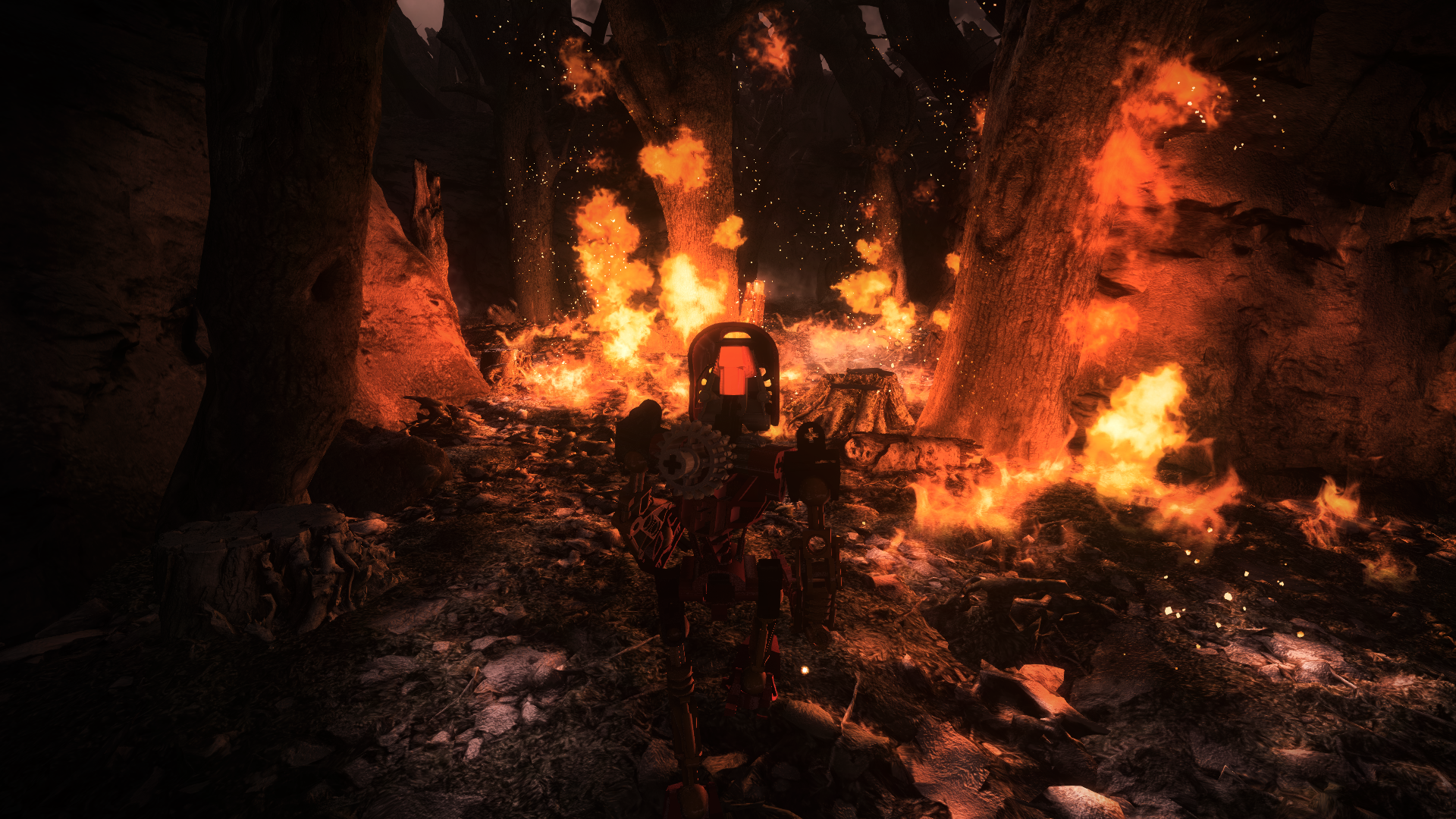 Be sure to join our discord server for more info: Discord.gg

Elemental Attacks
We need to distinguish between the basic "Elemental Attack" and the "Elemental Abilities". The basic elemental attack is executed by pressing the right mouse button and behaves similarly for all Toa: It sends out a destructive wave of elemental power that stuns enemies and deals damage. The exact properties, range, damage and special effects of these attacks varies from Toa to Toa, based on their element.

Elemental Abilities
Elemental abilities are different. Every Toa can select from a range of specialized elemental abilities. Tahu for example has access to **elemental traps** that activate when enemies come near them, the **firefield** ability sets the ground infront of you on fire and over time deals damage to all enemies within that area and the **volcanic eruption** causes a devastating area of effect attack that deals massive damage.

Every Toa has access to his own set of elemental abilities, with some overlap. For example, most Toa will have access to some form of the elemental trap, though they will be different in function.

Like with most elements in Bionicle: Quest for Mata Nui, elemental abilities can be modified with disks. Certain disks might make certain abilities more effective or change the amout of channeling stones they require. Other perks will increase the base amout of your channeling stones or the speed at which they are gathered. The end goal is that with the right stat and disk layout, you have the option to make a character that relies heavily on elemental abilities to get through the game.

This is a great way of evoking the feeling of 2001 Bionicle just by visiting the character menu.

I hope you enjoyed this little update! We have really cool stuff that is currently beeing worked on and you can look forward to some really awesome updates!