Post news RSS There Will Be Ink - Alpha 5.0 Public Release

Fancification, Accessibility, Battle Sounds, Engineers, Airstrikes, Sidearms, Vengeance... This new release of There Will Be Ink has it all!

I’ve got a new build of There Will Be Ink ready. First up, here is a new trailer featuring a new music track:

My goal with the previous (and first) public release of TWBI, alpha 4, was to get some general feedback about the game, and to that extent it was a success. I thank those who took the time to check out the game and give me thoughtful feedback.

During the testing process I thought a lot about the current campaign and game progression and where to take things in those areas. This new release, Alpha 5.0, is an evolution of sorts of the previous release, focusing on a lot of smaller changes and additions, while I’m planning for the next release to be larger in scope. Before getting ahead of myself, let’s cover what’s new in Alpha 5.0.

A lot of small graphical changes were made since the last release. To start, I prettied up the old player GUI, changing the background and layout, adding health and stamina numbers, and displaying how many rounds have been fired as well as how many remain:

For weapons that can hold over 100 rounds, such as the HMG with the “Magazine Hyperexpansion” ability, any rounds over 100 will be displayed in gold. Gold bullets! Livin’ large. The GUI in the center of the screen showing the weather, wind, and timer has been updated as well. I’ve also fancied up the background behind the notepad, with this woody new look: 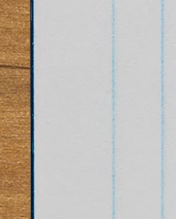 It is a little nicer to look at than the old solid brown background, and I plan to add more backgrounds in the future. Battle objects will no longer be drawn outside of the notepad now as well (that includes the three holes on the top). Other such fancifications include more visible and colour-coordinated bullets, new rank icons (and five rank levels instead of 4), mission titles at the beginning of a battle, bullets splashing in water instead of bringing up dust, a new additional rock sprite (slightly smaller, slightly less cover), a new alternate crater sprite, and a new grenade aim/throw animation.

Aside from filling out the “Controls” page, I’ve also added random gameplay tips that show up on the main menu screen. These tips are meant to bring the player’s attention to some of the less obvious aspects of the game. There are only a few in place so far, but more will be added, along with the ability to disable them for those pro players out there. I’ve also made the second mission a little easier by reducing the number of units, so that new players don’t get discouraged too quickly.

No longer will soldiers go out in silence, as I’ve recorded (and pitch shifted) ten “death cries” for when a unit is killed. I’ve also added some powerup sounds (for “high tech” abilities) and of course the new music track, “Battle a Comin'”.

I’ve wanted to add the Engineer for some time now. The Engineer is a mostly non-combat unit that can build and repair buildings and perform other support tasks. That’s right, buildings now have health! Instead of a single grenade, it now takes a few explosions to destroy a building. Not only can engineers repair damaged buildings, but they can also restore destroyed buildings, making the engineer a very powerful unit indeed. I’ve also added “blueprint” versions of the Barracks and HQ to the map editor, so unconstructed buildings can be placed on new maps. I plan to add new, unlockable abilities for the Engineer, such as laying mines, buildings sandbags, and so forth.

One good way to weaken a building or clear out a cluster of troops is via the new Airstrike unlockable HQ ability. Airstrikes still need a little tweaking but already are fairly satisfying to deploy.

Previously all units were equipped with a trusty sidearm pistol. All sidearms are now unit ability unlocks. I’ve separated them to go with each unit both to reward players for using a specific unit type but also because it allows me to create unique sidearms for different units. For instance, I’ve added a new shotgun as the unlockable sidearm for the Assault Infantry. The shotgun can be quite effective at close range.

Now, when any unit kills a player-controlled unit, the unit making the kill is marked with a skull & crossbones icon above them in the colour of the player they destroyed. Any player-controlled unit who then kills a marked unit will get full health, ammo, stamina, and grenades. I’ve only tested this very briefly, but already it is satisfying to be able to see “who killed ya” (or your comrades) and be rewarded for avenging a comrade’s death.

Aside from the items above, several small additions, changes, and enhancements were made as well, and most (if not all) known bugs should be fixed, though I may have introduced a few new one as well, who’s to say. I also reworked and optimized the dynamic unit death system once again and spent a bit of time optimizing the game’s code, with more of that to come.

Going forward, my plan is to update the unit AI and introduce behaviour states, which should allow for much greater variability in missions. Right now units are kind of dumb. Well, they are alright at taking cover when needed, using grenades, resupplying, etc. But their main behaviour is to just charge at the enemy and attack. I’d like to give them other behaviours, like “defend”, where they’ll pursue their attackers but return to their original position, or “stand ground”, where they will hold their position but attack anyone who comes in range.

I’m also planning to add text at the start of missions to add a light story element, and from there I plan to redo the current campaign, more or less from scratch. This may be the last free version of the game before I put a price on it, though I will likely include a demo version in the future (and of course those who have already donated to the cause will get access to all future builds). Aside from adding behaviour states and a new campaign, I’d like to flesh out the terrain variety and continue to add more sounds, music, and abilities and to polish things up. From there I hope to add a campaign editor so that player’s can string together missions they’ve created into their own campaigns.

Thanks everyone for your support and feedback so far!

Excelent, could you improve an editor like i can create (design) my own types of unit: Ships, Jets, Helis, Cars, Armored or no etc... Spaceships and more, SO IMAGINE THAT, create this game with the editor tool improve like another rts games but in this editor you can design new units like a mod, maps, changing basic valors and more..

Thanks for the feedback! I like your ideas, but they might be too ambitious for this project at the moment.

Awesome! Great to see 5.1 is out! Seems like an awesome update, I knew you wouldn't let us down.

Thanks for your support! Beta 1.0 is now released on itch.io and coming to Steam later this summer. Cheers!