The game is simple, move and shoot with virtual pad, but the player has just one life. Destroy enemies and survive as long as possible. That is main concept of the game.

Originally, the first release version was 0.5.0, and this version is 5th update build that has lots of contents than previous version. Oh, as most of indie game developers know, this game is made with UNITY.

Now I am proceeding next update with more 'fun' elements and If you have any suggestions, feel free and send message anytime. 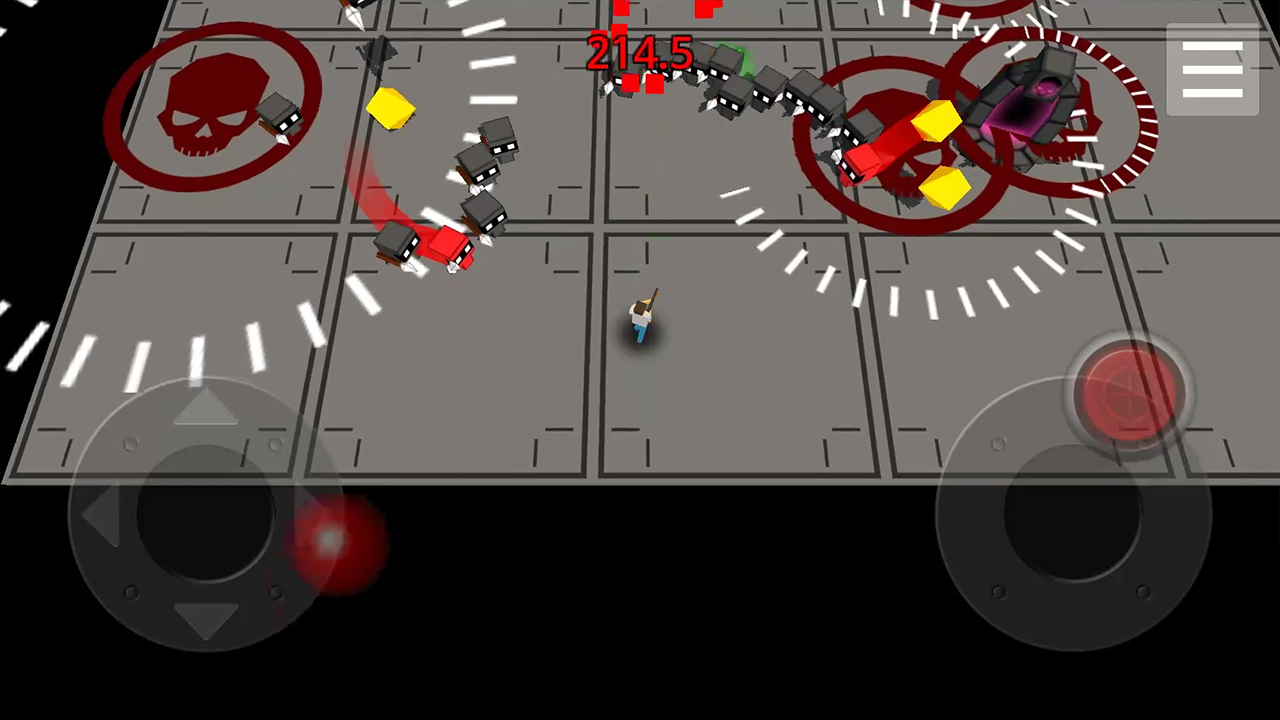