Anyone who's on the server. Simply show up the Sunday 3/17/19 and you'll be able to use all weapons available in WWII Online (includes Steam users as well). Looking for 4 hrs of hard core play. Recruit a friend to come with you.

This Sunday (3/17/19) we have an important "all access" event (Operation: Spring Awakening) for anyone who's on the server. Simply show up and you'll be able to use all weapons available in WWII Online (includes Steam users as well). We're requesting maximum participation and upwards to 4 hours of your dedicated time so it can be one of those memorable events for the game. Please continue reading for those details along with information from our Side Commanders (Allied: Bondpaul | Axis: Lafleur). Patch notice: This coming week we'll provide a Readme on version 1.35.18 which will be released prior to 1.36. 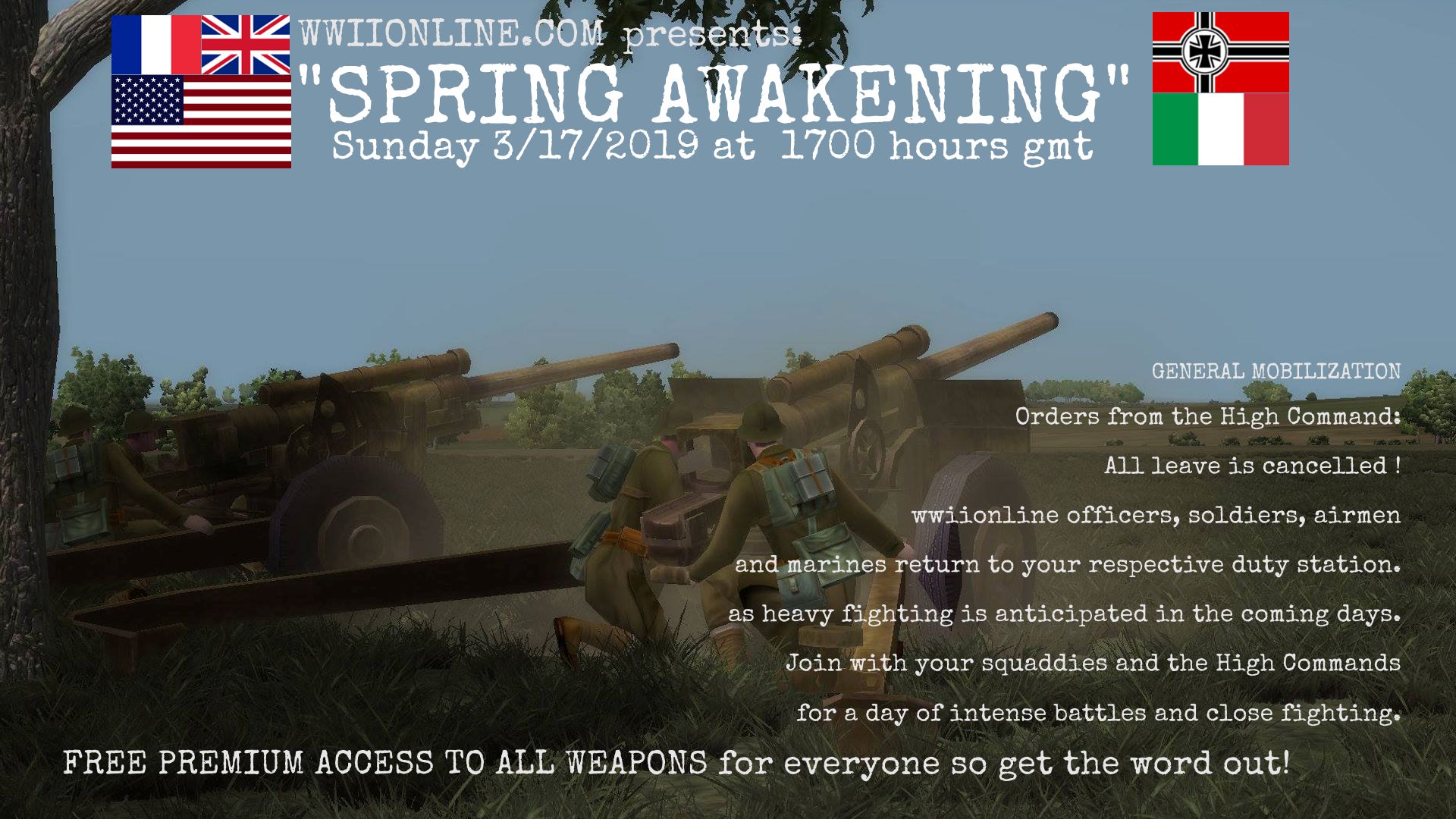 RECRUIT A PLAYER TO JOIN YOU FOR SUNDAY

This will be a PERFECT opportunity to display WWII Online at it's very best. We highly encourage you to bring a new player, or a returning player back to WWII Online for this Sunday's event. Simply show up and you get full access - doesn't get much better than that.

The last five days of Campaign 161 have seen the Axis take control of the key city in the North, Antwerp while each side worked to established hold line along the Center and South. Great battles have been waged over towns such as Leuven, which has changed hands four times in pitched engagements as the Allies tried to hold on to Brussels. As the week wore on, Axis forces broke out of Antwerp to the West – liberating all towns on a line from Walsoorden on the north bay to Lokeren and Dendermonde just outside of Brussels. Eventually, Brussels fell as it was surrounded.

In the Center, the Axis forces started the week in control of the river in between Namur and Vireaux, with a toehold west of river into Allied territory in Flavion. We then advanced on Sambreville and pushed passed Flavion into Philipville and Somzee, where the offensive stalled under heavy counterattacks.

In the South, the gains came slowly at the beginning of the week, beginning with large engagements around Sedan to reach the river there. With Sedan secured, the campaign in the South picked up speed, with victories at Mouzon, Stenay, Verdun and Damvillers. As of today, the river line in the South was finally all under Axis control, with Consenvoye falling and our troops pushing on to Montfaucon.

Allied forces are counterattacking across the length of map to try to recapture lost ground on all fronts but to no avail. We continue to benefit from great communication and coordination between the Heer and the Luftwaffe, striking bridges, ferrying paratroopers, and clearing enemy armor from the hills surrounding river basin towns.

All Axis personnel are encouraged to clear their calendars and report for duty on Sunday afternoon this weekend for the Axis Spring Awakening Offensive (also known as the Endless Day of Black Swirling Abyss for those who happen to be playing Allied at that time). We will have coordinated operations in progress in in the North, South and Center led by Axis Chief of Staff Dudecan and a team of OKW officers dedicated to each sector. The Allied High Command will be running counter-operations, and supply will be plentiful for both sides following a reset immediately before the event. This is NOT a drill – all results from these operations will shape the course of the Campaign to follow – our gains will be permanent. Let’s make the most of this opportunity and do our utmost to assist our Allied friends on their journey back across the channel to England! 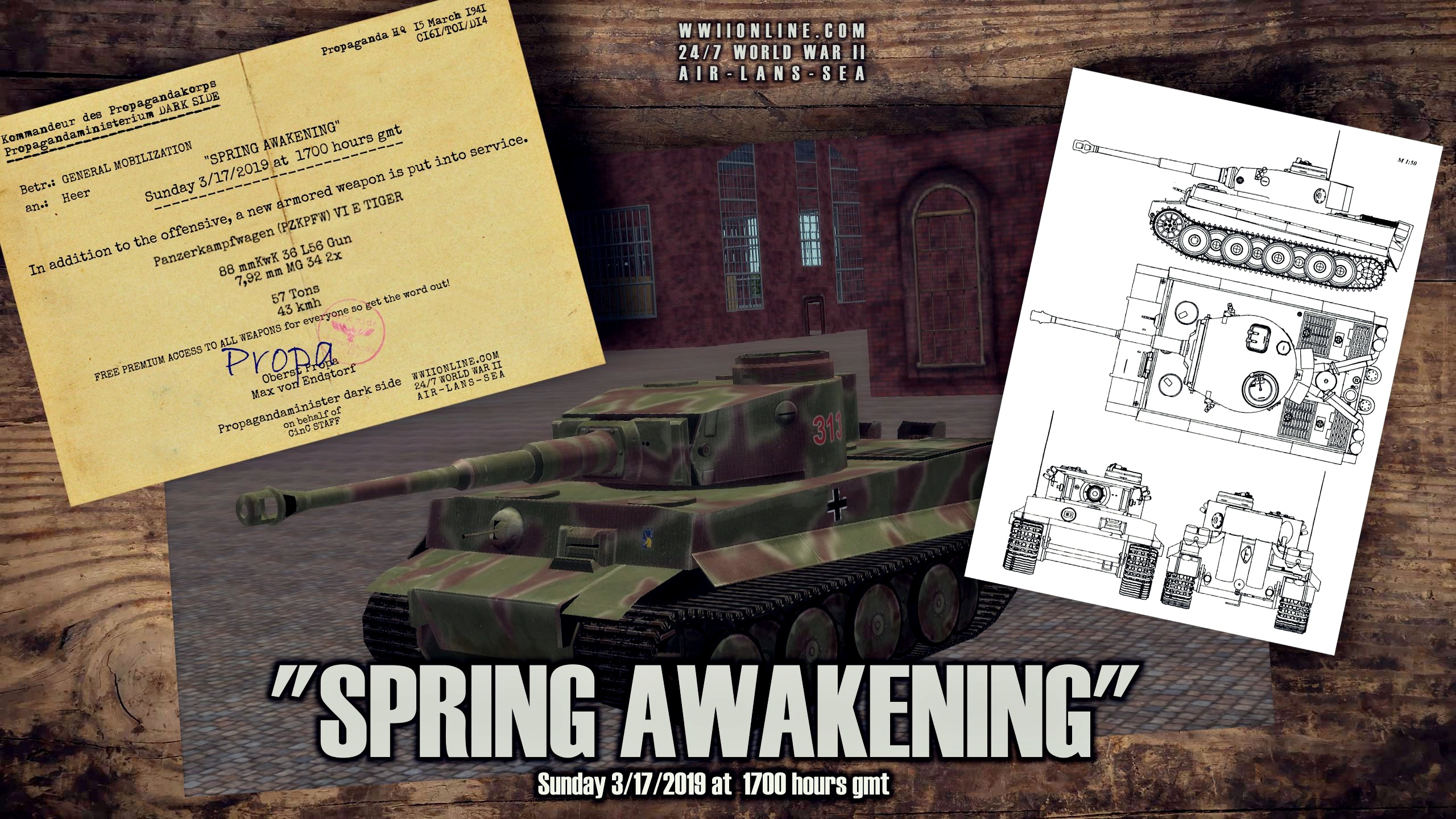 The soldiers of the 1st Guards Armor of the B.E.F., stationed in Hulst, were gathered in their barracks, relaxing, writing letters home, washing their clothes, and a group were even gathered around the radio, when the BBC Radio announced that the forces of the Axis 4th Panzer Division had taken the Cross Roads Town of St. Niklass, sending the 1st Division into retreat. Moments after hearing this radio announcement, trumpets started to sound throughout the compound, announcing that the 1st Guards were to assemble with all their gear.

Marching Orders came from the Brigade SgtMajor as he stated that the HQ Brigade was on the move to help the stranded SAS Brigade that had retreated to Lokeran. The 1st Guards were to fallback to the Coastal Town of Walsoorden and along with a Naval Unit protect the Division's left Flank. Their was panic on the soldiers faces as they knew that they were now on their own until the SAS could be saved. Axis Forces were mounting a major attack along the front and were revigorated after their capture two days before of the City of Antwerp.

The Allies are on the Defense, stated a reliable source from the Allied High Command. Soldiers, all over the front are losing the heart to fight on, he said. While there are pockets of organized Allied Forces willing to take the fight to Gerry, it cannot not be said that all the Allied Forces feel that way. Desertions have increased with soldiers going A.W.O.L. and not returning to their Combat Units. CinC and his Staff still believe that the Allies can come around and bring the fight to the Axis, if only the soldiers will return to their duties and hold the line. Once the line is stable, one General is quoted, then we can start pushing them back. The hopes of the Allies now rest with it's soldiers and their will of determination. 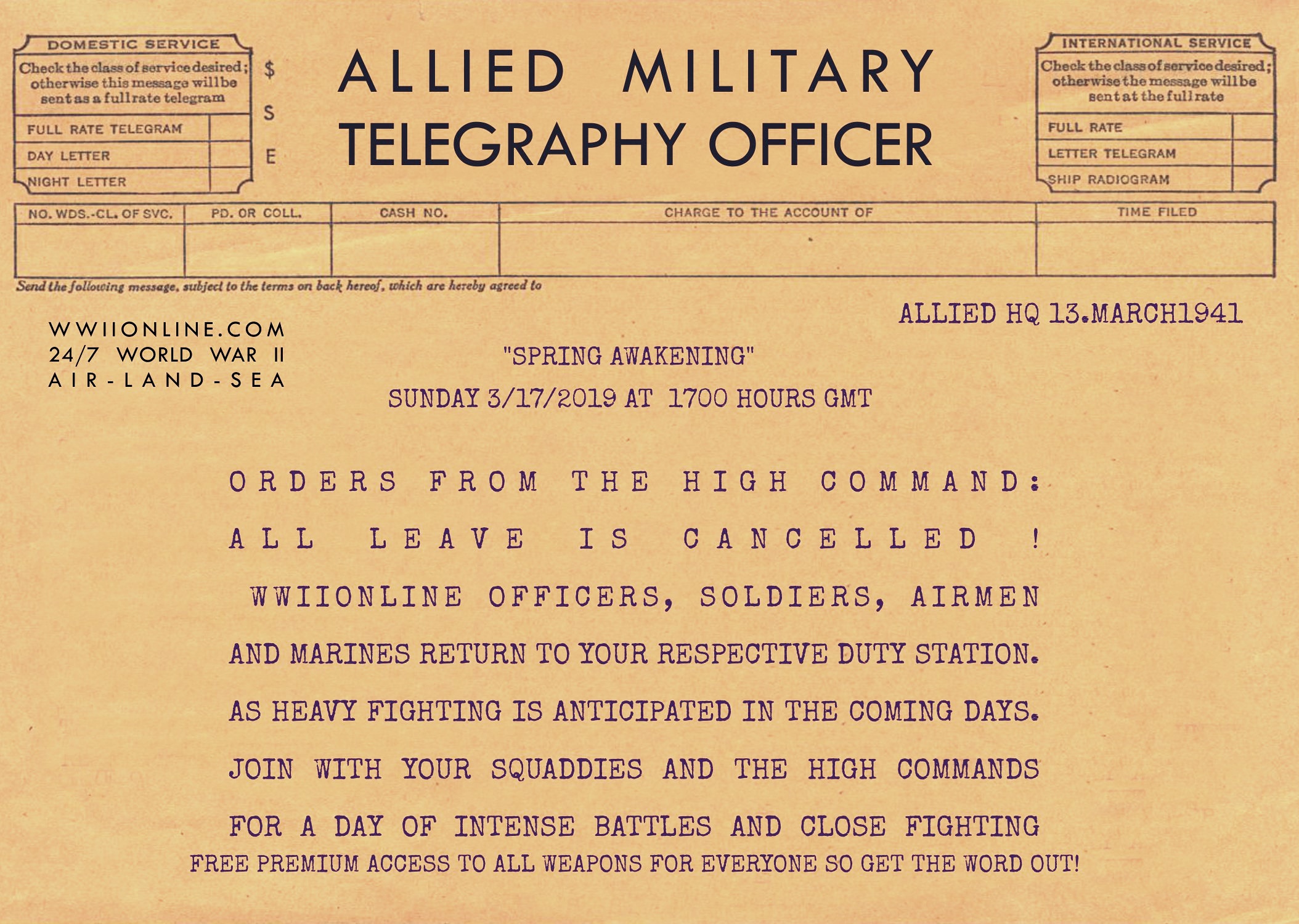