Details about last weeks progress and key information on whats left to do before release. Also, estimated release and pictures from Mac's story.

Greetings Captain! We've got some interesting new Intel from the field for you for this last November post.

Last week I only did about 60% of the work I set out to do. Having said that upon testing what I've done it works (after a few minor adjustments) so that is progress. Based on my own personal schedule I can suggest that the release date for the v2 expansion/update of the Thing 2 RPG may be released on Friday the 11th December 2015. This heavily depends on work I am waiting on alongside my own testing and schedule.

Here is a breakdown of what's left to do:

Voice Acting: Last week 1 character was completed leaving 2 more to do. They should both be in by the end of the next week (6/11/15). If this goes well I can begin testing the voiced section of the game properly to do any last minute audio balancing (Headset users you are welcome :P).
Once Voice Acting is complete and I am satisfied with testing I will be handing over an early copy of the game to my friend Sadonrii who will be doing a YouTube let's play of the new voiced campaign which will feature as promotional content for me instead of making another trailer (I'm lazy but I think it's a good idea).
Artwork: Jose is busting his ass off getting in Art to me. I think in the last 3 weeks he's handed in 16 of the 32 images I asked him for. I'm hoping he will finish Mac's artwork by 11/12 in time for release but you have to appreciate it's not easy to draw a lot of images on demand.
MacReady now appears as a random encounter in the game, retells the events of US Outpost #31 and now I am at the stage where you take control of him for a "Choose Your own Adventure" story where you experience Mac's adventure first hand. Having him retell it in flashbacks wasn't as fun to me. I'm about half way done with telling his story so when it's finished it will switch back to the main story again.
It's just the start of Mac's subplot as he has more stuff for you to do afterwards before eventually going back to US Outpost #31 with you for some unfinished business.

I'm hoping there's 1 weeks' worth of work left and 1 weeks testing. Based on scheduling myself and those I am dependent on for this final crunch time. You won't get an update post off me until closer to release now as I focus my efforts on that. If there's any questions feel free to ask but for the meantime here's some spoiler free shots of Mac's Story: 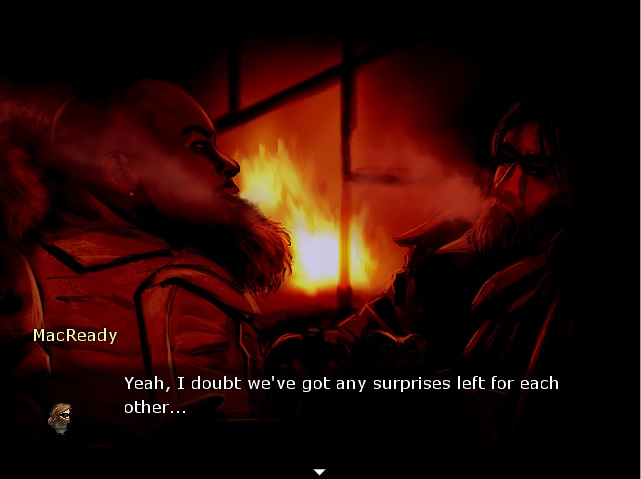 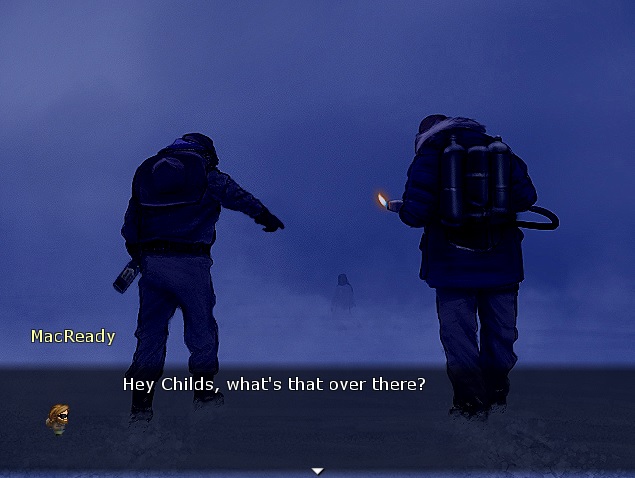 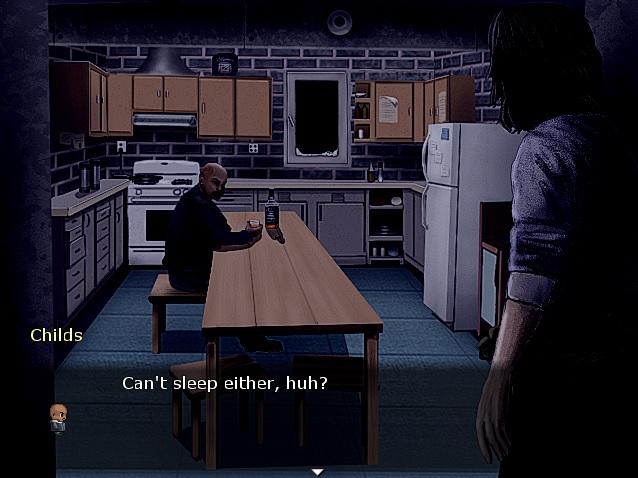 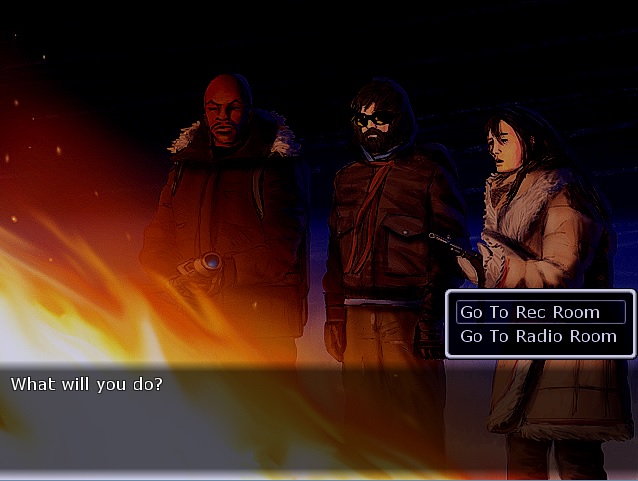 Be careful who you trust this winter Captain...

Thanks, Jose's busting his Cojones to finish on time!