Campaign Development Update for They Are Billions. We are currently working on the missions, new interface, testing, balancing, cinematics, voices, sound effects, new units, translations, & other surprises. Take a look.

Posted by NumantianGames on May 1st, 2019

As we mentioned in the previous update, we hope to launch the final game with the Campaign in June. We are working very hard on all fronts in parallel: Missions of the Campaign, new interface for the Campaign, testing and balancing, cinematics, voices and sound effects, new units, translations, and some other surprises we have planned.

The name of the Campaign will finally be The New Empire, which we believe summarizes the goal of the campaign very well: to build the new human civilization, after the zombie apocalypse, under the leadership of the Great Emperor, Quintus Crane. In addition, this New Empire mimics the ancient human empires, especially The Roman Empire, both in its aesthetic and in its imperialistic and conquering behavior. And all of this mixed with a rudimentary steam-powered technology and a world devastated by zombies... What do you think?

We have almost finished the new interface for the campaign. There are still some icons missing - we are using provisional ones - but, we can show you the most important elements. We hope you like it. The interface has the same Steampunk touch as the rest of the game, but we also wanted to bring it closer to the New Empire, with its symbols and flags. 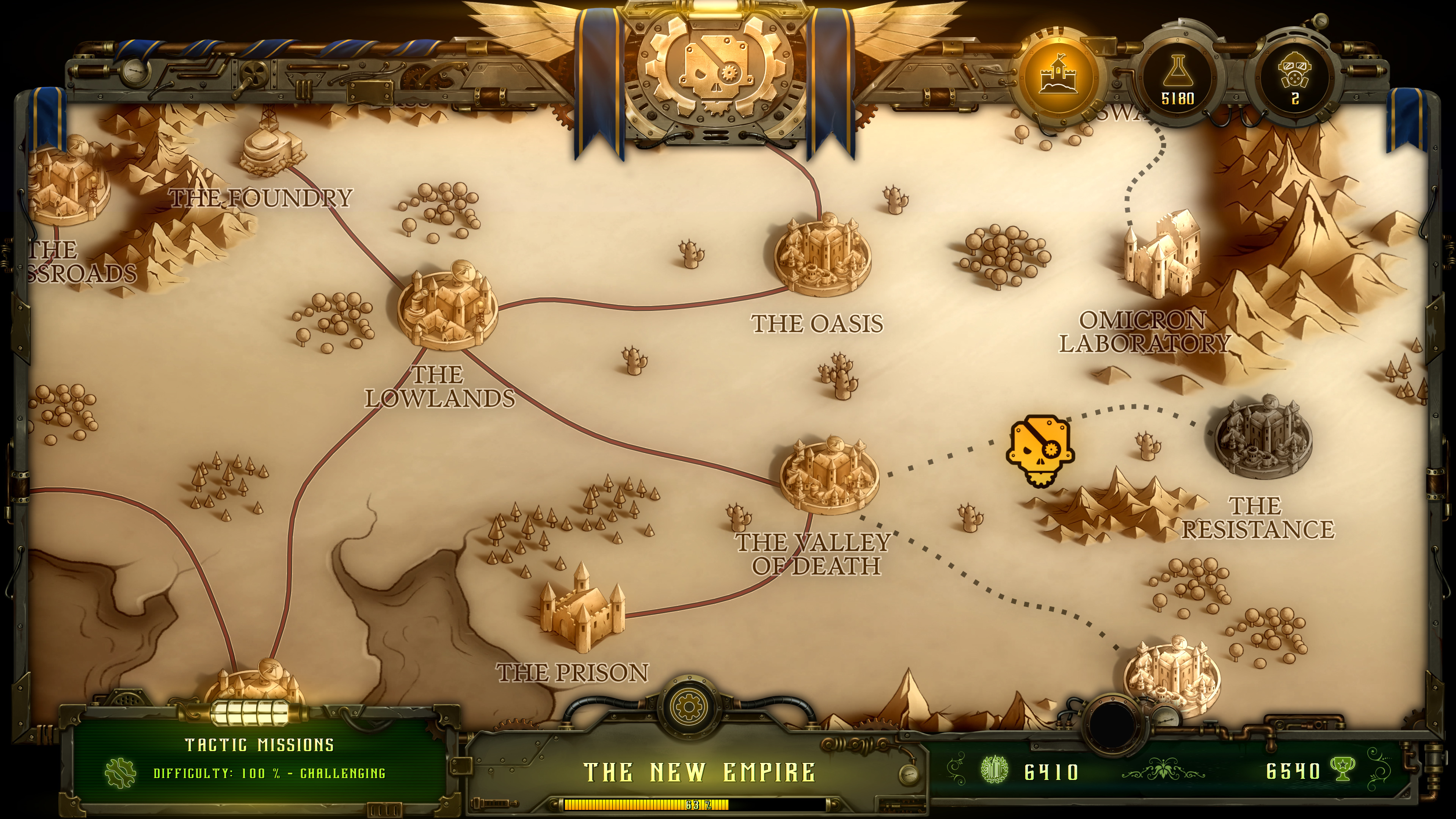 From the Dashboard you can access three sections using the large buttons on the top right: Campaign Map, Research Laboratory, and Hero Stats Screen.

On the Campaign Map, you’ll find the map that grows and unveils as you advance in the campaign. From there, you can consult the available missions and start playing them.

From the Research Laboratory you can unlock new research that grants you access to improvements for your colonies. Click here for more information. 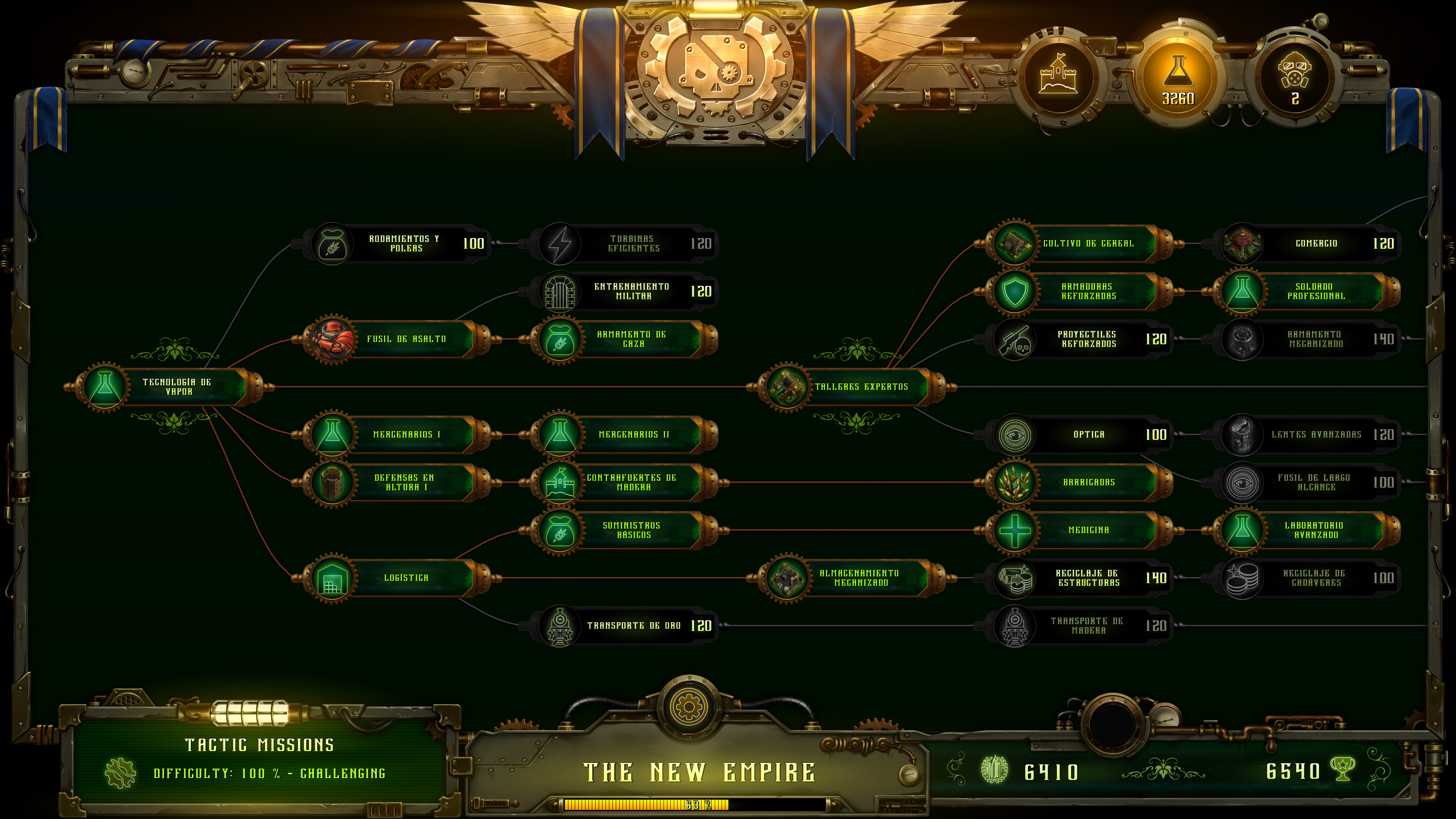 Finally, from the Hero Stats Screen you can see all the Hero related information including the tree of improvements. We will talk about this in the next update.

Also in the Dashboard, you will find the following elements:

As the Campaign progresses, you will find swarms that will block the way of the expansion of the Empire. You will have to destroy them by placing the defense units and structures of the Imperial Army. 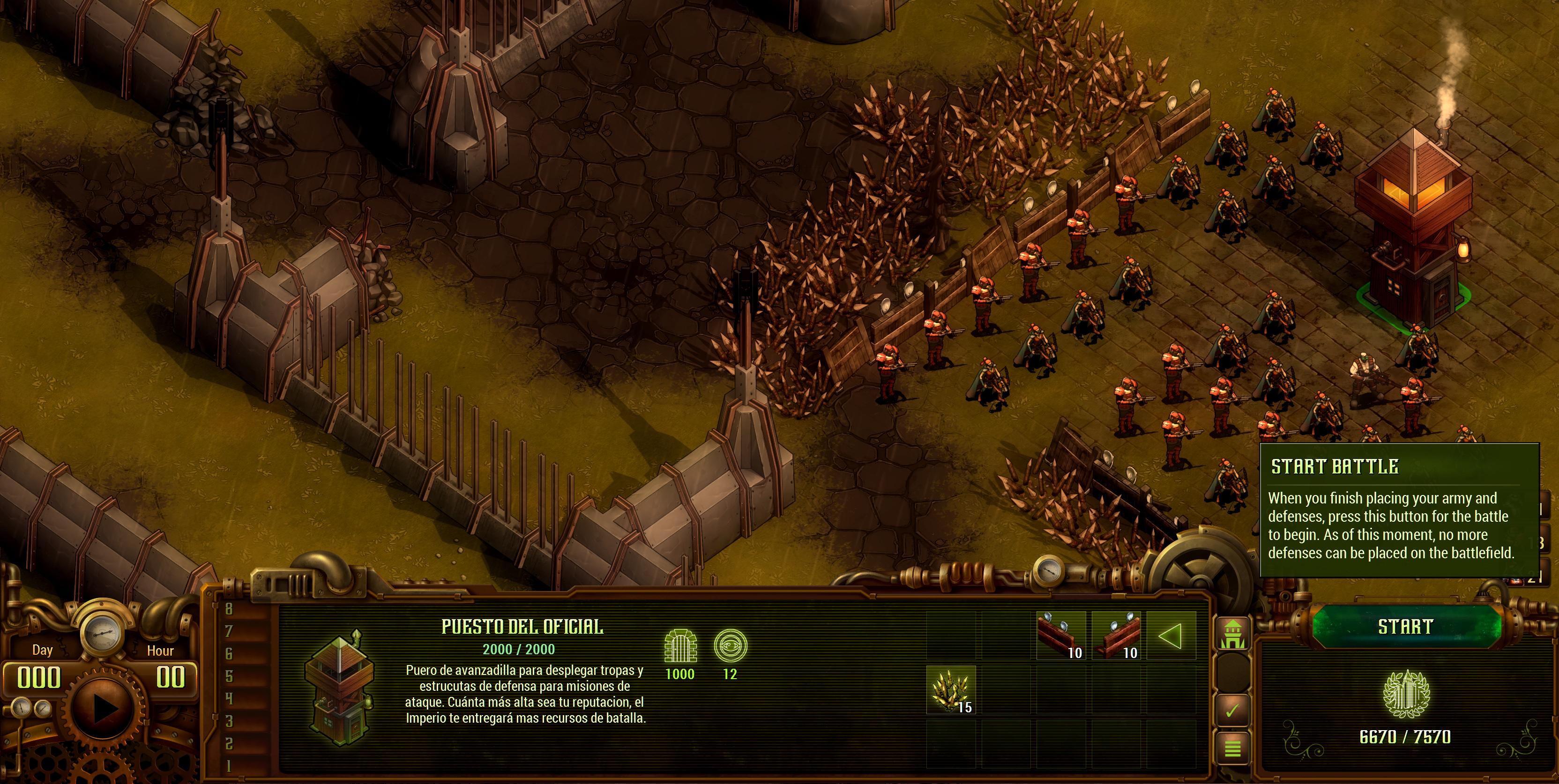 Each unit or defense costs a certain number of Empire points. Once they run out, you’ll be unable to deploy more defenses. When you have finished with the deployment, just press the Start button and the game will begin and the swarm will be unleashed.

Use the terrain as a natural defense, and plan which type of defense is the most advantageous, according to the size and types of the swarm. The attack missions are very fast, and a little crazy, and very easy to lose. :) In any case, we think they are great fun. May Fortune be on your side! 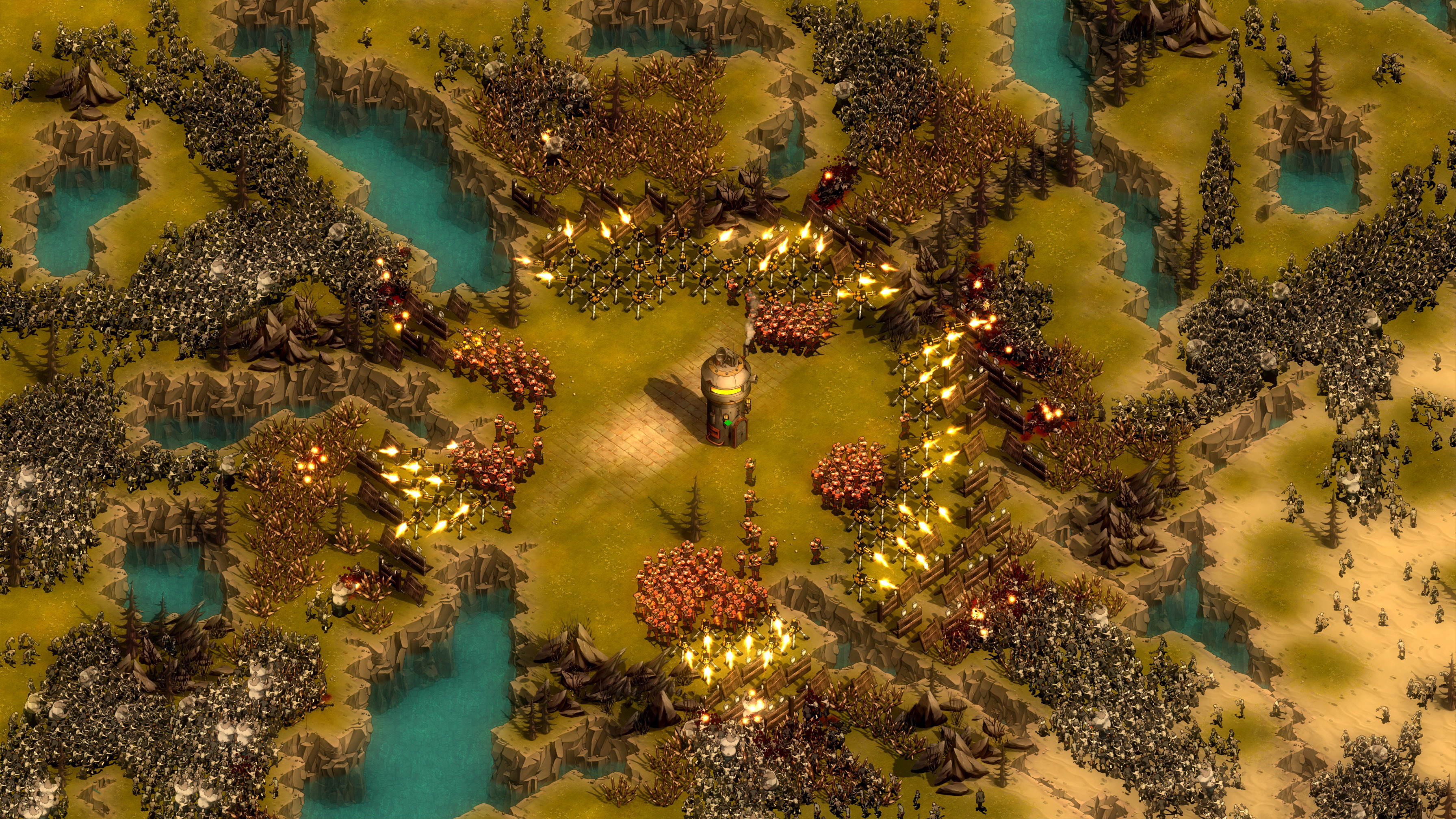 That's all for now!
In the next update we will tell you about heroes and tactical missions.
See you soon!