Crew Skill: BURN IT TO THE GROUND (Lowers the level of a fortress by 1 or destroys it) 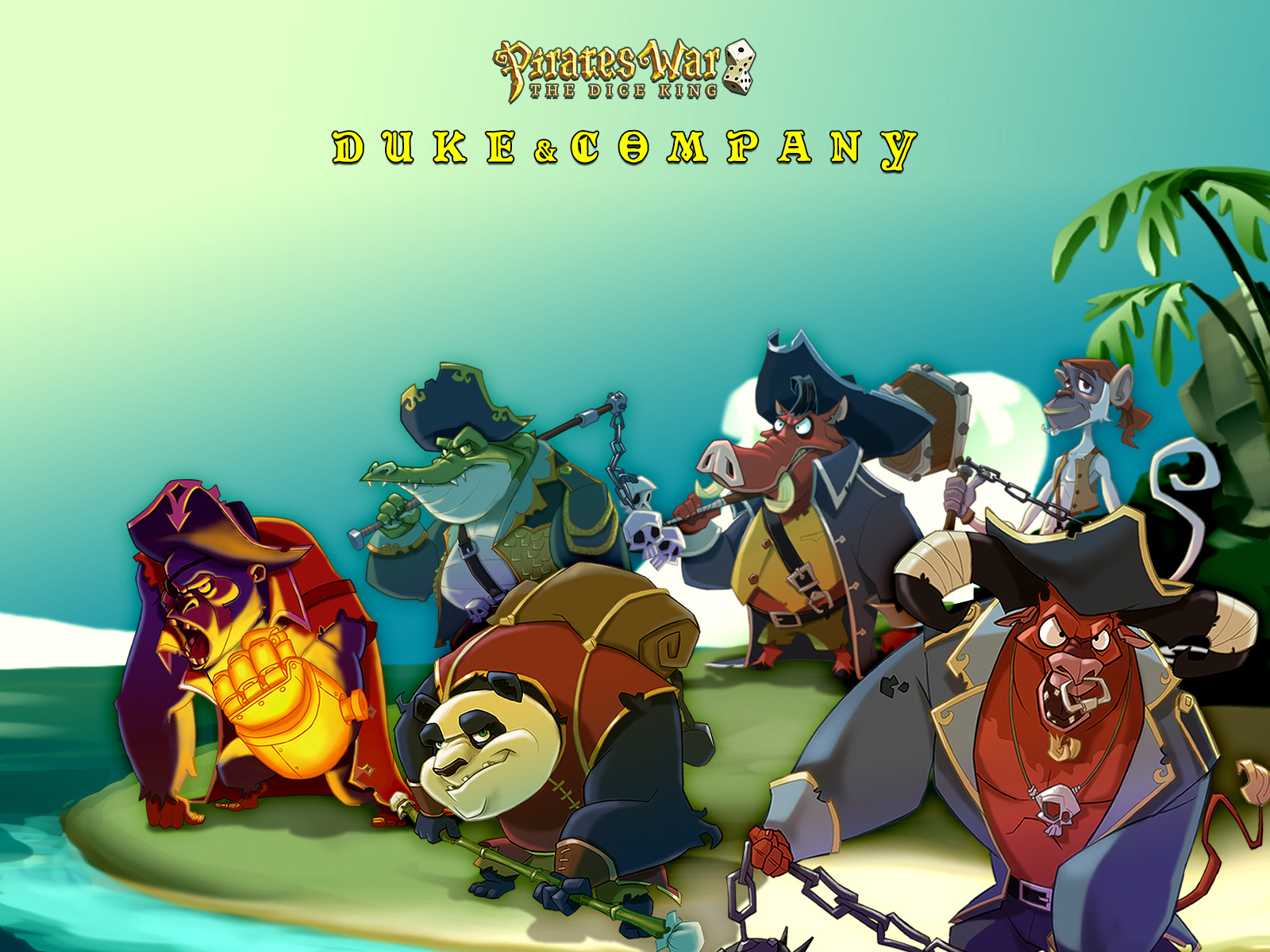 Those animals would never belong in a Zoo! They love adventure and are mighty pirates at heart! Let me introduce you Duke’s company.
Just like their captain, Duke, these animal want to build a place for the animals to live in peace! But to achieve their goal, they'll need to sail on every sea to get treasures and gold! 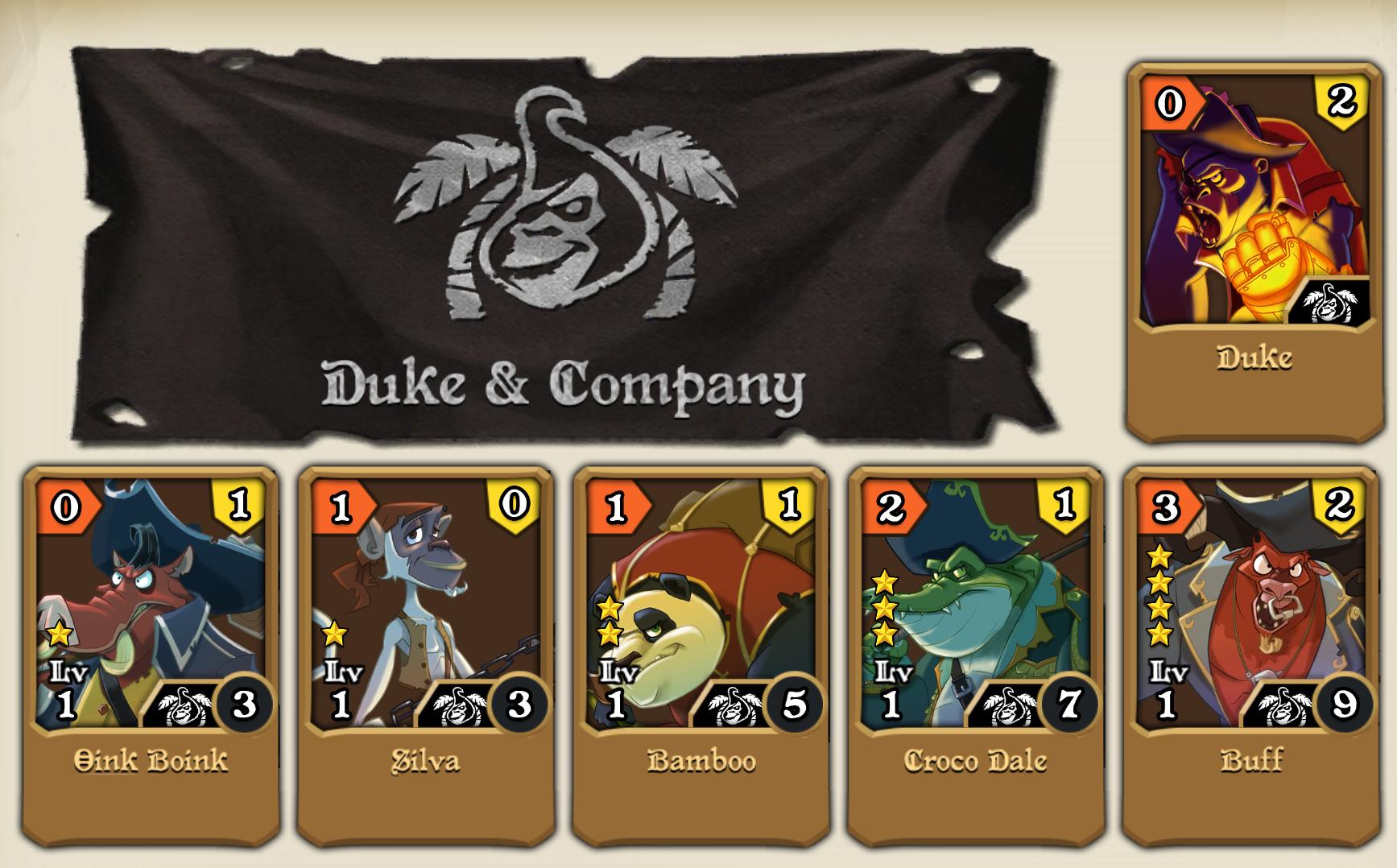 Don’t mess with them, they are strong and merciless...

Captain Skill: FORTRESS DISCOUNT (Decreases the cost of building or upgrading a fortress) 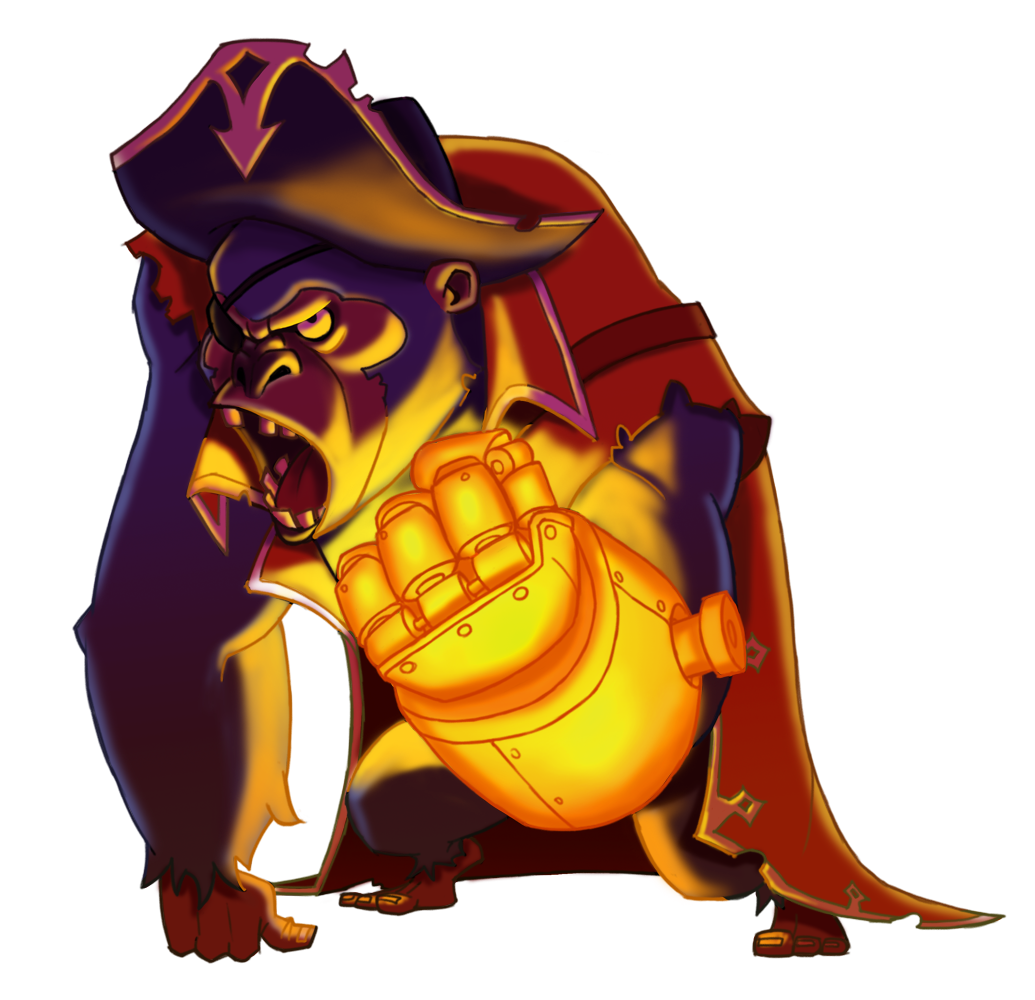 Duke claims to be heir to Jungle Royalty and a legendary fighter. He dream to find Captain Morgan's treasure and create a nation for the animals, where he is King. 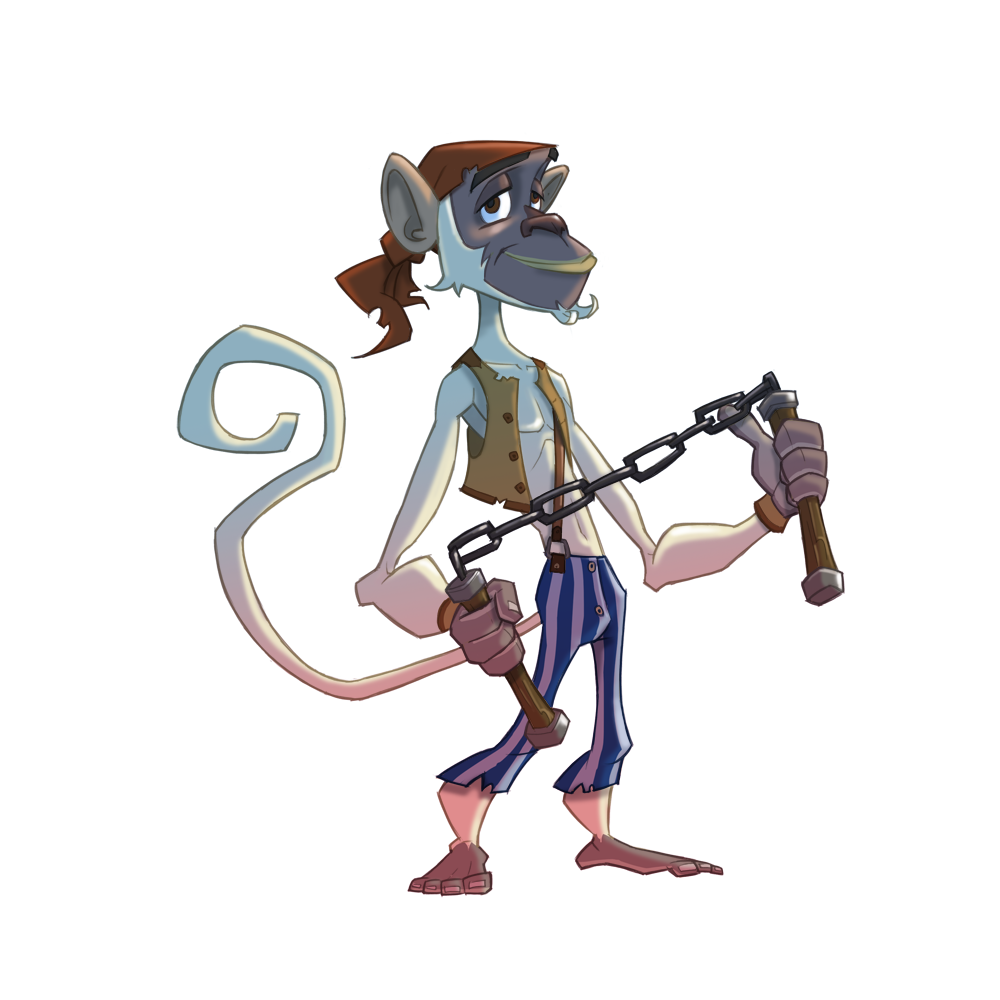 Silva started his pirate career as a cabin boy. He is old, but extremely wise. He can predict the weather by the air's smell. 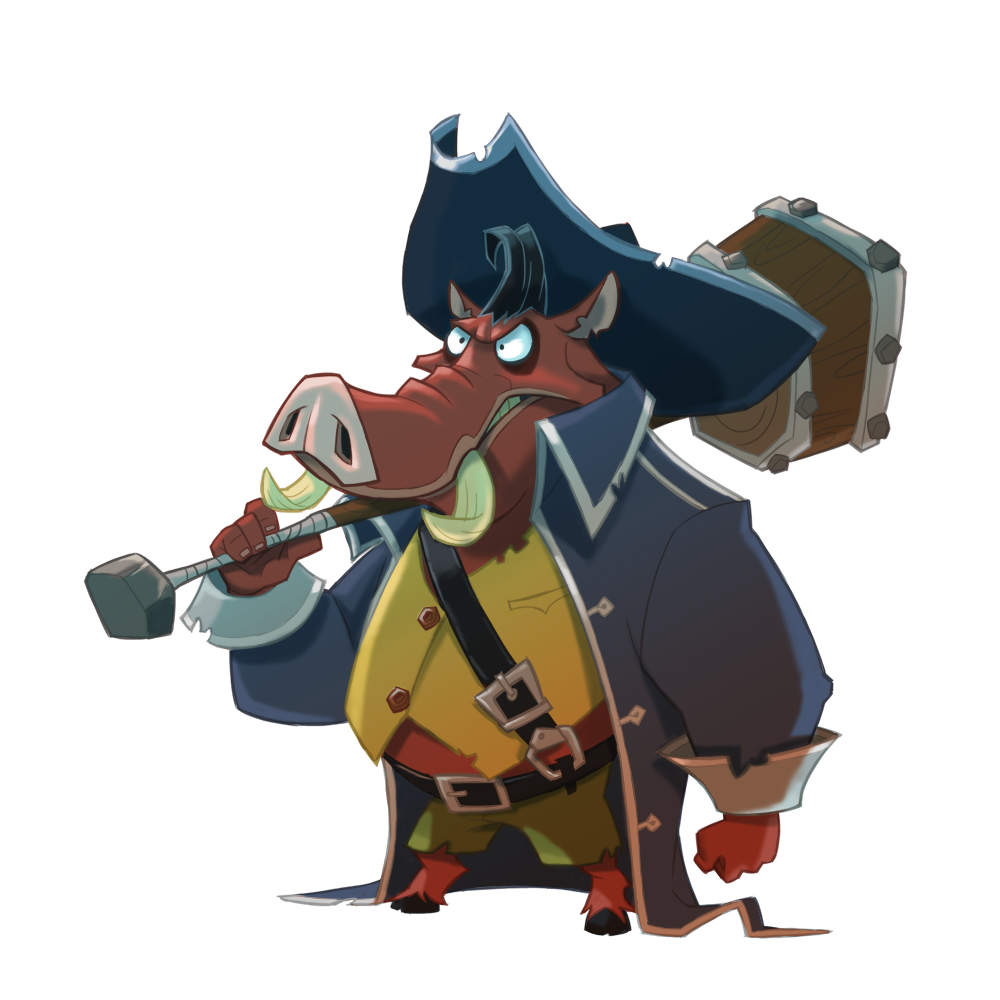 Oik Boink is in charge of cooking food and cooking up strategies for Duke & Company. Because he is vegetarian, there is no meat in any of his dishes. Other often complain about the lack of meat on their meals.

Bamboo (the Tag Along) 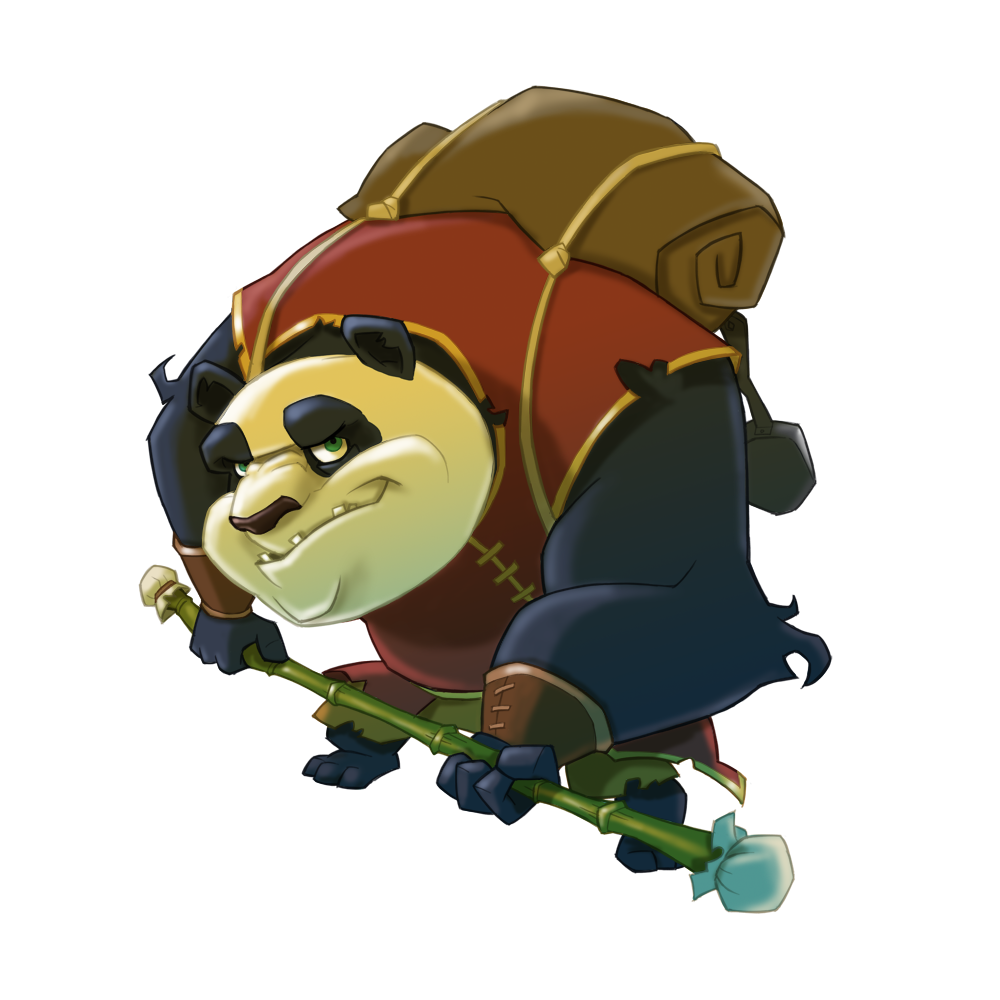 Bamboo is the best student of the Wutan Clan; a martial arts group from the mountains of Wutan, China. His master contracted a rare disease, so now he travels the world with in search of a cure. 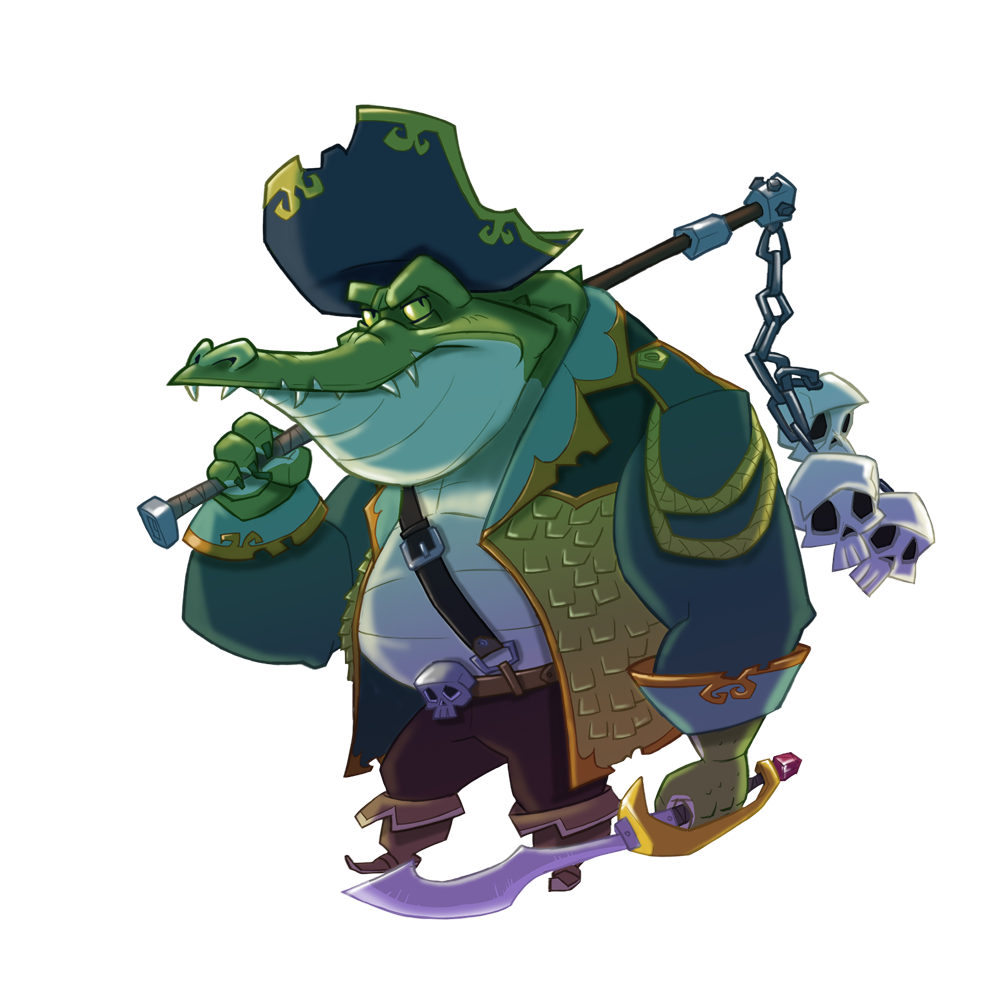 Originally a wandering bard, Croco Dale became a pirate to sing the beauty of the World's End. he look like a ruthless pirate, but he is actually gentle and sweet. 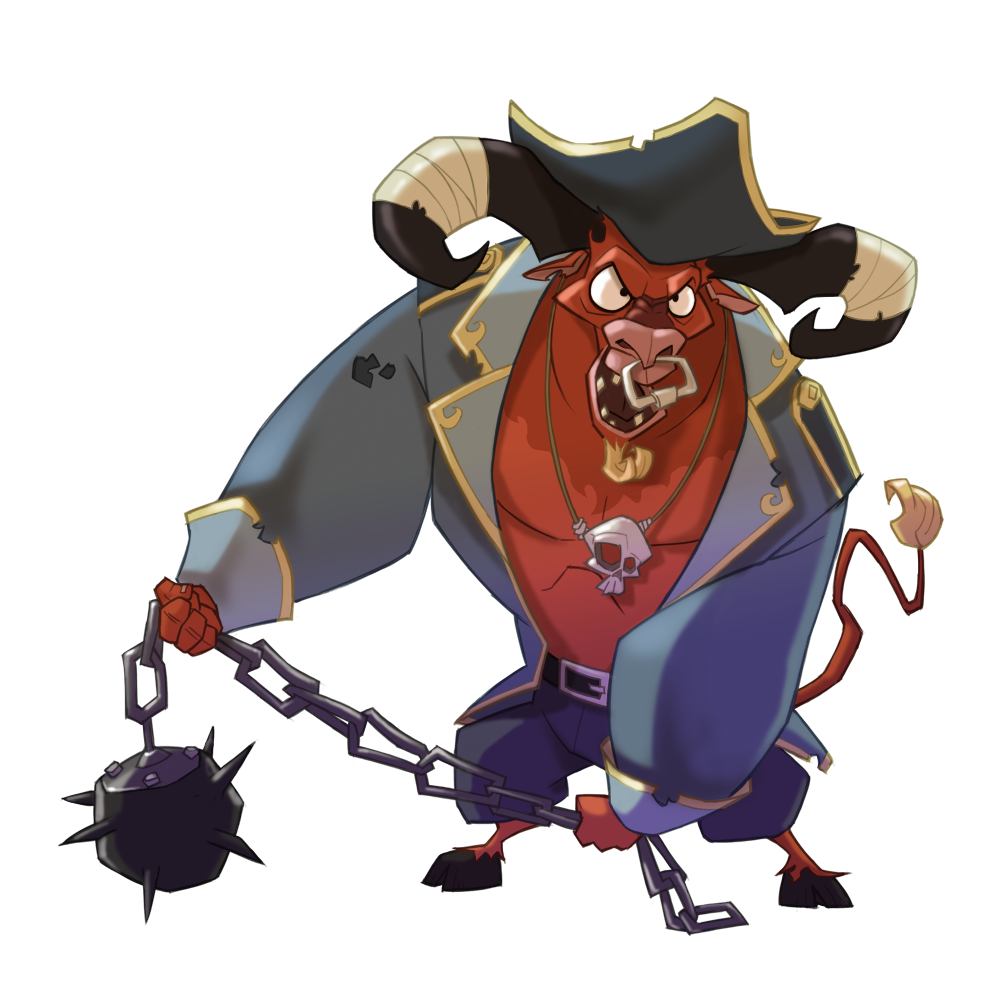 Buff has anger management issues. The iron mace may seems like his weapon of choice, but when he's truly angry he rams people with his horns.

Well, that's it for Duke & Company. As you play the game the story for each captain and their crew will unfold in more detail.