Introducing the Visionary archetype and announcing the release of Scaffold 22 Beta 0.7.

"Humanity evolves through abomination, otherwise called mutation. We're still alive after so many millennia specifically because of genetic gift. But look at the world of today and what do we see? The Church condemns natural progress with one hand, while with the other they allow cybernetics to infest an entire race. Do you truly believe there's a future in this narrow-minded, short-sighted, and insultingly discriminatory policy?"

- Antagonist to Vine, on the Vision

A complete departure from the player character's prior convictions, the Visionary has come to realize that abomination is not the heretical bane its made out to be but instead the key to its continued survival. Unfortunately, before humanity can realize the full potential of its genetics, contemporary social structures must be overturned. To this end, the Visionary has committed wholeheartedly to the pseudo-philosophical revolution known as the Grand Design - or so they claim. 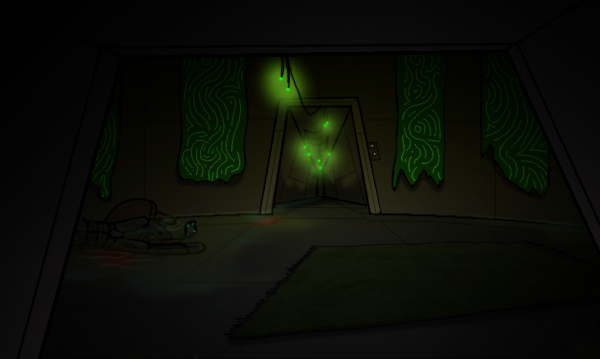 "Soon change will wash across the walkways of Scaffold 22..."

- Antagonist to Vine, after committing to the Grand Design

Easily dismissed as just another anarcho-terrorist, the Visionary is in fact a character of convoluted and conflicted loyalties. For one, the Grand Design is ill defined as the Visionary Cult is split on a fundamental level: between those who desire a philosophical re-genesis of galactic society and those who wish an abominated future for the human race. For another, the character's devotion to the Design is questionable; it could well be they joined only to expose the sinister forces behind this so-called 'philosophical revolution'. 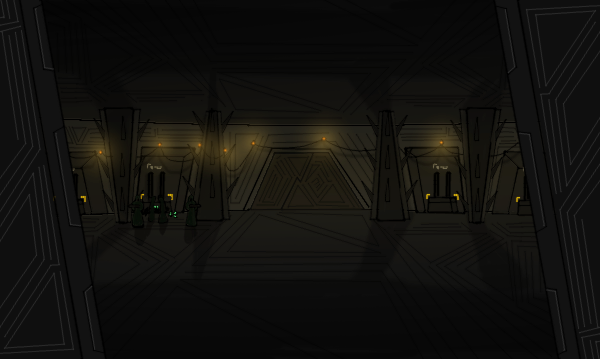 Unlike other character archetypes, the Visionary's allegiance isn't decided by the character joining the cause, but as the central plot comes to its close. Whether the player ultimately decides to betray the Cult or further its goals, one thing is for certain: no one in their right minds really wants life on Scaffold 22 to be upset by an increasingly radical 'philosophical' revolution.

Which, frankly, isn't a problem for the Visionary, regardless of whether they're sworn to the Design or simply an undercover operative. In their eyes, any means justifies the end, and the Visionary - having embraced abomination as a legitimate means - will do anything and everything necessary in pursuit of their goals. 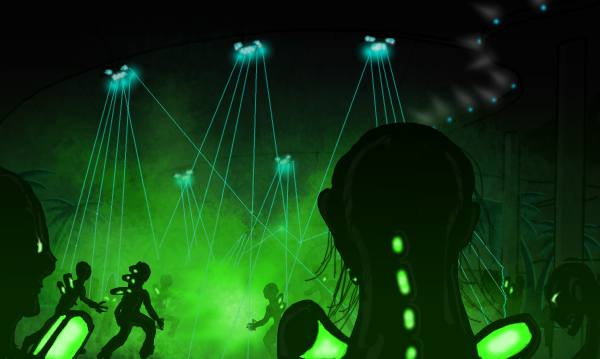 The Visionary's devotion to success by any means necessary - no matter how disgusting or despised - is represented in their InZtinct sheet, which groups available skills into three loose categories:

Well aware that only those at the top of the food chain survive natural selection, the Visionary has honed their murderous instincts to perfection. No organic is safe from these ruthless, genetically augmented predators - or their preference for blades and heavy weapons.

Armed with cold rationale and almost superhuman instinct, some Cultists practice the subtler arts of manipulation and subterfuge with unnatural ease. It's their belief that the Grand Design is best furthered in the shadows, away from the prying eyes of the society they despise.

Unable to resist the sheer genetic superiority afford by abominated flesh forming, the Aberration not only willingly injects themselves with virulent biomorphates but does so with zealous devotion to achieving the absolute best their physiology allows for.

Whether it be through abominable technology or through sheer guile and ruthlessness, the Visionary is nothing if not utterly dedicated to their goals, whatever those may be. What they lack in friends they make up for with direct access to advanced - albeit heretical - biotechnology and singular dedication to whatever they set their minds towards.

Unfortunately for the rest of Scaffold 22, those goals tend not to be in the interests of the general public, and even the most well-intentioned Visionary is a zealous extremist, ready and willing to sacrifice countless lives for the greater good - or their interpretation thereof.

...in other news, the subtitle says it all. Beta 0.7 is now live and playable on any internet capable device. If you're curious and enjoy an expansive text-based RPG experience, why not give the game a try? It's free to play and available at:

I hope you enjoy the new release. And, if you find bugs or see something worth improving, do share - either here or via PM. Feedback of all sorts is much appreciated, especially now that development boils down to polishing up for version 1.0.