In for a penny, in for a pound – 1C Entertainment’s strategy game about organized crime in the swinging’ sixties will hit the stores this August.

Posted by FulqrumPublishing on Jul 22nd, 2020

Enjoy the 1960s atmosphere of London in this strategy title, where you build up your mob from a small street gang to a full-blown crime syndicate vying for control of Albion’s underworld. On your way to the top, you will meet characters inspired by real-life individuals who made a name for themselves in this shady business such as the Kray twins or the Richardson Gang and they aren’t willing to part with their territory peacefully. To deal with them, you will have various melee and ranged weapons at your disposal, as well as different character classes each with their very own skill set.

Company of Crime is a hybrid of an empire builder and a tactical strategy game that features a turn-based combat system with a heavy focus on melee. You can either play as the Criminals or as the Police, where in each case you will have to build a team that consists of gang members possessing the different skills required to pull off criminal tasks, or detectives that have mastered the art of investigation. 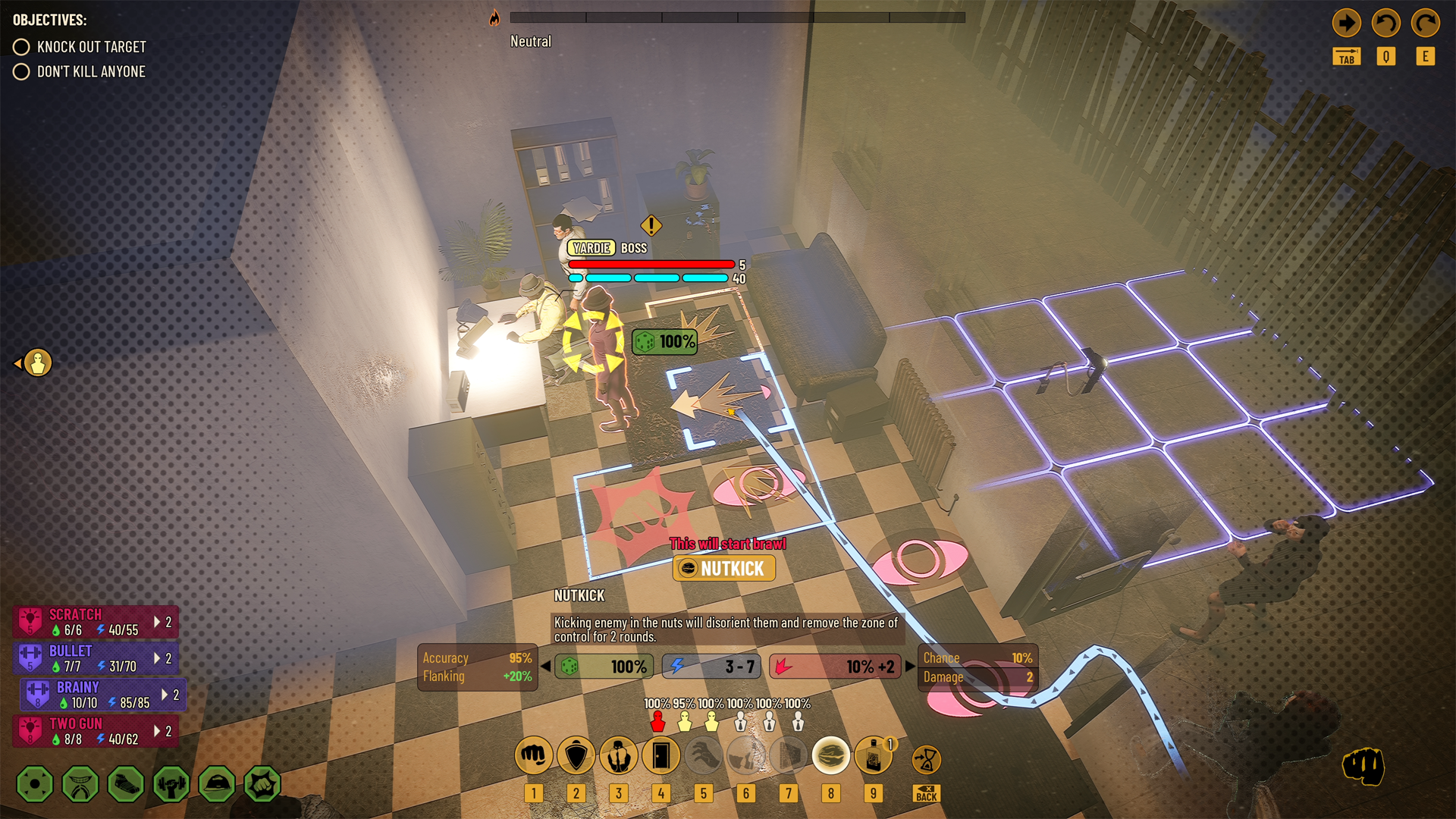 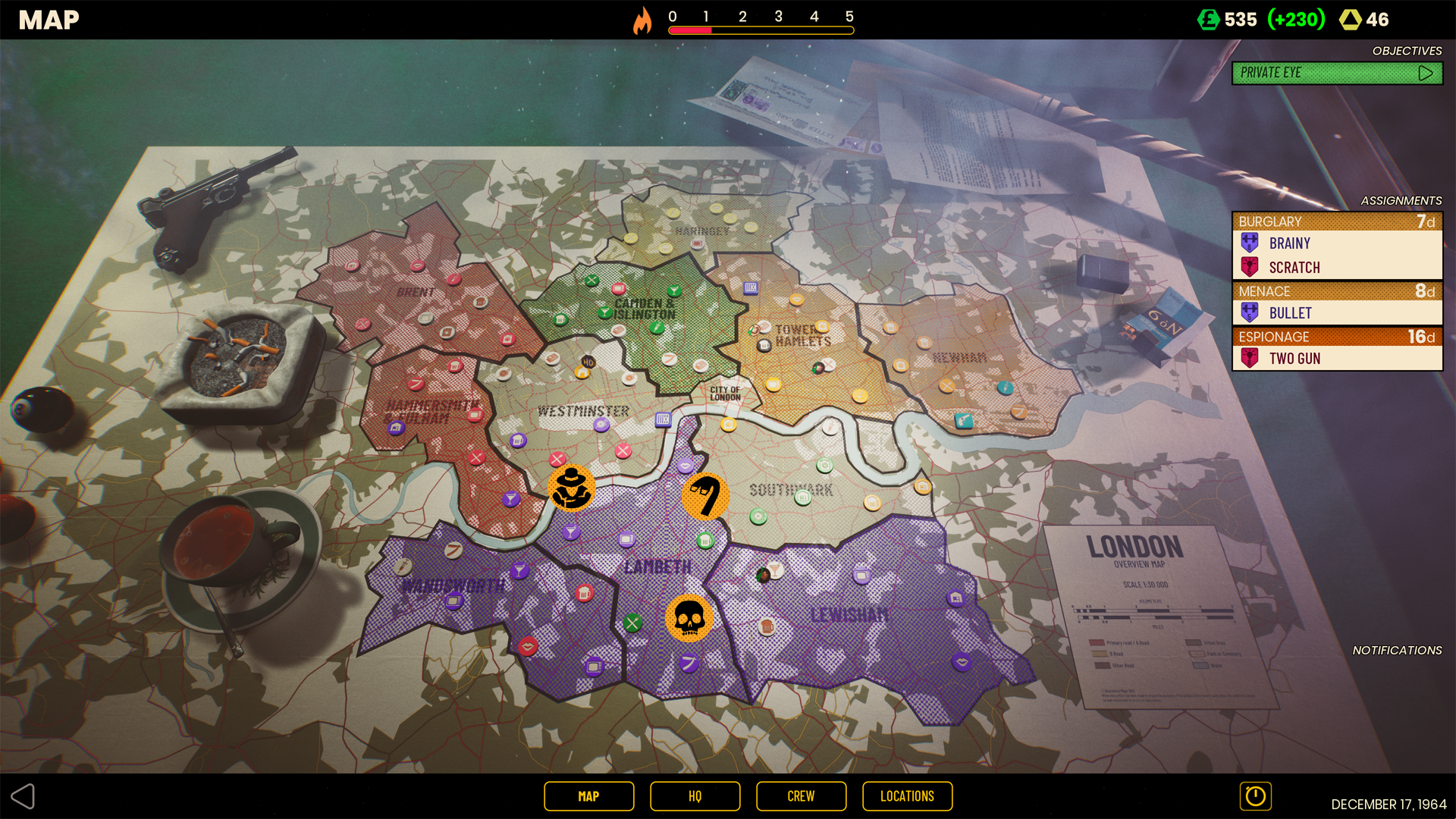 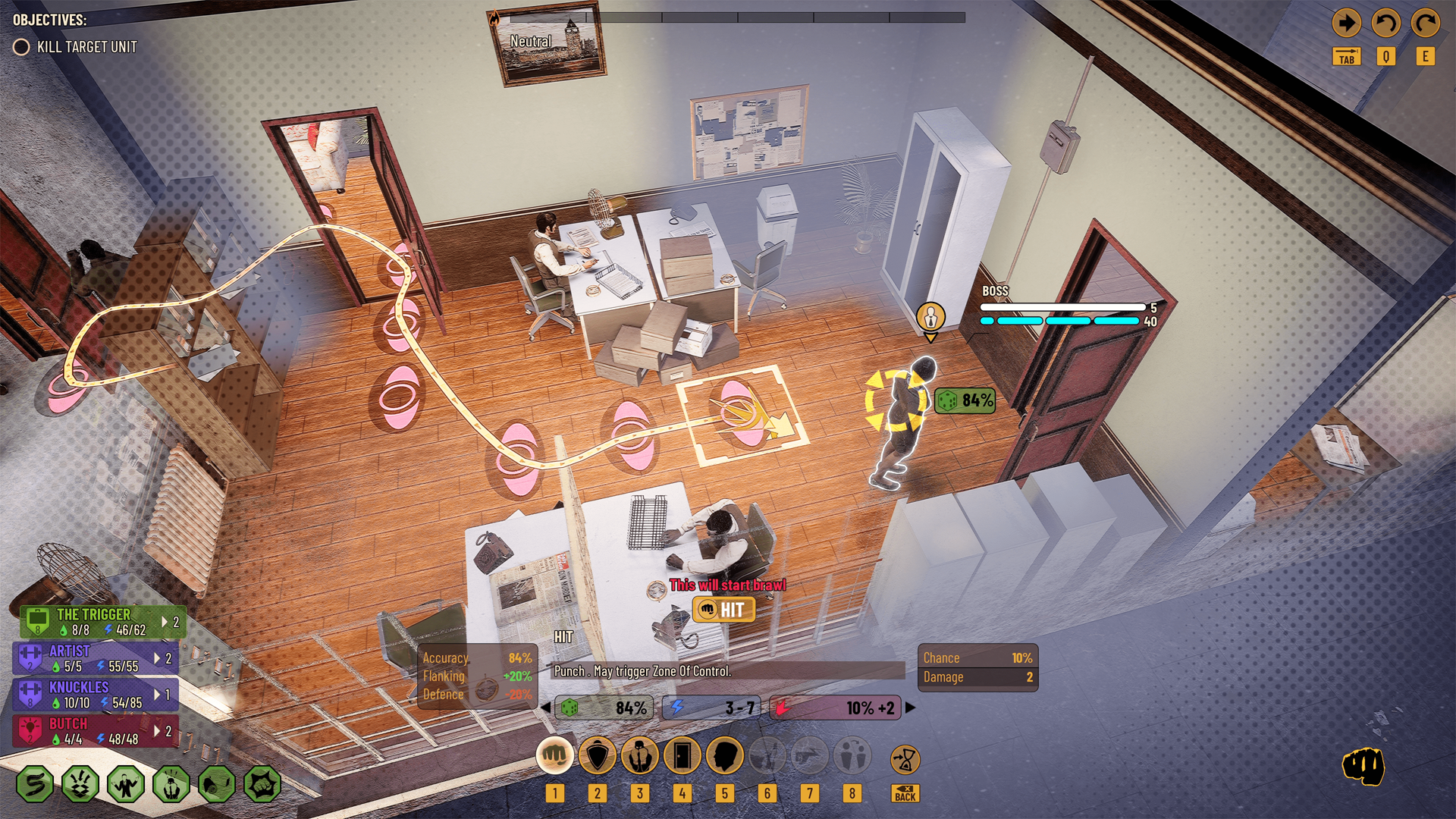 Nice work! Promising. I think I'll buy this on Steam.