This week, I talk about the ending screen of the trailer, and the new graphics engine, using OpenGL.

The ending screen of the trailer
Hey everyone! This week, I again worked on the trailer. All of the solo shots (parts of the gameplay I can record alone) are recorded and edited now, so the work there is finished; my main goal now is to get friends and family to play the game with me so I can record more multiplayer aspects of the game. Fortunately, there still was one part of the trailer that needed a lot of work: the ending. Like in more YouTube videos, once the 'main video' is finished there will be a screen with clickable links to the website and other videos. I designed something to look similar to the in-game GUI and the website: 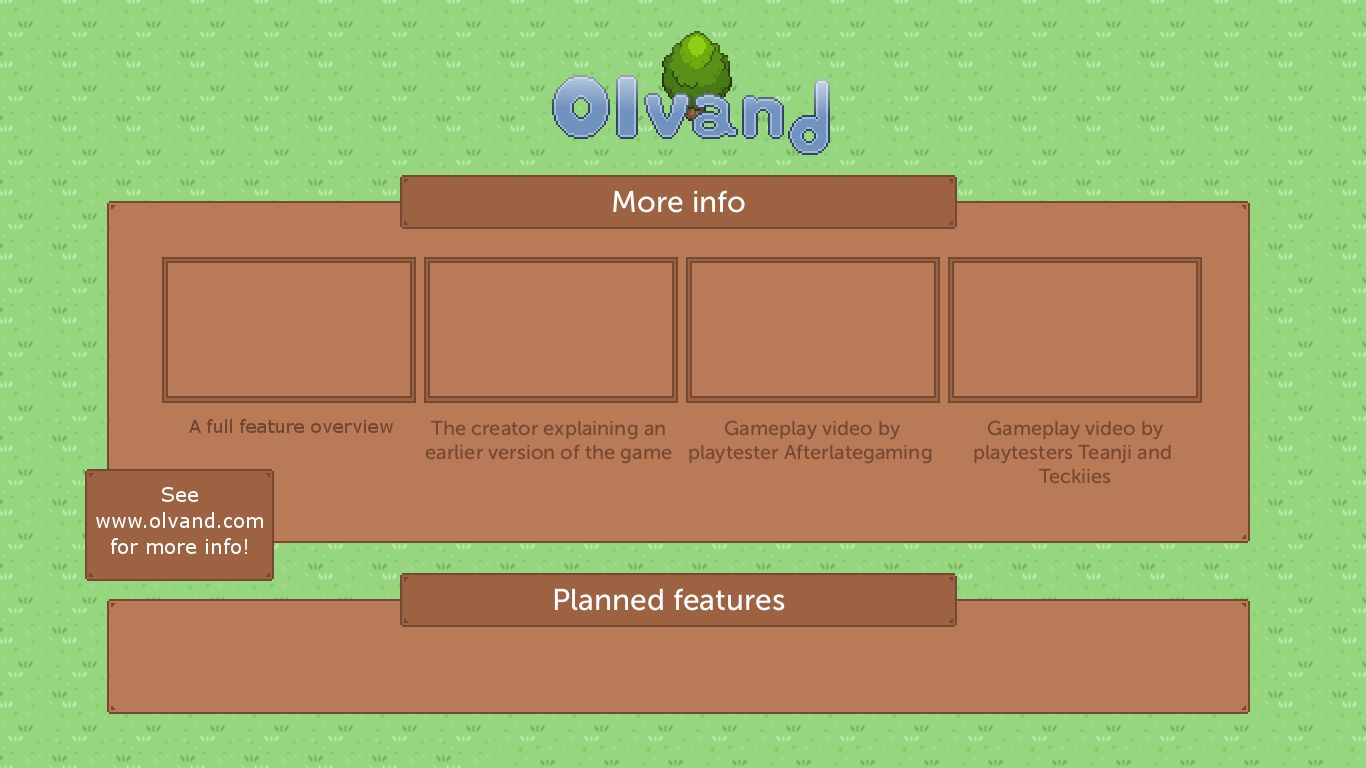 Once that was finished, I put in (moving!) videos, and also a horizontal scroll bar which lists planned features: 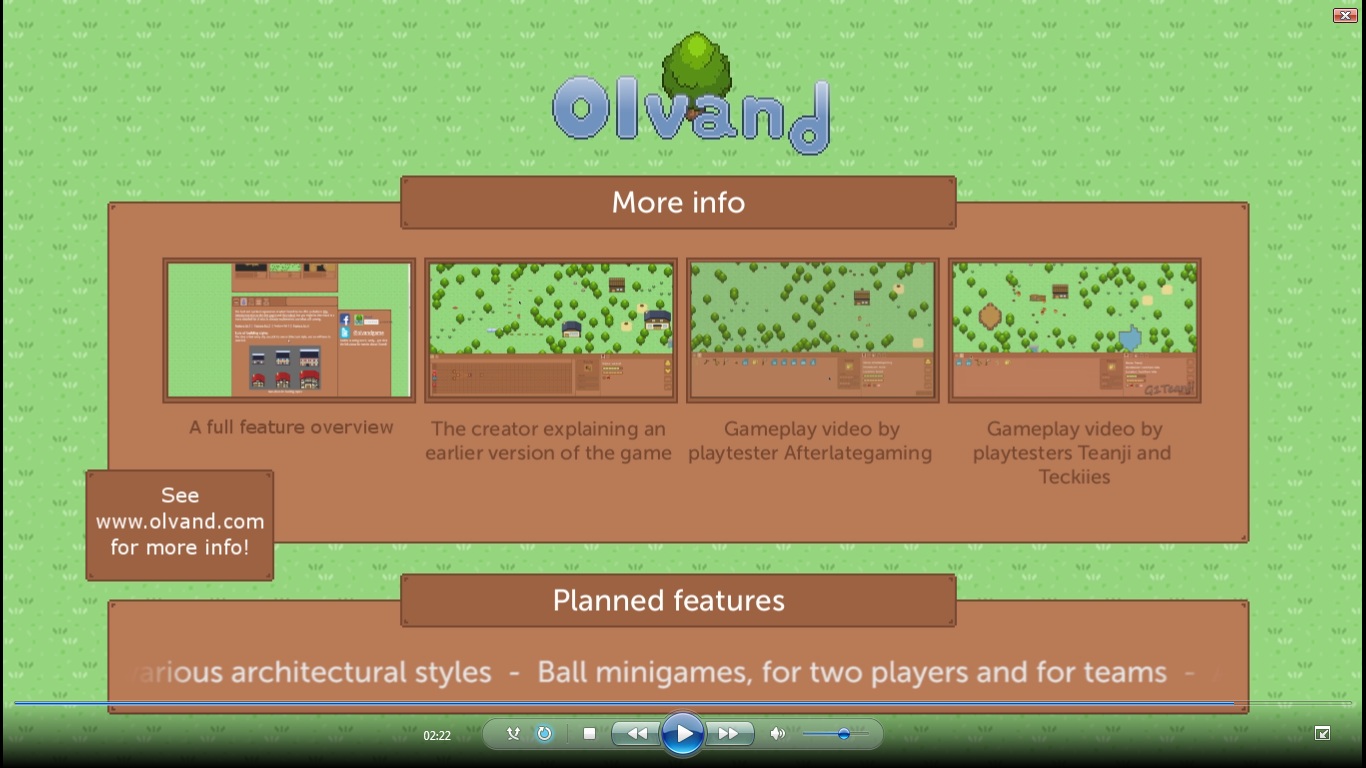 A new focus
But once that was finished, I still had a lot of free time left; and since I am dependent on others before I can continue work on the trailer, there was nothing else to do then... work on the new update! As you might have noticed, I always try to have a clear focus point and spend 3-4 updates on related features. The last few updates, I've added things that had something to do with towns, and before that, I focussed on minigames, and before that I focussed on the gun, etc. Now that most important features related to towns are done, I'm going to switch focus again, and this time I'm going to work on:

A new graphics engine
And with a new graphics engine, I mean that I'm going to stop using SDL and switch to OpenGL. In case you don't know (which is perfectly normal), SDL and OpenGL (and also DirectX, on Windows), are ways for programming code to interact with hardware like the video card. That is, I'm going to change the way the game shows you the graphics completely. Why am I switching to OpenGL? Well, for three main reasons:

And finally, OpenGL allows me to do something supercool, which I'm not going to talk about too much today... but I will show you a little teaser:

the screenshot is awesome! will that be the new lightning system?