Very first of many devlogs regarding the process and development of THE PIT, a 3rd Person action roguelike with vibrant visuals, meaty hits, challenging bosses and high impact fast-paced action.

Hello everyone, this will be the first of many devlogs where I go through the development, plans, status of a new game i'm working on called THE PIT.
To give you a small introduction about myself I'm a software engineer working full time but a games hobbyist on the side. I've played pretty much every competitive game out there and love difficult/fun/skill-based games. With this initial devlog I intent to go over the goals for the game, current status and a VERY rough timeline. 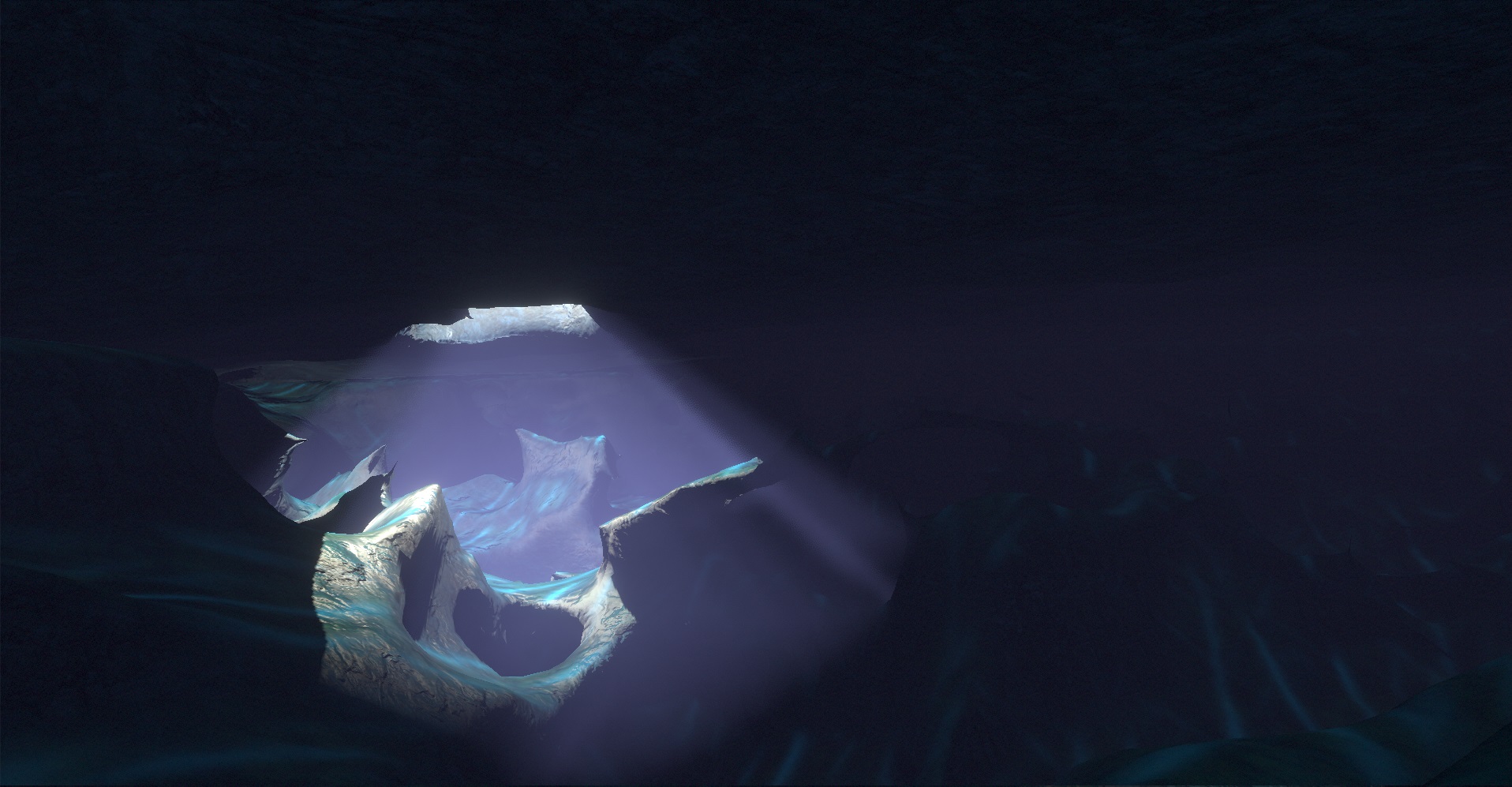 The setting could be heaven, or it could be hell, thats for the being to determine, you and few others like you are imprisoned in nearly topless-tower of celestial energy. A mysterious entity broke your chains and now you must fight your way back, back down into the pit. Deeper and deeper you must go to reach your freedom, the darkness is your friend and the light your enemy.

Taking inspiration from all the great roguelikes/roguelites, I aim to create an interesting set of characters to navigate a continuous procedurally generated environment that offer a lot of gameplay variety and exciting action. The main thing I want to focus on is interesting character passive abilities and items that promote good gameplay. Risk of Rain 2's loader punch is a fantastic example, the faster you are moving the more damage you do, pretty simple. This will be the basis for an entire character, the faster the character is moving the more damage they will do period. This design decision is to try and allow player skill to override bad RNG. For example in a lot of roguelikes if you get bad items sometimes there's just nothing you can do, you just lose, and that's not very fun is it? IMO not really, of course there should still be instances where you simply just lose from something crazy but if you are being out-scaled by the enemies there's literally nothing you can do besides get lucky in other games, This design decision will just give some variety to those situations.

Additionally I'd like to bring Proc-gen to the 3D Environment. There aren't many 3d roguelikes out there but the ones that are out there are pretty lax in their procedural generation for the environments. Usually its large rooms of hand-made assets just arranged in a random fashion, or a selection of random hand-made levels. While this is good, I think you can produce some very interesting levels using procedural terrain from a starting point. Imagine some of your most interesting spots in Minecraft worlds but with mechanics from other games and how interesting it would be to play around in? I think that's worth exploring and from play-testing I think i've produced some great results so far.

To keep it rolling, I'd also like to take a unique aproach to enemies. In far too many roguelikes (specially of the 3D variety) there is very little verticality, you are typically on the ground just jumping over fireballs left and right. In THE PIT there will be enemies that specifically either keep you on the ground by design, or attack large regions of the air so the optimal strategy to fighting them isn't simply: Circle strafe and jump and they will always miss. This is something i noticed after many hours of Risk of Rain 2 with the only caveat being *MORE ENEMIES* breaks this for the most part. Still, I think there is a lot of room in terms of types of enemies and specific enemy attacks that can create interesting gameplay.

Lastly, I'd like to have things be multiplayer up to 4 people, online capable with reasonable netcode, but most importantly the game will have a LOT of really diverse characters. I want each character to feel unique, with unique passives that make plaything them feel personal to your playstyle. Additionally I'd like some of the modifiers/items to create certain "builds" or subsets of playstyles within each character. For example the character that does more damage the faster they are moving is one. Additionally there will be a character, Quake, who's passive is "Deal more damage the longer you've not moved" And his skills encourage him to actually not move, can attack without moving and has defensive abilities that allow him to not just die standing still. This also forces you to itemize differently between the two. A third passive is "Heating up" Where a character gains damage the more consecutive hits in a row they've done, unlike the others this one REQUIRES enemies. I want each to have its apparently strengths and weaknesses and fun ways to interact with them as well as the items. 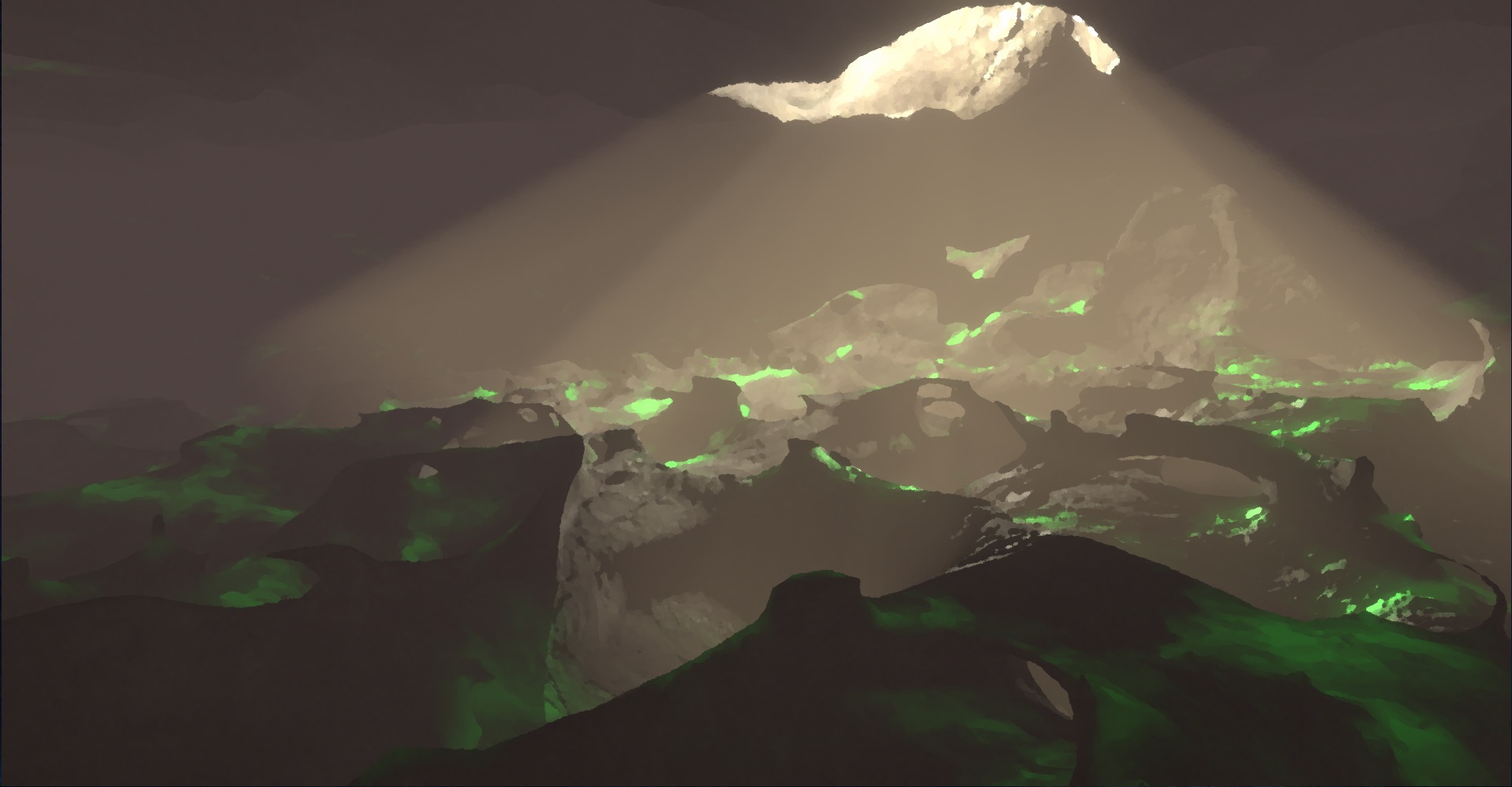 So far I've created the algorithms to generate and populate 2 environments with an aim to have at least 5 before any actual real Alpha will be available.

The environment algorithm is pretty modular so mainly its just creating the textures/materials and swapping around some numbers to generate some interesting areas. I want each of the 5 environments to not just visually look different, but FEEL very different with some more flat, some VERY vertical, some with tunnels and very curvy, and some more boxy and sharp.

The base for each character has been implemented, so now its all about character-specifically physics, attacks and abilities.

Keep in mind all these are cumulative but some can be done overlapping eachother. I am a one-man team but I will be hiring artists and audio guys to help out on the areas I can't do myself. This also only covers the INITIAL work, some aspects of the work will always be on-going and improving like VFX/audio as new things get added. But the timeline is to convey the amount of time i think the initial work would take for me to declare it "passing" or "quality enough"

If you've read up to this point I just wanted to say thank you, I'm really excited to keep working on this and I think it will be extremely fun, as its been quite fun (and a headache at times) but it will be worth it in the end. To keep most up to date with the status of the game, new updates, and see some previews of the game. Follow @TheVypur on twitter, I'll also be forming a discord for not just this game but other games I'll be working on, and maybe setting up something in the future if you want to support me but also get access to the initial alphas, help me design some characters and other fun stuff! Have a great day!