The perfect game to play local co-op with your friends and partners with classic top-down game play and simple yet dynamic controls. It come with eye-candy 3D graphic modernization of the classic Battle City with tons of added features to give it more depth and visual appeal. Game play is designed to entertain casual gamers and challenge hardcore serious gamers at the same time! Demo version Available. 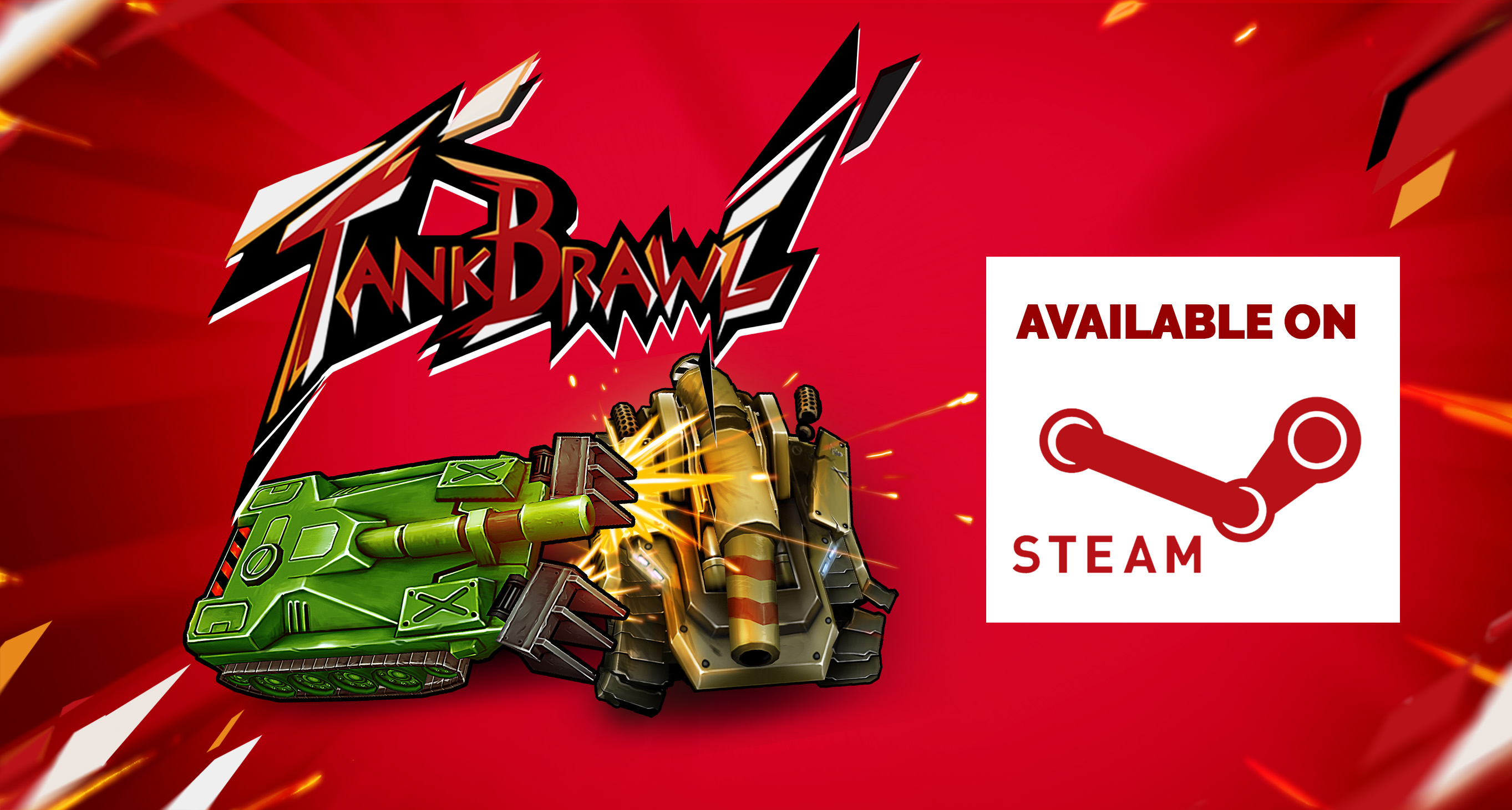 If you own a Nes system in early 90s, there is a great chance that you played Battle City, a very fun co-op top down tank shooter. It was quite an unique game at that time among other overcrowded 2d platformer games. Now in 2016, Tank Brawl is trying to recreate that fun in modern day 3d graphics.

The game features the original game play where you can play solo or with a friend, each control a tank and battling through swamps of enemy tanks to advance from level to level. It is a praise that this game is trying to stay as close as possible to the simplicity of the original on Nes. You still have the simple control scheme of just up, down, left, right and fire and your tank’s movement is restricted to vertical and horizontal only. Some may complain about the lag of diagonal movement or a more 3D perspective view, but adding those will definitely take away the fast pace and simple gameplay which is what made Battle City ticks. This accessibility makes it a nice game to play co-op locally with your friends, just like old time.

Tank Brawl would be just another boring HD remake if it didn’t packed with the new features. Start with the ways to kill enemies, if you remember in Battle City, you can only kill enemy by shoot them or active a “fist” pick-up, but in Tank Brawl you can ram enemies to pieces, you can pick-up a bomb that will stick you until you decide later to throw it forward like a grenade and do an area damage, you can charge up your cannon and release it in a powerful burst of energy that destroy almost any tank instantly, you can upgrade your bullet so it explodes and does damage to enemies near it hit target. 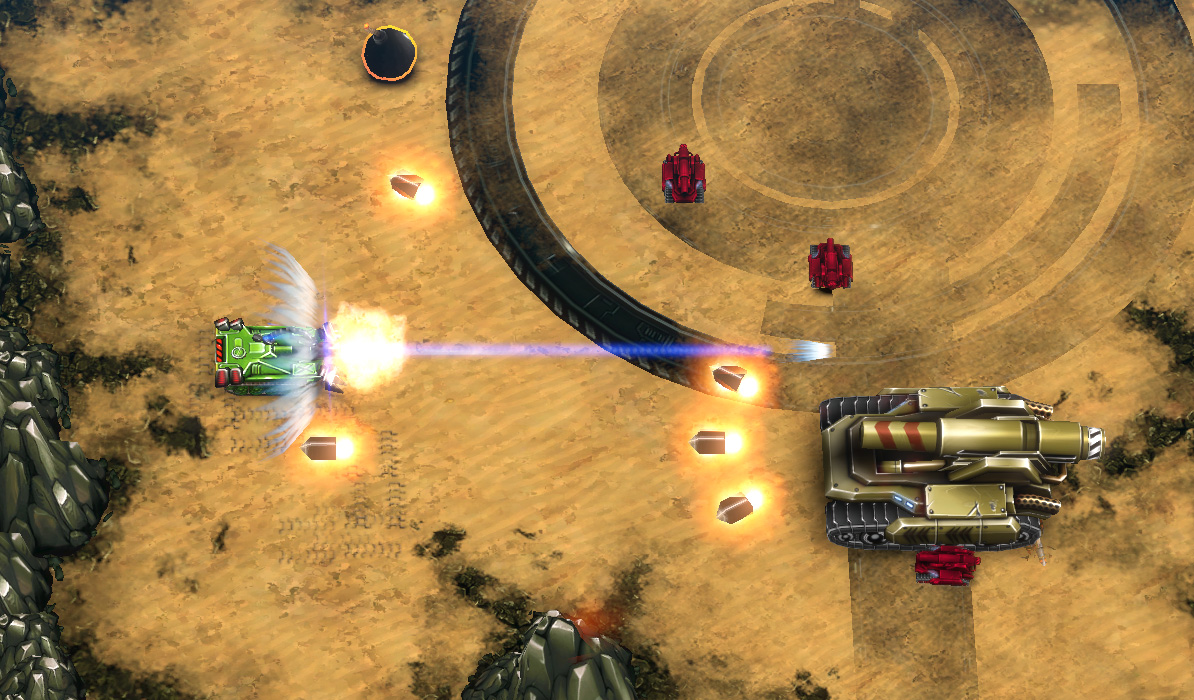 Another significant addition is the upgrade system where after each level, you earn an upgrade point. You can spend those points to upgrade your bulle speed, damage, tank speed, life and point earning rate. The last one is an interesting one as it definitely take its inspiration from modern tower defense game where you delay instant small enhancement to later but bigger ones. When you upgrade each aspect of your tank above a certain number of points, your tank acquires special “super weapons” for example if you upgrade your tank speed above 9 for example, your tank is equipped with an plough that allow your tank to ram enemies. Similar, upgrading bullet speed and damage a lot, your tank will have the “Cannon Charge” and “Explosive Bullet” ability 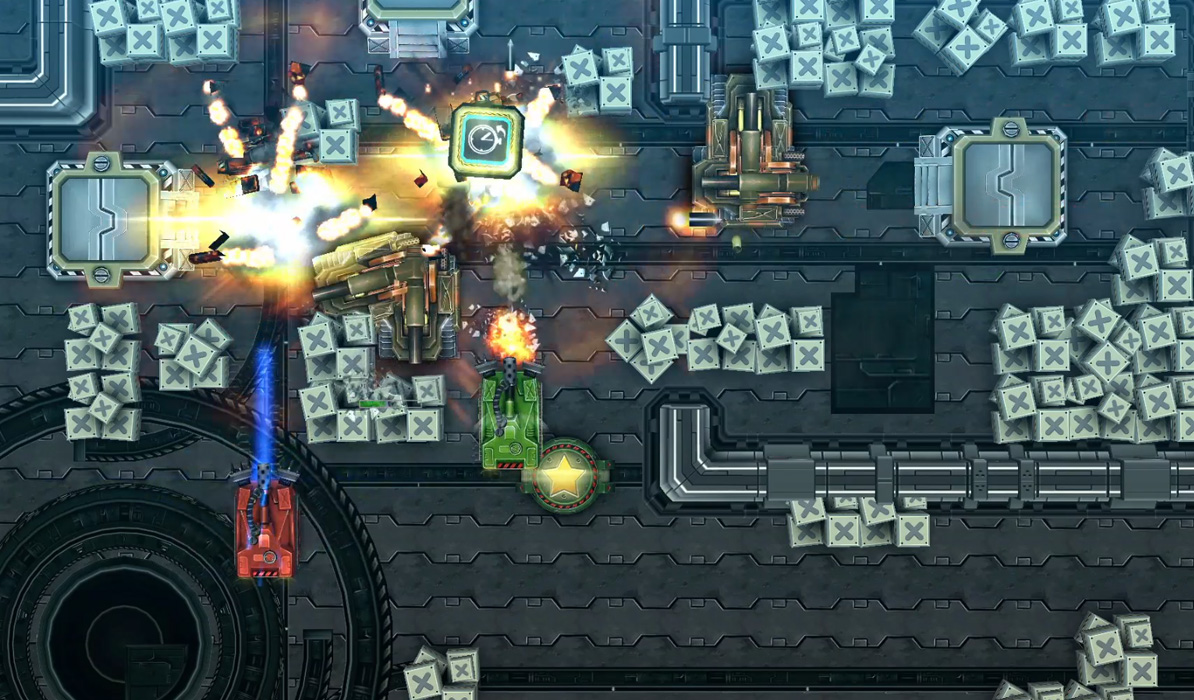 The giant bosses you encounter on some level add some thrill moment that is lagged in the original game. These monster machines would kill you many times over and require your total concentration to defeat them. Other small improvements are the introduction of new power ups like pet tanks, giant mode, super base, time slow down, bumping techno music and nice beefy explosion sound effects. 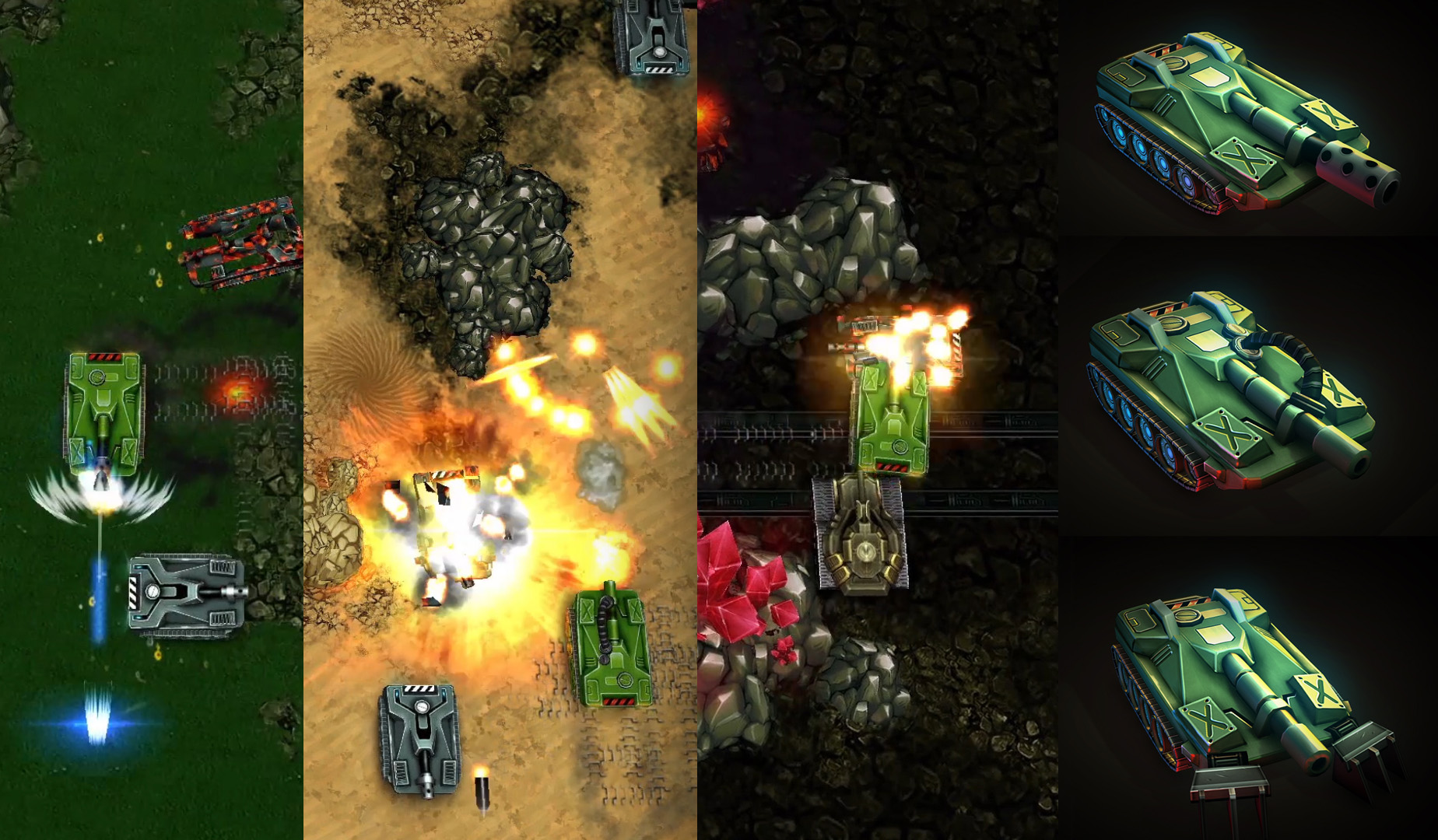 While the Tank Brawl does feature only 23 levels compare to more than 50 levels in original game, it does have many replay values with its added survival mode and leaderboards for players everywhere in the world to compete for top places.While reserving all the magic in the entertaining gameplay of Battle City, Tank Brawl did improve its gameplay with many interesting mechanics and most importantly take it to modern day beautiful 3D graphics. 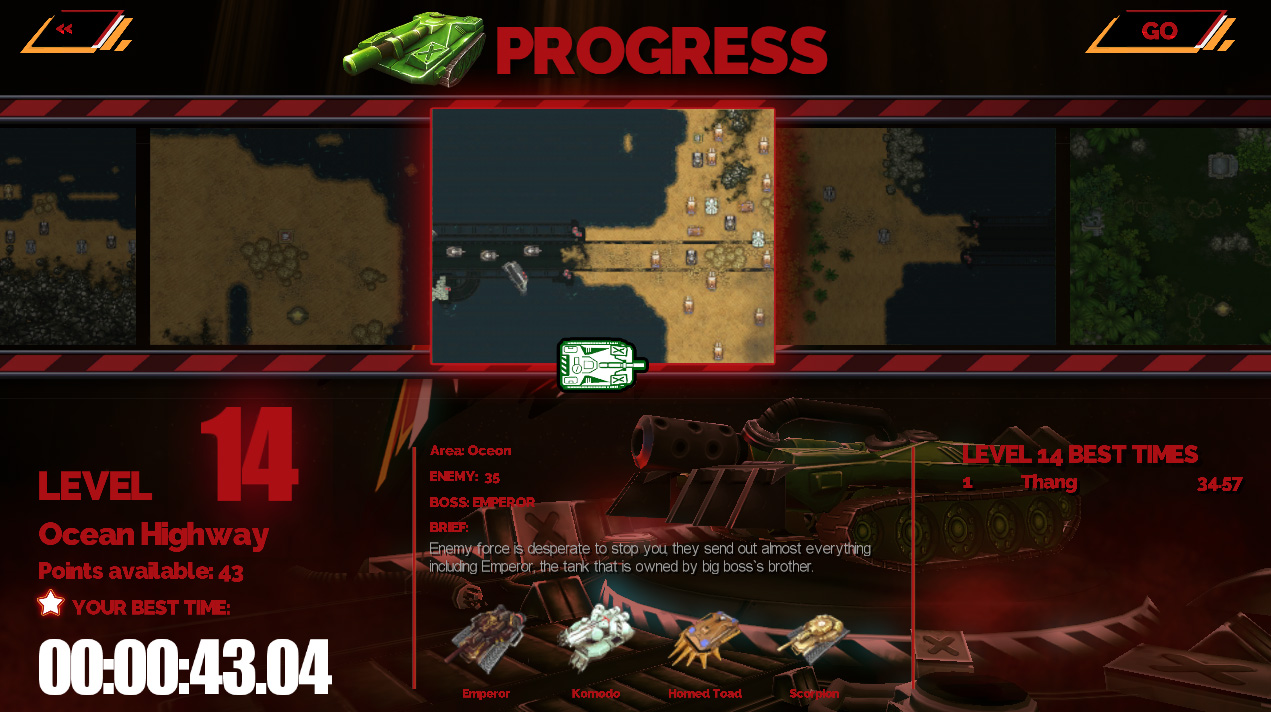 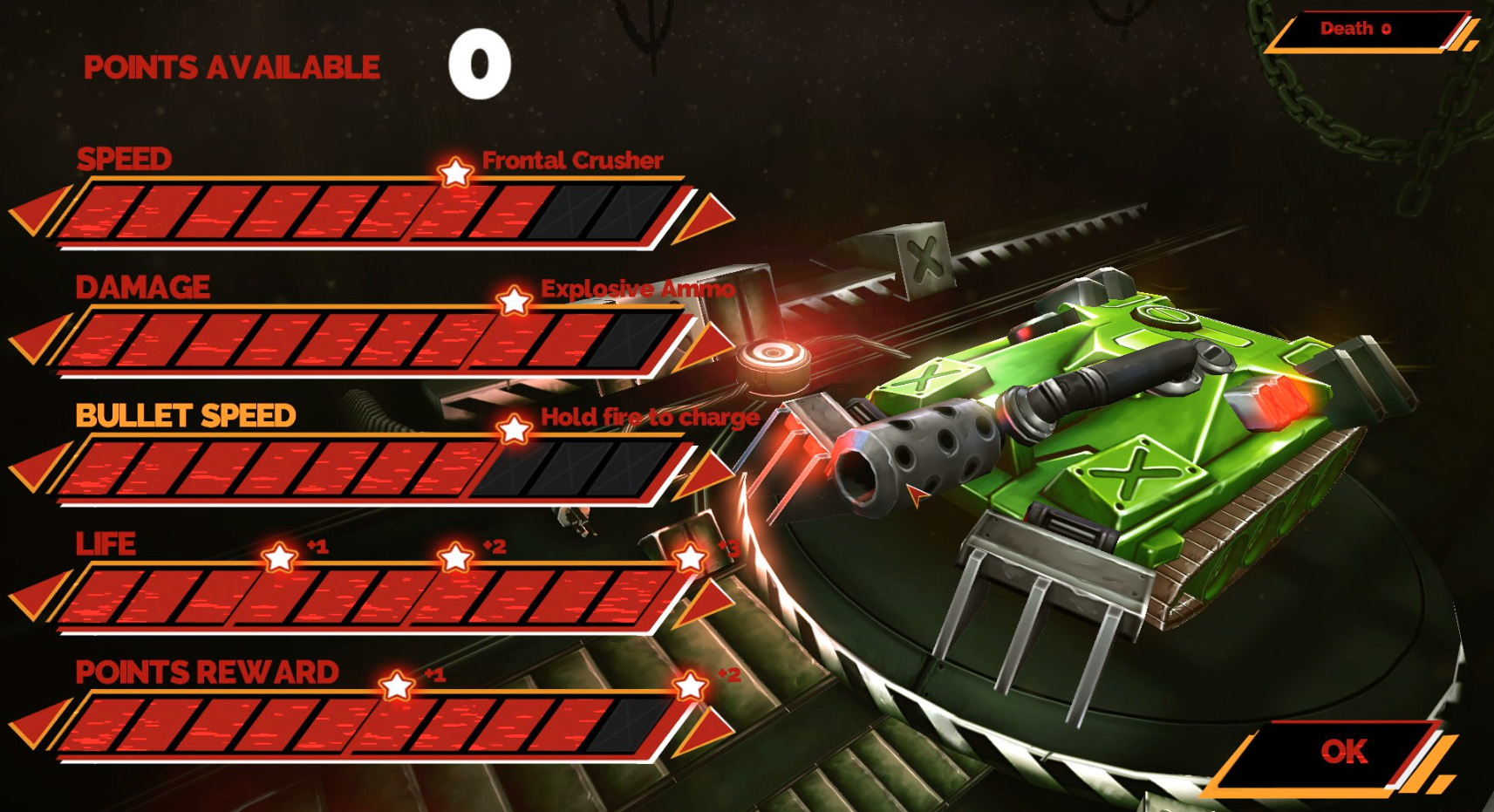 Tank brawl is the perfect co-op game to play with your friends & partners!

Get ready for intense hours of entertainment and fun !