An overview of the story of Cold Steel: Defiance and the events which led to it.

After the Third World War came to an end, in 2048, humanity found itself on an over-populated, resource depleted Earth. Meanwhile, technological advances developed during the war, such as the Tesseract reactor, which uses powerful gravitational fields to generate energy, has allowed for further space exploration.

While most of the solar system had been explored, mankind's attention had previously been focused on the war and thus, the actual colonization of other planets had remained a subject of science fiction. However, in 2050, the Alliance of Socialist States, Eurasian Plutocracy and League of Islamic Nations, began to look to the stars as a solution to their growing resource crisis. The Moon was the home of humanity's first extraplanetary settlement in 2052, when the Eurasian government-corporation built the Nelson Slave Mines near the Moon's north pole. What followed, was a period of aggressive rapid colonization of the rest of the solar system.

Mars was the first extraplanetary celestial body to be claimed by a nation, when, in 2053, Saudi Arabia and Iran, distributed the territory between eachother and established eight colonies on the planet. Eurasian-based Global Real Estate corporation was the next entity to stake its claim in 2055, when the Eurasian Plutocracy declared Jupiter and the Jovian Moons, corporate property. Eurasian corporations next attempted to claim the mineral-rich asteroid belt, but a Socialist Alliance fleet, led by the United Continental States of America and the New Soviet Union, ousted the fledgling corporate colonies and declared the asteroid belt an Alliance Military Zone, building several military bases there, starting as of 2056, in a move to control and tax trade between Earth and the Jovian colonies.

The colonization process continued for the duration of the next fifteen years, as a massive exodus began on Earth, with extra-Terran human population reaching eleven million in 2068. However, all that would change in 2070, with the Event. 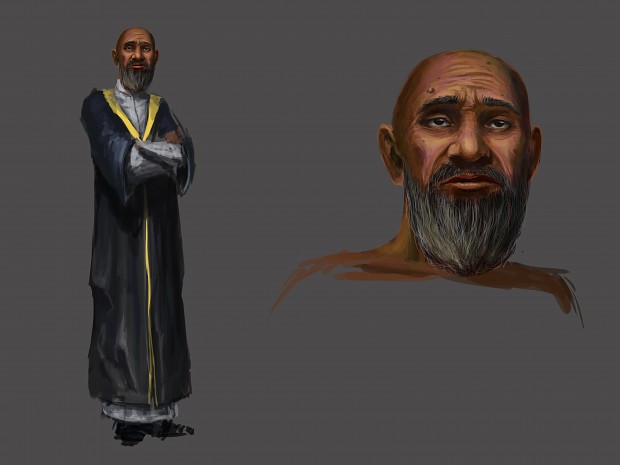 May the fifteenth, 2070, was the day when Earth and its Moon, simply vanished from space. No one knows what happened, but the survivors simply called it, the Event. Extra-Terran colonies weren't yet sufficiently developed to achieve self-sufficiency, therefore starvation became a major problem. A period of three years of chaos ensued, which has become known as the Colony Wars. During this period, colony fought colony over resources and extinction became a very real possibility for humanity. In 2073, however, the first signs of re-establishing order began to show, when three Martian colonies founded the Islamic Unification Front. Two more colonies were conquered by IUF forces and the remaining three, were forced into submission.

The Constitution of the Islamic Federation was signed in 2074, in the same year when the CEO of Global Real Estate eliminated all other corporations in the Jovian moons and founded the Corporate Dominion. As the Colony Wars came to an end, the asteroid belt colonists, which had used their significant military fleet to sell their services as mercenaries, found themselves without a source of income. With the Islamic Federation having a monopoly on agriculture and the Dominion possessing most of the remaining Earth technology, the asteroid belt formed the Socialist Star Republic, once again using their naval force to tax trade between Mars and the Jovian moons.

A relative peace followed, but humanity continued to decline, with total human population reaching an estimated 9.700.000 by 2081. And now, in 2084, everything is about to change again, as a nuclear weapon of unknown origin, was detonated in a Martian colony, obliterating three hundred thousand colonists and forcing the Islamic Federation to threaten with the cessation of food supplies to the other factions.

With the solar system on the brink of war again, the Socialist Star Republic hires a mercenary ship and its crews to investigate the attack and most of all, find out who still possesses nuclear armament.