This week we’ve got a detailed post looking at the primary weapons and items for the new Hacker class.

This week we have weapon and item details for the new Hacker class. Similar to the Angel weapon and item post, we have categorized them into three groups: primary weapons, items, and melee. 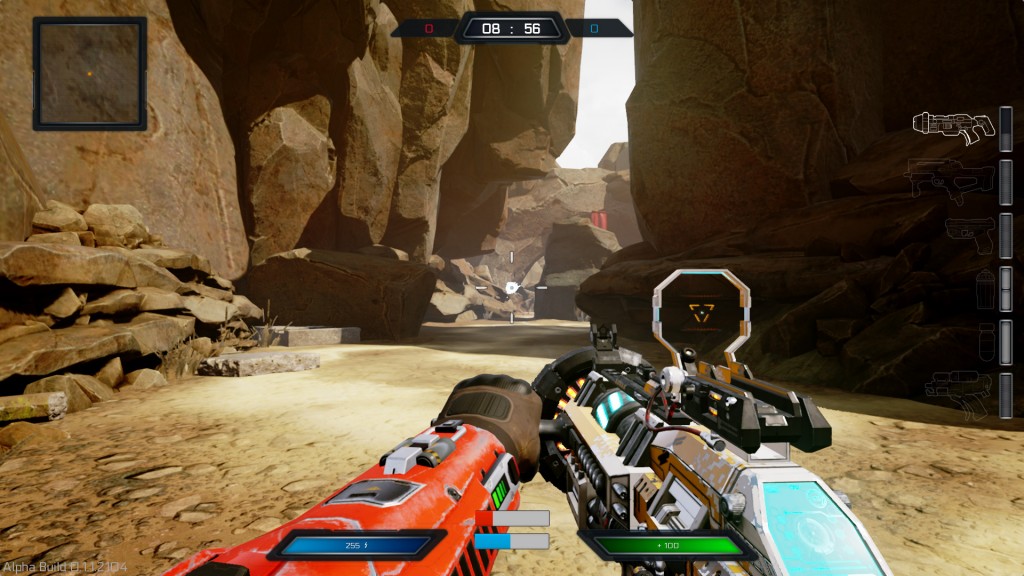 1. Penaton S – With no ammo requirement, the Penaton S is equipped with both an Energy and Overheat bar and is far from your typical weapon. Every shot fired from the Penaton S consumes Energy; however, if Energy is full the Penaton S can shoot up to 10 times. Once fired, Energy will be slowly regained. With every shot, the gun heats up adding to the Overheat bar. Overheating the Penaton S will disable the gun for 10 seconds. This weapon is only available to the Hacker class. 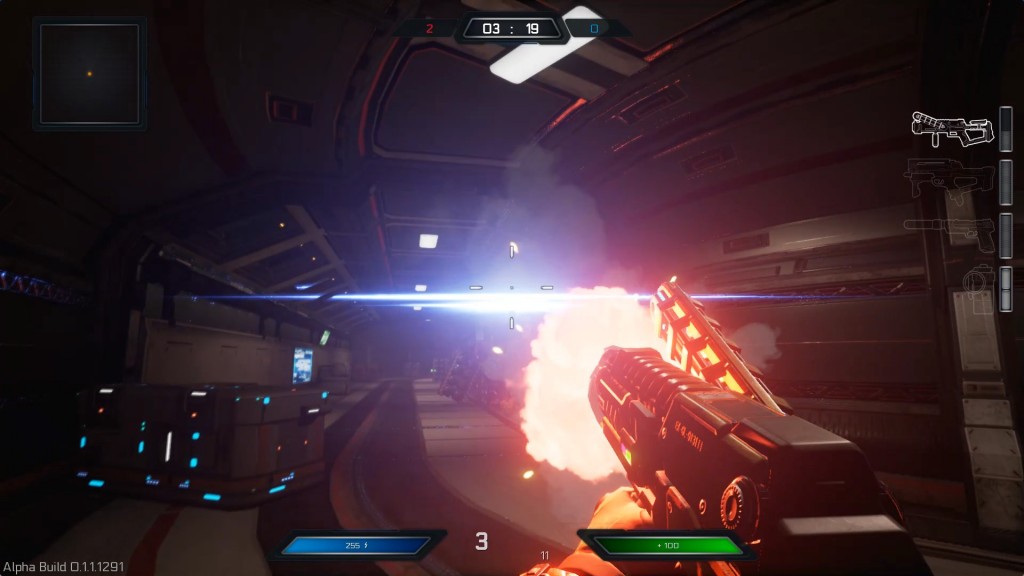 2. Grenade Launcher – Explosive damage for short range attacks. The Grenade Launcher only holds up to 5 grenades at a time, so players must be mindful when pulling the trigger. This weapon is only available to the Hacker class. 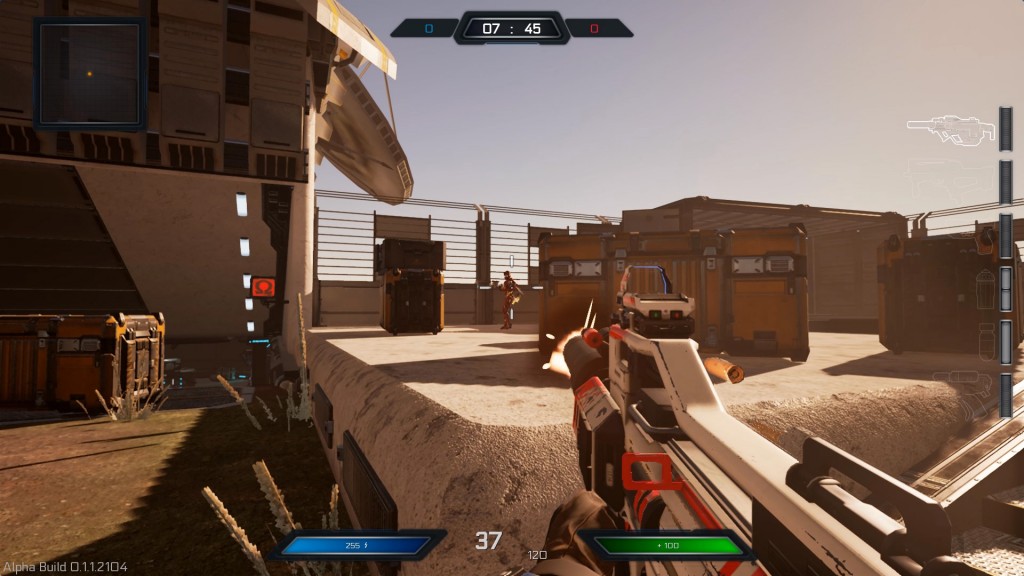 3. Steyr Falcon – An automatic assault rifle with the largest magazine size of all Hacker primary weapons. A no fuss no muss kind of gun, the Steyr Falcon pairs up well with any of the available secondary weapons. This weapon is only available to the Hacker class. 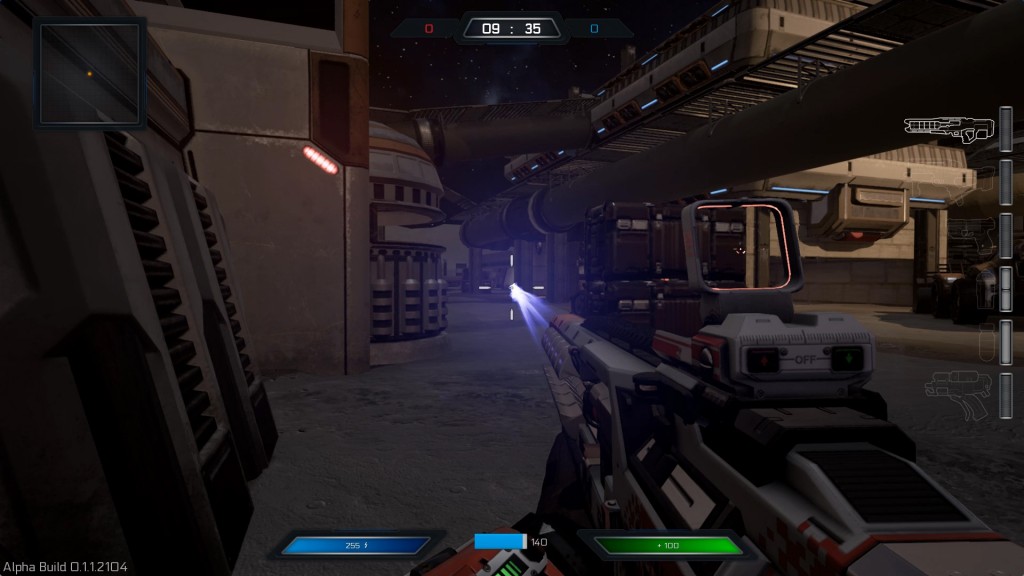 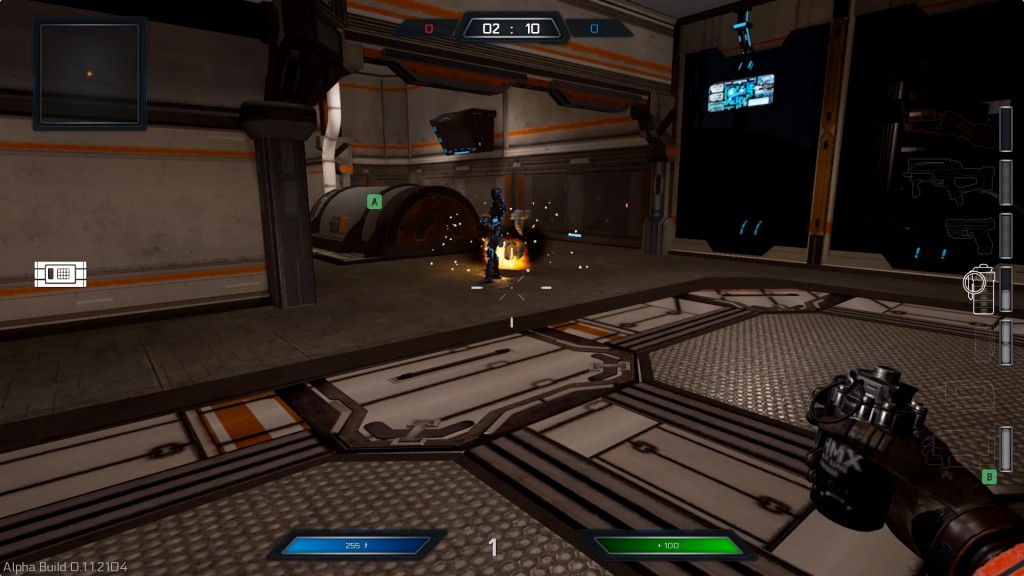 1. HMX – Used for ranged attacks, this is your typical grenade. Chuck one of these suckers at your enemies to blast them from a distance. This item is available to all classes. 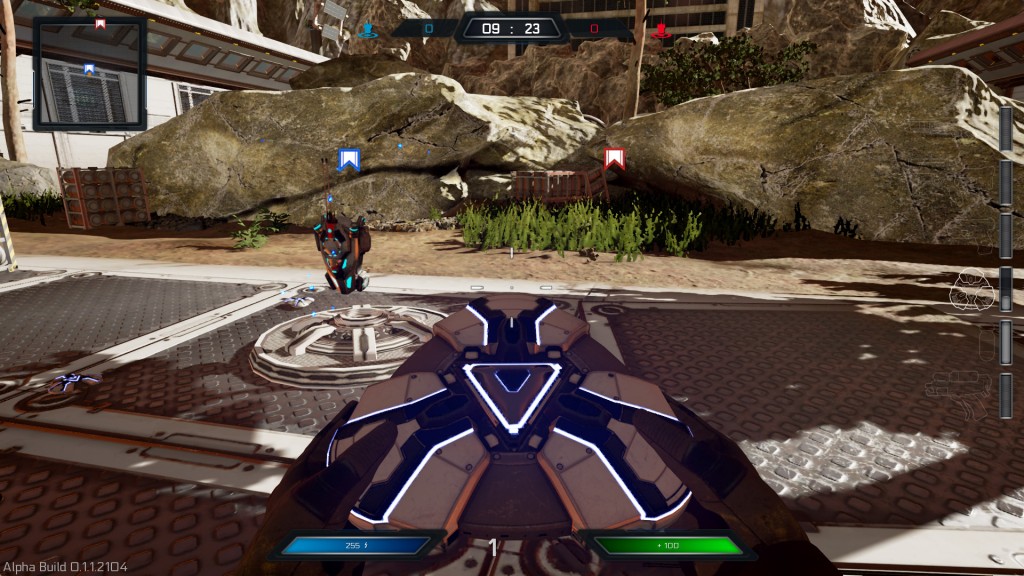 2. Coxi – Available only to the Shadow and Hacker classes, the Coxi is an anti-personnel mine. Enemies that step on a Coxi can lose 100 HP, however these mines can be destroyed by a grenade or by shooting at it from a distance. Coxis can be moved by pressing and holding “E” while looking at and standing next to one. A maximum of 3 Coxis may be placed at any given time. 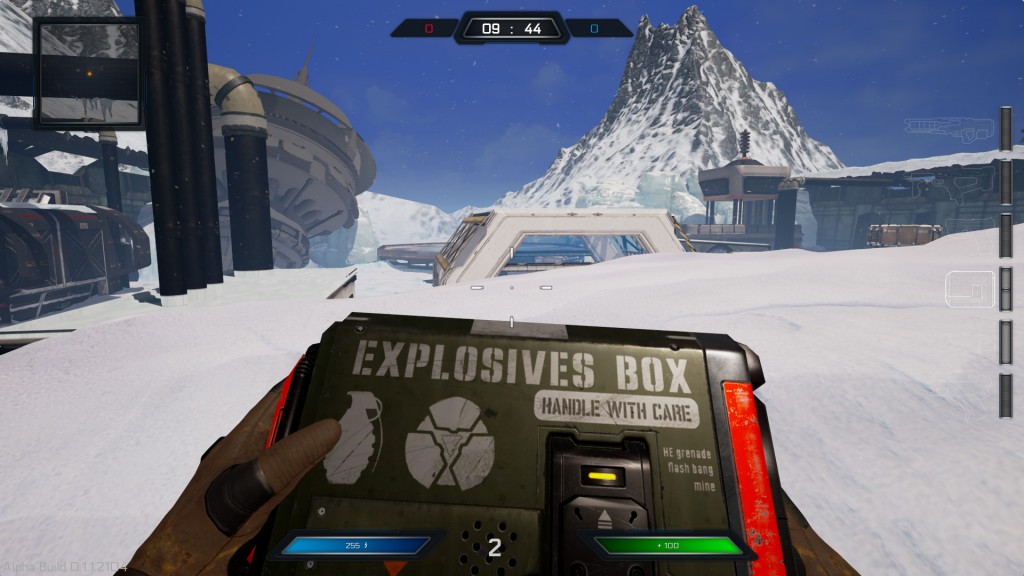 3. Explosives Box – An ammunition box containing HMX, Coxi, X-Gel, and XEMP. These boxes may be placed on the ground, allowing your teammates to refill their explosives. This item is only available to the Hacker class. 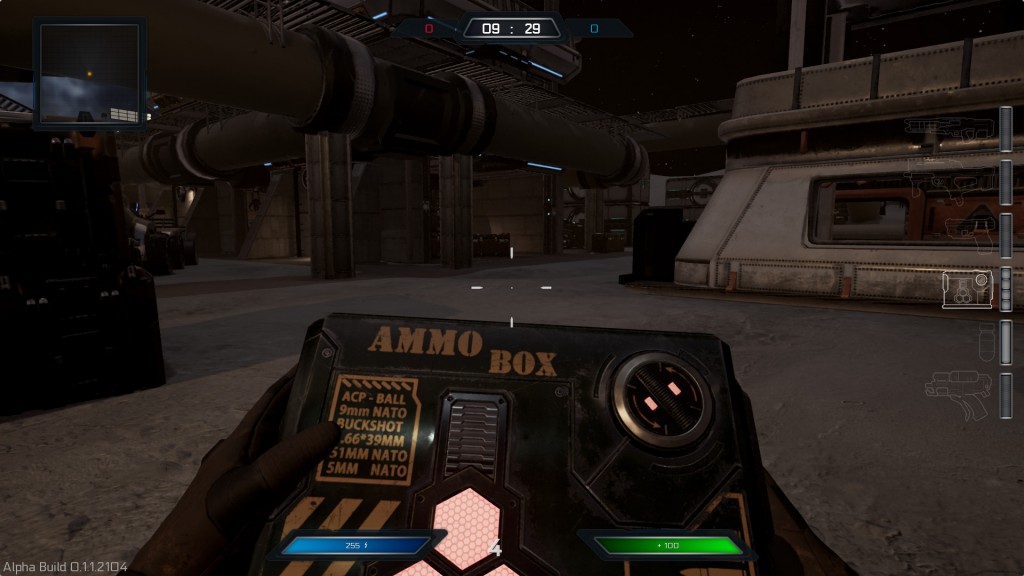 4. Ammo Box – A primary and secondary weapon ammunition box. Like the Explosives Box, these boxes may be thrown on the ground for teammates to pick up. This item is only available to the Hacker class. 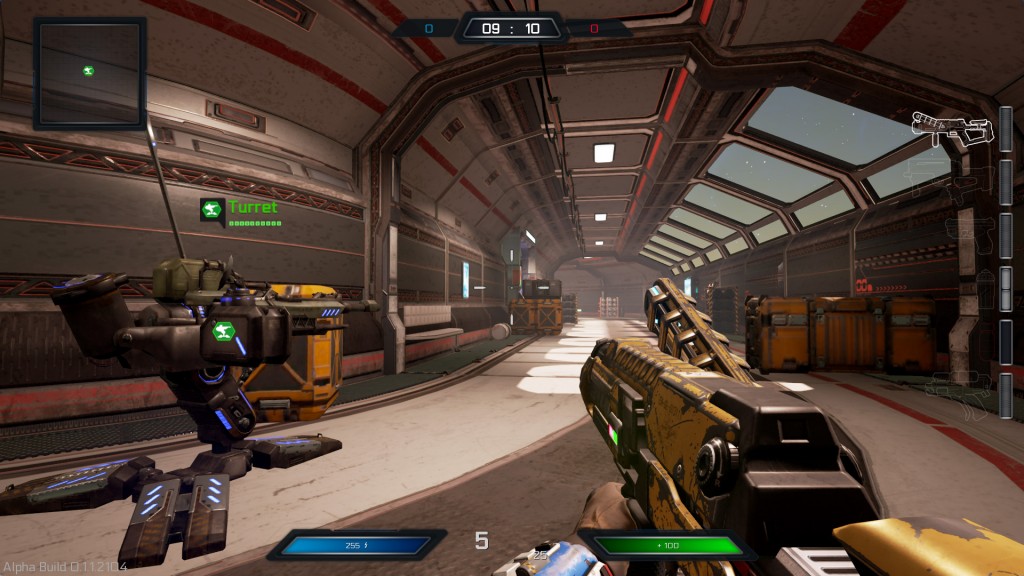 5. NADA Turret – This is the Hacker's automatic turret. Once placed, the NADA Turret will aim and fire at nearby enemies. It may also be found on the mini-map for easy access. The NADA Turret can be moved by pressing and holding “E” while looking at and standing next to it. If damaged, it may be repaired by a Hacker by using the Repair Gun. This item is only available to the Hacker class. 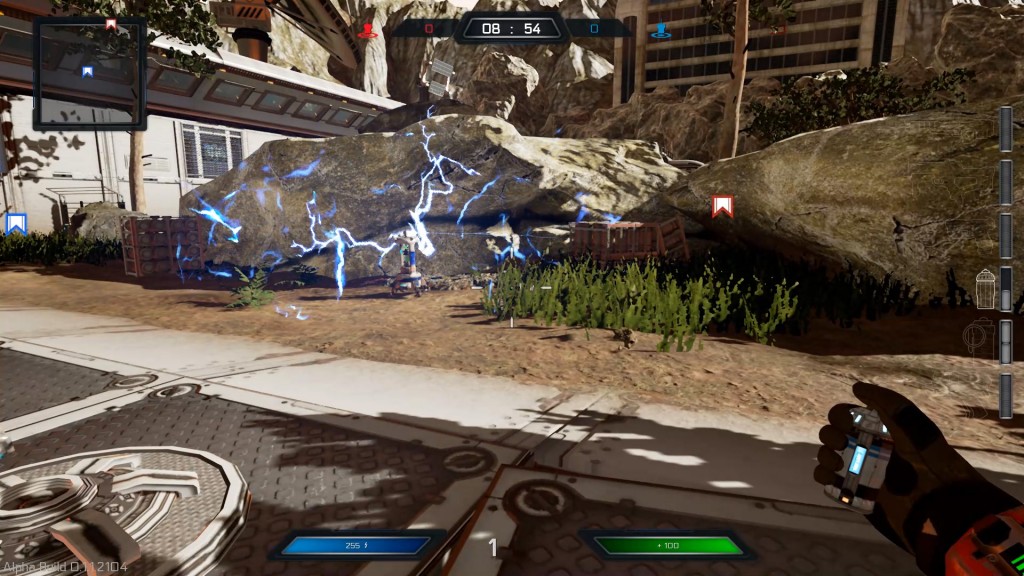 6. XEMP – Available only to the Hacker class, the XEMP is an electromagnetic pulse (EMP) grenade. Once detonated the XEMP will instantly disable any Angel Medi-Gel Stations or Hacker NADA Turrets within range for a short period of time; however, it will not deal any HP damage to these structures or players nearby. 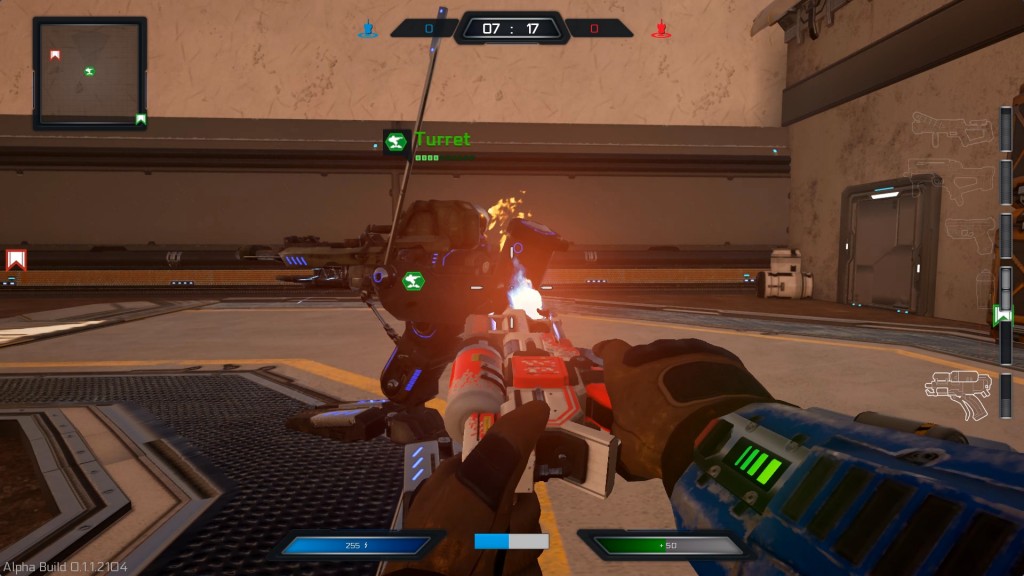 1. Repair Gun – This tool can repair the Hacker's NADA Turret and the Angel's Medi-Gel Station. To repair these structures, click the left mouse key while looking at and standing next to it. Once developed and implemented, the Repair Gun will also be able to repair vehicles. It may also be used as a quick melee attack.

Thank you, we've been at it for quite awhile now and can't wait to release it!