The mod is still under development and it will require some time before it releases out in the open world, I'm not planning on releasing a Demo version first because I don't really think anyone plays Demo's anyways, but if there are people interested I might consider it.

So the custom story is gonna be one map only and it's gonna be based on the original Five Nights at Freddy's map, with the same cameras and somewhat same gameplay, but I intend on making some differences, some small things for people to notice and easter eggs for players to find. As you can see down bellow the map is ready, but my work in the engine is far from done, first i need to place the correct areas for the scripts and then fix some of the monster behaviours if possible. 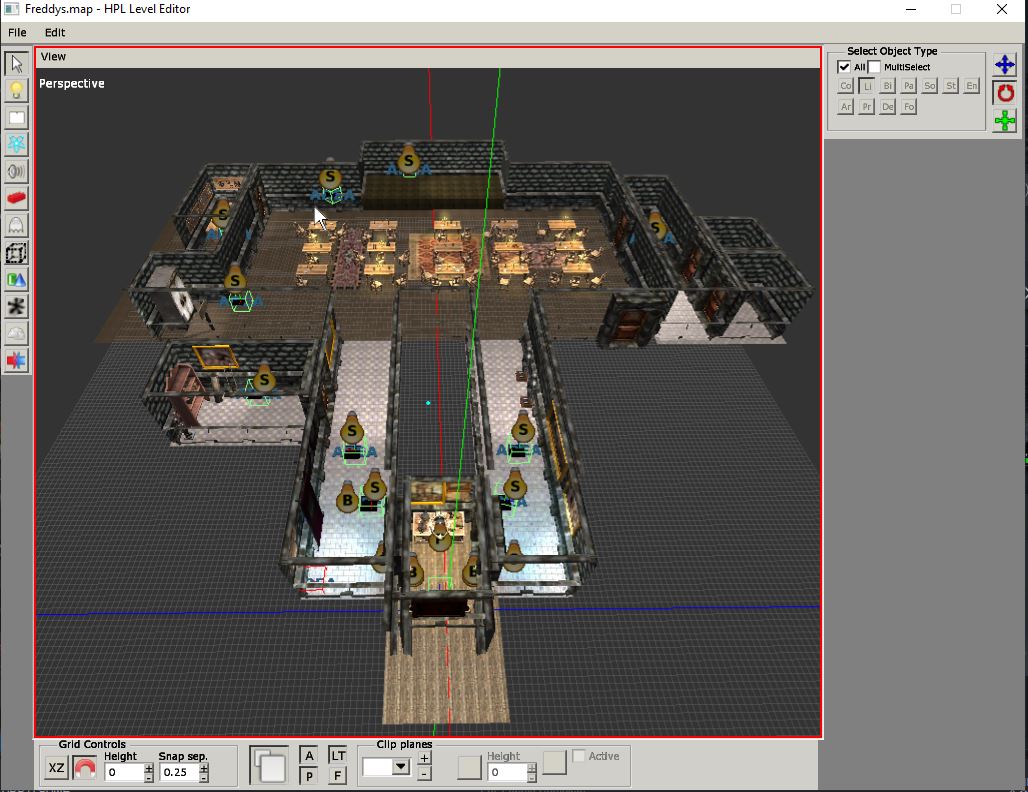