Steam Marines v0.8.3a is here with a tutorial, unit tooltips, and more! Also getting ready for Steam launch!

Good stuff incoming on the path to beta! That means I'll be working really hard on finishing all major mechanics and systems. Also, Steam Marines will be launching on Steam next month!

The price is being bumped up to $7.99. I feel this is appropriate for what Steam Marines has to offer at this point. At release the price point will probably be at around $10 or a bit higher. 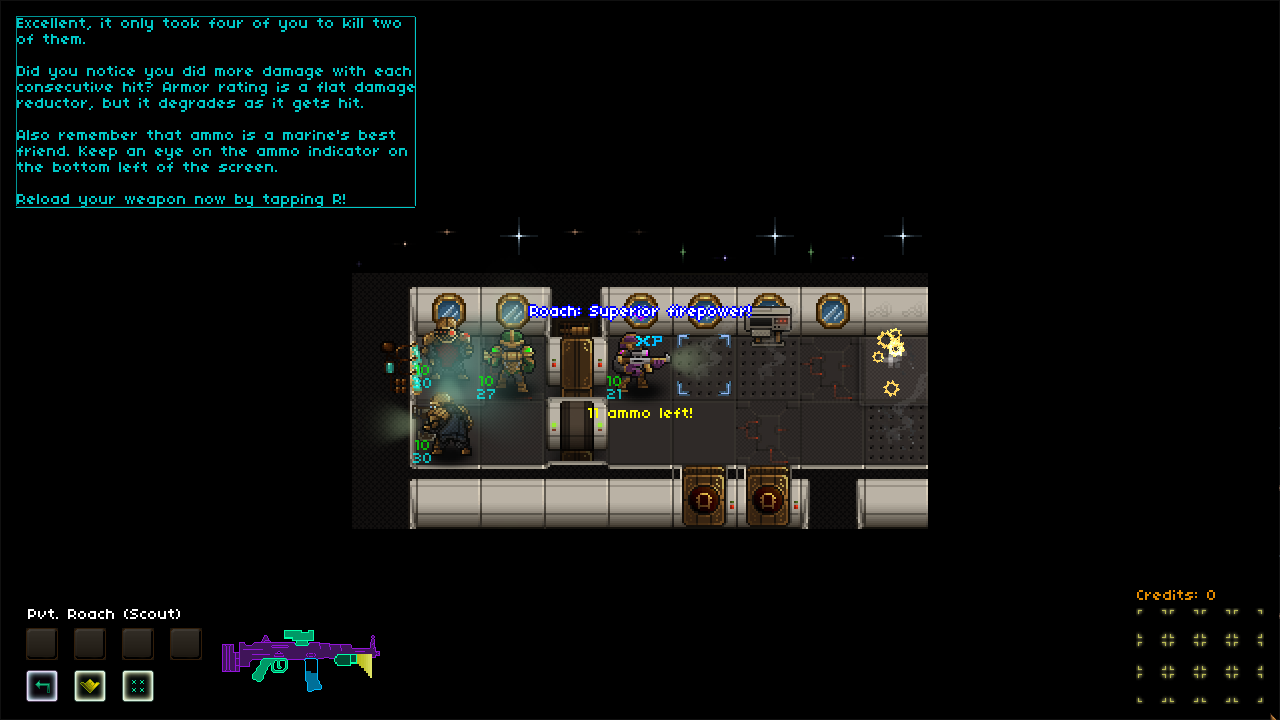 Steam Marines finally gets a tutorial. Huzzah! Basic stuff only - there's still advanced stuff for the player to figure out! Hulk Suits, flamethrowers, paintings, portholes, knocking the baddies out into space - these are all still discoverable. But the tutorial does ease new players into the basic concepts of cardinal fire and movement, as well as turns and the squad working as a whole. 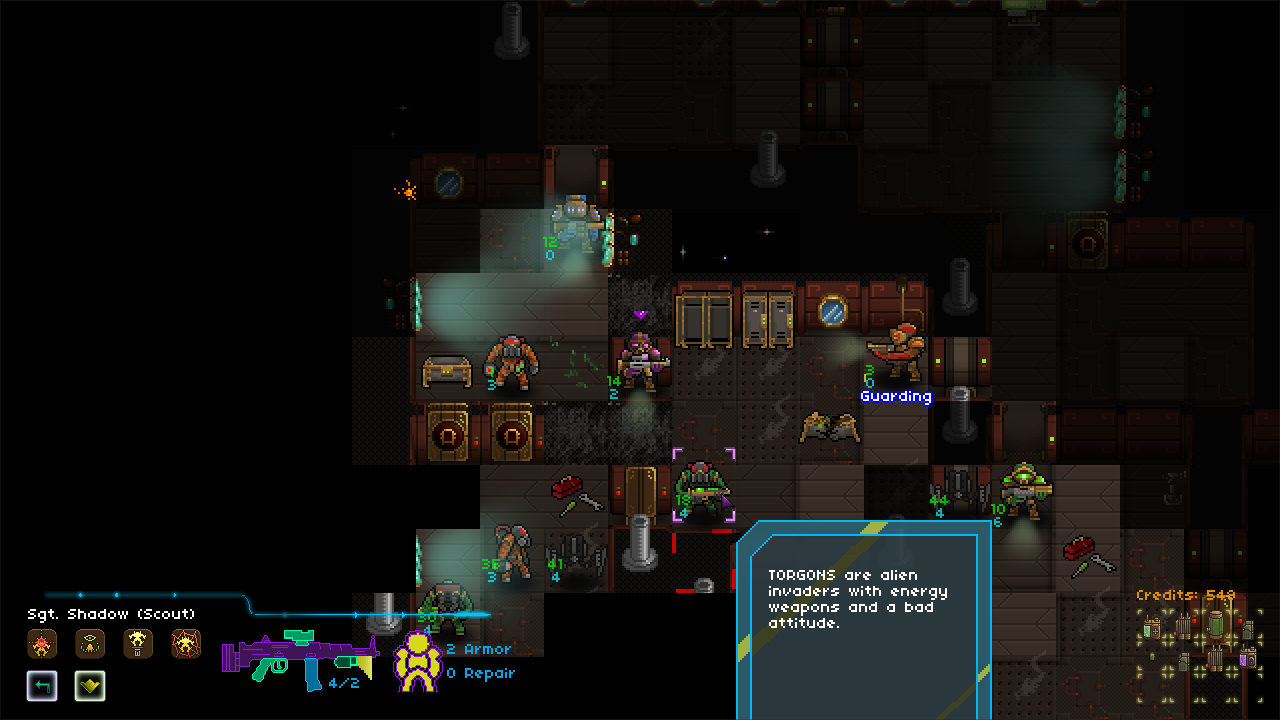 Unit tooltips have been implemented! Mousing over enemies will give you a brief overview of what they are and what they might be able to do. Mousing over marines will show you a brief outline of class and stats, letting you know what they're capable of. Because of this more streamlined interface the Squad Overview screen has been removed. Yay!

So what happened to the crew... oh. 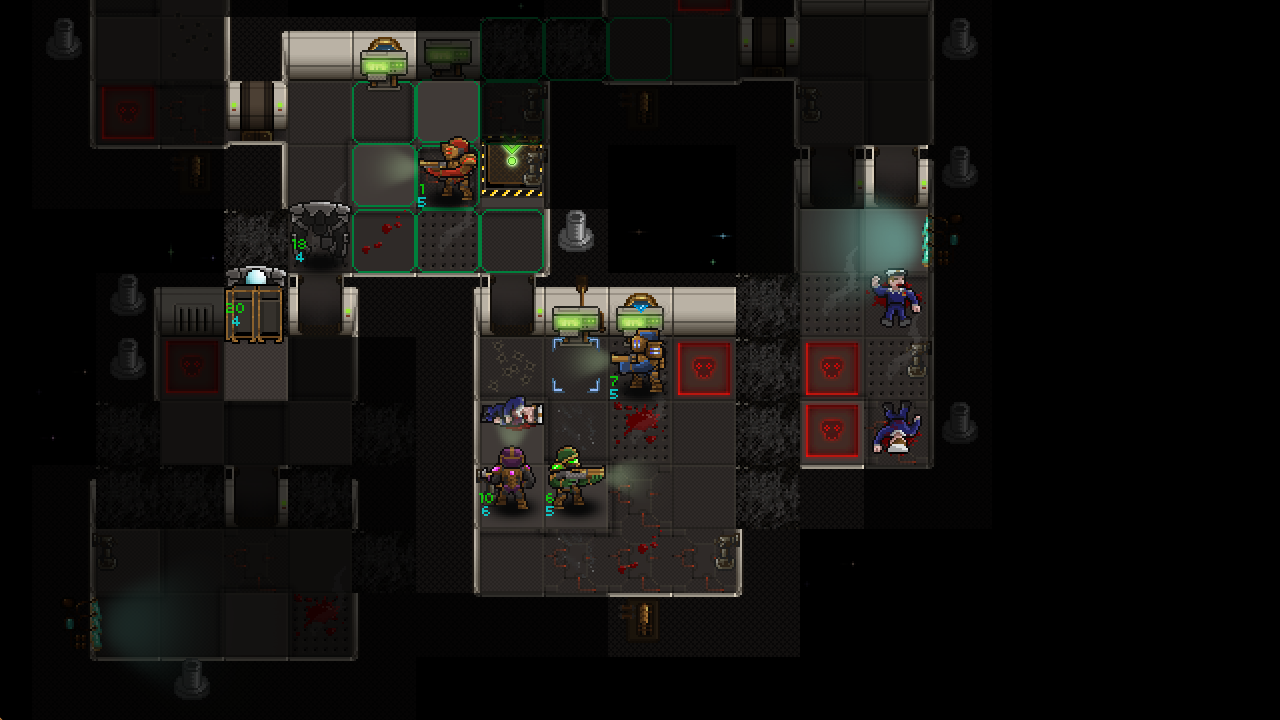 Yeouch. Looks like the party started before your marines awoke from cryosleep! Are there survivors? Can they help you? Are they in full panic-shoot-anything-on-sight mode? Are there medkits in their pockets? 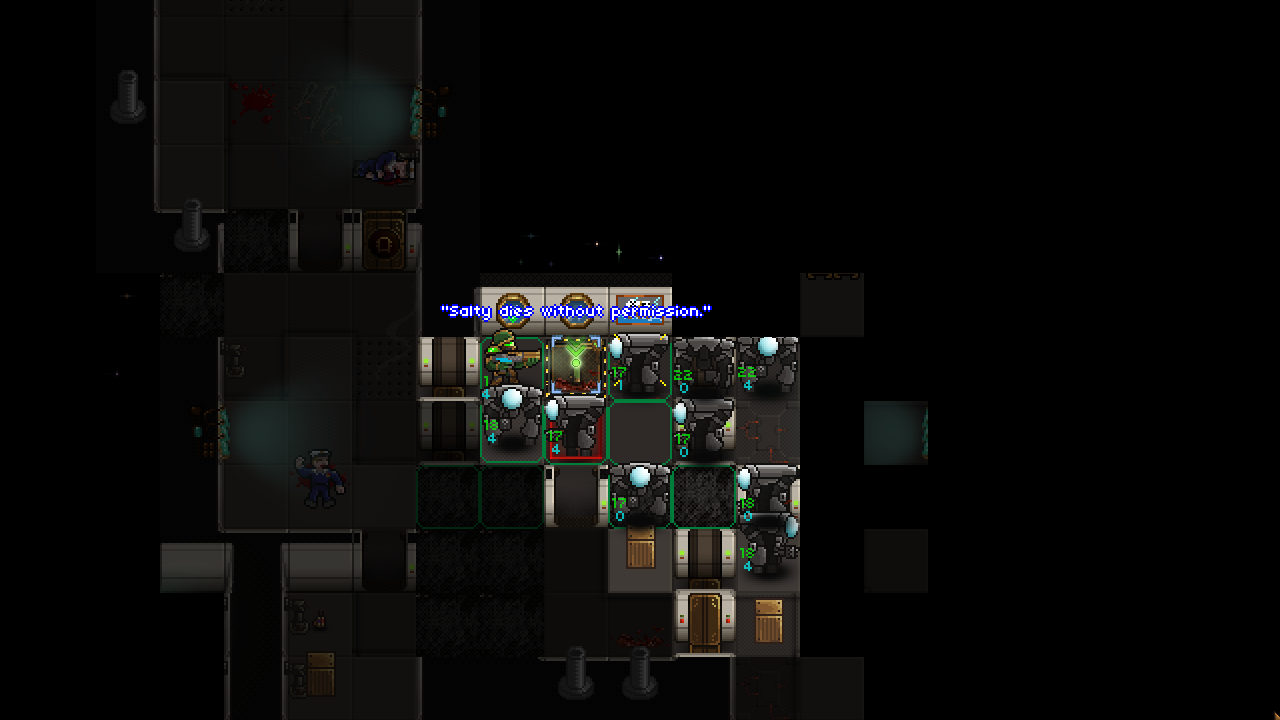 Steam Marines has never been big on narrative. The plot is paper thin and the circumstances slightly mysterious. But it does tell a bit of story through your precious marines, primarily through flavor text. Walk past a painting or a porthole and a marine might comment. Find something shiny or toast an enemy and he/she might cheer or curse. The world of Steam Marines is harsh, but marines struggle on anyway.

That's it for this build! Thanks for playing and happy robot hunting!

I really love what you're doing for the games development. My rate just went from 8.5 to a 9.6 (:

Awesome updates. Especially welcome the tutorial and mouseover tooltips. I'm rooting for you guys - keep it UP!

Why isn't standalone installer getting updated?

I am still at 0.8.2a. Did I miss something? Or will there be a steam key? Since its greenlit I'm guessing it gets more attention on steam and the steam forums?

Do not purchase on Desura if you want current updates. It seems this game also suffers from lack of updating and is completely unacceptable business practice to hold patches from customers. There are comments here from OCTOBER about the standalone installer not being updated and here we are during a landing page sale with a game version that is over a month old?

I will never buy;

A) Anything from Desura ever again.
B) Anything labeled as Alpha again.
C) From this Steam-oriented developer.

I get it directly over Steam:
Great game and concept.
Thanks for the Tuto, etc.

Lot of hours of fun there :o)