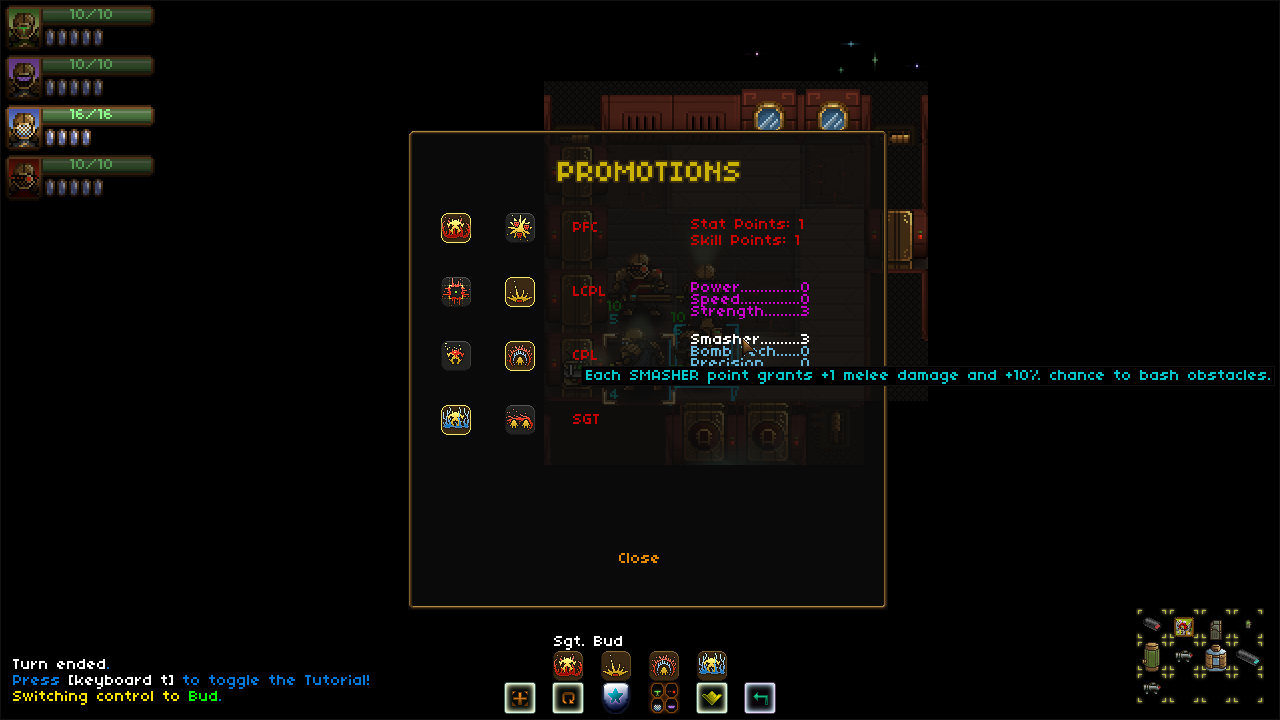 Each time a marine is promoted a talent may be chosen at the new rank and one stat and one skill point are granted. There are three stats - Power, Speed, and Strength. There are also three skills - Smasher, Bomb Tech, and Precision. Each has cumulative effects with each point invested. Some don't have any discernible effect until a threshold is reached. Some cap out at 4 points total. Spread them around or stack them up - it's up to you. 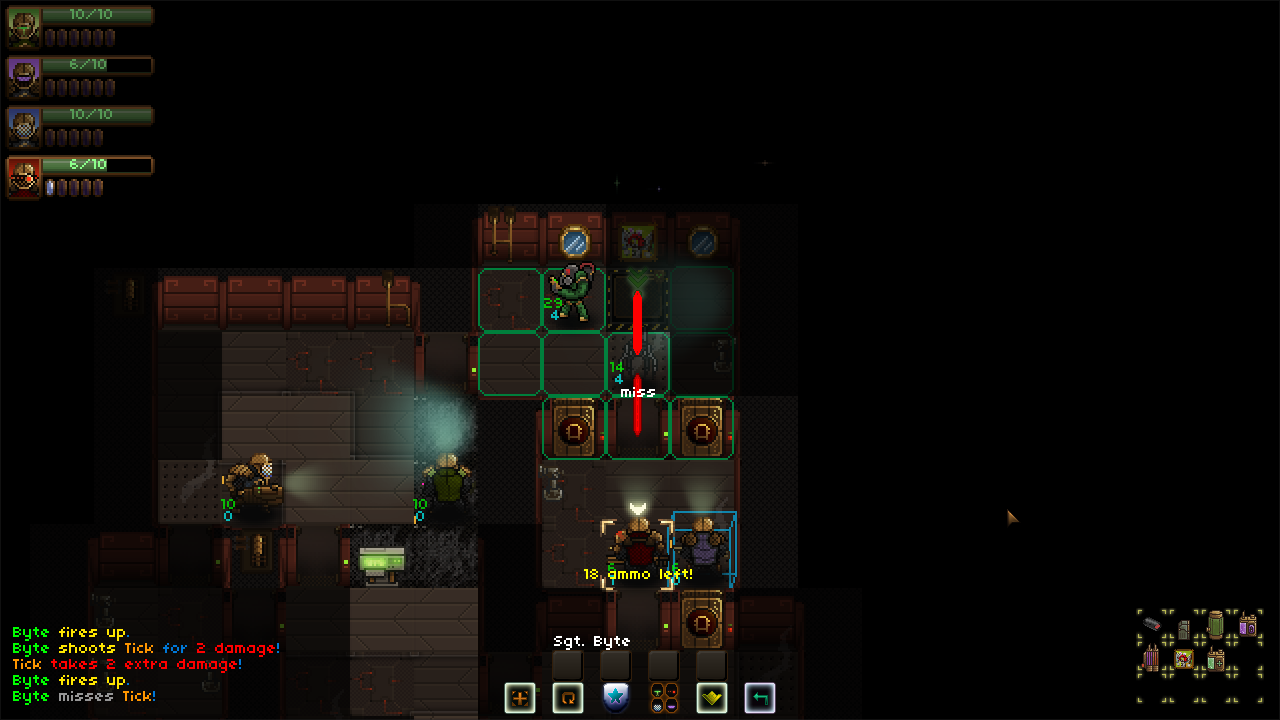 Placeholder laser beam graphics?!? Oh well. They'll be vamped up soon, along with plasma and beam tech entering the fray in the late game. But for now once you get past the Command Deck you'll have the chance to find red chests that contain higher tech weaponry. Upgrade from ballistics and you might stay alive longer! 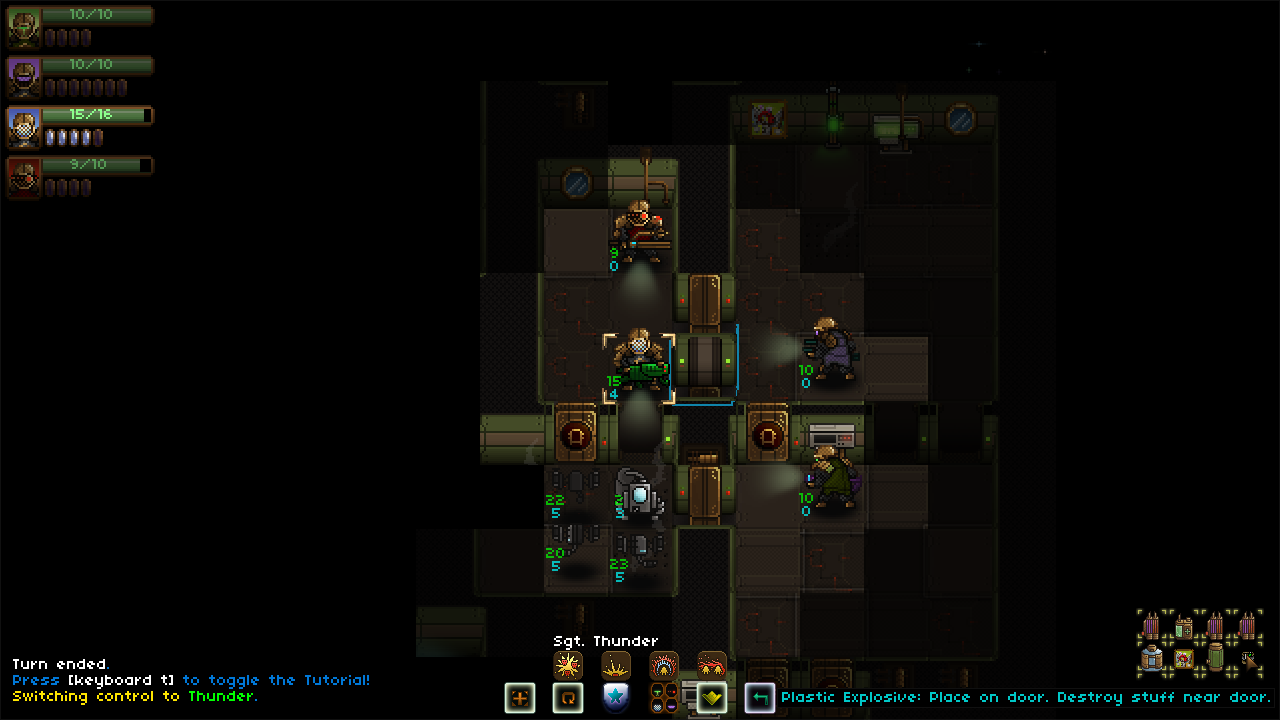 Plastic explosives can spawn on doors now. Alien tech or automated ship defenses? Either way marines with enough Bomb Tech skill may be able to diffuse and re-arm these in more tactical locations. Robots aren't that smart, right? Beware of friendly fire!

Explosion animations got a revamp with 100% more pixel art oomph. Say good-bye to the particle effect nonsense. Players with low end computers can thank me later.

You can't keep a good bot down 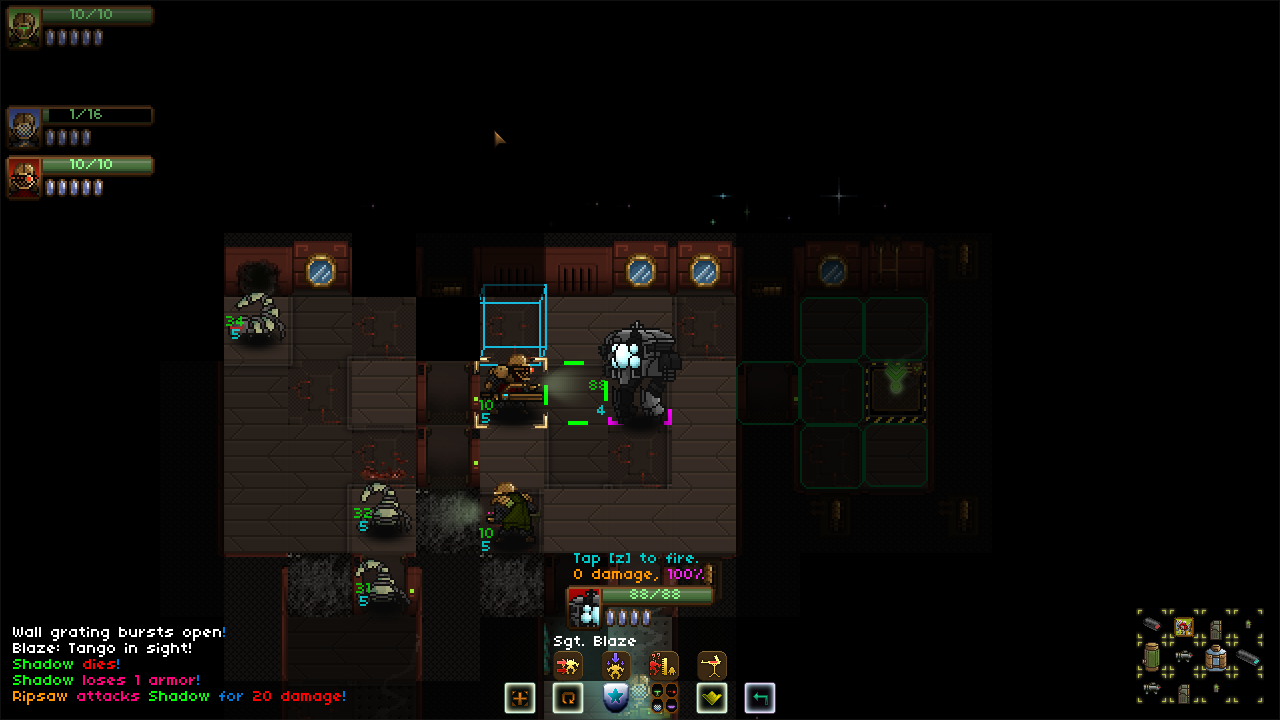 But you can reduce his variants to a pile of steaming rubble. Deck boss units may come back as slightly less powerful variants on later levels. Don't worry, you can't teach an old bot new tricks, right?

That doesn't look so hard to clear... 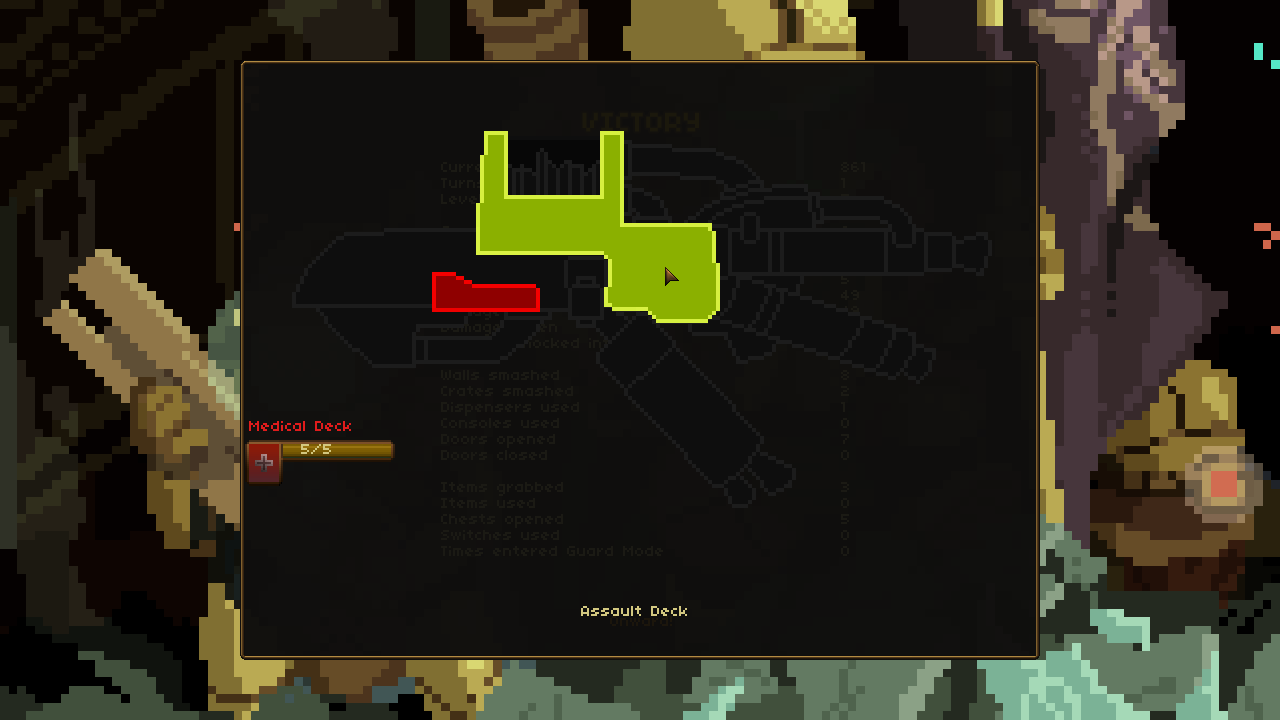 The Ship UI is here. As you finish each deck you'll be prompted to choose the next deck to clear. The game only has three decks in total right now, but more will be coming. There may or may not be benefits to clearing harder decks sooner! Do the machines learn? Do the aliens retool and change their tactics? Hey, what's that sound?

As usual you can download the alpha builds for Windows or Mac from the official Steam Marines website or the official forum. Below is the v0.8.0a changelog.

Hey, I know you from Reddit! Now I have finally time to take a better look at your game, been a big fan for a long time.