Steam Marines v0.7.6a has arrived with a Score Screen and more!

This build brings quite a few changes. As usual the full changelog follows at the bottom of the post but here are the highlights: 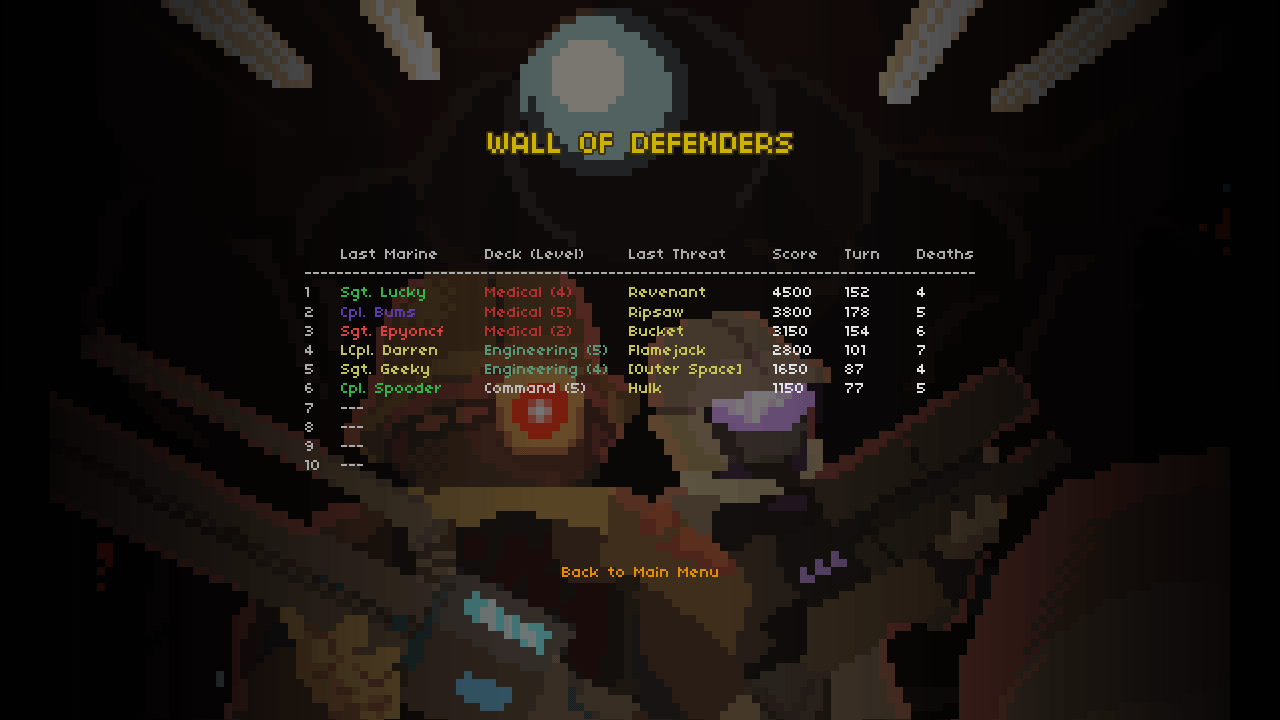 A scoring system and a high score screen - accessible from the main menu and it pops up after squad death. Right now the scoring system is opaque but I'll be making it transparent, and adding more miscellaneous stat tracking, in the future. 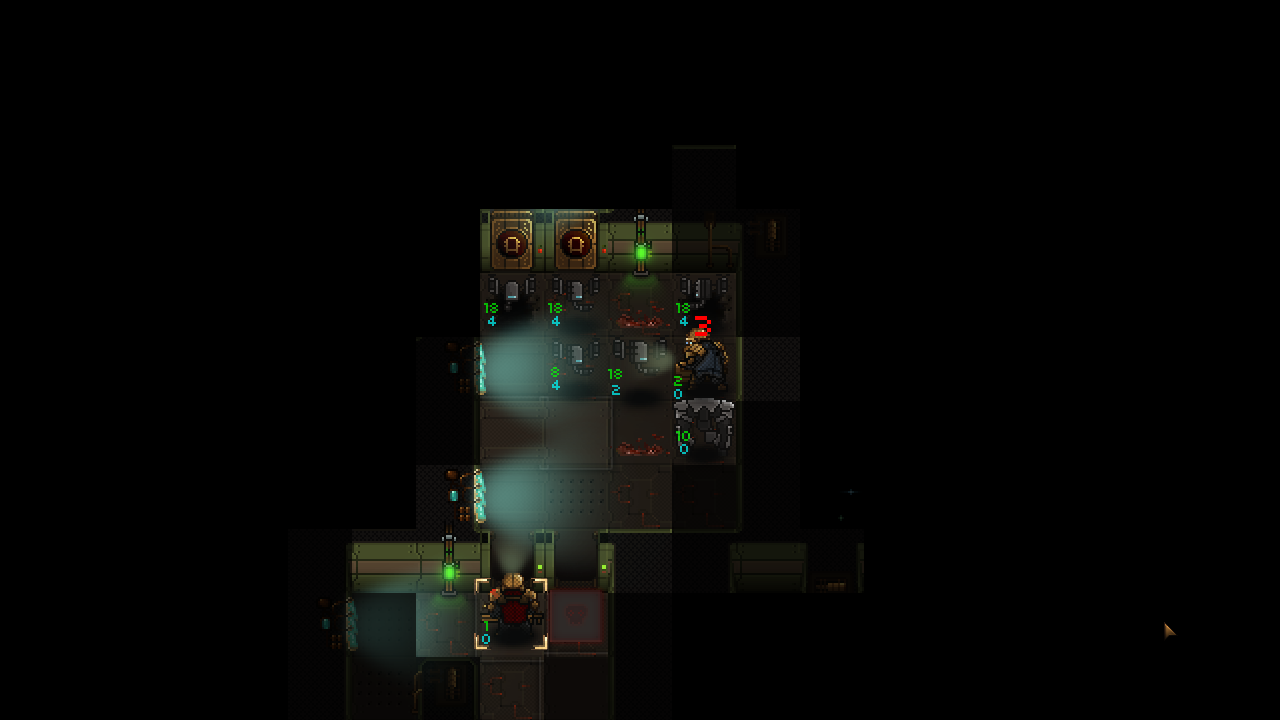 The last few builds brought better group intelligence and flanking AI to the forefront of the middle game. In this build enemy health and damage was reduced across the board, but now all enemy attacks reduce target armor. The marine classes also now have base armor factored into the randomized armor rating, meaning while a Grenadier might have high armor rating to start with, getting beat on will really start reducing his ability to survive.

The Hulk Strikes Back! 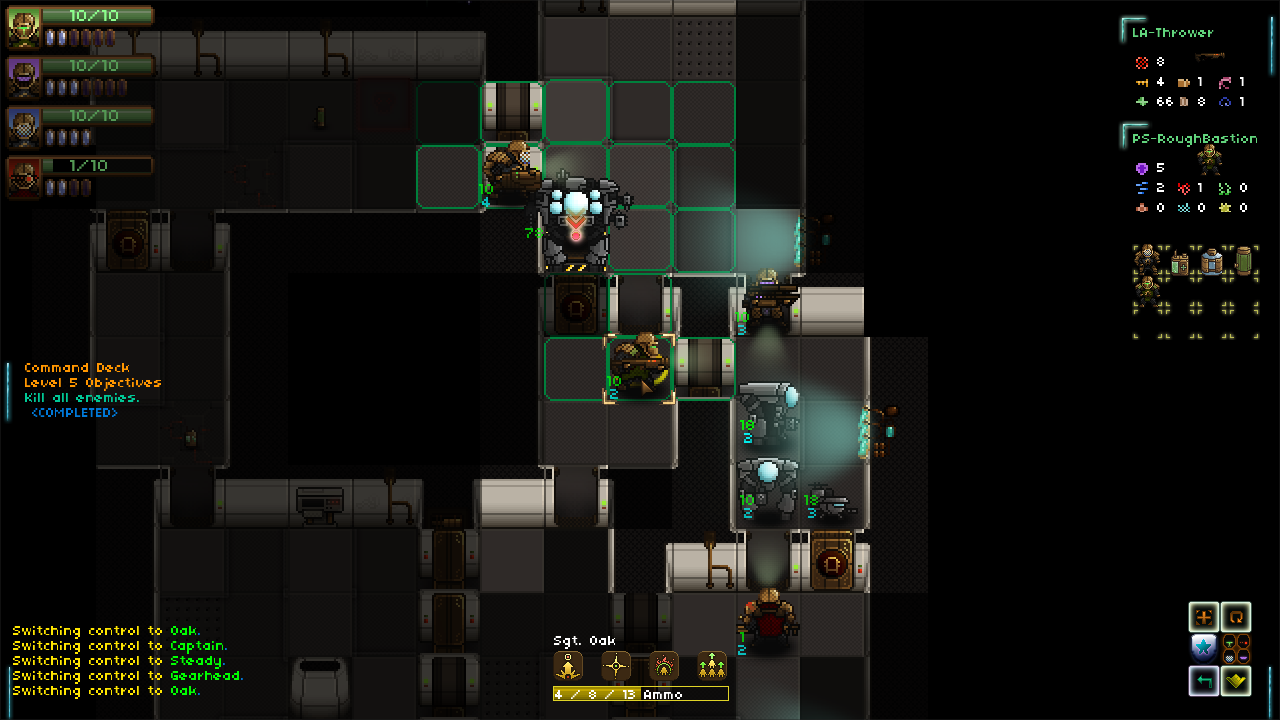 Is this guy blocking your way to the Engineering Deck? Are you angry I nerfed grenade damage? Fear not, with the aforementioned AI group mechanics and armor stat changes, it's more a fight of attrition rather than a straight up slugging match.

For fun and profit, I also added new items (scopes to increase/decrease weapon range and armor kits to increase armor rating), a new weapon damage type (acid that burns through target armor), and a rare one-use weapon, the Lasershot. With 30 base, unmitigated damage and 4 range, it can lance through multiple enemies and even walls. Use with caution - friendly fire isn't!

Another Let's Play? (Plus an untimely crash?!)
From Gaming Faster Than Light:

Have fun and happy robot hunting!