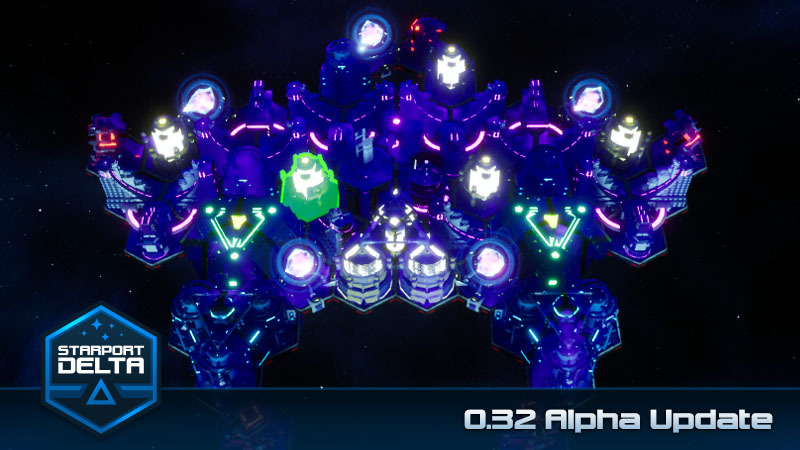 It's time for another closed alpha update to Starport Delta from the Cloudfire Studios team! This update adds a new loading screen, performance optimizations and various other updates and fixes.

This week's update image is a station designed by one of our alpha players. It's a great illustration of being able to design your station in your own way, in this case with an homage to Space Invaders!