Spirits Beyond is here, and with it comes new runes, a campaign, balance changes, and more! Now you can see everything that was brought up in the Preview Video as you play. 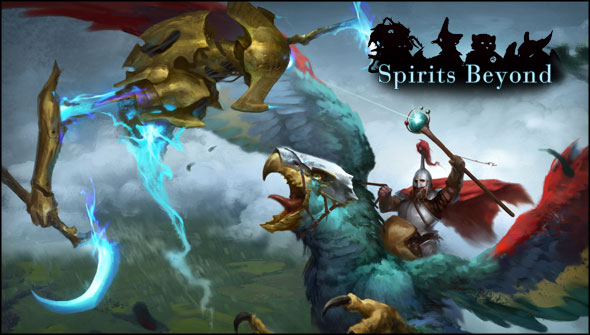 Maps & Map Rotation
As part of this expansion some maps have had their Font and Shrine locations altered or new versions of existing maps have been added with new placements. All the maps listed comprise the new ranked map rotation.

The winner of Grand Prize for the Visions of Amareth Final Days Event can be found on full Patch Notes.

Drums of War and Player Ranks
All players who played a minimum of 50 ranked matches and their primary faction was the Drums of War Winning Faction, Forsaken Wastes, have been awarded 2000 Gold along with 5 Three Day Gold Bonus Tokens.

Drums of War and Player Ranks have been reset. The Players who were the highest contributors to their faction and highest ranked player from each faction have been awarded 15000 Gold. To find out who were the top players be sure to checkout the full Patch Notes.

For a full list of all the changes in Spirits Beyond see the Official Patch Notes.