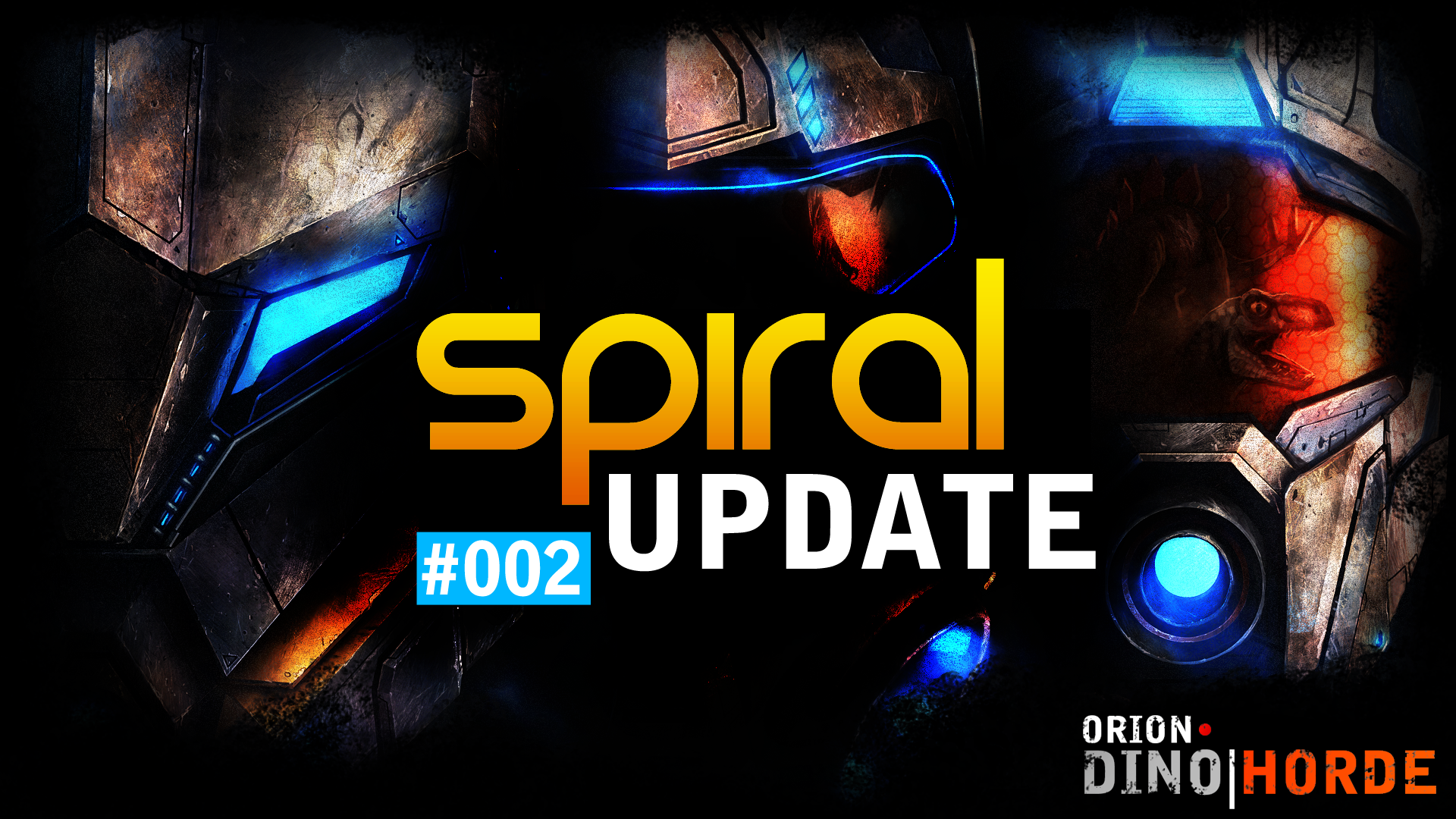 We have four major types of game updates planned:

GET A FREE HAT! (EARLY DISCOVERY)

The Early Discovery (Spaceman) hat will be available to ALL users for FREE until tomorrow - Wednesday, May 15th, 2013.

Think you can beat us in 5 v 5? Prove it. Send an application to:
pwd@spiralgamestudios.com 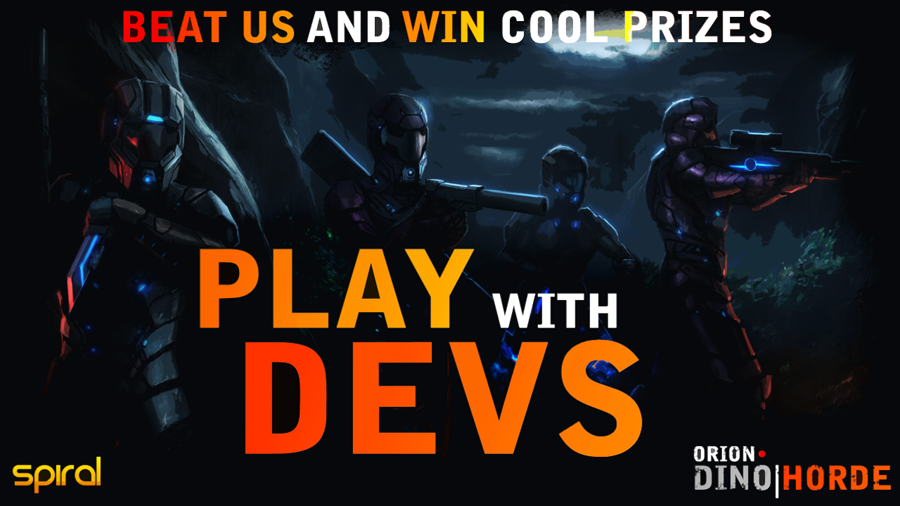 If you have a team assembled let us know and how many. Matches are announced on Wednesday and played on Sunday. More details here.

Do you own or work for a gaming press website and need review copies of ‘ORION: Dino Horde’? Simply send an email to review@spiralgamestudios.com and let us know who you work for.