This time we talk about "How to make a great stealth game for iOS". 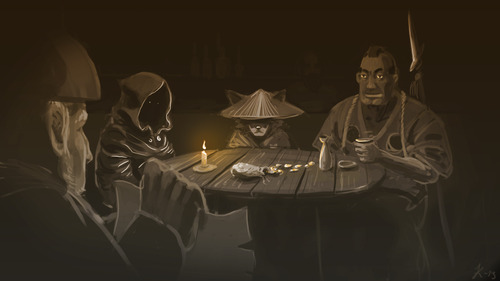 Hello again!
Today we have no significant changes to show you, so we're going to talk a little about how to make a good stealth game...hmm, it's lacking something...let's re-iterate: How to make a great stealth game for iOS?!?

You might wonder why platform is any concerning issue, but boy can I tell you, it is. iOS stealth game makes PC stealth game look like a cakewalk. Let's take a look into what makes a stealth game tick in general, and why making one on iOS makes a world of difference.
First things first. To have a stealth game, one must have stealth in it. Therefore, the first thing on the list is:

The stealth game genre has been around since the early days of video games. It's always been around, although not always popular. However, at this very moment we are witnessing a boom in stealth and assassination related games. There's Mark of the Ninja, Hitman-series, Dishonored, Thief 4 on the way etc.
The agenda of a stealth game is to overcome enemies from shadows, catch them off guard, assassinate or knock them out like a shadow. To achieve this, the player must be lured into being stealthy. For die hard fans of stealth games this is a given, but for others, it's a bit more trickier. Making a stealth game is not like it used to be.
Why not just aim the game for Stealth game fans?

We are living in an age where gamers from the 90's are considered old. The modern gamer is frantic, used to having everything immediately, patted on the back on every small task he/she succeeds in, or even held by the hand through a tough situation if he/she for some reason doesn't succeed in what he/she is doing. Stealth games are inherently slow paced tactical master missions.
A typical mobile gamer is even more taught into the instant gratification-model. Stealth games are a tough market by itself, but even harder on a platform that is mostly (or used to be) played short periods at a time while waiting a bus or visiting the lavatory. There are only a handful of stealth games in the iOS store, and most of them are quite bad. The AppStore has ~1.500.000 Apps, from which 900.000 are games. Good luck getting noticed.
All this doesn't mean that a stealth game should bend and break if it were to succeed on the iOS market. There are a few key issues that must be modified to make a modern day stealth game, without loosing the essence of one.

2. Dumbing down, or modernizing? 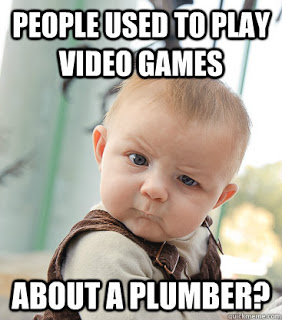 The reason why action games (in which stealth belongs on a high level) in general don't really work on iOS, is the lack of buttons. Action games have, by definition, a lot of action. For a lot of actions one generally needs a lot of ways to do them. Many iOS stealth games try to mimic the way the games were made in the 90's. Even Splinter Cell on iOS falls into the same pitfall as all others. The original series was designed for platforms with buttons, so ingeniously they put a buch of virtual buttons on the touch screen.
The iOS App 101 is to design the game platform first. An iPad has a ton of gestures and gimmicks you can use without ever needing a button. So that's the first thing that we have done differently. Your finger is the controller, not a virtual D-pad.
But enough rant about controllers. There was the greater issue revolving around players. Despite me describing a typical gamer as a spoiled and a bit AD/HD, I also think that a mobile gamer is just as much a hardcore gamer as an old gamer from the era before the Internet. The old games had a lot of flaws also, we just didn't know any better, and after that we might have become a teeny-weeny jealous about the new gamers not having to go through all that trouble to master a game.
The main problem of a stealth game on iOS is to get the player to calm down, try to observe the surroundings, wait for the right time to head for the next shadow and POW! The victory feels just that much sweeter, if you've gone through the trouble. This is a concept that a modern mobile gamer needs to be familiarized into, and if we succeed in that, the player is hooked.How? I'll tell you.

3. Victory in so many ways


One other thing that needs to be in a good Stealth game, is a freedom of choice. The old games used to penalize you for making a mistake, but we're not playing sports here, we're enjoying ourselves, and fulfilling our need for escapism to the fullest. So, the game need to still offer a challenge for you, no doubt, but the way it's done is changed.
For example, in Ninja you can ignore the fact that you are, in fact, a ninja. You can go buck-wild and kill everything in sight, and gulp a health potion after another to stay alive. What's the penalty in this? There is none, but there is a reward, nay many rewards for doing it the other way. Remember how I talked about luring the player to calm down, be stealthy, and enjoy the feeling of doing something all by themselves in a way of: "Look Mom, I did it...I mean, I've killed 1.634.235 NPC's in games to date, but this one I actually put effort into"; This is how we do it.
Every level in Ninja offers multiple ways to victory. You might choose the most obvious one, and go through a horde of enemies, or... you could climb to a rooftop, tightrope-walk above the horde of enemies, enter a civilian's house via window, sneak downstairs to not wake up the good citizen, get out, steal the priceless Ming-vase from a cart that you were there for to begin with, enter the sewers and escape the scene while the monkey-guards are getting a proper beating from their superior.
So there you go, a reward instead of punishment. Another thing is Ninja is an ode to the Thief-series. Theif reminded the player, that you are playing a thief not a murderer, and therefore killing was not an option. We enforce the same idea, but not so directly, after all you are a ninja which is essentially a murderer. A ninja is also a human (or a fox in our case) and therefore killing is not enforced and completing a level without killing anybody is rewarded. Knocking them out is a bit trickier, but gameplay-wise takes the guards out all the same as killing them. The final reward of stealth is our inventory system. You have a limited amount of slots to take items with you (3 at the beginning). A club takes one slot, a sword takes another, and ? takes the third. Now, if you want to be rewarded for not killing anyone, you don't need to take the sword with you to begin with, and now you have 2 extra slots to fill with different items. Of course, this works the other way around too, you could just take the sword with you, and go on a rampage. 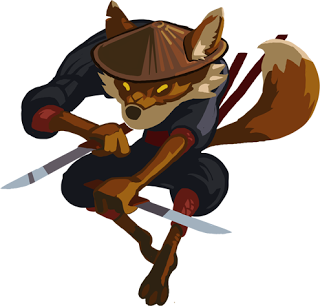 So, as the title suggests, making a good iOS stealth game follows the same mantra as getting married. Stealth games have been around, and they are old. There are certain things that are as they are, and changing them would make the game...well...not be a stealth game anymore. One thing usually common to stealth games is that the mechanics and features are consistent from the beginning of the game to the very end. So, as to avoid repetition and keeping the game fresh, there has to be something new.
On-boarding is the term to use, when we talk about getting the gamer hooked, and to play just 5 minutes more. Although the base mechanics are the same throughout Ninja, we can vary the gameplay experience to make it feel brand new mission after mission. The secret is to make every level have something different; something that the player hasn't seen before in the game. In the beginning it's easy. While you're learning, we give you new items and new mechanics to play with. However, after that we need to be a bit more cunning. Something new doesn't have to be a positive thing. It might be a restriction (e.g. don't get seen), a new enemy, a repetition of the same mechanics wrapped in a different storyline. You might think we are playing with your mind and try to manipulate you, but we're just trying to make the game entertaining to you. Just look at any game you like, and see how they are giving you something new periodically throughout the game.
So something borrowed then. What is it that we're borrowing? Pablo Picasso once said: "Good artists copy but great artists steal". What this means, is that we humans get influenced by our surroundings. Game developers are exposed to vast amounts of arts, games, movies, books etc. Some games did that well, while others did that other thing well. There's no point re-inventing the wheel in some cases, and in those cases you just blatantly borrow the features and mechanics out of other games. Then there are the cases, where something has a good amount of reference, but you can do it better or at the least differently. Now you're stealing. You're taking someone else's idea, modify it, enhance it, and make it your own, getting credit for it, and be the one that the next man is going to borrow from. A game designer's job is just this; getting exposed, filter things to good and bad, understand why things are good or bad, could they be modified, do they need to be, can I make it better.
So, the something blue then. I didn't quite think this through when I typed in the topic, but let's take a stab at it. The mobile game industry has only recently become a viable platform for those realistic looking 3D games. Therefore, the audience is still expecting something different from a graphical point of view. iOS games can also be played anywhere, so the graphics need to work in home, at work, in a park or even at the middle of the Sahara. So, stealth games are almost always located in nocturnal scenes, where everything is dark. This creates a problem, if the player doesn't see anything. The answer to the problem is borrowed or stolen from something that artists figured out centuries ago. I't not about what we see, it's about what we associate the seen thing with. Enough talk and being mystical; take a look at this picture from Mini Ninjas, and you get our something blue. 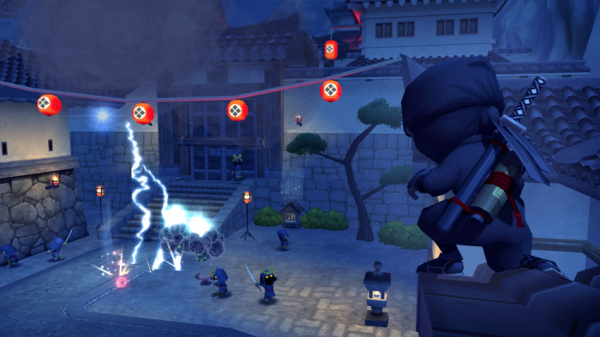 So, as always, if you'd like to support us, tell a friend about us. Until next time ♥