Hello, everyone! Take a look at the latest news and devlog. Our apologies for so long period of almost absolute silence. In the following article I'm describing our current situation and all changes in the project development. 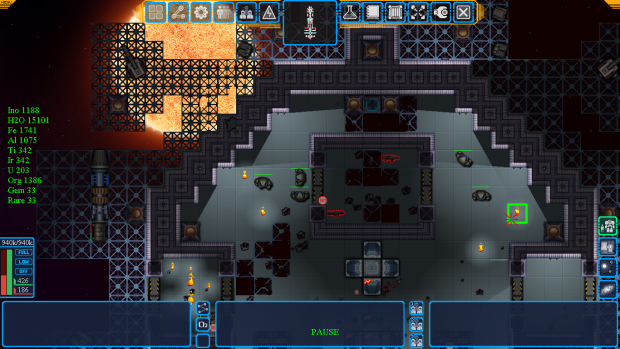 First of all, let us to tell everyone, who has had any interest in the Sol-Ark project, a BIG-BIG SORRY, for so long period of almost absolute silence.

We have three news - a bad one, a very bad one and a good one. Let's start from the bad one.

Bad news - our release date is unknown at the moment because there were a few almost deadliest events for our team.

The first kick for us was the fact that Eugene Usmanov (a main artist) and Justin Hellstrom (a scenarist) had left this project. We are indie developers, i.e. we don't have any other budget for development excepting our own savings. But also we have our families and kids, who require resources for a living. That's why all of us might look for some main/part-time job and develop the project only during spare time.

So, there are no any claims to these guys. Their reasons to withdraw from the project are clearly understandable for all of us.

But this was not the worst event. The most deadliest punch was further... Our main programmer, Dmitrii Demenkov, also decided to leave the project due to absence of funds and necessity to earn the money for a living. He couldn't develop the game in his spare time, maybe, because he had also lost his trust in the project. Who knows... But as I said before, no claims... I want to say a BIG THANKS to every team member who has been being with us for more than 12 months. They deserve this.

Good news - the project is still alive and it evolves despite all described difficulties.

Prior those problems we had tried to get funds from several publishers or incubators. And we failed. After discussing what to do with that, team decided to divide development process into several mini-projects, which we could publish as separated small games to collect some money. After that we would be able to use those mini-games as parts of constructor to build completed version of Sol-Ark. That was an idea, before our team had broken.

Since that time I have had to study ActionScript language by myself to prevent any possible repeating of such situation in future. And that is exactly what I've been doing during last 4+ months.

Our team consist of only three members now - I'm (Alex), Eugene Guliugin (a composer) and our new artist - Dmitrii Fomenko - with more than 10 years of experience.

From this week we are starting to develop our first mini-game in the Sol-Ark's Universe. The announcement we'll be made a bit later. Last time, we wrote about moving the game to the HAXE engine. But, Dmitrii left this process in the middle of development. That's why, almost whole Sol-Ark's code is made in the ActionScript, and only the first test mini-project was started using the Haxe. I.e. current mini-game also will be done using the ActionScript initially and then I'll re-write it using Haxe. 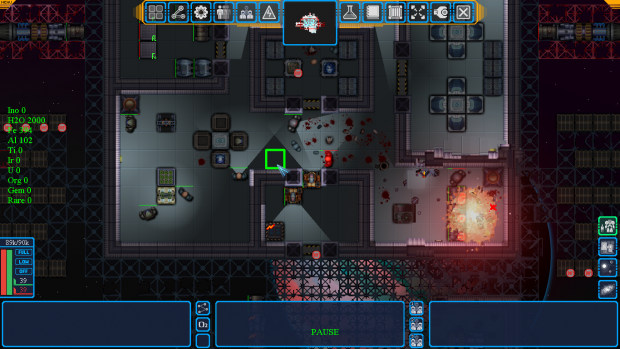 1. We've created a GDD for the mini-game and now we are working on technical tasks for each team member.

2. From now I'm not only a game-designer and a promo-guy, but also our programmer.

3. I've been studying main principles of AS 3.0 language, including classes, Events, Interfaces, inheritance, composition, Event dispatching chain, User Events, Graphics and Visualization, DisplayObject class and its descendants, Events for displayed objects, Input Events, etc, etc. Of course, there are tons of info which I still have to to learn and this is impossible to study such complex language as ActionScript during several months only. Also there are a couple of separated very large packages of info like in-game graphics, GPU usage, Stage3D, MXML language, AGAL etc. But at least, the info, which I've already known, allows me to start the development by myself and move further from this point.

I'm begging all our fans and all people, who has any interest in the Sol-Ark, to be patient and not to loose your trust in this project. This is very important for us. Only your feedback, support, comments and trust, allowed us to find inner powers and continue the development further.
It's a bit difficult right now to tell when we'll be able to release the first mini-project. The plan is to do that by the spring of 2016 for PC firstly. But our main targets for this game - are mobile platforms.

Our apologies again for so long term without any news. I hope, the most difficult period for the project is behind now. And we are moving further.

Sincerely yours, Alex and Sol-Ark's crew.
P.S. Sol-Ark main website is temporary unavailable because we need to pay for hosting. We are hoping it will work at the nearest time.