The rifle will be replaced with an SMG in the near future. 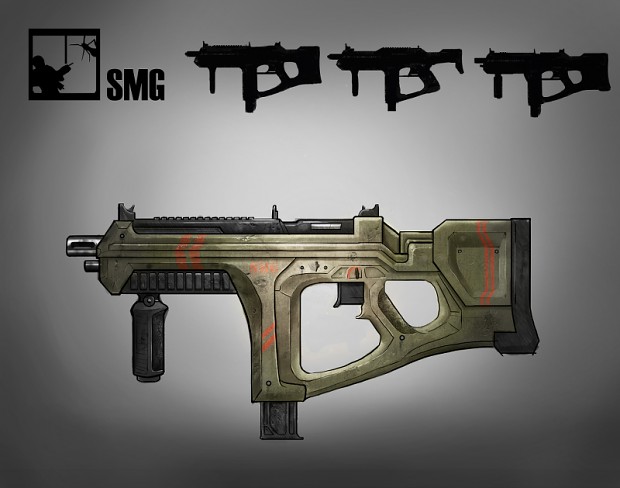 One of the more iconic weapons of Tremulous, the rifle provided free, convenient firepower to the human team, while still retaining its use over the course of the game. All humans spawned with the rifle, allowing the weapon to be used even when the base was being torn apart by an alien attack. Mastering the rifle would prove to be useful over a broad variety of situations, quickly taking down dretches while even proving lethal against larger aliens when used in numbers. Drawbacks of the weapon included the requirement to reload, low damage, and noticeable spread at longer ranges.

For our project, we will be replacing the rifle with a new starting weapon, the SMG. Much like the rifle from classic Tremulous, the SMG will remain free over the course of the game and will mostly overlap with the role of its predecessor. On the other hand, the mechanics of the gun will feel different to those familiar with Tremulous. For instance, our gameplay changes thus far include a faster rate of fire and increased spread for our rendition of the rifle. These will carry over to the SMG, and additional changes may take place as well.

We are in the very earliest stages of modeling the weapon, and more updates on it will be posted as we go along the design process. 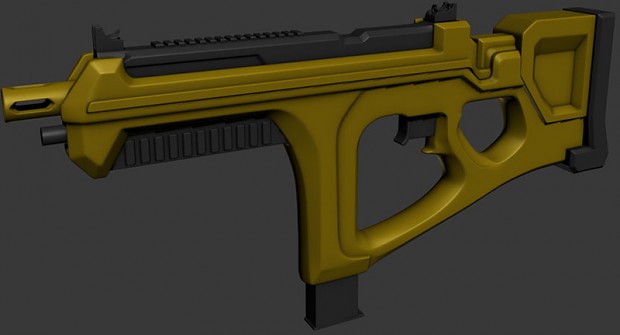