The first official post-launch update for Skyward Collapse adds a list of requests from the new players that have arrived since the game's official release.

This one is our first true post-release update, and it includes all of the main requests from new (post-alpha) players.

Probably my favorite thing is the ability to see what former building sites were by hovering over them or holding the Ctrl key. Actually, holding the Ctrl key in general is super useful for telling at a glance whether you have the buildings you want in a town -- when you're zoomed out or a unit is standing in the way of a tile, it can otherwise be hard to tell very quickly.

There have also been a number of mostly-minor balance changes, with the exception of the Minotaurs, which were rebalanced pretty heavily. These dudes still hit like a ton of bricks, but they do it with a hammer rather than ranged fireballs now. And they have both more health and lower regen, which makes them a little more tank-like in an interesting way. Overall they should be less OP now. 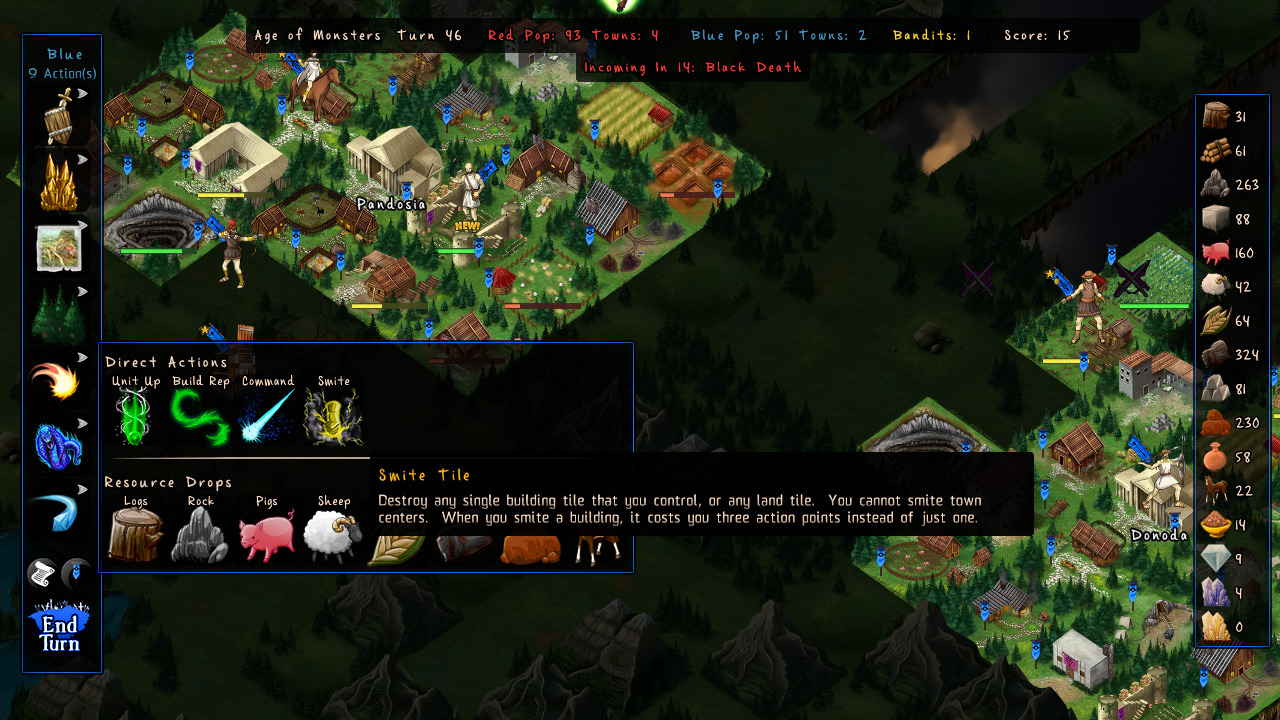 Which brings me to an interesting point, really: the fact that the Minotaurs were OP before wasn't really causing game-breaking easy strategies. In fact, kind of the opposite -- players would play a Labyrinth (which spawns minotaurs) and it would soon be game over if they weren't careful. Not to say that Minotaurs weren't also an occasional "get out of jail free" card, but it's just interesting how the balance concerns here are the opposite of most games -- our goal is actually to unbalance the game, not balance it. But it always has to be in a fun way, where it's not frustrating trying to bring balance to their own games. Bit of a different design challenge from, say, AI War -- which is a fun change of pace. :)

There were also a couple of multiplayer glitches that have been fixed, and a couple of typos. Oh! And the finished goods on the sidebar should be way less confusing for new players now. That was another big thing off the "top feedback" list.

Spent 3 hours on my first game and I am hooked. Loving it so far!