Posted by MarvinHawkins on Apr 7th, 2013

It has been a while since our last update. A lot of the gameplay works as intended. So I have decided to focus on the art. Since the fall, my team has decided to pursue other opportunities. What that means is I'm rolling solo again. I am now the project manager, game designer, coder, artist, and assistant snack getter. (My cat is still the head snack getter, though he doesn't really do a good job of that.) The game is far from feature complete, but In January I reached an odd plateau. The game was far enough along that I could focus on the art. Luckily, before my team left, they actually did some of the 3d artwork. Although I graduated from an Art Institute School, I wouldn't say that art is my strong suit. In fact, I attended the school to get the 'And Design' portion of my degree. Regardless that was 2009.

In order to get back into texturing, I decided to start with the railgun model i did a few year's back. According to the game design document, the Railgun Boss is the main antagonist of the Korean war mission. I finished texturing the model, but I wasn't happy with the results. Since words are boring, here's some photos.

This is one of the first tanks in the game. It fires a single bullet at the player. It's rotational turret allows it to shoot at any point on a 360 degree angle. Here's a work in progress. This weekend I spent time taking the tank from concept (Done by artist John Garcia) to a textured 3d model. I like the idea of making the game's enemies cell shaded. The art style is easy for me to do, and it looks pretty good. (I think) 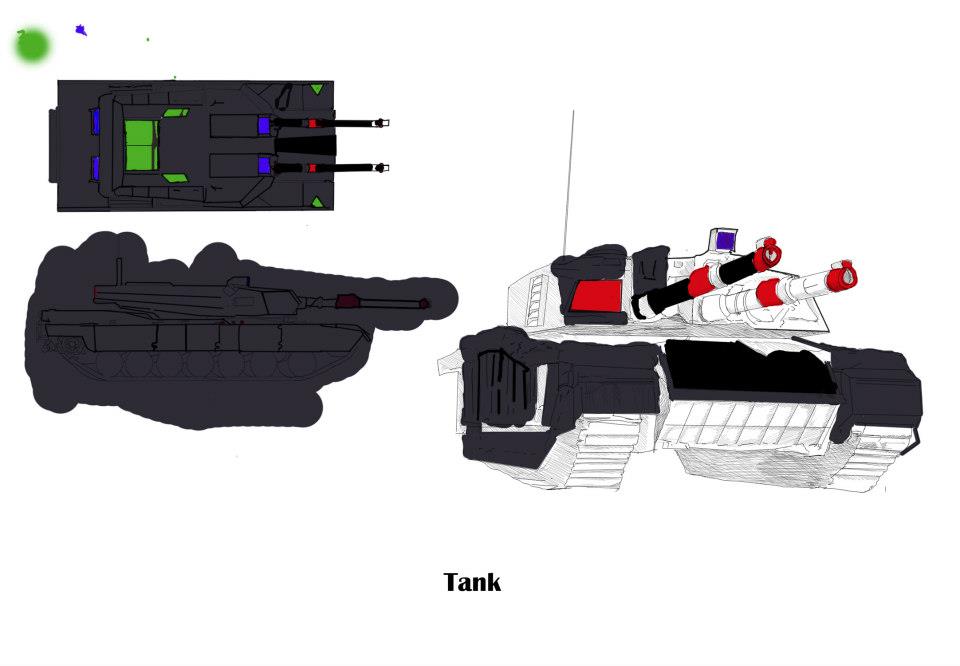 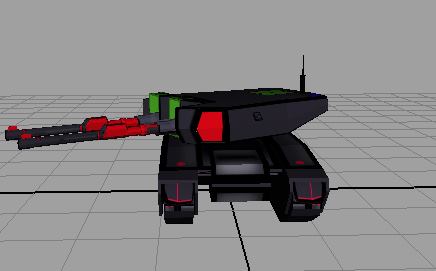 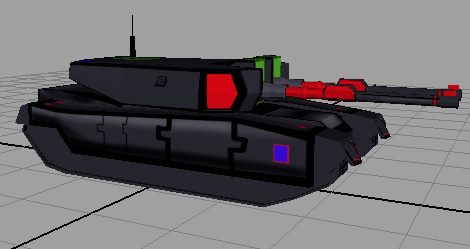 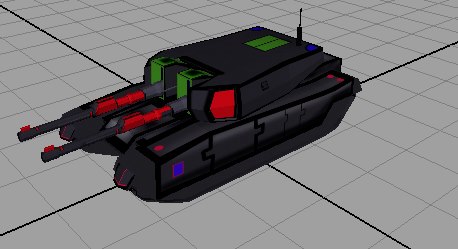