Another small update. Slowly making progress and adding to the game, yet some final decisions are not made yet. Here are some of the recent additions.

First of all, I have had another game guru moment working on my dungeon. You see, that dungeon is planned to be at the middle chunk of the game and I felt that was a good place to prototype the general gameplay and make an alpha video of it. I'm not exactly surprised but...of course game guru decided that once the level had an increment of complexity to refuse to lightmap it. Now, I always appreciate input but let me just say that yes....I tried all tweaks to fix that, there is nothing wrong with the level, it just seems to be too large for the lightmapper to operate now. Its not really a biggie, as I fully intend to migrate this to GGX (if it holds up) eventually but its frustrating because I did indeed want to show that video later on. Oh well, I will have to pick another map to showcase then.

Now, here are the added parts that made the lightmapper quit on me. You can see the last screenies from that area that are lit later on below.

Entrance to the dining hall. You see the collapsed entry is quite well hidden here. All areas in the game should feel connected and natural. There isn't a clean cut between "outdoors" "city" and "dungeon" as it is with some other games. A dungeon might lead into a cave or out into a valley and then back into catacombs.

So, if you picture these scenes lit, they might have looked quite decent even

Anyway, on to a different topic: I have seen DenZeliks Neir lately and he has quite the inventory and store system whipped up. I am always amazed by what some of you can do in LUA and that makes me re think my own design choices. You see, Shavra originally based its store system off of Dvaders work. Meaning, you would get currency from activities,or finding jewels, valuables or coin. This would then be added to a sum completely disconnected from the inventory. But seeing that an inventory system can actually communicate with a store system made me scratch that idea in favour of this. No idea how to do it...but now I know it can be done. I'm always fond of the creativity in this community

This also gives me hope for that alchemy system I always wanted to make.

Other changes to the game are rather simple but add up. Foliage has been added, some props have also been created. Slowly making progress as I want to have a decent chunk to be somewhat ready when the GGX update hits. It then either works as intended or I convert everything to unity... we shall see.

A project like this is quite enjoyable to make but also demanding. For example, I have finally decided to make the climate of the swamps to be colder and more pseudo-european. Initially I had a more tropical feel in mind but didn't like the look of it.. All little things that need to be considered and that pile up.

Also I have chosen to go with tribal and folkish drums and flutes rather than an orchestral track. easier to make/come by and gives it its own personality. 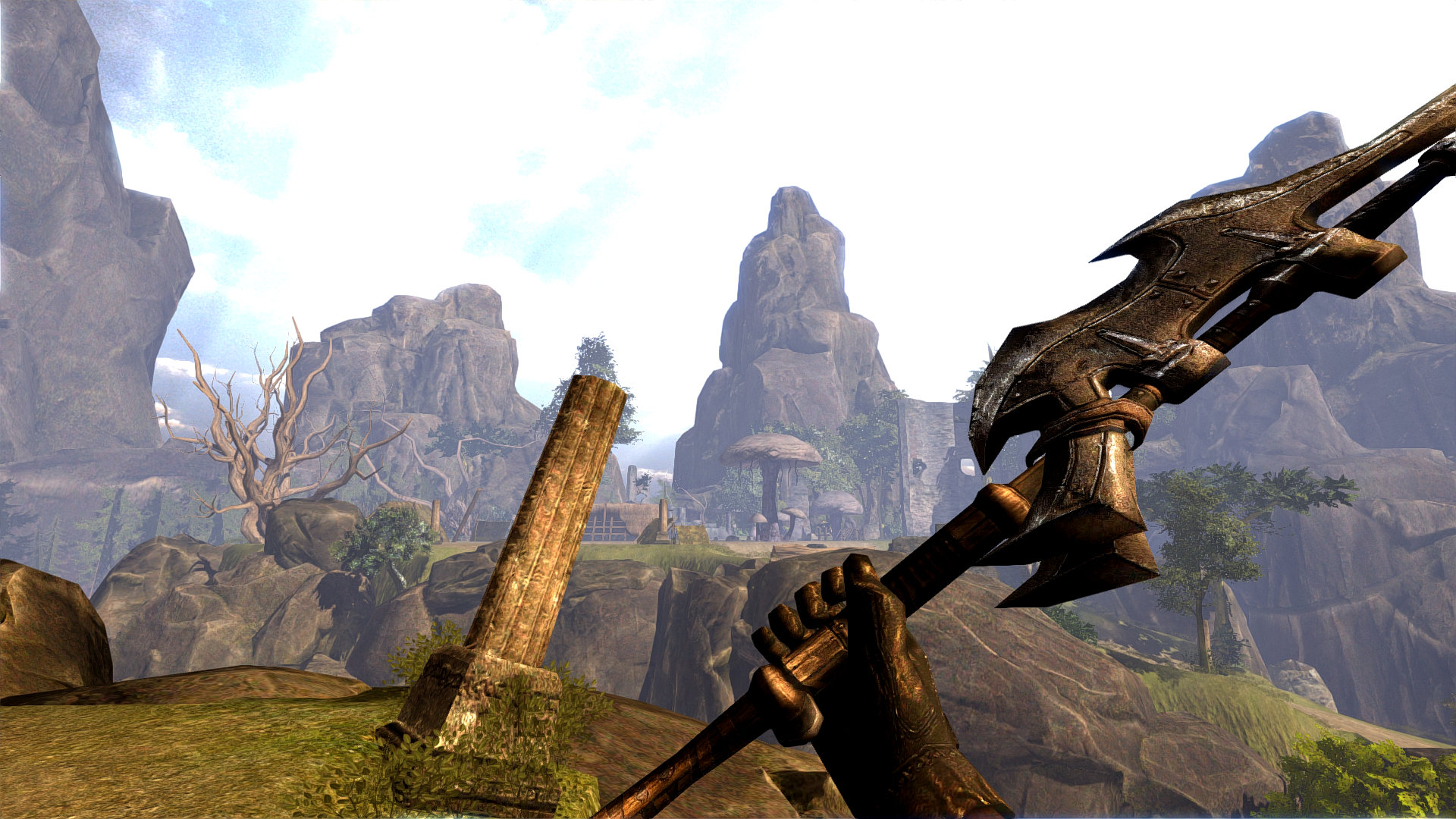 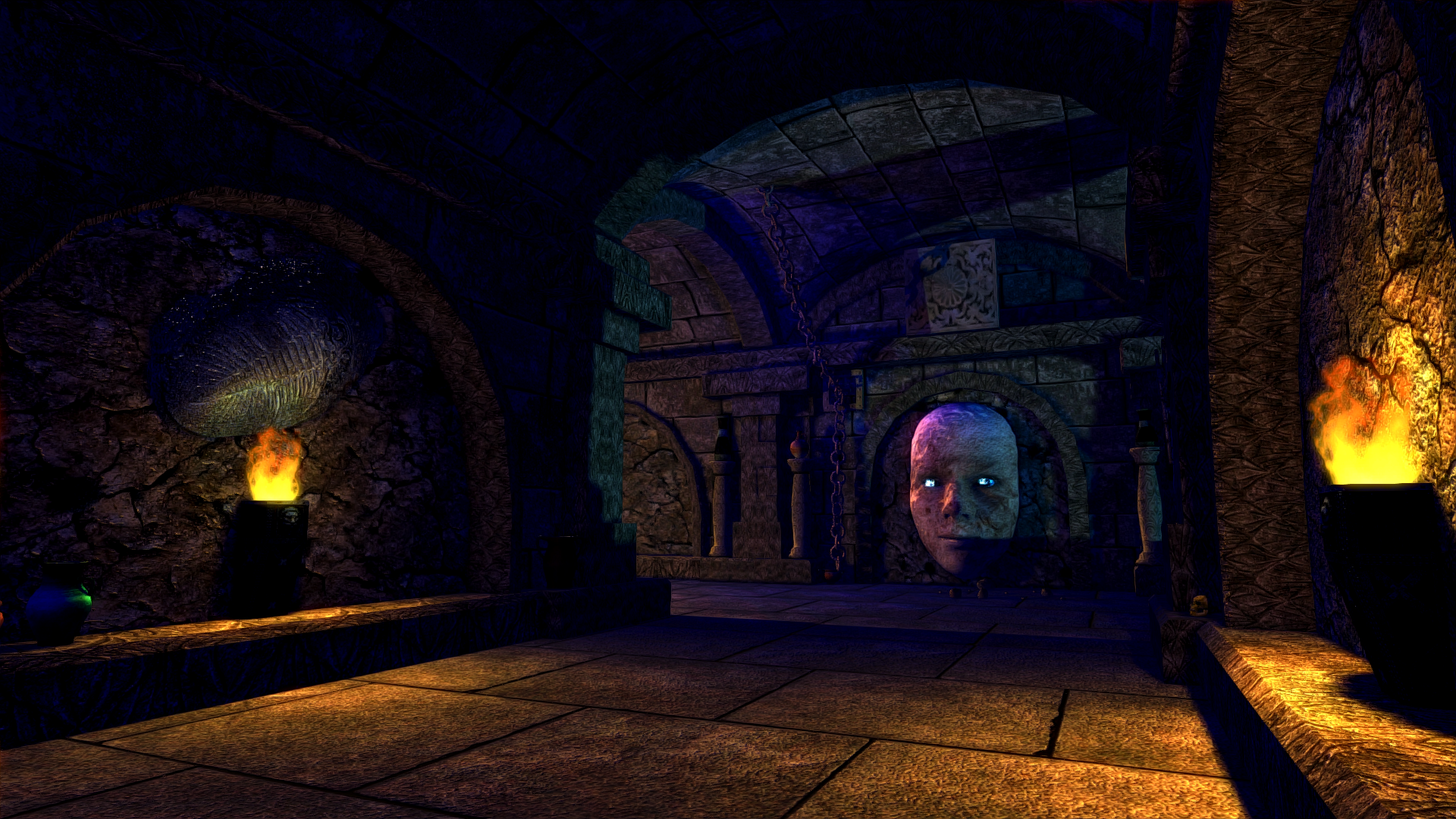 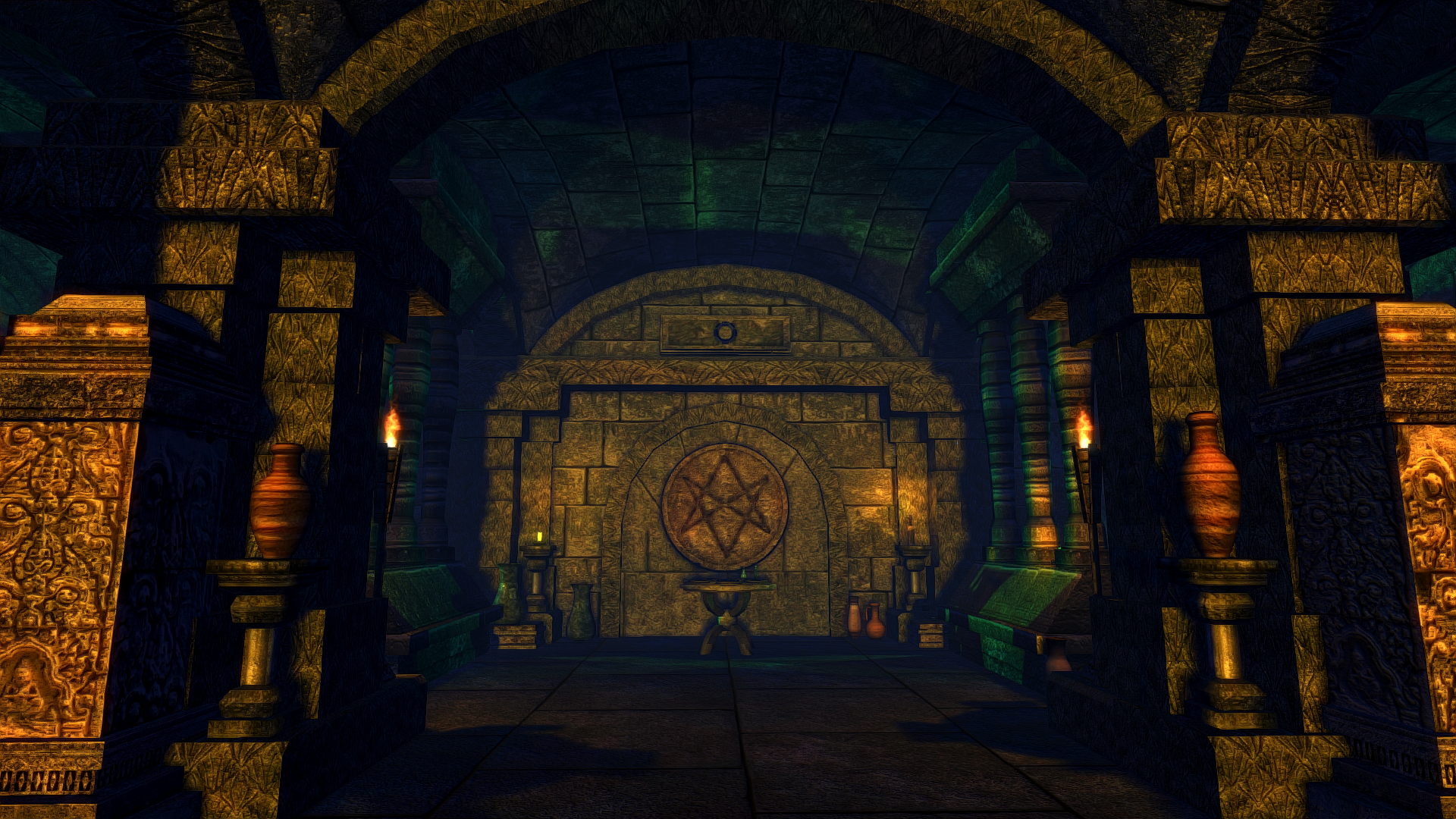 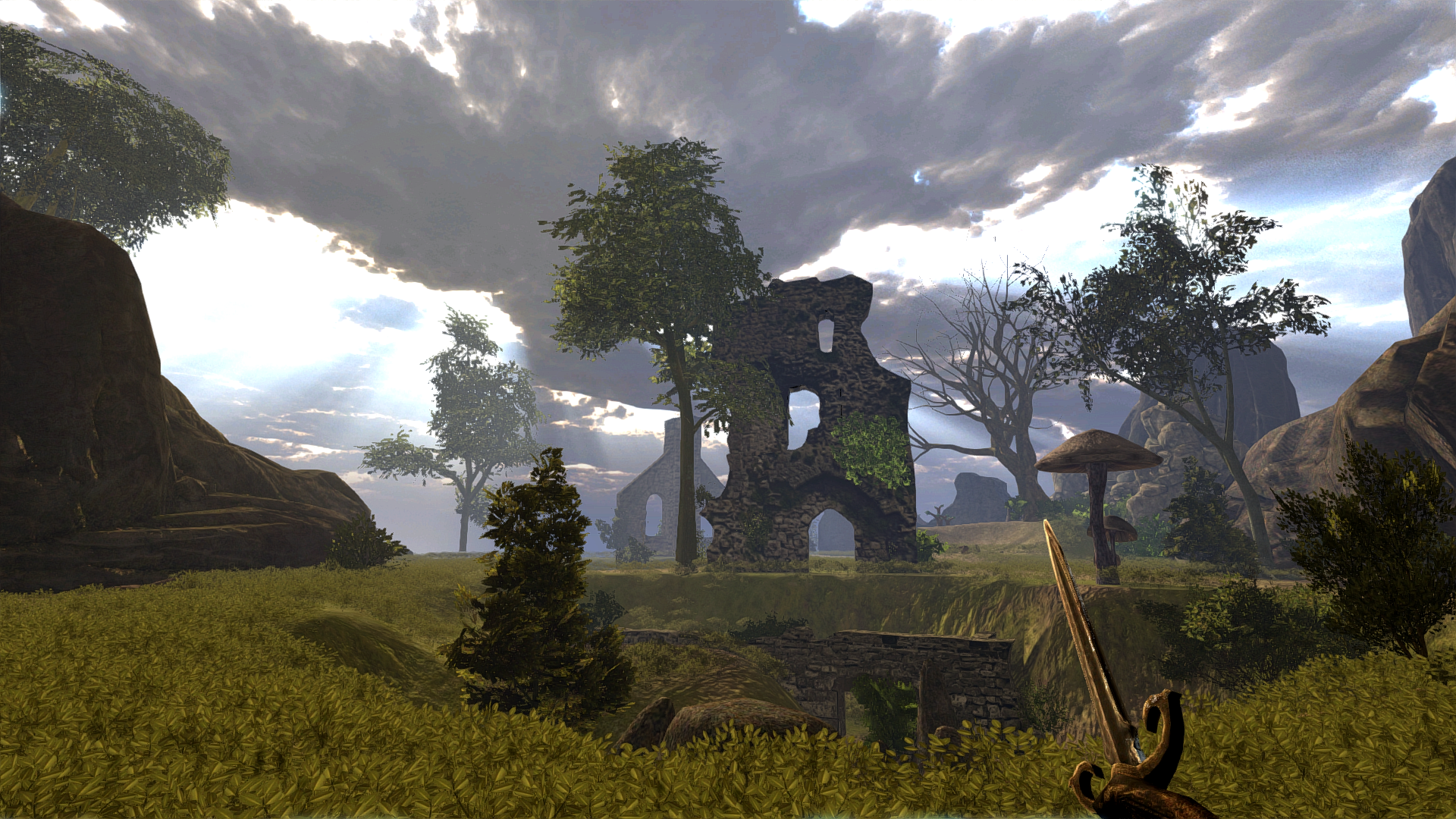 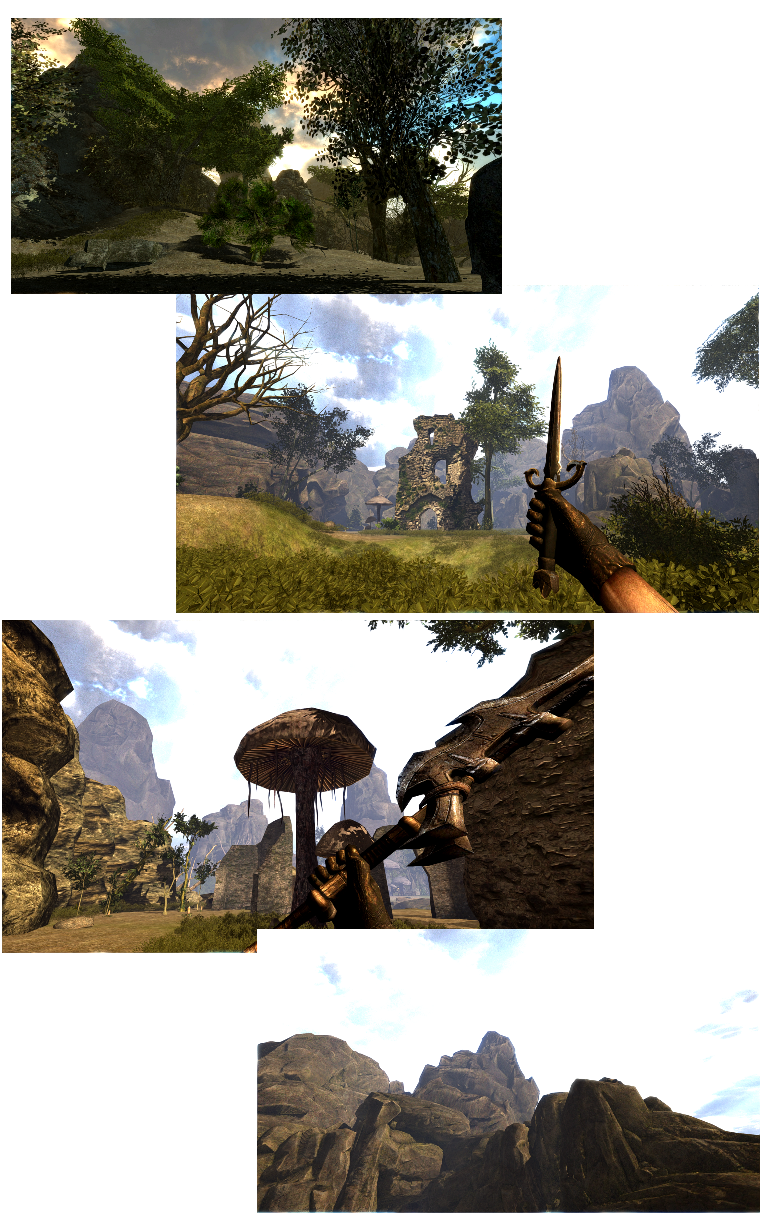 As always, thanks for checking in! Let me know what you think

Improved and added to Sunken Temple and Dark Valley levels.

Looks amazing! Keep up the hard work!
I know its hard to light interior environment specially dungeons, but you have still done quite a good job by yourself.

I really love the outdoor shots as well!

Thank you for the updates

Well, with dungeons its always hard to balance. For one thing I want it to make sense in the logic of the game. I.E I only want lit torches and candles whenever there are enemies or NPC's about where it would make sense for them to light them.

But I also don't want to over saturate every dungeon with glowing gems or mushrooms as that would quickly be "too much" and look tacky. So I try to be creative with it. We'll see how that pans out in the final game :)

Exactly! This is why development is an Art... anyone can tell when assets are randomly placed and lighting doesn't make sense. We see it in movies and photos all the time.

But taking the time to think it through and cleverly decorate your environment pays off. Specially if no one notices it. That means you did a Great job.