"This is not your world, outsider, you don't belong here. You have proven
that you are not a spy, nor an assassin or in any other way related
to...them. Yet this is not your body, these are not your lungs you are
breathing our air with and not your heart beating in this chest. Its
likely that you condemned the owner of this shell to death, if they
didn't already...harvest...him. I have known him, you see...we where
friends for many decades.

You probably wonder where you are and it is likely not on your planet
nor in your dimension. This is the Symarian Empire, the most prosperous
trading nation on the planet Shavra. At least it used to be, in better
days slowly fading from our collective memory. You have come at a bad
time, outsider. The cataclysm has ruptured the integrity of this
continuum and we are approaching darkest night, metaphorically speaking,
of course. They say its darkest before the break of dawn yet I am
afraid our civilisation will not be here anymore when the first ray of the
rising sun touches the ground.

You are free to walk the halls of this sanctuary until the Synergy has
decided what to do with you, although make no illusions, outsider... you
will likely be sentenced to death. We cannot afford any unnecessary
risks or disturbances before the inevitable maelstrom to come but don't
let this discourage you...
also, do not attempt to flee, the desert will kill you far slower than
any poison of ours. ...but perhaps.. the bleak outlook has gotten the better of me.
Perhaps the Synergy will let you live to witness our demise...
perhaps your appearance here is more than mere coincidence though.
A younger, more idealistic version of me didn't believe in coincidences.
Perhaps you have come to save us all. Wouldn't that be a solemnly naive
point of view? Ha!

Either way, outsider, welcome to Shavra." 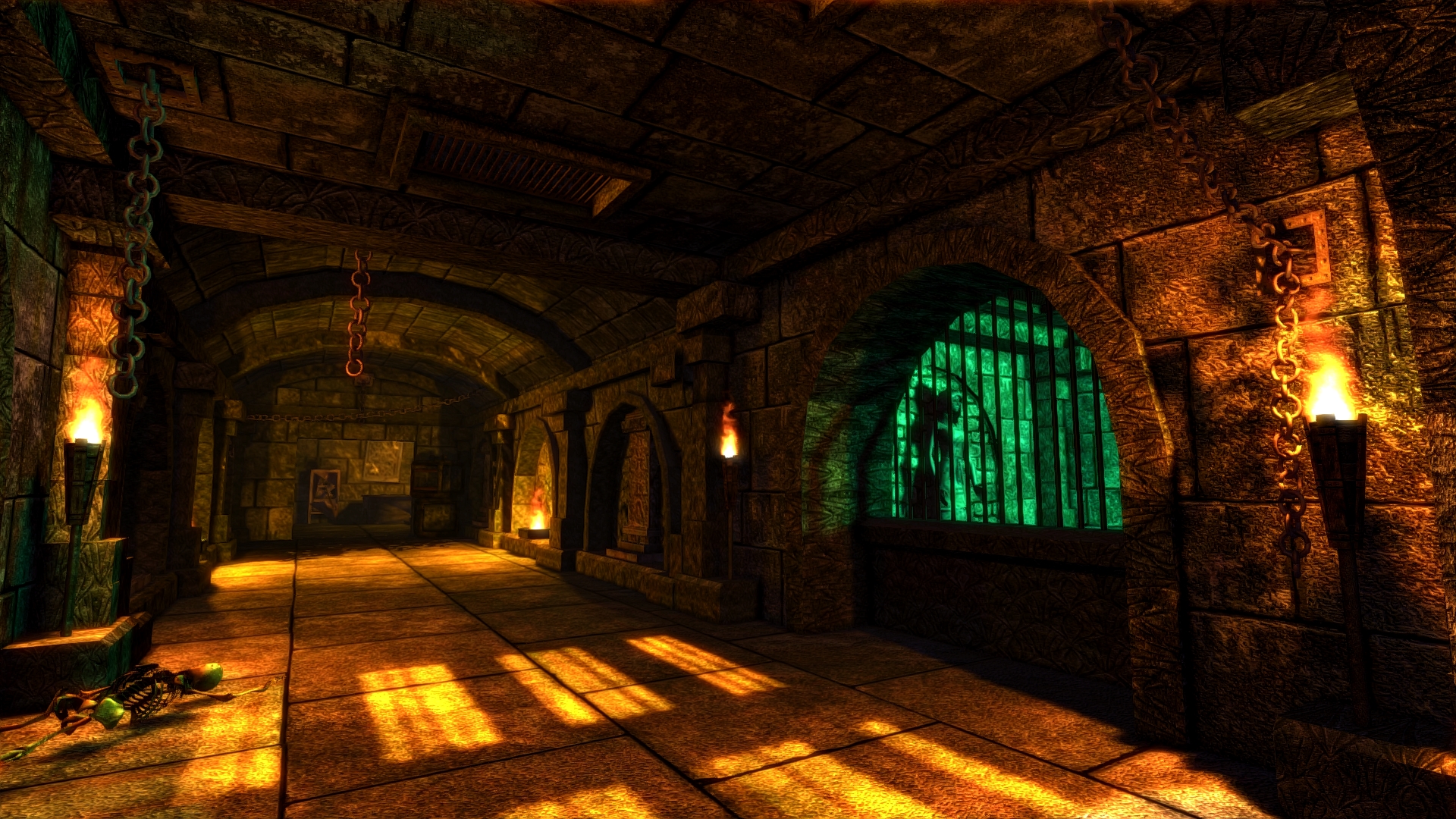 I've been working on improving the existing maps a bit and also added a new one. Dungeons, crypts and mines are of course an integral part of the fantasy adventure genre and I do intend to both make them interesting and engaging. For that I have specific ideas to stretch the gameplay to last at least 15 minutes per level. The "indoorsy" nature of these areas allows me to optimize them to both be quite large and labyrinthian while maintaining a flawless frame rate

(See my old optimization tutorial in the tuts section if you too would like to know how to do this. Specifically, turn off the terrain and water whenever the player can not see it.)

Shavra takes a lot of inspiration from older fantasy games, stuff that came out in the late 90s and early 2000s simply because those games had very isolated gameplay beats. You reach a puzzle, you solve it, you move on, you encounter an enemy, you deal with it, you move on... this is in contrast to newer games like "The Witcher" or "Kingdom Come: Deliverance" where there are constant interconnecting systems engaging each other and plenty of stats being updated, changed...so forth. I don't intend to make the game feel simple by any means, there is just less number crunching under the hood because I know well enough that I couldn't code that in LUA. So if you encounter a trap in Shavra, you will have to deal with it independent of your current relationship to the kings wife or what potion you drank 2 levels prior.
I ..err... hope this makes sense

So this level is far from done of course but I decided to lightmap an early version of it and the results can be seen below.

I am also still in the process of converting media. Currently on the chopping block are unfamillias cartoon assets, which will be remolded to go with my art style but are otherwise quite useful and the stock medieval buildings by arteria 3d. Not only do these get a fresh coat of paint and shader maps but I also managed to reduce their polycount by several hundred polygons. File and texture size are also far more lightweight

You see that the dungeon is a bit too colorful for my taste and not everything is 100% polished, at this stage nothing is, but I will not tweak it too much as this will eventually get ported to GGX. So there is little point in fine tuning a lighting system that will be replaced anyway. 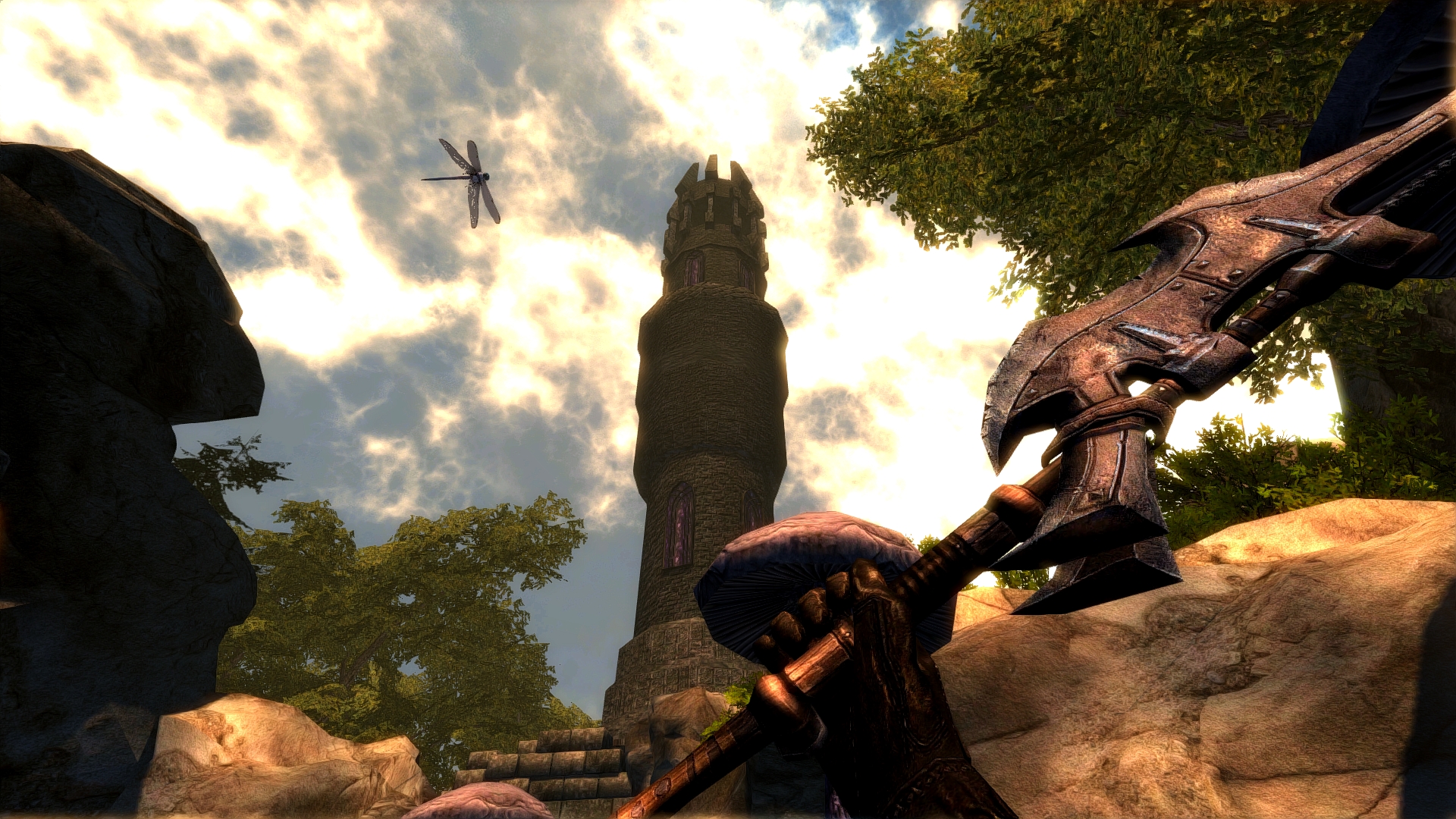 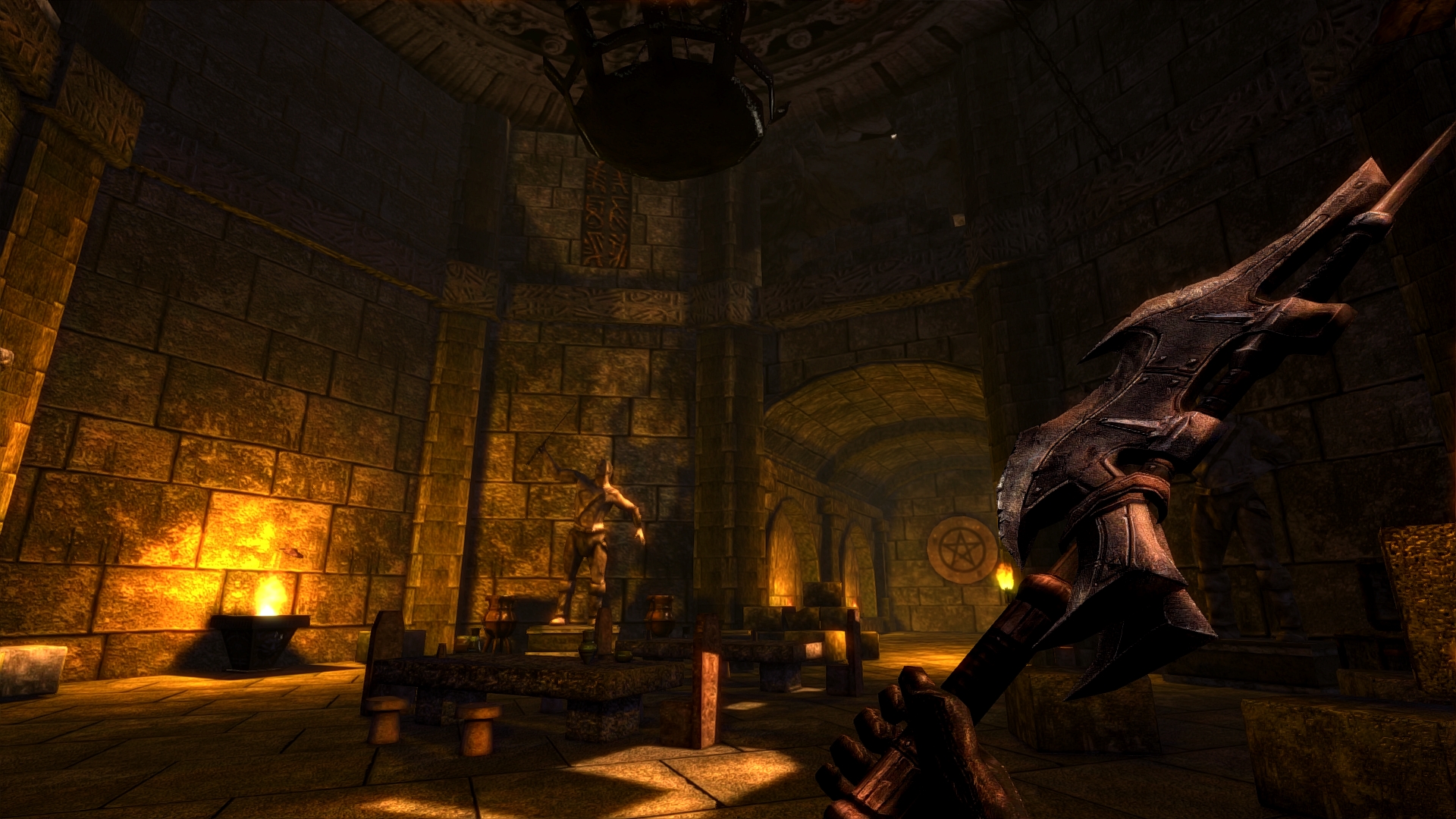 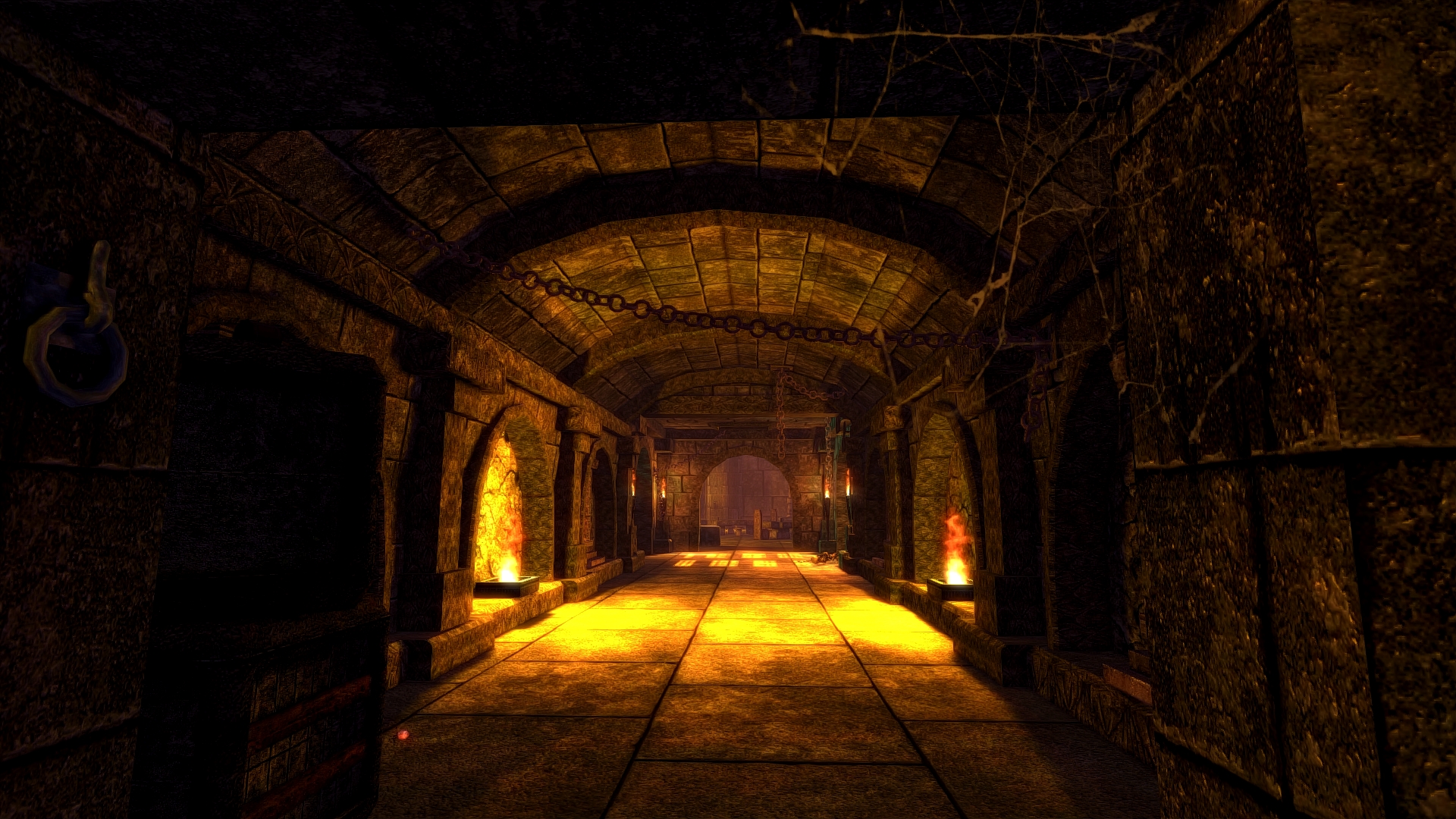 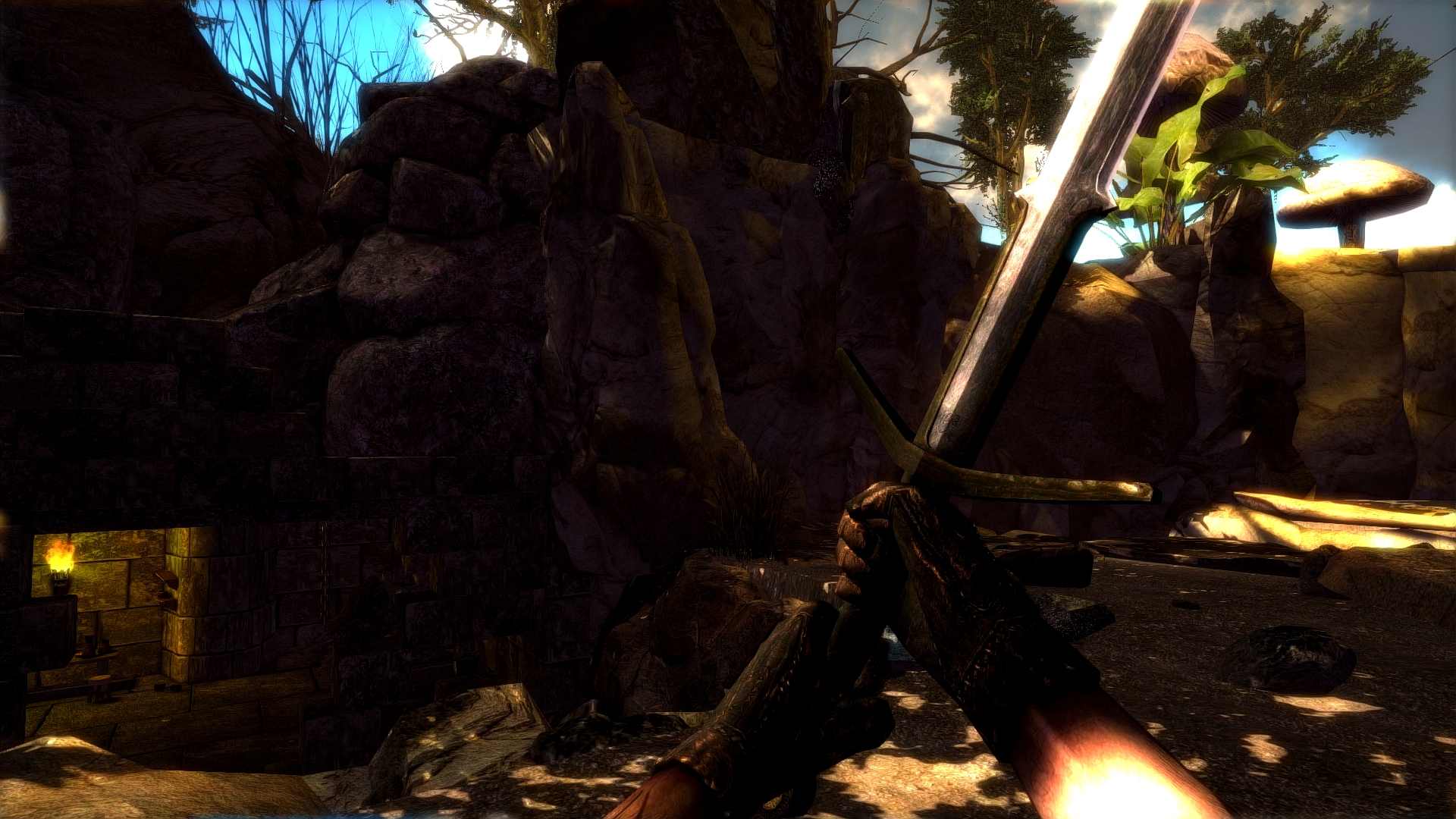 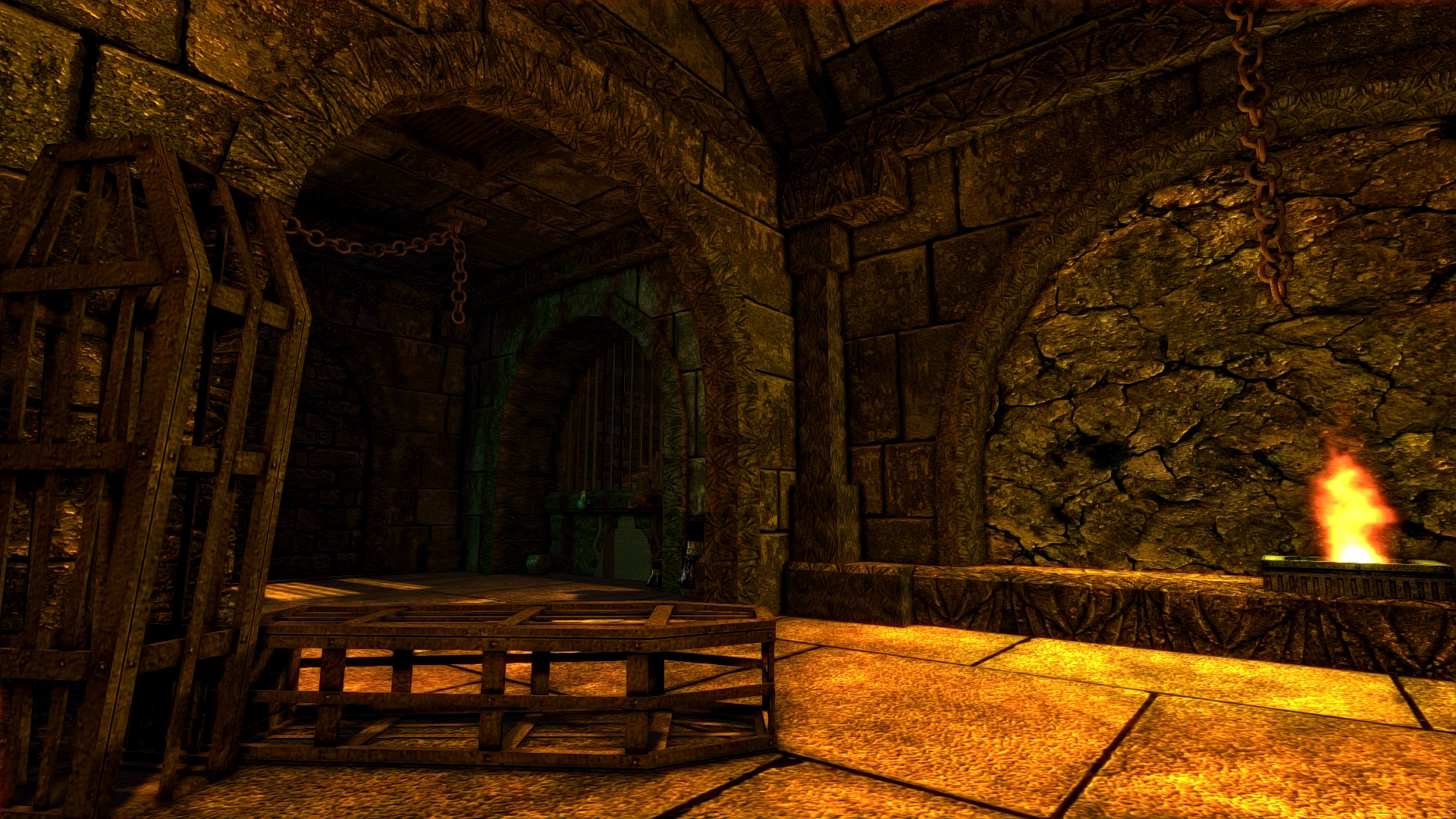 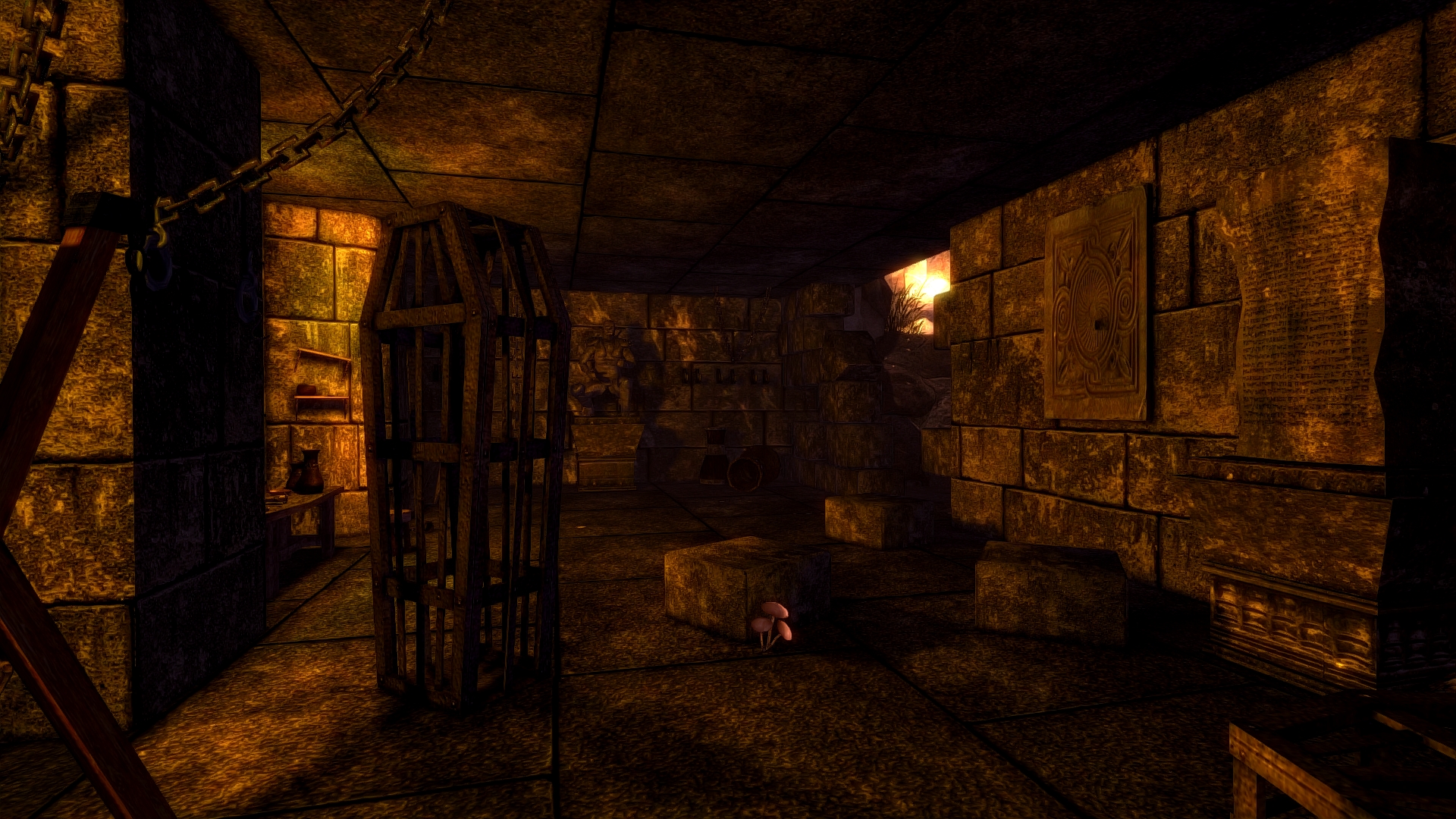 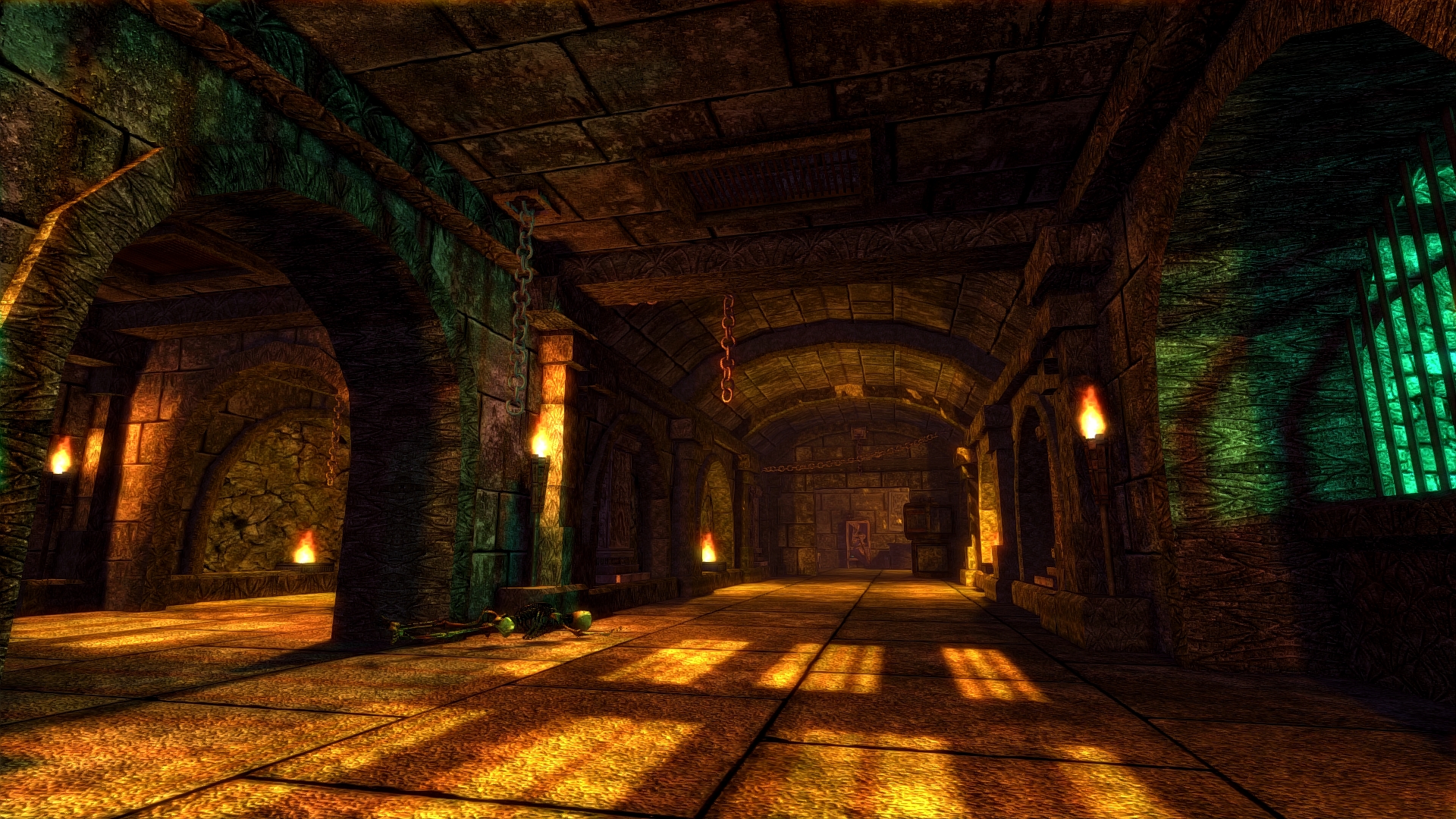 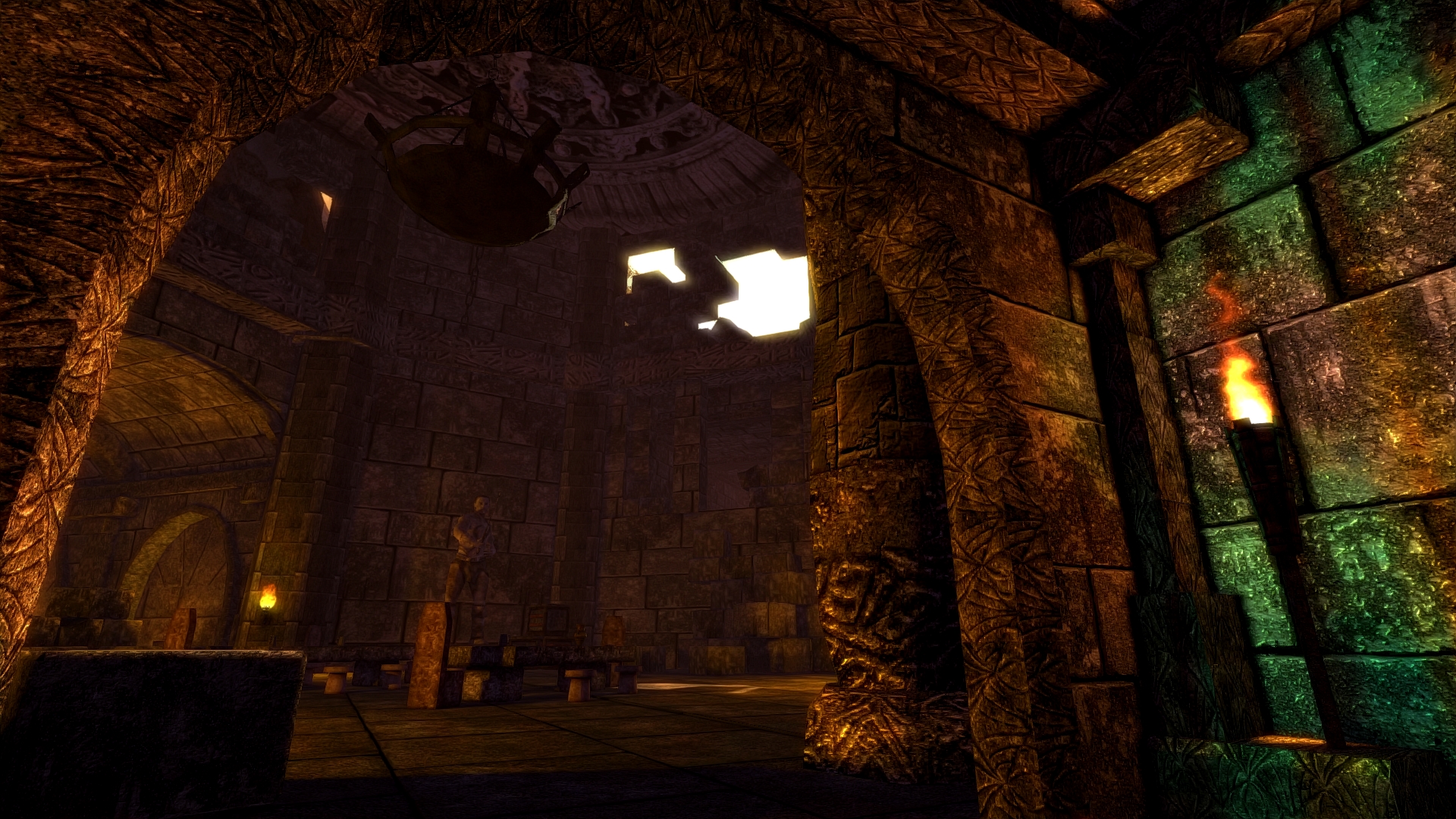 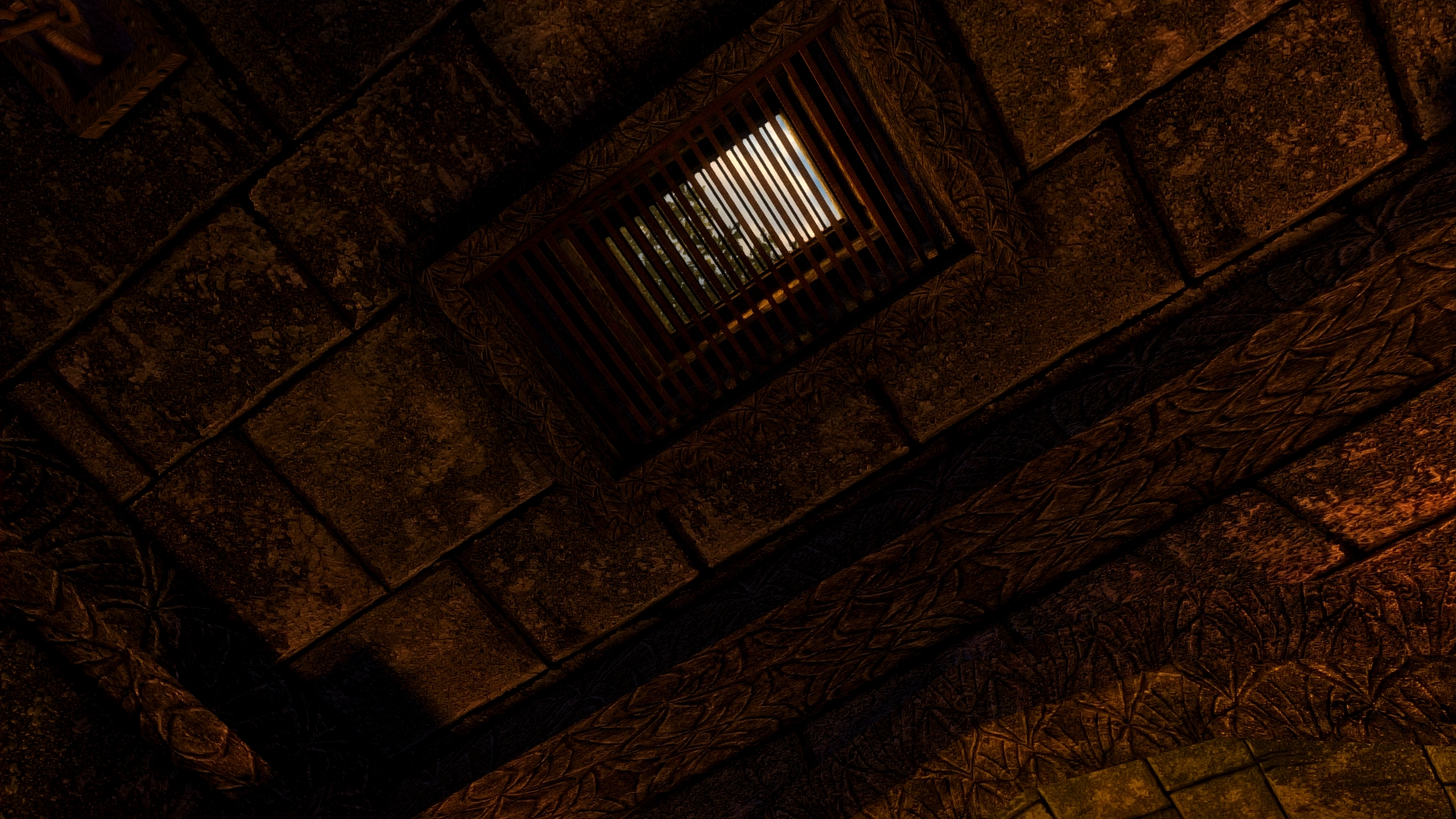 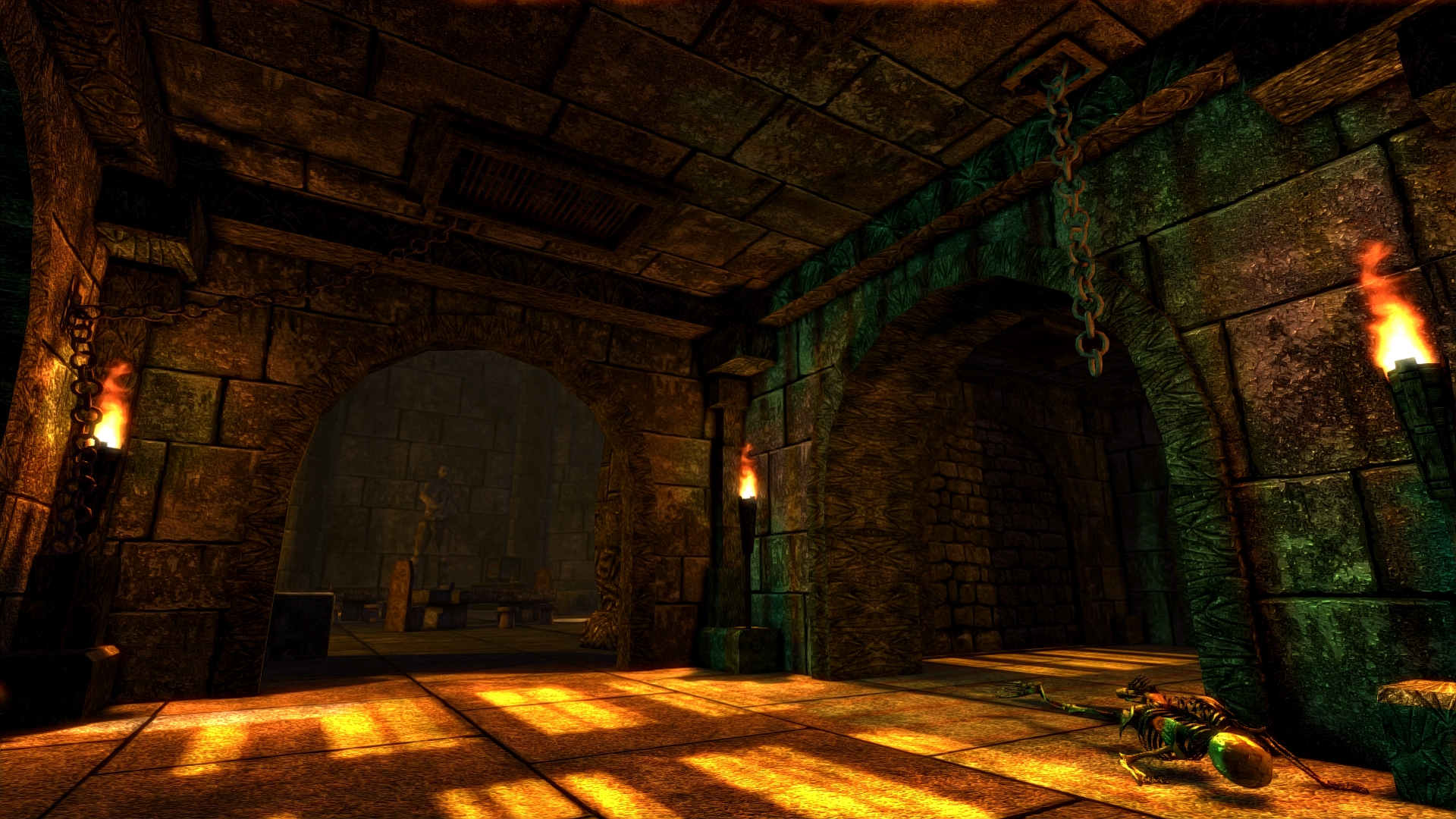 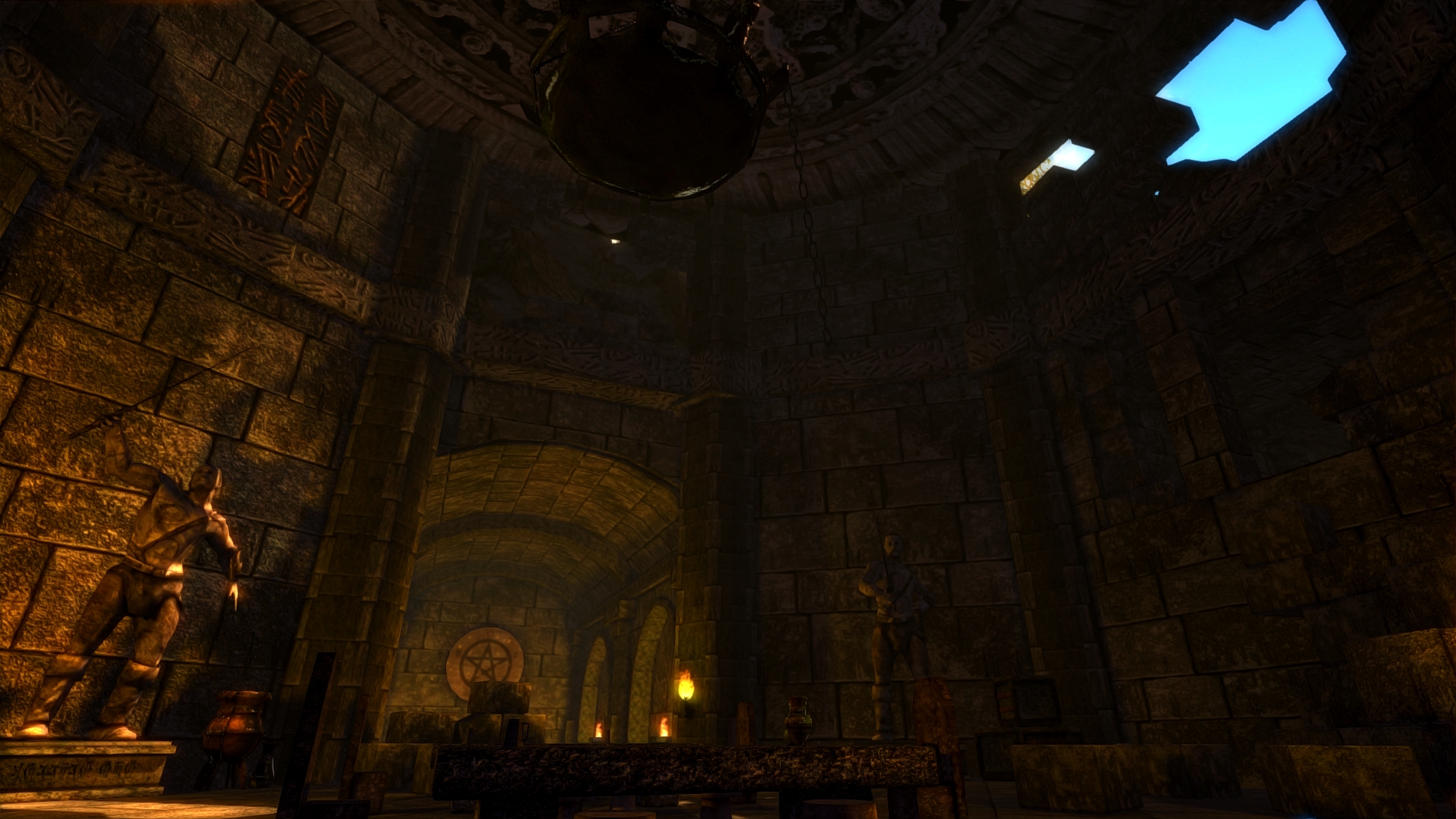 As always, thanks for reading and please let me know your thoughts

Another small update. Slowly making progress and adding to the game, yet some final decisions are not made yet. Here are some of the recent additions.

Hey gang, its been a while so I'd like to update this with some more recent stuff. Now, not THAT much has happened but I did get around to improve a few...

Its been a while since I have updated this project and I have finally returned to it after a few years working on other stuff, some of it is released.

Making video games is a weird, time consuming hobby. However, its also one of the most fun hobbies you can have....you know, if you're mildly insane...

I can and will give my voice to this game.
Just give something to do.

This game looks amazing. Is there a discord server you have for this? The graphics look like a cross between Oblivion and Skyrim. The picture with the sword looks like Oblivion. My ***** is literally popping out of my skirt

Thanks! I appreciate it! :)
No, I don't have a discord server for it. I consider having one once a playable version is out for alpha testing, but that is still some time off.

Since you won't let me give you money.
Is there any other way I can support you?

Thank you very much!
You can play the game once its done and, if its good, spread the word! :)

how about a Patreon eh ?

A better approach to changing the name / introducing the new game would have been to keep the old game for some time longer and post the news about Shavra there (as well). People who subscribe to Spyra's news feed just didn't get any data anymore and have to find out about the changes themselves (or just forget about the project).

Your site/blog isn't very helpful either.

I agree...I didn't do the transition in the most elegant way but I hope it doesn't disrupt interest in the project all too much.

Any news, updates or playable versions?!

It´s really funny, that everytime you see an exciting and beautiful Game with the "FPSC" tag here you can bet that the developer is either SerygalaCaffeine or HomegrownGames.

I want to play this!

Here, There Be Monsters Adventure