ScourgeBringer alpha Update n°4 is out! ScourgeBringer is a fast-paced free-moving roguelite platformer in alpha. Help Kyhra to explore the unknown and to slash her way through the ancient machines guarding the seal of her past, and maybe the redemption of humanity.

Posted by DearVillagers on Sep 9th, 2019 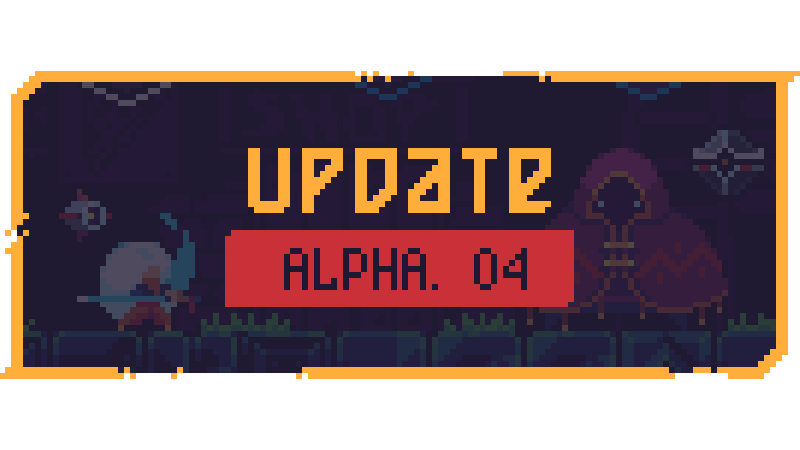 - All prior settings are reset by this version. This is due to a change within our file format.

- Added the hub world from where every run will start and from where the skill tree is accessible
- Added permanent skill tree (accessible from the hub world)
- Added 13 of the 29 skills
- Added dialogs to the NPCs (they don't have that many lines for now, but the system is fully implemented, hence it'll be easy to add more as we go)
- Added portal to next level when beating the boss (which brings back to the hub for now)
- Added Altar of Blood sounds
- The game now saves your progress (skill points and unlocked skills)
- Added button prompts to tutorial
- Added more juice to the boss HP bar
- Added a setting to disable to the low HP blinking background feedback
- Added a demo mode: using the "-demo" launch parameter will run the game in a demo state with exit and settings disabled, as well as load/save being disabled and defaulting the game with 3 skill points available. The demo can be reset with F3.

- Some of the default abilities of Kyhra are now a skill (fast travel, kill combos, ground pound...)
- Keyboard and mouse inputs are now ignored when the window is not focused
- The map will now be locked while in combat
- Simplified keyboard keys and mouse buttons names to be shorter
- All menus now loop when navigating
- Mouse wheel can now be used to scroll through menus
- Made the "!" smashable symbol more visible
- Traps are now disabled when rooms are cleared
- Made the base revolver more precise and the master revolver more impactful

- Fixed super attack soft locking if you hold down the slash input
- Fixed super attack soft locking if you launch the attack right before the only remaining enemy is about to go an invulnerable state (e.g. teleporting)
- Fixed smash sound when spamming the smash input
- Fixed mouse selection having a priority over keyboard inputs
- Fixed mouse selection still working on Altars while the game is paused
- Fixed pause menu being accessible (yet invisible) while teleporting Kyhra
- Fixed gamepad vibrating with low HP warning pattern after the teleportation animation
- Fixed teleportation not properly landing Kyhra on ground
- Fixed boss not being properly invulnerable during its introduction animation
- Fixed gameplay still running during the game over animation
- Fixed inputs still working during the game over animation
- Fixed tutorial mouse inputs
- Fixed pause not being unpausable with gamepad pause button
- Fixed a few typos

Join us on Discord or subscribe to our newsletter to get weekly updates about our progress on the game!

You will get the chance to possibly join the alpha / beta of the game and interact directly with the team!