The turn-based multiplayer survival game Schwarzwald has launched into open beta now. Downloads for Mac, Windows and Linux are available, games have been opened and can be joined.

After an extensive alpha test, Schwarzwald has gone into open beta now.

The game is a turn-based isometric multiplayer game about survival, cooperation, trust and betrayl. Set in the Black Forest (german: Schwarzwald) in medieval Germany, every player controls a family in a small village that tries to survive the nightly rampages of wolves, bears and... worse...

You can download the Mac, Windows and Linux clients on the homepage or from the download links here. 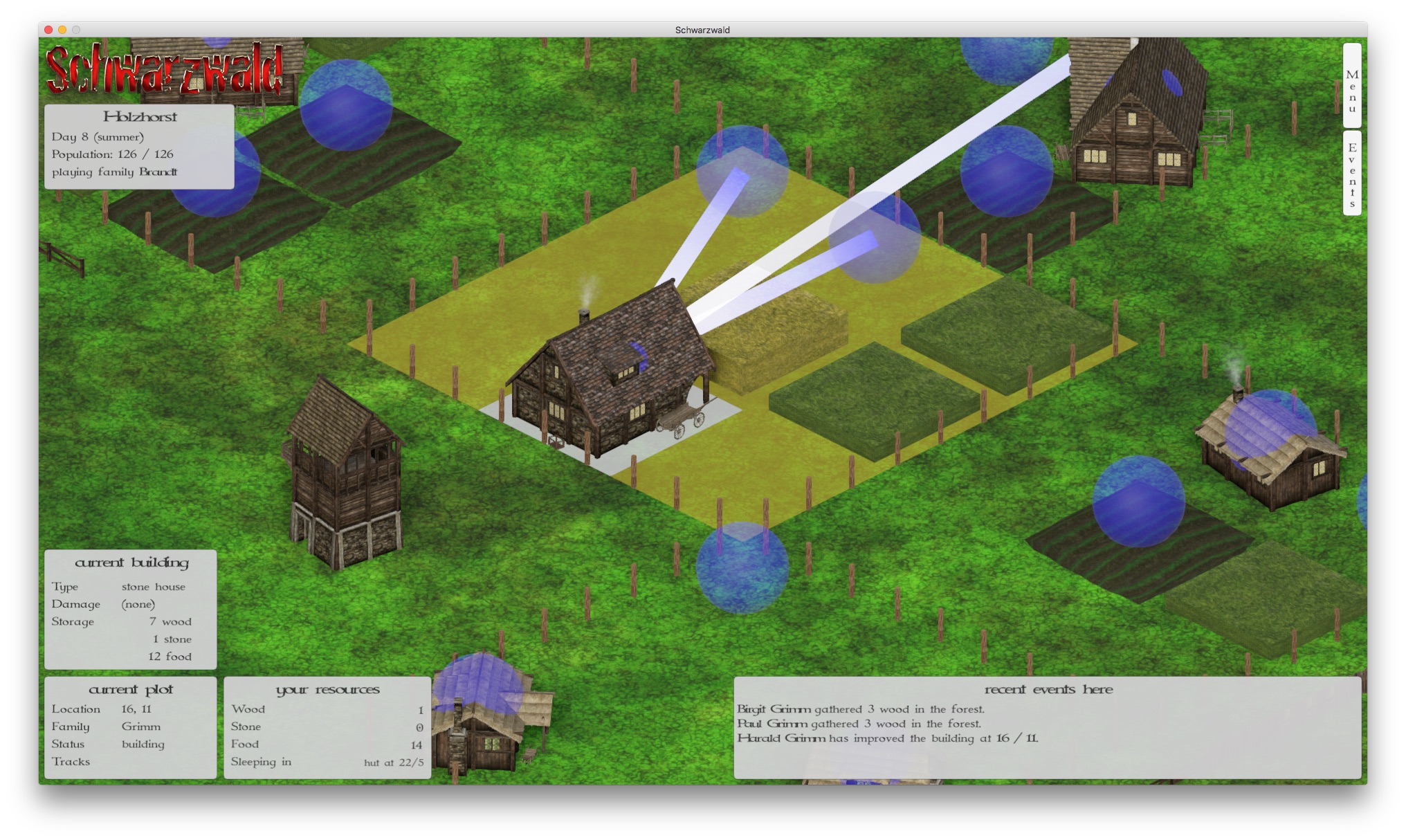