Personal commentary from Coffee Stain Studios concept artist about the making of Sweet, a new playable character in Sanctum 2!

Hi and welcome to our first developer commentary about one of the main characters in Sanctum 2! Our concept artist Emmy Wahlbäck will be guesting us today with a personal commentary about the making of Sweet Autumn, so keep reading! 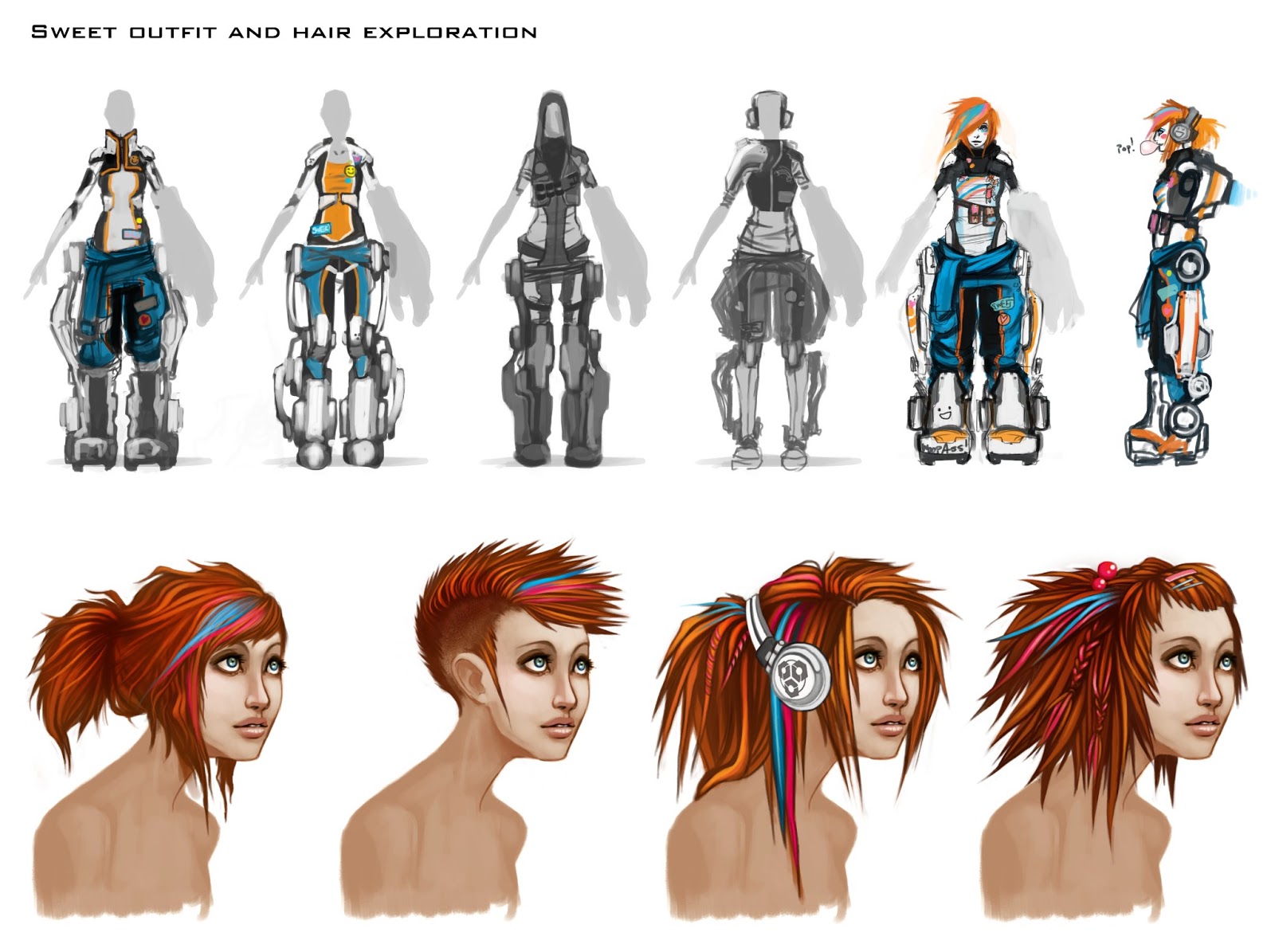 The idea of Sweet was there even in the development of the first Sanctum game, mostly as a vague idea of Skye's younger sister. Just her name sparked all my inspirations at once. I had a pretty clear vision of what I wanted her to look like and I remember being really hyped up while making her concepts. I knew she'd be the heavy weapon wielder and we wanted to give her a really sturdy exo-skeleton. I wanted her small body to stand in stark contrast to her heavy gear. We were also quite happy about making her a bit more curvy than Skye since Skye has always been tall and really skinny. The sisters are supposed to be very much like each other but also have big differences both in personality and style. 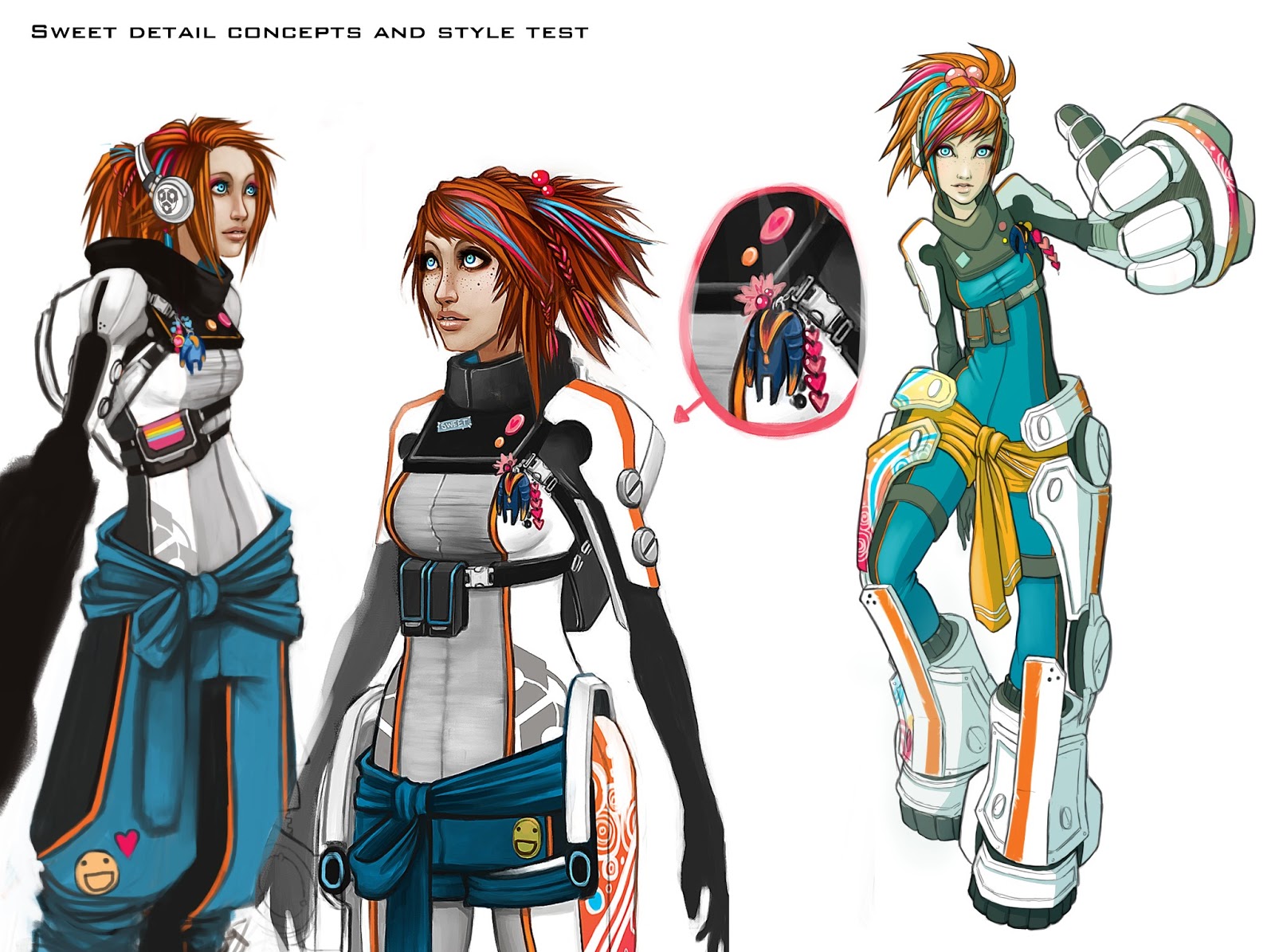 Sweet's looks are inspired by over-the-top street fashion as well as skate and snowboard gear. She wears the standard bodysuit of the Core Guardians but has modified it herself by placing stickers all over, attatching cute keychains and painting her armor and equipment. People have often commented that she looks a lot like me which is kind of funny. I think it's very common for an artist to always put a bit of themselves into their art, but this character just feels so much like me that it was impossible to avoid it. I didn't design her looks after myself though, rather the other way around. I always paint characters after my own tastes and preferences and it feels natural to copy their styles on myself later on.

Her personality is also very similar to my own which wasn't intentended either. I haven't been alone in the process of defining the characters and after hearing my co-workers input about her way of being I wrote her as a hyperactive, easily distracted kid. Being more like a teenager despite being almost 20 years old. That has it's reasons too but those will be revealed in the story later on in-game. 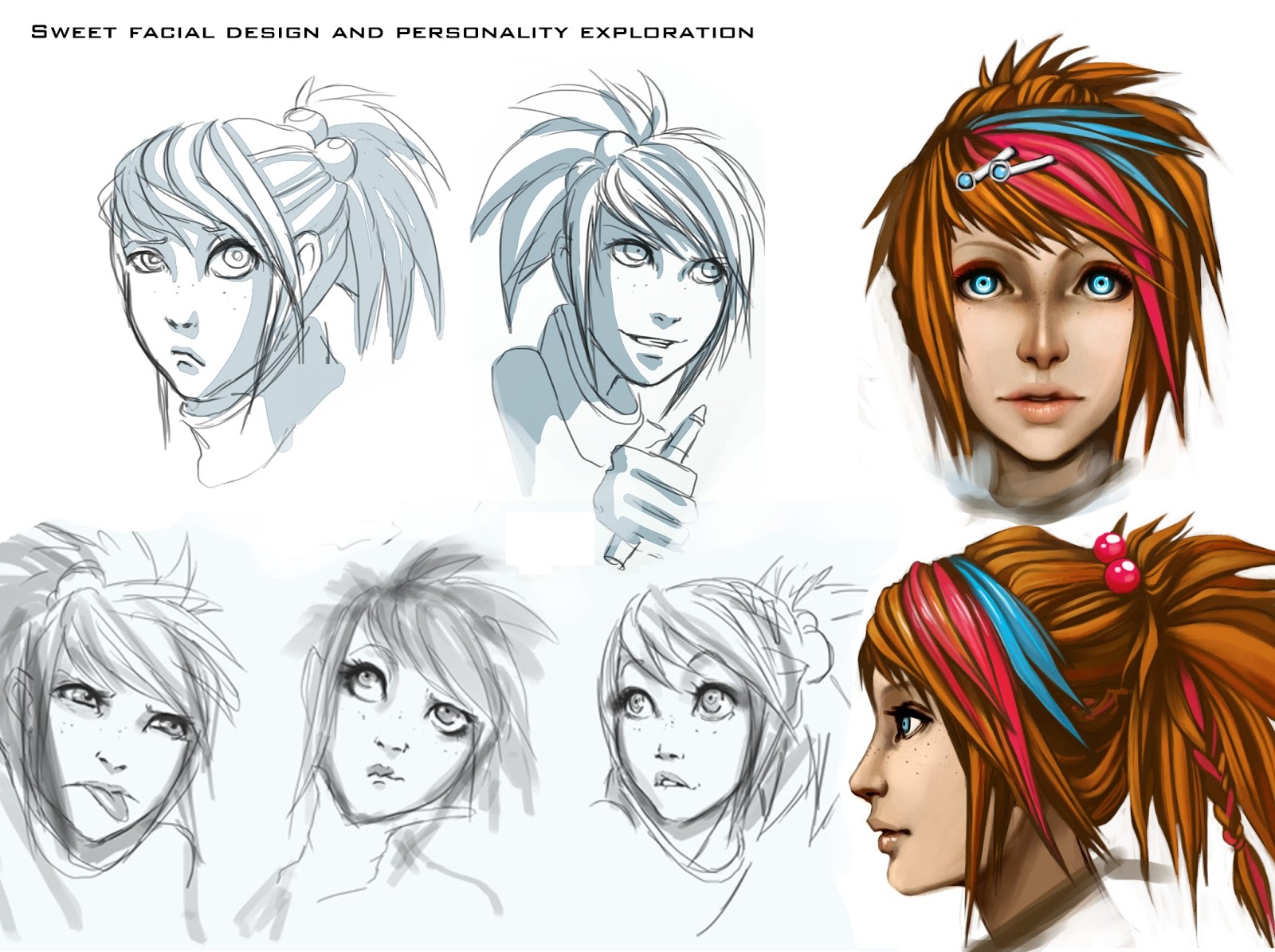 Making the concept art for Sweet was like truly living the dreams I had as a kid. I've wanted to be a character designer since I was about 10 years old and to be allowed to create a character that is so close to my personal taste and all the things I love was amazing. I could include all those things I usually put into personal art. Sweet Autumn is a girl who gets bored easily and entertains herself by making her surroundings a bit more cute and fun to look at. Tagging graffiti and little doodles everywhere she can, customizing clothes and her hair to fit her moods. Jumping around the battle-field while happilly shooting lumes with her enormous REX. Yeah, pretty sweet.

Very nice, the game art on its own really grabbed my attention while surfing steam. Excellent design work.

Why don't you add does hair styles to the game to customize your character with? Kind of like Borderlands head customization including finding hidden hair styles that you have to find or unlock.