0.89 is out with some great updates! First, we've got the sixth map in now, "Al Tabul", which is a desert themed assault map with plenty of tanks and other vehicles, we even added a few stationary weapons for the defense. 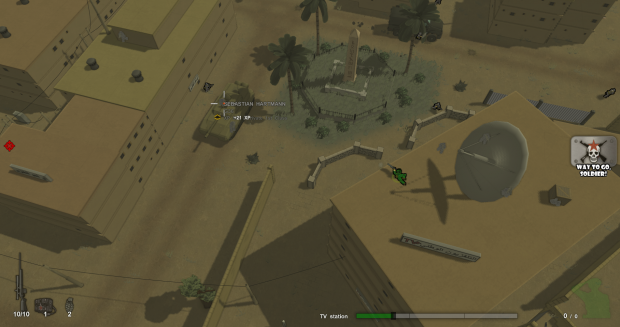 Second, we've got the third faction in the game, and this means you can get those multi-faction battles going on easily now. From my experience, Stalemate and Sainte-Anne make just perfect match for 3 factions; had a great time fighting over the central bases when every faction is attacking to the same location, just hilarious!

The map view has gone through some improvements, zooming is now supported on mouse wheel and from keys which has been needed for quite a while now with the map being a bit tight for all the icons we have in there these days. We're also starting to experiment with how the map view should actually look like, and 0.89 features the first iteration of that work. 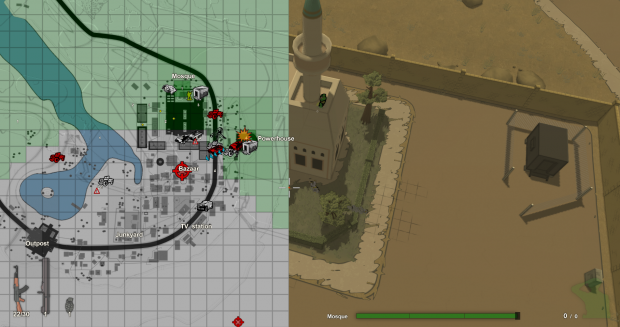 Spotting mechanic has been added now too, so if you're one of those players who end up strolling behind the enemy lines causing all sorts of mayhem by assaulting their less defended bases, destroying the enemy comms truck or stealing their cargo truck (note, cargo truck theft is only in Invasion online currently), you also get rewards from your faction by locating their vehicles, just hover the crosshair on the vehicle to identify it. This also means for multiplayer that other players will see the vehicles in their map and get notified about them.

All right, that concludes the major new gameplay changes for 0.89, there's at least 30 other bug fixes or additions, check out the full change log here.

Is the art style final? Would rather have it like real textures, would make it much more appealing

That's interesting. To me the current art style is exactly what makes it appealing. It shows how the focus is on gameplay and fun instead of realism. Plus, it simply looks cool :)

I like the current art style because my computer can run it. :(

It looks cool indeed and that's why I like it.

I doubt it would look better. Voxels work well for this type of game... and it's a welcome refresh from the AAA titles which really don't do anything interesting or different when it comes to visuals these days...

I am pretty sure most people prefer the actual minimalistic "cell-shaded-like" graphics than detailed textures. It also helps keeping stuff clean. But we can't please anyone, sure. If we'd have feedback that most people are disliking the style we might rethink it but that seems not to be the case.
@Woozle: more detailed textures wouldn't really have an impact on the game performance though.