Rolling Head Namaspamus is now released on IndieDB! In this platformer game, you play as a rolling head seeking for its body in a silly universe made of strange classical Art. Download the game for free or play it directly in browser!

Namaspamus is a totally free 2D platformer game that focuses on its universe and humor.

The Noble Namaspamus has lost his body! He needs to travel accross the world to get it back. As a defensless head in a hostile world, he will have to be careful not to hurt him and to master his special head skills like rolling (obviously), jumping, blowing and shouting in order to survive.

You will experience a cruel gameplay with lots of different levels and situations. Namaspamus will encounter strange beings, other rolling heads, friends and foes, and even explosives baby heads!

The universe of the game mostly uses paintings of Hyeronimus Bosch and other renaissance artists in a "Monty Python" style, as well as authentic medieval music. It features lots of silly humor and weird situations.

You'll be laughing you head off ! 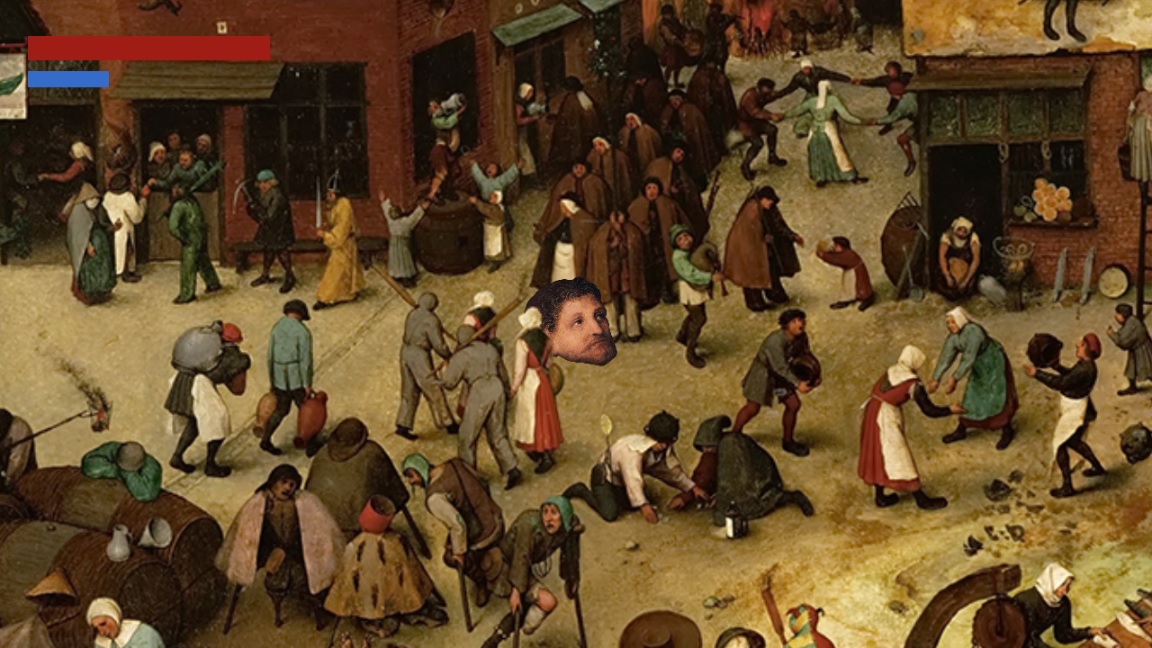 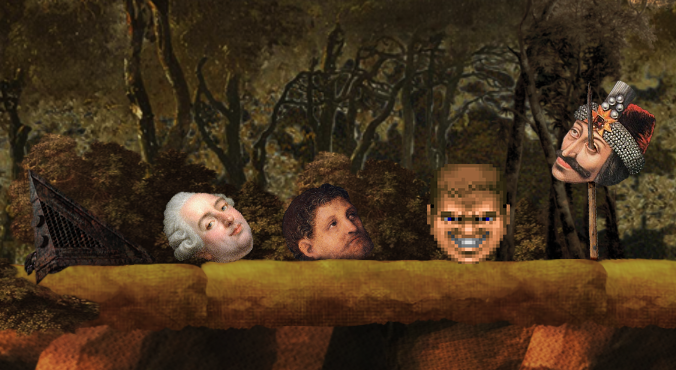 (This trailer is quite old, it was made for the demo version. New video coming soon!)

This brand new last version features some tweaks that make the game easier to control and to understand, as well as a full length story campaign of 18 levels.

You can play up to 4 players on the same computer in this competitive mode! It's recommended play the main game first before trying it.

The original french name "Tête qui roule Namaspamus" is a bad pun that was not possible to translate in English, unfortunately...

Namaspamus was originally developped by 3 students for the Hits Playtime Contest (a french contest for video game students). The game won the special jury mention from 2 members of the jury out of 5 (Stephanie Barish, CEO of IndieCade, and Bounthavy Sulivay, Journalist) and was exposed for a few days in an Art Center in Paris with the other winners.

Thank you, and have fun rolling around!