Hello everyone! You haven't heard of us for a while, so we decided to open up the situation a little and tell you about whats been going on for the past months.

Hello everyone! You haven't heard of us for a while, so we decided to open up the situation a little and tell you about whats been going on for the past months.

During the year 2015, we had several problems. Even our last news was about publishing problems. During those publishing problems, we decided to completely redesign the foundations of BusinessMan. A couple websites were ordered from us at the end of the year. Those orders consumed quite a lot of time and effort from developing BusinessMan. As soon as they were completed and delivered, we returned back to developing BusinessMan with full force. Since then we have spent day and night working on it and have gotten it very far.

What have we accomplished?

We have made the foundations of the game better than ever. The game can now simulate thousands of times more and more precisely than its predecessor. BusinessMan's new concept is also better than before. 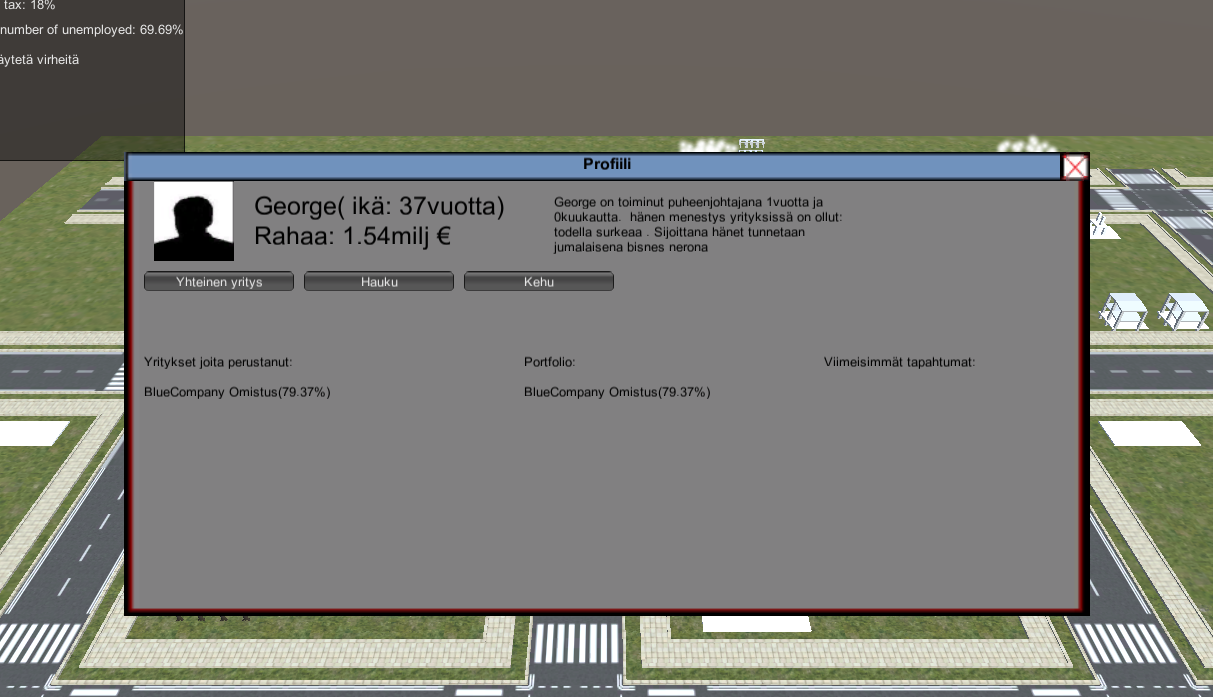 The game is still in Alpha stage and the first tests have started. We are still lacking some features, that we need to implement into the game. After that, we'll move to testing the Alpha version and start working more on the graphics.When all of this is done, we'll move to Beta phase, which is when we'll truly need you!

So, if you are interested and want to see what the game holds inside, and are an avid tester, contact us by -email. We'll pick about 10 Beta testers at first.