Post news RSS Release v0.3-alpha of RPG in a Box

This release includes the new and improved Script Editor! The old "outline" style has been replaced with a visual graph and has drag-and-drop functionality similar to the Dialogue Editor to allow for easier creation of scripts.

This release includes the new and improved Script Editor! The old "outline" style has been replaced with a visual graph and has drag-and-drop functionality similar to the Dialogue Editor.

As shown below, the new Script Editor has been reworked into a more user-friendly editor. If you have previously created any scripts in earlier versions of RPG in a Box, the Script Editor will automatically generate a visual graph for your script once it is opened in the editor. It's not perfect, but with the drag-and-drop functionality you can easily rearrange the nodes at any time into a nicer layout. 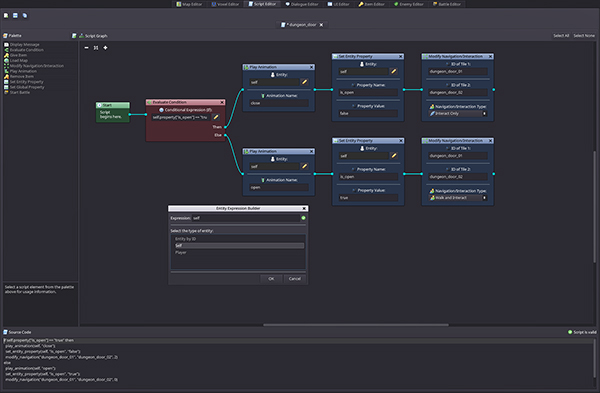 The script palette works the same as before, but will now add a node to the visual graph for the function selected. Once a function is added, you can click on the output of another node and drag to the function's input to create a connection. The source code for the script will be updated in real-time and can be previewed at the bottom.

Each script node contains a set of parameters that pertain to that specific function. For example, in the "Load Map" node that we've added to the script below, we can choose the map to load, the starting player position, and the direction the player should face. Whenever possible, the input fields will contain a list of available values to minimize the time spent needing to refer elsewhere. 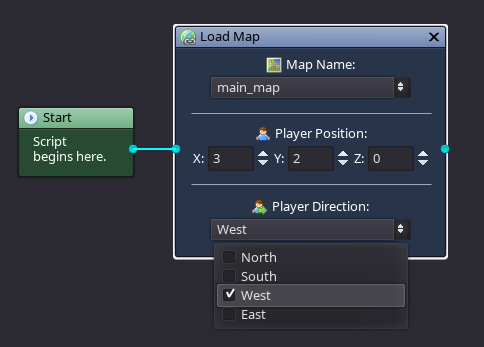 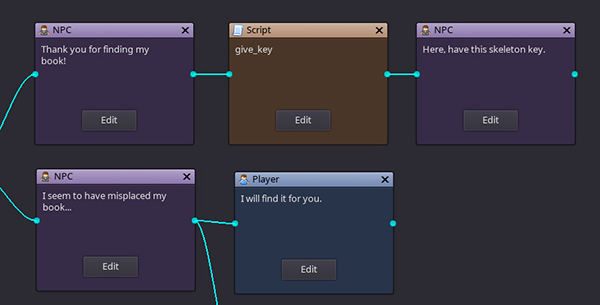 I hope you enjoy the new version of RPG in a Box! I always welcome feedback, and I appreciate the continued support and words of encouragement. Thank you for reading!