One of the features we will have for the Recruits demo are working tanks that you can drive around and fight with.

In this update, we would like to show, and tell, you all about the progress we have been making on one of our Demo Features, Tanks.

We are still ironing out how the tanks feel and acts, so no video of them just yet, but be rest assured that there will be one as soon as they are finished up.

Below are some pictures of the tanks in UDK. 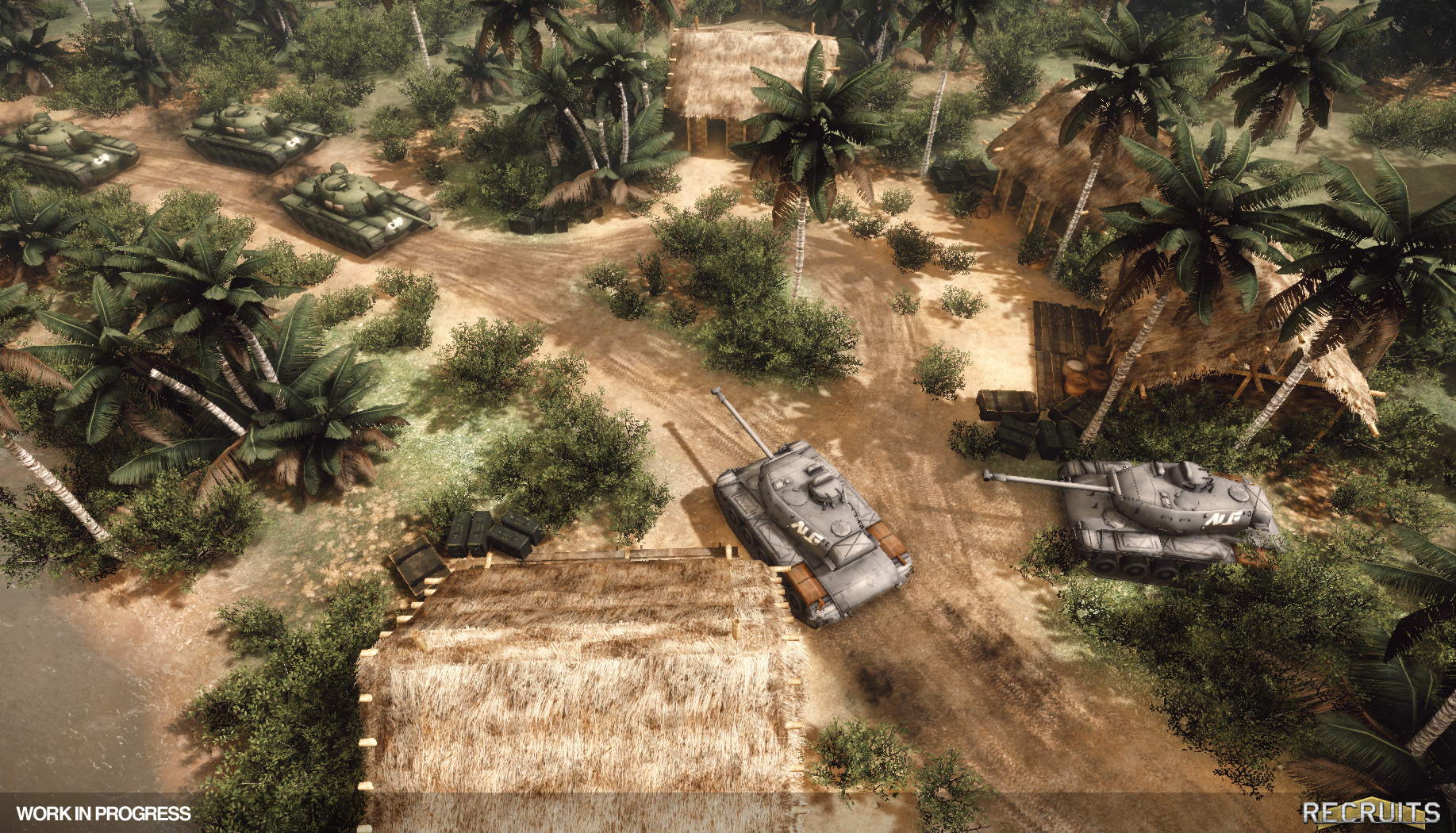 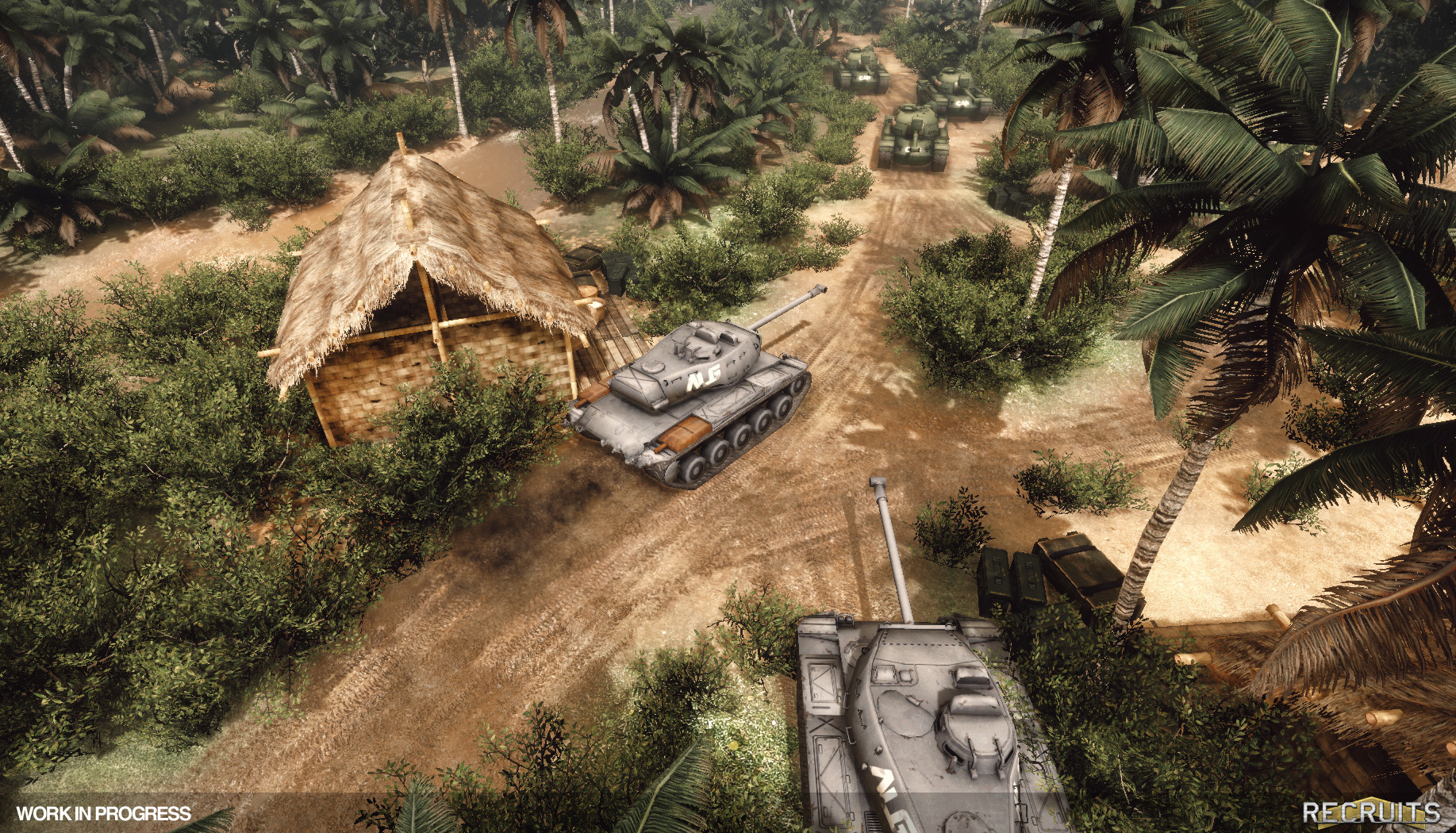 Above are pictured: - thanks to quick help from Laurens Corijn

Keep in mind that these tanks are still Works in Progress and are subject to changes before release.

We are also hard at work getting some fresh art work into Recruits, including new characters and assets. Also working on the levels that we are releasing with the demo, and are testing all the features and gameplay that we want you guys to have fun with.

We have a few interesting game play features coming into the game soon, so we can;t wait to show these off to you all and hopefully you will all like them.

As you can see a lot of stuff being worked on, we are a Tiny team, so please help us get the word out and Like our Facebook page, its helps us spread the word about Recruits and opens up the amount of people this game can get to!

I'd recommend giving the opfor T-55's or something, considering the disparity in performance between a M41 and a M48 is like that between a Sherman and a Tiger tank.

Good comment, we are going to hopefully have a wide variety of vehicles to choose from. We will defiantly will make a note to look at getting those T-55's, or similar, in game :)

The m41 looks a little large, but the m48 is pretty good.

Glad to see you got the tanks laurens made!