Hello everyone! Mondoid time, just a quick one due to the team being busy bees. We've got a few things to report.

Interim Memory Budget / 3D
So while we've been developing the 3D stuff, which still progresses but has been increasingly sidelined by work fixing up the interim builds, we've also been continuing our efforts to lower memory usage and optimize the game in the main development branch of the game.

In the process of that we've somehow managed to sneak back under the memory budget to allow 32bit systems on integrated graphics to run the game. This is great news.

The 3D engine work is absolutely vital for the long term compatibility and speed of the game, so we will continue working on that alongside polishing up the current build, but we will likely continue to release on Desura and look to get ready for Steam using the existing engine.

The reason is that we are mindful of breaking what is currently, a few issues aside, shaping up to be a pretty stable version of the game by doing a major engine change at this time, undoubtedly adding new bugs and potentially costing us a ton of extra time, if (as it currently appears) we can avoid it.

We'll continue to polish and optimize the interim builds until they can be updated on Desura and on released on Steam proper. At that point we'll start releasing beta builds with the 3D engine, at that point hopefully quite mature, as well as NPCs and other much awaited features.

West Point is more or less good to go! We're just fixing up some tile property and zombie / loot distributions and we'll look to making an interim release at that point, so expect that update in the next day or two! Make sure to pack a bag though, as the trip north is not for the faint of heart! 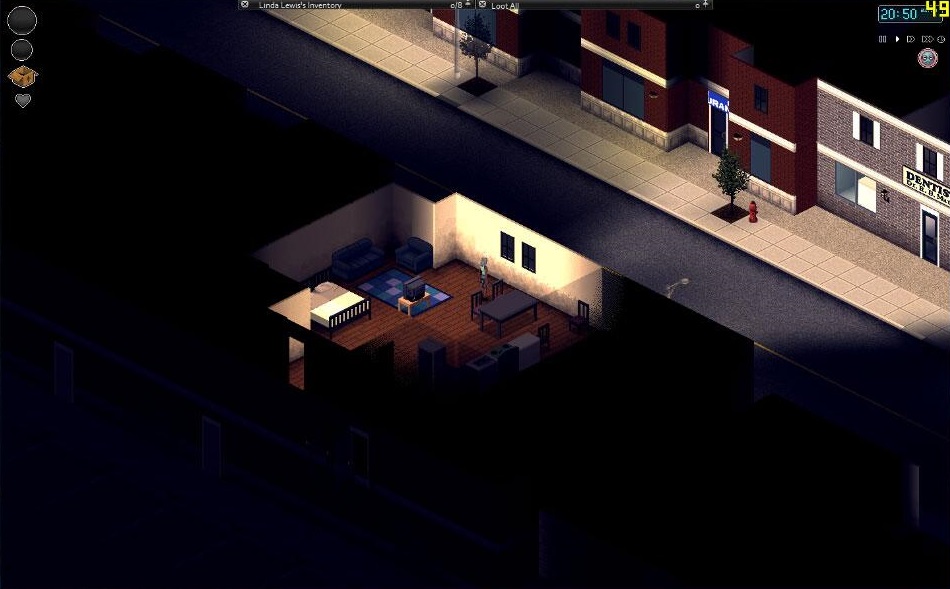 Also, to celebrate an end to building endless West Point houses, our Mash has decided to unwind by running a half-marathon (!!) to raise funds for Arthritis Research this Sunday! Click here for details!

Great news as always, but do we know anything about when to expect this amazing game on Steam?
Cant wait for the finished masterpiece.

Boy are you in for a surprise...

what you mean? when i search steam for project zomboid nothing comes up. what am i doing wrong?

The game is already in the Steam... It is hidden.
If you buy the game here, then immediately given a key to activate on Steam!

I got the game months ago, i activated it on steam already. Would be nice to see PZ as an official release as soon as possible. Love the game so far.

Its sorta on steam right now, if you have purchased the game from somewhere else you can get a key for use on steam.

have the key for steam, been following this game for few months now.

Then redeem the key via the steam 'Activate A Product on Steam" option from the "Add a game" menu.
It's a beta steam release, that's why it isn't publicised.

yea did that last night, do you know if the the updates come out Steam will update it automatically?

Yes. From time to time you can also opt in for less stable beta builds via Steam as well.

so pumped for multiplayer

Where does it send the steam key because I never received it?

so when will it come out on desura??

You mean West Point?
Once there is a stable release.

yep i want to play the next update soon ;)

I know this isn't exactly the right topic to discuss it, but will these updates show up on the Steam version around the same tie as they show up on the Desura version, or should I switch back to the Desura version of PZ until the official release?
I'd like to be "first in line" for these updates and any bug fixes that may result particularly from splitscreen, which is my favorite feature.

Stable releases will always be pushed to Desura and Steam at the same time (more or less, I think Steam makes the process of updating a version a bit easier).

Beta releases however will only be distributed via Steam (Right-click the game in your library - Properties - "Beta" tab - select beta branch from dropdown) because Desura does not have a feature for Beta releases (yet).