Post news RSS Proton your reading glasses - it's time for an update!

It's time for you folks to check out what we've all been up to! Oh and as you've probably already noticed, we've got our very own Proton rifle!

Now, we don't usually start with bad news, but we can't ignore the fact that (the once legendary) Lucasarts has been shut down by Disney. We all have many fond memories playing awesome games like TIE fighter, Dark Forces and of course, the Battlefront 1 and 2. We won't forget the good times Lucasarts gave us.

Despite this sad news, we don't want you to be disheartened!

Although at the moment it is unclear as to whether or not third party devs will pick up the 1313 and SWBF3 licenses and release good games, one thing is for certain: we will do our best to create a game that fans will enjoy playing (unlike SW: Kinect...)

In fact, the news of Lucasarts being shut down has only motivated us to become better. I quote from one of our tweets: 'Our team is the only hope for creative expression, we won't let you down!'

Anyway, bad news over, let's get onto business.

As always, we will start with a few announcements:

Moving on, here's a list of new members/helping hands who have made it onto the team:

Now, enough chat, here are some screenshots of what we've been doing!

Veteran gun maker Deforges has upped his game once again to create this awesome rifle. This will be the engineer classes' weapon of choice as we preferred it to the standard 'sandwich' shotgun! 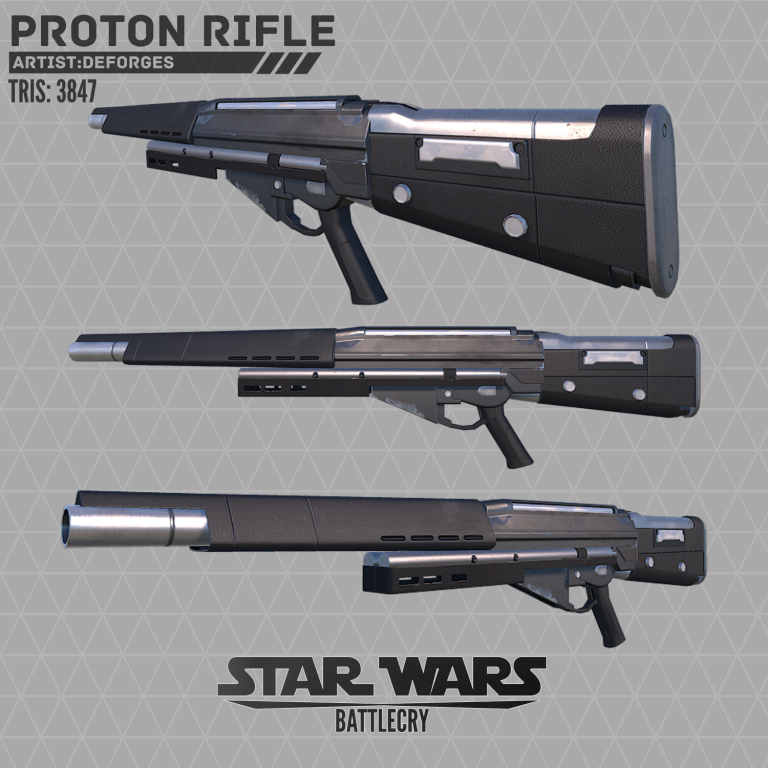 Next up is 3D artist Ande's newest character creation, the iconic Scout trooper. The texture on this one is pretty much perfect, we'll regret destroying the armour in-game! 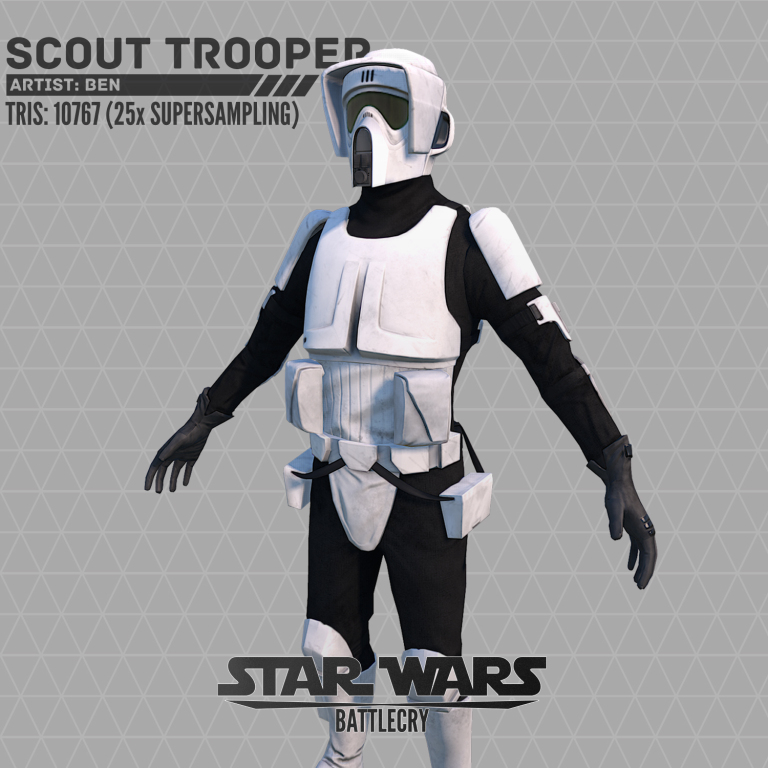 Today's final screenshot is of DT's first model for the game, the infamous Stormtrooper. This is the incredibly sexy high-poly so you can look forward to a finalized version in one of the next updates! 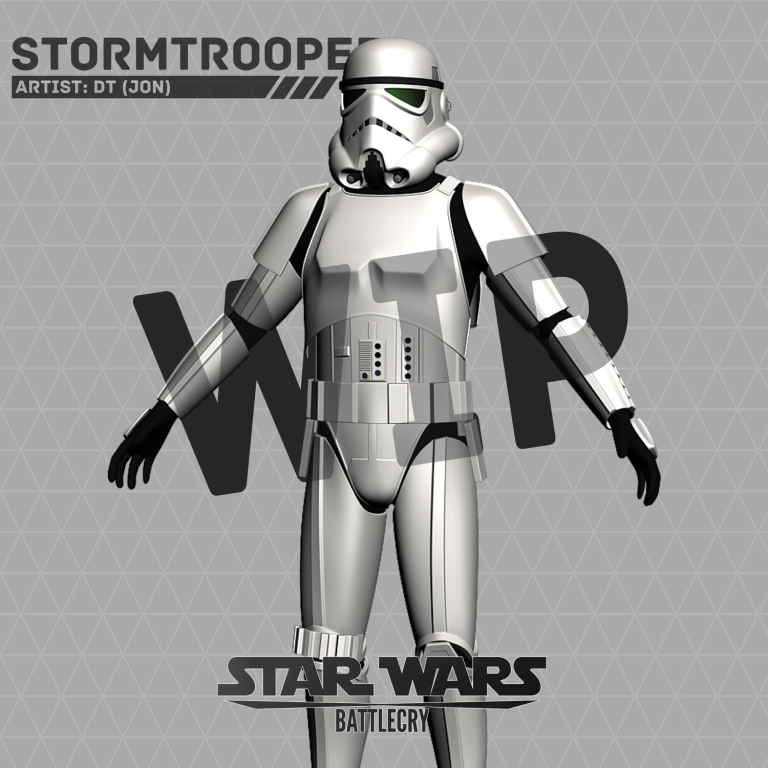 We are currently sifting through 100s of different voice overs and we will gradually be uploading them under the 'video' section on moddb, so stay tuned!

Animations (which we haven't shown yet) are being sorted out and new member 'DT' has been working alongside Terach to get some skeletons rigged and ready for animating.

If you're wondering what's happened to our maps, well we are gradually adding to the interior of Hoth and will be focusing more in that area soon.

Don't forget to tune in later on in April!

Thanks for sticking with us, and as always, may the force be with you,

Right when I was contemplating on going to rest.. Looks like It'll have to wait!

Sidiously though guys, this is going to be fantastic when it's released, thank you for all your hard work.

may i ask, the armor can be destroyed really?
like the force unleashed, when you push stormtroopers its armor falls apart or the helmet should fall or something

No, armor can't be destroyed. You wouldn't be able to with the most weapons anyways.

Most? So you can with heavy ordinance?

No, armour can't be destroyed even with heavy ordinance.

You guys are really working on something fantastic. Awesome job. No matter what, this can never fail, its like your own portfolio if you ever want to go professorial! I love it!

Thanks Plat, for the kind words now and in the past.

this looks Sooo Epic ;D its good to finally see an update.. its always to long between them ;P

Love the scout trooper over all (not that the others aren't as good i just like scout troopers, especially the helmet') as always looking forward to the next update :D

I was eagerly awaiting this update! :D Congratulations for the work BattleCry Team!