So one very important issue for us in Project Temporality was the pacing, in this kind of games we feel it might completely make or break the game. Playing a game is supposed to be an enjoyable experience. But if you’re brain is working at the max all the time without having some time to relax a lot of people won’t enjoy it, it works well in games like chess but also see how many people plays chess compared to a computer game and still it has the competition factor that really helps it.

But if you struggle all the time it won’t be that fun in the long run, you need time to relax and feel smart, feel that you are improving and learning the game. Basically we want the player to feel that he is outwitting the game and to feel really good about that and also to have some time to relax and build up endurance for the next mind bending puzzle. For this discussion we will use three main examples that handles pacing very differently Portal,Braid and Q.U.B.E. I’m going to assume most people are familiar with portal and braid. Q.U.B.E is a first person action puzzle game to that centers around your ability to modify certain blocks in the wall to manipulate different elements in the game world, and how the game world and puzzles are changes almost completely between every section with the box extraction being it’s common denominator. 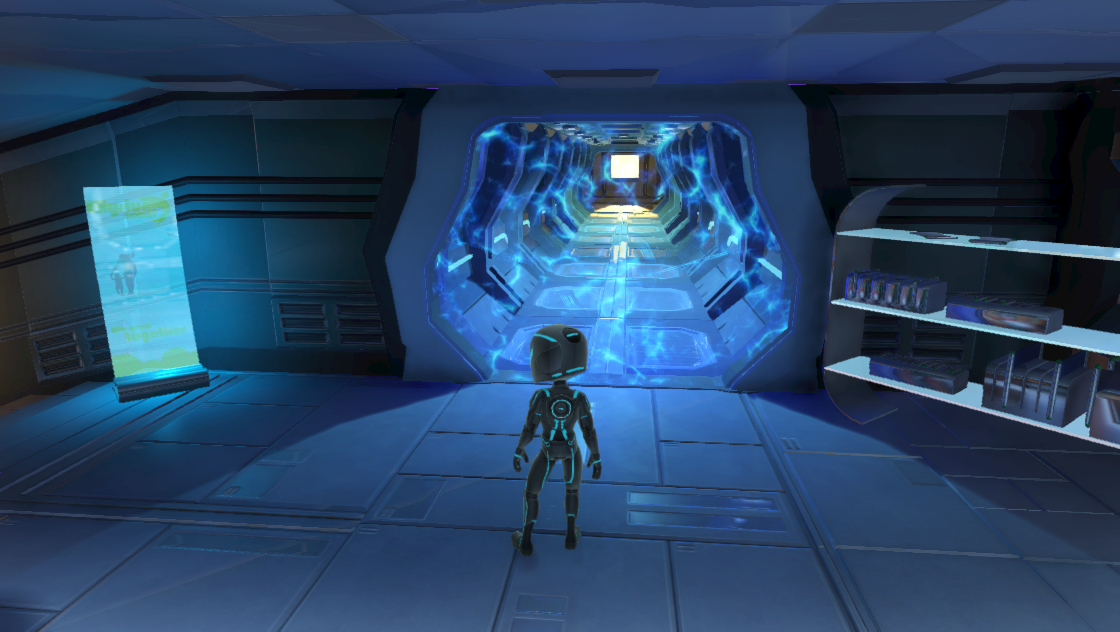 Portal first out is an brilliant example in pacing with a well set learning curve that lasts you through most of the game continually adding new things for the player to learn and explore keeping us on our toes while also keeping it all familiar due to it being built on the same game mechanic. What really makes it work for me is the puzzle time to relaxation time ratio. After every minde bending puzzle there is a section where you either explore the world and watch some interesting scenery or an interplay with GLADOS or often booth of these. There is no misstake how almost every map begins and ends with a GLADOS segment. This gives you a good time to relax and let your mind rest. It’s also filled with a ton of moments that forces you to use the portal gun to perform simple tasks which makes you feel smart and let you relax for the bigger puzzles.
Braid on the other side of pacing design. It consists of 6 worlds each introducing a slightly different time mechanic but all are still build around a similar core each world starts with 1-2 maps of really trivial puzzles exploring the mechanic but after that the puzzles get much harder sometimes requiring features of the game that you haven’t been informed of yet. Thankfully due to it’s non linear design you can move to a new map if you get stumped removing some of the pain. Most maps also consist of a couple of puzzles with some being trivial and some harder which allows you to move on and feel you make progress. And later then you learn or realize more about the games mechanic you can go back and pick off those unsolved puzzles one by one. And if you get stuck or bored you can just move to a new world get some easy puzzles out of way at the beginning and in that way your brain can relax for a while. While not as suitable as portal for really long play sessions in it’s own way braid’s pacing works out but it might also put you of from finishing the game.

Booth these games was quite different portal is much more story based and therefore couldn’t use the non linear pacing of Braid and braid having virtually no story (compared to portal) can’t really use interludes to break up pacing. The short texts at the begging and end of a world doesn’t break it up enough for that. But booth works in their own right, personally I feel portals pacing works better both in entertainment but also in puzzle progression but braid also works well. 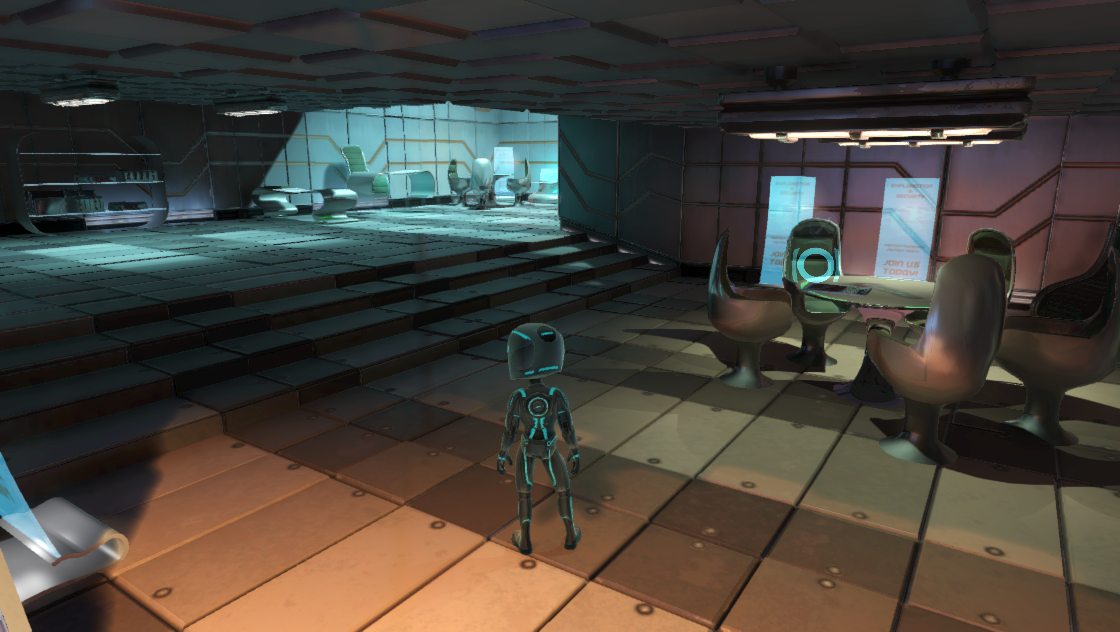 The third game we have is Q.U.B.E that borrows elements from both of them. First out I have to say I don’t think that it’s a bad game in fact I enjoyed the part of it I played very much but the uneven pacing made me not finish the game in the end. Now as a developer I don’t have that much time playing games and even games I like often has to wait for weeks and months and I hope to get back to Q.U.B.E. The progression of puzzle difficulties is well thought out however it consists of puzzle after puzzle after puzzle with very little breaks the transport areas and small cutscenes simply does not give the mind the relaxation of the areas in portal (this might be partly down to there being no written story) also there are very few easy victories along the way once you get to the more complicated parts. But the deal breaker for me was that after the start of the sections I was often met with an entirely new game play mechanic that felt like it had no connection to the rest of the games except i extruded blocks from the walls to achieve it. I could be doing puzzles by bouncing balls to a laser based puzzle segment where i work with limited rotations to rotate the world. So every time I have worked out well how the game and gameplay worked a rug was dragged from under my feet and let me fall down and have to relearn everything from the start. While braids worlds worked differently they still felt familiar and similar here it feels like i was playing a new game and that was mentally exhausting. 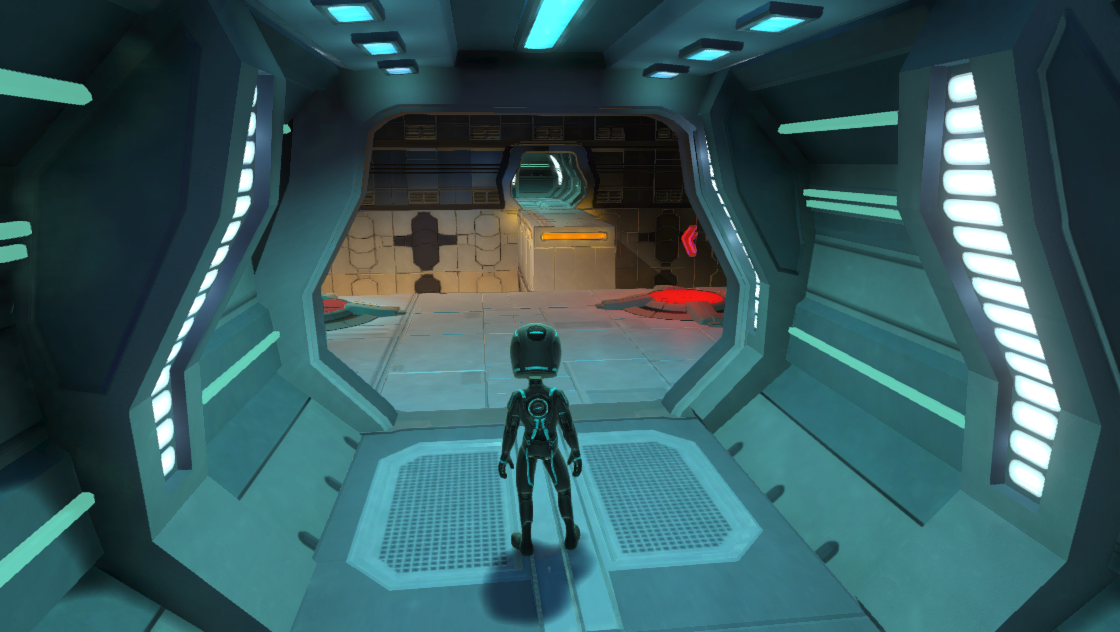 For Temporality we want to be certain we hit the right sweet spot. Where the player gets challenging puzzles but that all feels doable and progresses and giving him nice breaks to rest his mind. Because we are more of a story game than a pure puzzler. We feel that it’s important to verify that the player always feels he are making progress on a puzzle and not just banging his head against the wall. So we have a 5 try rule a player should not need more than 5 tries to solve the puzzle and make headway the entire time. If the average player can’t solve the puzzle by then we are probably doing something wrong that stumps them. And after each puzzle we need a rewards area with perhaps story elements, reading some journals or enjoying some scenery. So that we don’t tire them out or make them feel that they are stumped. We also mix it up with puzzles that while not simple consists of familiar parts for the player that allows the player to solve them easily while feeling good about themselves for finding the way through out trickery.

We want the player to feel good about himself while playing our game. We also want to expand his range of thinking and see the world inside the game differently than how it looks, but not at the expense of stumping him. We want it booth ways and pacing is the tool to fullfill that. It’s gonna be a tough nut to crack but with enough Focus testing things should work out.

For the rest of the projects things are progressing well and we will have more info to share with you very soon.

It's a good philosophy. Good work!