Progress update for The Legend of Equip Pants featuring new updated sprites for several of our cast of characters.

I wanted to give an update on progress for The Legend of Equip Pants, especially because I've finished the menus and also updated all the old Episode One sprites to the new bigger, higher fidelity style. 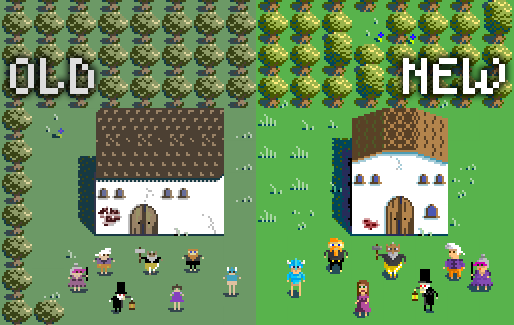 Check it out! Updated tiles and sprites! These are just some of the characters.

Here is a screenshot of me building the menus in the editor. 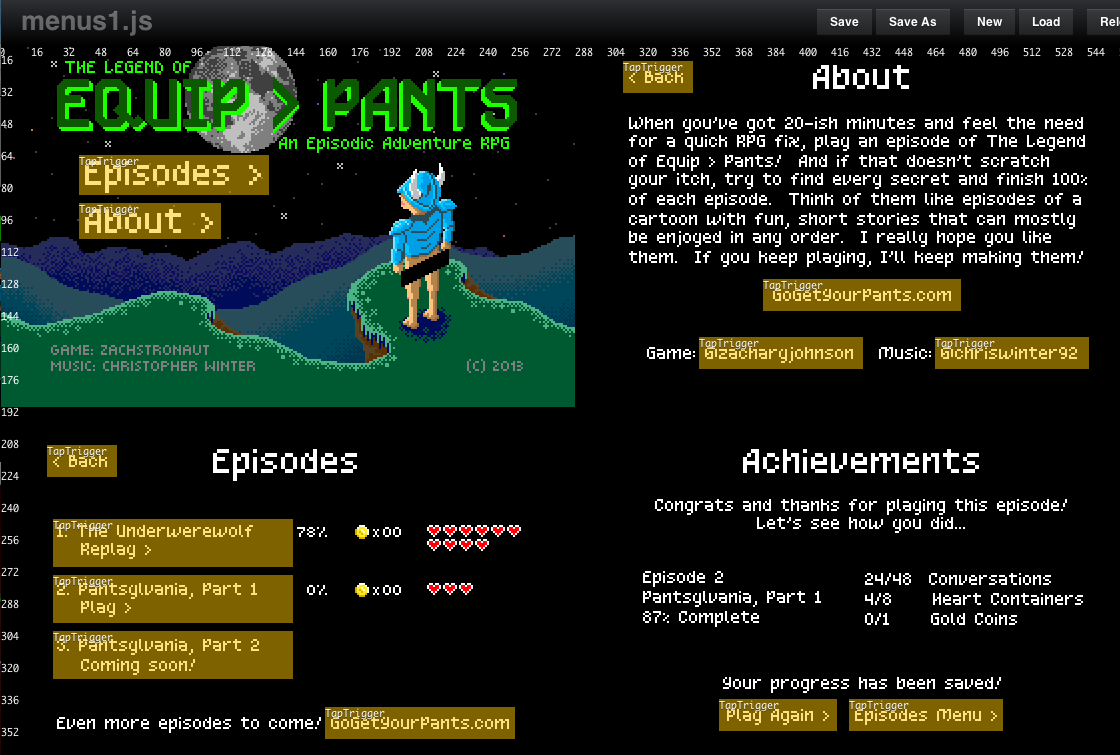 The art is so great, this game will be amazing.