A quite productive couple of weeks filled with bug-busting and experimentation.

Very productive couple of weeks due to various days off school and stuff like that.

I filled out the world quite a lot and fixed multiple bugs (minus a day/night one that I am having a buddy investigate) but the big thing was I turned the berries and plants into actors instead so I could mess with them easier. Judging by a bug I have though (where things are multiple things at once) it might not work but I hope it will!

The other big thing was work on the NPCs in towns and the work in dungeons, which is still going but slowly. There’s quite a few ways to interact with them, and some of these may or may not change but for now you can kill them, simply beat them up, pick-pocket them, trade with them, bribe them, persuade them (which might disappear!) and talk to them and hear what they know about the town, which will take a while as I try and make the dialogue as least generic as possible.

That’s all I have to say really… lots of work done, can be summed up quickly. Also, I should really get back to making games!

P.S. After some experimentation I am starting to figure out how to make ride-able horses which may feature in my next game!

NOTE: That white 15 or whatever on the HUD is for testing and will be gone soon. 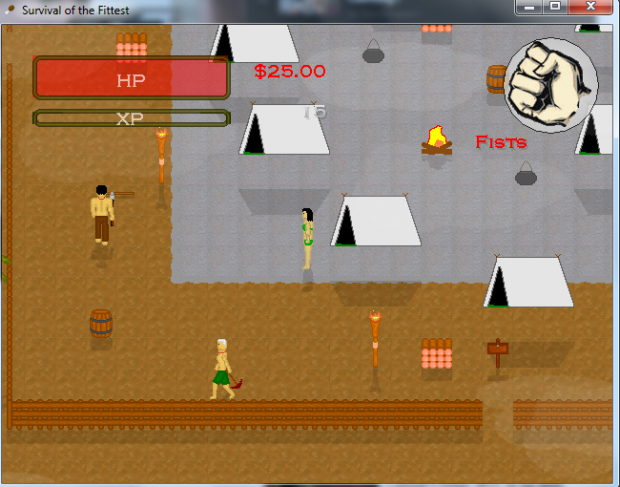